Ian Smith is part of the fox commentary team, probably because NZ doesn’t have cricket in NZ until Feb after the India ODI’s finish today

Ian Smith is part of the fox commentary team, probably because NZ doesn’t have cricket in NZ until Feb after the India ODI’s finish today

He doesn’t do any TV commentary in NZ at the moment, he’s signed with Sky and Spark have the internal NZ international rights.

*any cricket commentary on TV. He does Rugby Union work a bit, mainly as a sideline commentator from what I’ve seen.

Correct. But given this is a cricket thread…

Yes I’m aware. The statement however was

Also no Isha and Michael Vaughn. 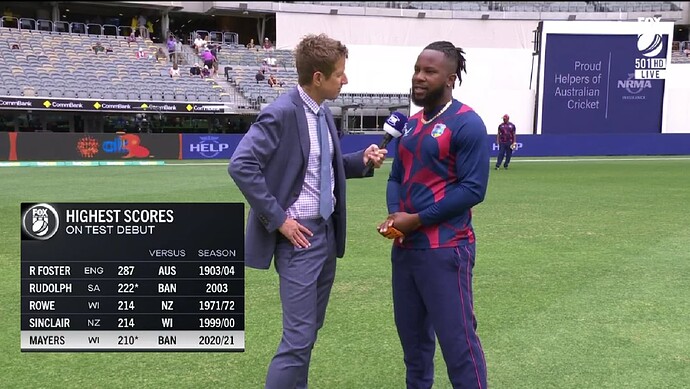 They look like the generic version of the old ones before this look, actually. Often the bottom bit would be coloured in that sport’s colour and icon (green and the chevrons for rugby league, red and a cricket ball motif for cricket, etc) but I imagine there’d be plenty of generic ones about for general sport pressers covered by (say) Fox Sports News, for instance.

Yep they say “Fox Sports” and not “Fox Cricket” like the older ones did.

Back in action today, they said she was ill.

Could it be that SKY is doing the English language feed, and PCB is thus just doing a native Urdu language feed for PAK viewers only?