Eurosport will be the exclusive home of the 2017 IAAF World Athletics Championships, which also marks Usain Bolt’s last competitive event before retirement. The channel will broadcast all 10 days of London 2017 from 2.45am AEST on Saturday, August 5. Broadcast times can be found here

Eurosport will broadcast a 30 minute highlights during every stage of the 2019 Jayco Herald Sun cycling tour, plus the final stage live. It will also air a one-hour highlights show for the women’s tour.

Eurosport will broadcast live the 2019 IAAF World Athletics Championships from tomorrow night (September 27) until October 6. Coverage commences at 11.25pm AEST tomorrow night. The event is being held at Khalifa International Stadium in Doha, Qatar, one of the venues for the 2022 FIFA World Cup.

Eurosport will continue to broadcast in Australia after signing a new deal with Fetch. The channel will disappear from Foxtel on January 31. Eurosport has found a new home in Australia after signing a supply deal with pay-tv provider Fetch TV.

Eurosport has a new Australian home on Fetch from Saturday 1 February.

Eurosport launches on Fetch from 1 February 2020 Eurosport has a new Australian home on Fetch from Saturday 1 February. Here in Australia, Eurosport is the home of passion sports serving its dedicated fans with unrivalled coverage of cycling, winter sports, snooker and athletics. We’ve secured premium, exclusive rights for some of the biggest and best events around the globe, delivering more than 2,000 hours of live sports viewing each year. Our exciting 2020 line-up includes: Cycling: Ad-bre… Eurosport jumps to Fetch after ending relationship with Foxtel

After Foxtel announced it would not be renewing its contract for Discovery’s Eurosport channel in 2019, Fetch TV has revealed it will be the new home of the sports channel, as a result of its ongoing agreement with Discovery.The move sees the...

Eurosport will be available on Fetch channel 156 on a free trial basis to all Fetch direct retail customers throughout the month of February. It will then be offered as a special interest channel for $8.99 per month. Fetch partner ISP launch dates will be confirmed shortly.

Ticker being run on screen: 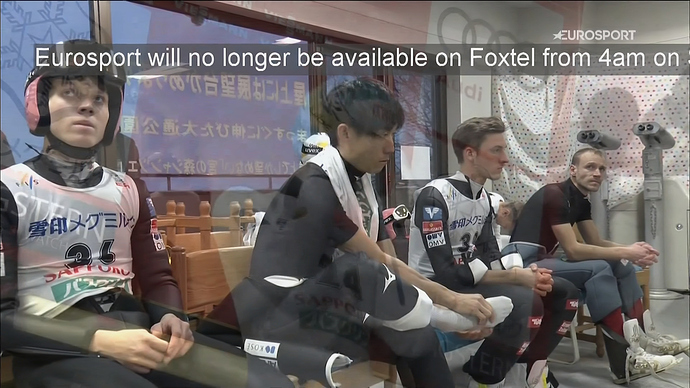 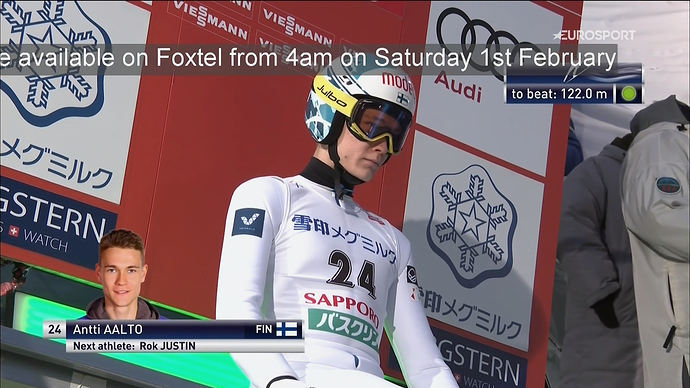 Eurosport is leaving the Australian market next month.


Eurosport broadcasts many sports like cycling, athletics, winter sports and snooker. If these events are not picked up by other outlets like Fox Sports and SBS, Australian viewers will have to watch them online.
2 Likes
JohnsonTV September 8, 2021, 10:04am #9

Eurosport will broadcast the Australian Open tennis tournament across Europe through to 2031, extending the partnership with Tennis Australia that has seen the broadcaster hold the rights in the Continent since 1995.

Discovery Sports has announced it has reached agreement with Tennis Australia to broadcast the Australian Open live and exclusively on a pan-European basis.

Good to hear, there was talk that ESPN US were going to drop their AO rights. Did that end up happening?