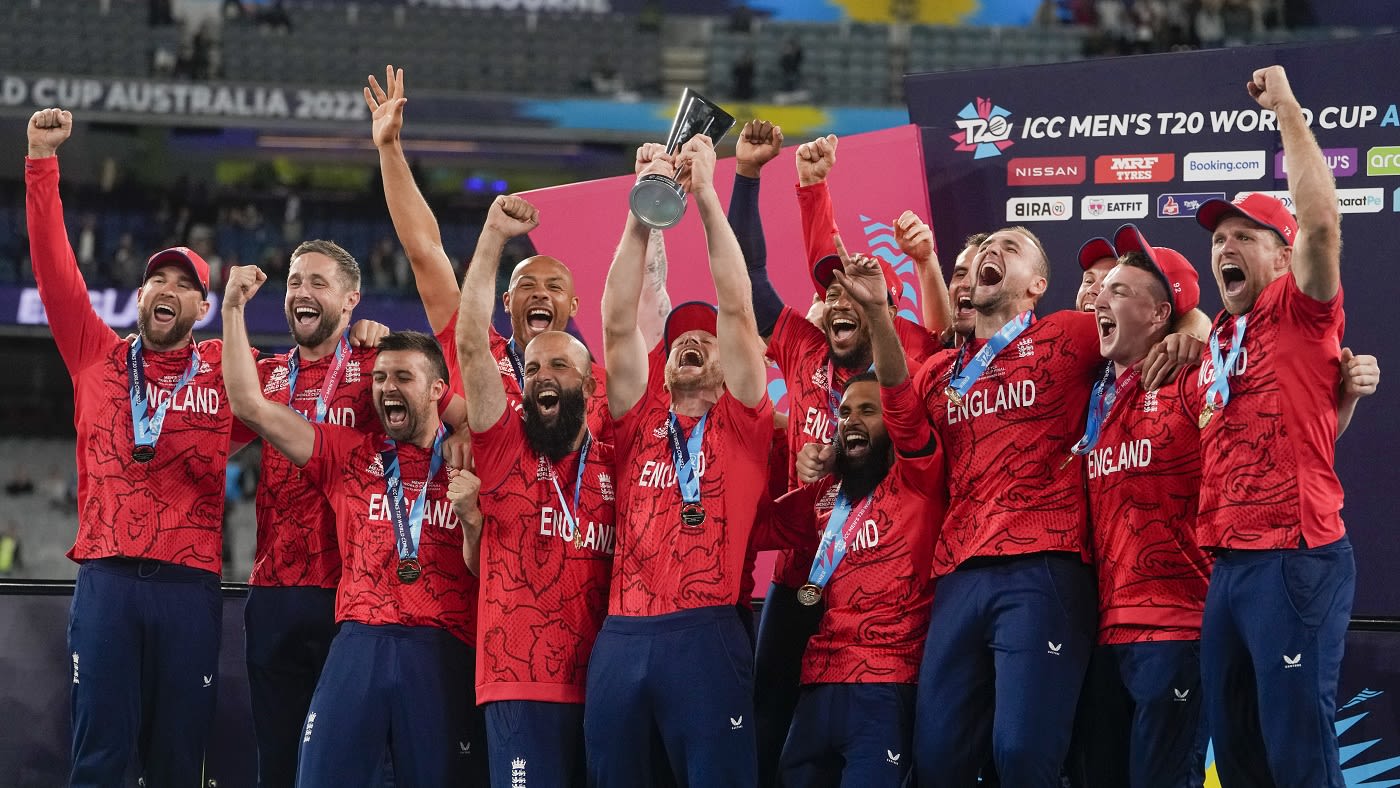 Twenty teams will be divided into four groups of five in the first round, followed by a Super Eights phase

Australia took a clean sweep of the ODI series against England, thrashing the visitors by 221 runs (DLS) in game three in front of a small crowd at the MCG tonight. It was also England’s heaviest defeat in one-day matches in terms of runs. Australia’s score of 5/355 was set up by the 269-run opening stand between Travis Head and David Warner, not only the second biggest in Australia’s ODI history but also the biggest ever ODI partnership of any wicket at the MCG. Head, the player of the match, made 152 from 130 balls, and Warner, the player of the series, scored 106 from 102 balls.

England’s run chase of 364 from 48 overs never really got going, and it was game over when Sam Billings was dismissed for 7 at the end of 15th over. Adam Zampa was the best Aussie bowler of the night, taking 4/31.

The match was reduced to 48 overs a side due to three rain interruptions during the Australian innings.

This means England finish their Australian tour with a T20 bilateral series win over Australia, a T20 World Cup title, and an ODI series loss to the home side.

Ironically after England won the T20 World Cup in Melbourne, they were whitewashed by Australia 3-0.
In tonight’s One Day International, Australia made 5/335 after 48 overs (due to DLS method) england were set 364 runs off 48 overs to win. England got off to a horrific start and never recovered where they were dismissed for 142.

I think the Poms really went home 10 days ago.

These pointless ODI and T20 series are a real pox on the game. It’s a pyrrhic victory for Australia, akin to being the world champions of Ludo.

Now for some uncompetitive test matches against the Windies…

Yeah, I’ve been watching the WBBL instead lately… it’s really quite good. I’ll be very surprised if the Sixers don’t win the final on Saturday, but I’m sick of Sixers and Scorchers winning across BBL / WBBL.

The Adelaide Strikers have beaten the Brisbane Heat by 6 wickets with 2 balls to spare in the WBBL Challenger. Bridget Patterson got ADL home with an unbeaten 45 from 26.

The Strikers face the Sydney Sixers in the final on Saturday at North Sydney Oval.

I would like to see the Adelaide Strikers win their first ever WBBL Title. The Strikers lost the WBBL in late 2019 (to Brisbane Heat) and 12 months ago (to Perth Scorchers).

I guess the only reason for the 50 over games was the World Cup Qualfiers, but both are assured of finishing Top 7 (+ India) so for them it’s meaningless.

But the qualifiers are more important around the 8th spot. West Indies currently hold that spot, but don’t have any more games to play (Afghanistan by contrast have half its games left, each team plays 24). They are basically 2 wins ahead of Ireland (who only have 3 to play at home to Bangladesh), 3 wins ahead of Sri Lanka (who have 6 games left, 3 at home to Afghanistan and 3 games in New Zealand) and 3 wins ahead of South Africa (who after forfeiting all 3 to Australia in January have 5 games left at home, 3 against England and 2 against the Netherlands). Three of those teams, plus Zimbabwe and the Netherlands, will play off against 5 minnows (at this point it will be Oman, Scotland, USA and two out of Namibia, UAE, PNG, Nepal, Canada and Jersey) for the last 2 WC spots in Zimbabwe next year.

Adelaide Strikers are the WBBL08 champions, beating Sydney Sixers by 10 runs at North Sydney Oval. It was the Strikers’ first WBBL title, after losing last year’s final to Perth Scorchers.

Batting first, the Strikers made 5/147 thanks mainly to Deandra Dottin, who smashed 52 from 37 balls. She later took 2 for 30 as Sydney were dismissed for 137 at the end of 20 overs. The Sixers were put on the back foot, losing four early wickets, including the key scalps of Alyssa Healy and Ash Gardner. Ellyse Perry, Nicole Bolton and Maitlan Brown put on a late charge but their team fell short.

AHEMDABAD: Indian batter Ruturaj Gaikwad on Monday became the first-ever player to smash seven sixes in an over in cricketing history. 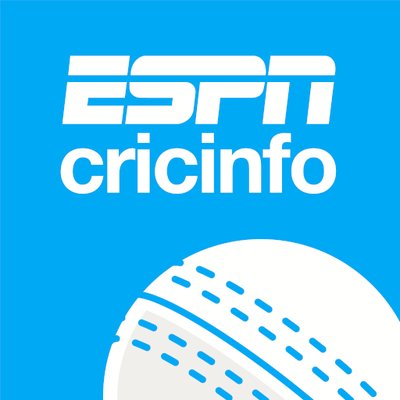 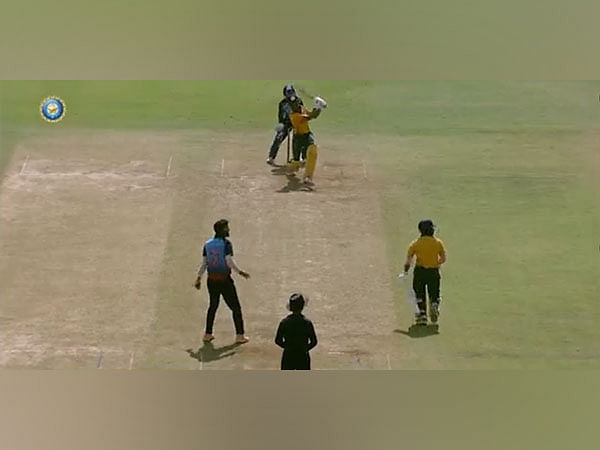 Ahmedabad (Gujarat) [India], November 28 (ANI): Indian batter Ruturaj Gaikwad on Monday became the first-ever player to smash seven sixes in an over in cricketing history. The batter accomplished this unbelievable record during his side’s Vijay...