Pete Helliar Is Ready To CRAM. 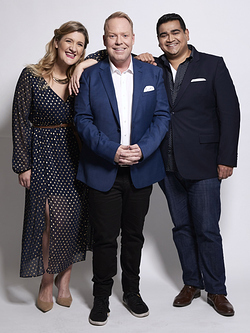 Network Ten is delighted to announce it has commissioned CRAM, an innovative and funny new weekly game show that will launch on TEN and WIN Network later this year.

Fast-paced and unpredictable, CRAM will see Pete attempt to corral two teams of comedians and celebrities as they test their memories across a series of general knowledge and current affairs categories.

Each category will be introduced with a “cram”: a brief video on any subject from dogs to Leonardo da Vinci, jeans to Justin Bieber.

The teams will be captained by acclaimed comedian Dilruk Jayasinha and actor and singer Virginia Gay (All Saints, Winners & Losers).

Divided into two teams of three, the comedians and celebrities will attempt to recall all the facts in the videos. The team that recalls the most facts is the winner.

Pete Helliar said: “I am thrilled to be hosting the exciting new television quiz, panel, game, fantasy, family-drama, comedy CRAM. It’s something I wasn’t expecting but as soon as I started playing I was hooked immediately and wanted in. It’s highly addictive and I can imagine Aussie families taking to this as passionately as I have.

“I’ve always been a big crammer. Whether it was for high school exams or news stories on The Project, I’ve crammed my whole life. I’m also thrilled to be working on another TV show for Ten, who have promised to pay me in Brashs vouchers.

“I am also very excited with the team assembled. Dilruk is not only one of the hottest comedy properties around but also joyous to be around. I suspect by the time the first season is finished Dilruk will not only be a household favourite but the autocorrect on my phone will cease changing his name to ‘Soleil’,” he said.

“Virginia has not only aced her dramatic and comedy work in All Saints and Winners & Losers in recent years but I have loved being around her passion and enthusiasm and watching her grapple with various crams is a genuine wonder to behold.”

CRAM will be produced by ITV Studios Australia and filmed at Network Ten’s Sydney studios in front of a live audience.

The team behind CRAM includes Network Ten Head of Comedy, Paul Leadon, and ITV Studio Australia’s Peter Beck (Talkin’ ‘Bout Your Generation, Mad As Hell) and Peter Lawler (I’m A Celebrity…Get Me Out Of Here!).

Mr Leadon said: “The real joy of CRAM is you can’t help but play along at home. It’s simple; all the facts are given to you, you just have to remember them. But with host Pete Helliar doing his best to make you laugh, remembering the facts can get a little tricky.”

We’re currently witnessing a comedy resurgence in Australia and we’re confident that CRAM will resonate with audiences of all ages.”

Even if this show doesn’t rate, this statement is absolutely correct, it’s good networks are investing in comedy again.

This show could be the one Ten is looking for the 6.30pm Sunday timeslot.
Pete will be a busy man since he also co-hosts The Project on weeknights but in Melbourne. He may have to be absent from the show on some nights in order to film CRAM in Sydney.
Also, won’t CRAM and Have You Been Paying Attention? compete to invite the same group of comedians and celebrities?

Ten had a pretty good track record with comedy throughout the 2000s, at least compared to Seven and Nine. GNW, Rove, Thank God You’re Here, Talkin’ Bout Your Generation and so on, and most recently with Have You Been Paying Attention and Googlebox.

Whenever Seven or Nine tried comedy it was either reliably awful or poached from Ten (TGYH) or the ABC (Kath and Kim). Starting to change but Seven proved with that shitty music quiz a year or so ago that they don’t have a clue how to do comedy.

I hope comedy is a way back for Ten. They need more Aussie content as that’s the only thing which rates at the moment. It also lessens their reliance on those US output deals with have basically bankrupted Ten now.

They also have Russel Coight later on in the year, unless it’s been pushed backed?

Is this show based on an overseas concept? I thought I saw something about a new show like this in Britain or America.

Russel’s alter ego was on HYBPA last Monday and confirmed production is under way.

This will air 7:30 Tuesdays at the conclusion of Shark Tank, that is my guess.

Episodes are filming this weekend

Ayyy I’m guessing someone got tickets

Ayyy I’m guessing someone got tickets

Close, I applied for them, but due to ‘high demand’ they were all gone,

CRAM will be produced by ITV Studios Australia and filmed at Network Ten’s Sydney studios in front of a live audience.

But the tickets website says the show will be filmed at Fox Studios this weekend (same space as The Voice?). Guess the producers need bigger set to cater for demand.

Someone did a good job updating the FAQ form which was rehashed from Little Big Shots, I’d say that the mention of Fox Studios would be a mistake also. 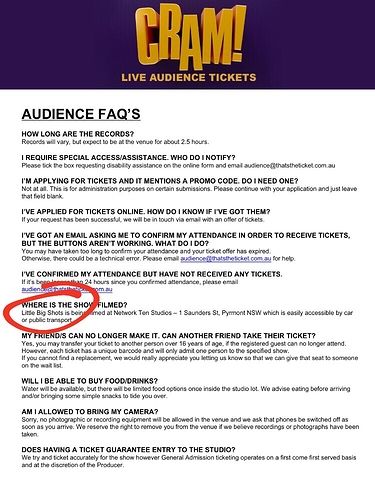 Close, I applied for them, but due to ‘high demand’ they were all gone,

We needed a reporter on the ground… 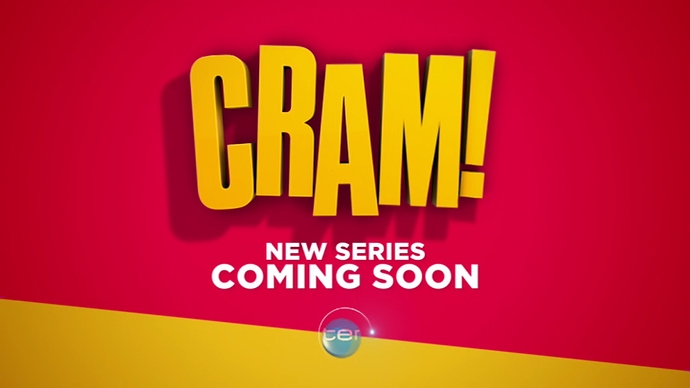 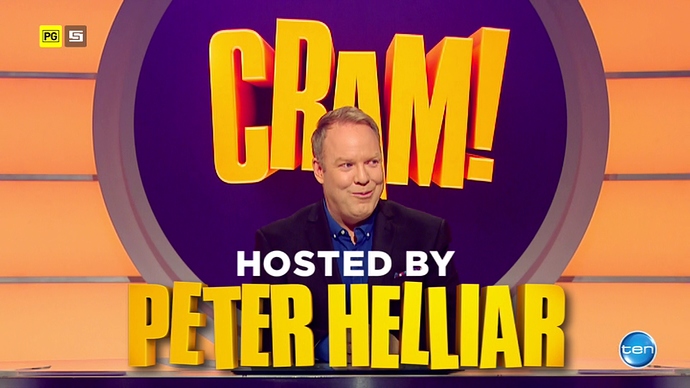 I’m getting a 90s vibe from their design style and the logo, I like it, looks different to anything else on TV at the moment. I’ll definitely give this a shot when it airs on Ten. Ten usually nails comedy quite well. Hopefully the format is interesting and keeps viewers entertained, and can evolve so the format doesn’t get tired quickly.