A post was merged into an existing topic: Analysis of the ratings system 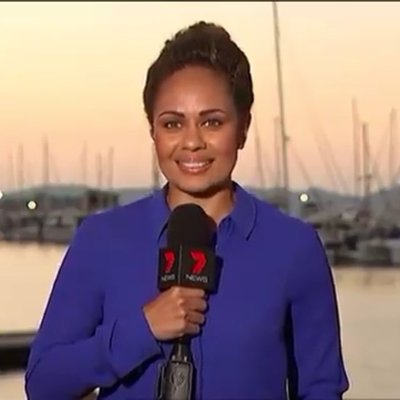 @MarlinaWhop
QLD premier @AnnastaciaMP has announced a “super weekend for vaccinations” every community hub will be open and walk-ins are allowed . Also over 60s can get a Pfizer if they want @7NewsBrisbane

There was one new case in hotel quarantine.

The most Triple jabbed country. Green passport for just about everything.

How are they counting though? If you vaccinate Israelis but not those in the occupied territories, you will never have the levels of community vaccination that can cut off transmission chains.

No where should be triple jabbing until the world has a first shot - if you let the virus bubble along in the developing world it will mutate and come back with a vengeance.

Hopefully soon there can be far more mRNA capacity come on so supply isn’t a problem and we can do appropriate boosters, but they will never work if the virus goes unchecked elsewhere.

every community hub will be open and walk-ins are allowed

Whats the deal with opening up Pfizer to the boomers? Are a few leaders getting a bit nervous about lagging vax rates?

Probably more nervous that the massive per-capita allocations of doses from the UK are going to be wasted unless there’s full accessibility to all ages. State vax hubs are getting more than double the projected September supply.

QLD and WA have been fully utilising all doses for about 6 weeks now but SA and TAS haven’t been able to for about the same timeframe.

60-69 and 70+ in SA/QLD/WA aren’t even that far behind the other states anymore like they were a couple months back. I’m surprised though that we haven’t seen any grumbles from the feds about this considering the letter the PM has sent to all 60+ urging them to get AZ because Pfizer won’t be available… Now there’s an interesting question for Media Spy’s South Australian correspondents: If they had to choose, would people there prefer to go East or West?

As someone in Perth I’d expect it’d be a rare few in SA who would prefer staying open to WA only compared to opening back up to both VIC and NSW. Strength in numbers / variety every time, I suppose unless you only had family or friends in WA.

I’m impressed how far the journos are managing to stretch a story of 2 premiers staying consistent with their respective COVID policies though.

I suppose there’s always a few who have to get their Master’s spearmint milk, though.

Hannah Scott, who works as an insights manager at 10 in Sydney, has revealed she was suffering from pericarditis after getting a Pfizer jab. A Network Ten employee who revealed she has been diagnosed with a rare heart condition after receiving the Pfizer jab, has urged Aussies to still get vaccinated.

This surprised me, surely if gun-crazy, libertarian USA can stomach far reaching vaccine mandates, there isn’t much of a reason for Australia to hesitate.

Sixty percent of Americans say they support President Biden’s vaccine mandates, according to an Axios-Ipsos poll

If 60% of Americans polled support vaccine mandates, you’d think a similar poll done here in Australia would bring back results around the 80-90% mark?

Good news that it’s not as polarising as many expected but nonetheless I would assume there’s a geographical divide to some degree.

QLD Update: one new local case overnight. Another student at St Thomas More College in Brisbane has tested positive, but is in isolation.

Leigh raised some interesting points in regards to discussions on COVID-19:

I think she’s hit the nail on the head with her analysis of Twitter.

Twitter is full of gasbags who love to hear their own voice and political junkies - mostly of the left-wing progressive flavour, but there certainly are conservative personalities on there.

The only reason it gets such traction in the media is because media personalities and journalists are exactly the type of people who regularly use it, and thus they’ll happily write articles about the latest hashtag campaign on Twitter thinking that people are interested.

I would never engage with Twitter using an account because it clearly is just so toxic once people engage with others outside of their echo chamber circle, but it is incredibly useful for finding out what’s going on in the rumour mill because it’s so easily searchable.

What I don’t understand is why journalists and other public figures choose to have a public Twitter account. You don’t need a Twitter account to research topics (search.twitter.com works fine), so that argument is moot. If you insist on having a Twitter feed so you can follow people, just create an anonymous one so you don’t receive a pile-on direct to your inbox whenever you say something that offends someone.

Keeping a public profile with full engagement/regular tweets and blocking people you think are being abusive is clearly not a sustainable strategy. It’s as effective as swatting flies in the middle of a blistering summer.

Is twitter really an echo chamber? all the state and territory elections in the last 18 months would suggest that attitudes on twitter are representative of society.
I think its Leigh Sales and the Sydney media that are out of touch and in the echo chamber.

Is twitter really an echo chamber? all the state and territory elections in the last 18 months would suggest that attitudes on twitter are representative of society.

It’s a collection of echo chambers. I think the progressive echo chamber is by far the largest, but there are definitely conservative echo chambers as well of different flavours. It’s when the two worlds collide that all hell breaks loose.

I still don’t think it’s representative of society - the Twitter progressives seem to be far more aligned to the Greens than the relatively centrist Labor governments that have been elected over the past 18 months.

Just out of interest, I’d be keen to know if anyone on here thinks they would like to wear a mask permanently into the future, once the coronavirus pandemic is well and truly behind us, even just as a cautious measure for other infectious diseases?