To start off - Nice to see the correct colours used for P and C on PLUS7. Something they still haven’t got right on 7TWO. 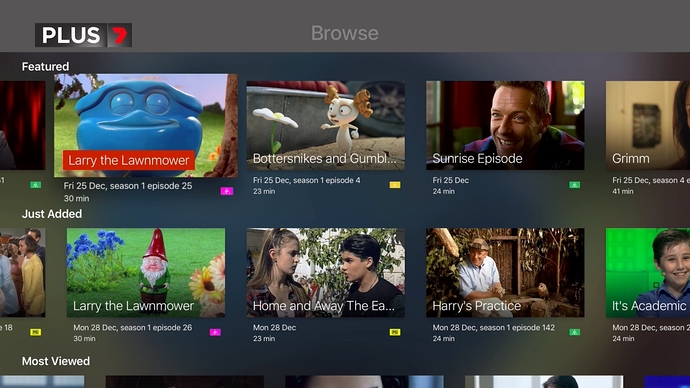 With the AV15+ violence now merged into the MA15+ classification, I have a question:

The old rules stated, if an MA15+ classified program (for instance due to ‘sexual references’), contained violence at the ‘M’ level, it still had to be mentioned as ‘some violence’.

I’m wondering whether this is still the case or not?

Because violence in the MA section now, is now listed for the old AV purposes (‘frequent violence’, ‘strong violence’ or realistic violence’ at the 15+ level).

The old rules stated, if an MA15+ classified program (for instance due to ‘sexual references’), contained violence at the ‘M’ level, it still had to be mentioned as ‘some violence’.

I’m wondering whether this is still the case or not?

Because violence in the MA section now, is now listed for the old AV purposes (‘frequent violence’, ‘strong violence’ or realistic violence’ at the 15+ level).

Technically none of those rules exist anymore. There is no more ‘frequent violence’, ‘strong violence’ or ‘realistic violence’.

And if an MA program contains any M level consumer advice, it doesn’t need to be mentioned?

And if an MA program contains any M level consumer advice, it doesn’t need to be mentioned?

As a bare minimum, yes, I think just ‘Violence’ would be acceptable. I haven’t exactly gone through the new Codes Of Practice with a fine-tooth comb, but it doesn’t appear to mention anything about what consumer advice the networks are suppose to tell the viewers if anything.

It will be interesting to see how the networks implement the new rules. Nine seem to be on the ball and have made changes. Seven and Ten haven’t done much yet.

I think it’s safe to say, Ten haven’t done anything in a decade & are unlikely too

Still saw a 2006 pre-recorded PG classification for both Dr. Phil & The Talk (at Midday & 1pm reapectively).

I’d laugh if I saw an AV15+ classification…

Watched “Basic Instinct” tonight on 7Mate, a cult thriller from 1992.

I could already tell Seven were airing the pre-cut (US version), which would probably be the equivilent of MA15+ anyway.

I agree with the above from what I saw on 7Mate, except for:

-Why not “Strong Sex Scenes”. Perhaps the edited version they used, indeed didn’t even end up warranting that for the sex scenes? Funnily enough.

-Should have had “Some Coarse Language”. Yes whilst it’s MA, there can be relaxation on non-very coarse or frequent language (i.e.) at the M-level. But there were still around 40 F-Worda used, many in a clear & sexual nature. Hence you usually see many MA shows with “some coarse language”. Please explain Seven?

-Cocaine was references numerous times, with a cocaine tray observed in one scene. This would be at the upper-end of “drug references” at the M-level. So I guess that’s okay Seven.

-Nudity was listed on the

Anyone noticed since 2006, Ten are the only network with a ‘classification order’? Always like below.

Btw, is anyone able to record the classification board of “The Doctors” (former daytime show), at 1am on Tuesday early morning?

So there’s a YouTube video that has Channel Ten’s “MEDICAL PROCEDURES” available. 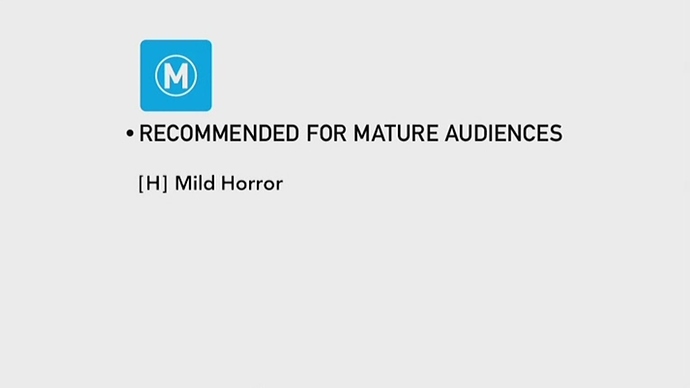 I haven’t really been keeping an eye on how the new time slot rules have been implemented, but dos notice an M rated episode of Hardcore Pawn on Mate earlier in the week.

Presumably this is how they’d test the waters - start with the multichannels and go from there.

Watched “Basic Instinct” tonight on 7Mate, a cult thriller from 1992.

I’ve placed a call to your mother and she was NOT impressed. Think you’re grounded, bud.

The Doctors & M - Mild Horror… That’s weird (I think it should have been “horror”, like this one below:

Isn’t “mild” an intensity level, used only for “PG” classifications?

And no, mother didn’t know, haha! Good film though.

Something interesting to note about two similar but different long-running sitcoms.

Due to the fact, Everybody Loves Raymond never had episodes referencing to ‘sex’ or ‘sleeping’ or ‘orgasm’ a few times during an episode. It was also handled more carefully than Seinfeld.

I wouldn’t describe ELR and Seinfeld as similar at all.

It’s an insult to the creators of Seinfeld for one…

ELR wishes it was held in the same esteem as Seinfeld.

Luke’s probably the kinda guy who gets a good laugh out of Rules of Engagement, According to Jim or Two Broke Girls

They’re both very different programs & I love them both.

I was meaning they were both similar, in terms of sitcoms.

Anyway, I was making the point in this thread, one tended to lean ‘more adult’ and the other ‘more family suitable’. Would you agree?

has NZ got Seinfeld yet?

yep. Jealous? Want me to send some video tapes over for you?

Wouldn’t work with his Betamax.

nah nothing works cause I run it all off MS servers

The Communications Minister has announced that the classification code that the commercial stations registered with ACMA that allows M rated programs at 7.30pm will be reviewed in 12 months time. This follows attempts to block the changes by some MPs were unsuccessful.

Liberal MP Rowan Ramsey failed in his attempt to stop the code but Minister for Communications and Arts Mitch Fifield has flagged a willingness to review it after 12 months.

“The Minister has asked the ACMA [Australian Communications and Media Authority] to carefully monitor complaints and enquiries received from members of the public about the operation of new time zone arrangements for ‘M’ and ‘MA15+’ programming, with particular regard to child audiences and provide a report to him by December 1, 2016,” a spokesperson for the Minister said.

Mr Ramsey said he was “not over the moon” about the Minister’s response but he was pleased the issue was being taken seriously.

“I may have preferred a slightly shorter timeframe but as far as I’m concerned I will be watching very closely,” Mr Ramsey told the ABC.

He has vowed to raise the issue again with senior members of the Government before December if he sees “inappropriate material” put to air.