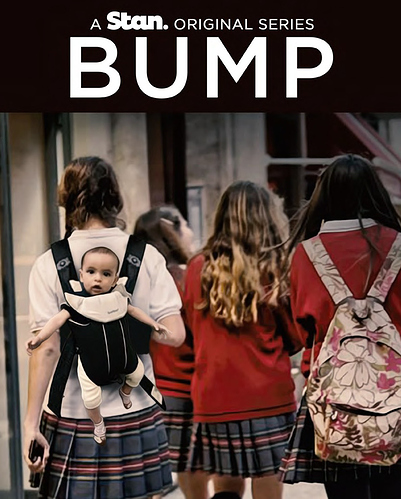 Starring Claudia Karvan, the drama series reunites the team behind Love My Way and The Secret Life of Us.

Stan today announced that production has commenced on the new Stan Original Series Bump , with major production investment from Screen Australia – and will premiere exclusively on Stan in 2020/2021.

Stan Original Series Bump is a 10-part drama series that centres around Oly (played by Nathalie Morris ), an ambitious and high-achieving teenage girl who has a surprise baby; and the complications that ensue for two families. Set in and around a high school in contemporary inner Sydney and following the main characters home, Bump explores unexpected motherhood, unwelcome new relatives, and unintended consequences with humour and emotional honesty.

The series stars Claudia Karvan (Stan Original Series The Other Guy ), who leads as Oly’s mother Angie and also acts as a producer of the series. Claudia is joined by a diverse cast of new and exciting talent including, Nathalie Morris (Oly), Carlos Sanson Jnr , Catalina Palma , Safia Arain , Paula Garcia , Ioane Saula , Peter Thurnwald and Ricardo Scheihing Vasquez who play the school friends and Chilean family of the young father of Oly’s baby.

Directors are Geoff Bennett (Stan Original Series Wolf Creek ), Gracie Otto (Stan’s The Other Guy ) and Leticia Caceres ( The True History of Billie the Kid ). The series is created and co-written by Kelsey Munro and Kelsey is joined in the writing team by Jessica Tuckwell , Timothy Lee , Mithila Gupta and Steven Arriagada .

Bump is a sharply funny and fast-paced relationship drama which explores the unplanned and life-changing consequences of the impulsive moments in life.

Sally Caplan, Head of Content at Screen Australia, said: “We’re thrilled to support emerging creator Kelsey Munro who has teamed up with experienced producers Claudia Karvan, John Edwards and Daniel Edwards, along with an impressive lineup of writers and directors, to bring this funny and emotional family drama to life.”

Claudia Karvan, star and producer, said: “ Bump feels truthful, funny and alive. It has a strong sense of place and its examination of intimate relationships is surprising and unsettlingly recognisable which is testament to the talent and honesty of our writers. I can’t wait to play Angie and be a part of this new Latino/Anglo family, brought together by a shocking, cryptic teen pregnancy no less.” 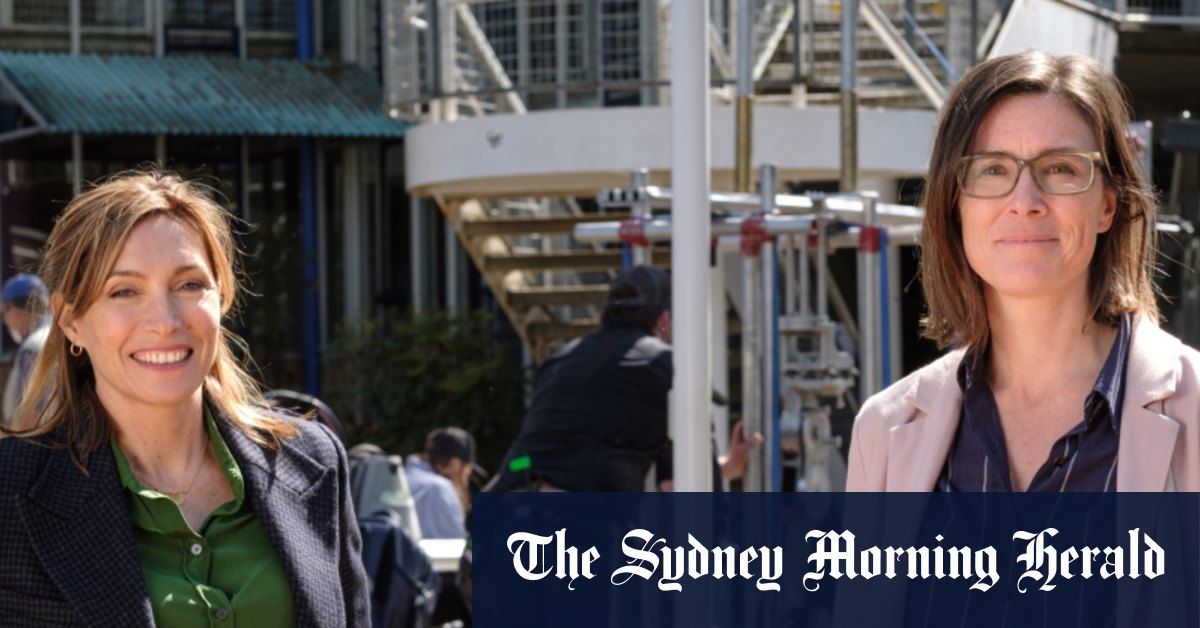 With little experience and no screen credits, a strategic policy analyst from Canberra has been given her own show by the team behind Love My Way.


SMH notes that the series has been filming in inner west Sydney since August, and is due to screen on Stan by the end of this year.
JBar December 29, 2020, 1:14am #3 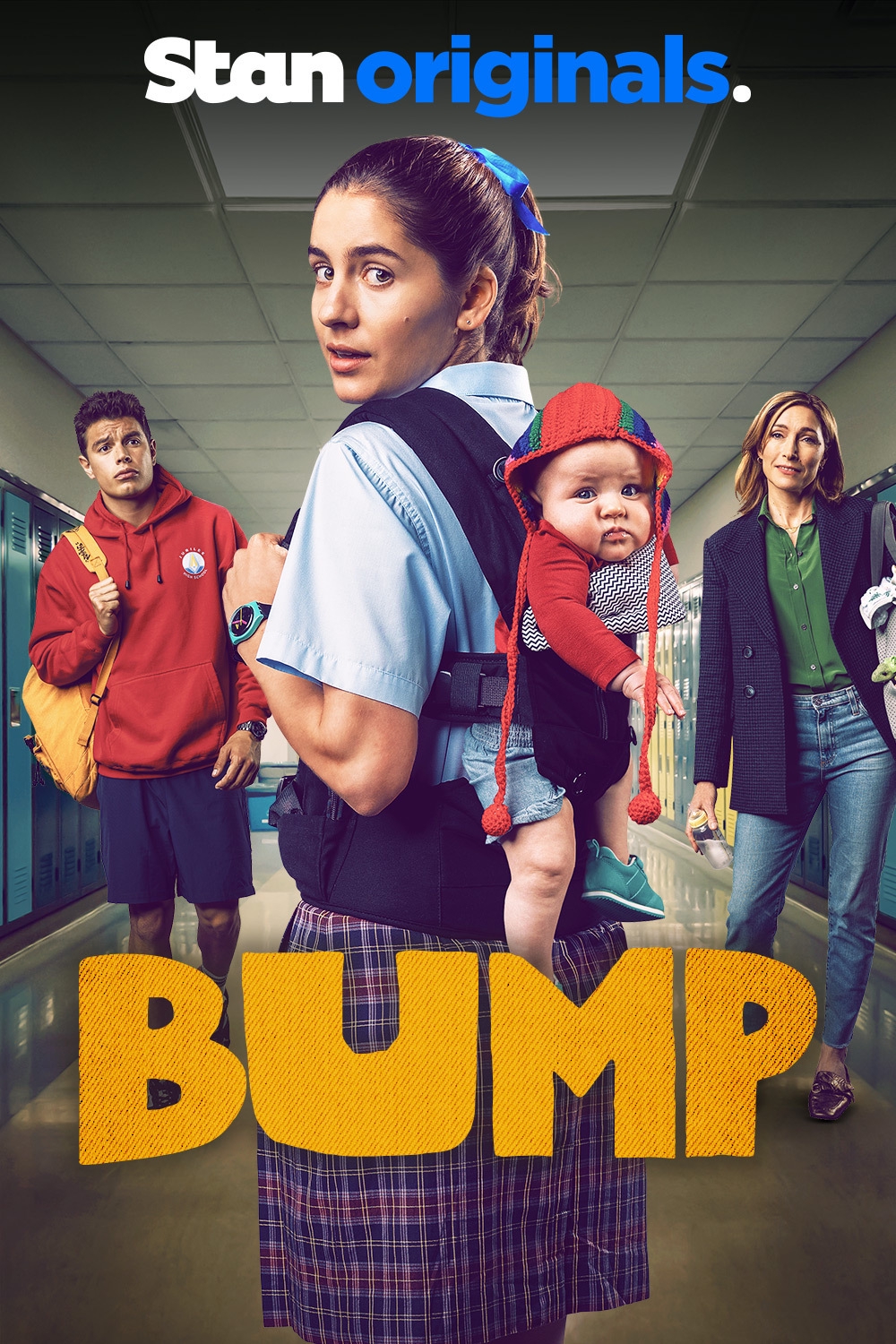 From the team behind Love My Way and The Secret Life of Us comes the Stan Original series Bump. The series centres around Oly, an ambitious and high-achieving teenage girl who has a surprise baby; and the complications that ensue for two families.

Really looking forward to this!

I’m only 2 episodes in so should reserve judgement but it is a fun little show so far, lots of heart in it and great performances.

It is a big thumbs up from me so far.

Australia’s unrivalled home of original productions, today announced that the Stan Original Series Bump has been commissioned for a second season.

The series, which reunites the team behind Love My Way, has broken viewing records for Stan since its launch on New Years Day. The critically-acclaimed drama, which received glowing media reviews, has now started on development for a second season, with filming to commence in 2021. Confirmed cast and filming dates will also be announced at a later date.

Claudia Karvan , star, co-creator and producer , said: “ Bump is the show we needed now - a show that is authentic, full of heart and humour and is testament to our resilience.

“We all are champing at the bit to get back into the story room and bring these characters to life again. Stan have been the ultimate collaborators and we’re looking forward to working together again.”

“We’re really looking forward to bringing fans of the show a second season, and working with Claudia Karvan, John and Dan Edwards, Kelsey Munro and the team, to see where the journey of Oly, Santi and baby J takes us.”

Stan Original Series Bump is a 10-part drama series that centres around Oly, an ambitious and high-achieving teenage girl who has a surprise baby; and the complications that ensue for two families. Set in and around a high school in contemporary inner Sydney and following the main characters home, Bump explores unexpected motherhood, unwelcome new relatives, and unintended consequences with humour and emotional honesty.

Season one of the sharply funny and fast-paced relationship drama is directed by Geoff Bennett (Stan’s Wolf Creek ), Gracie Otto (Stan’s The Other Guy ) and Leticia Caceres ( The True History of Billie the Kid ). The series is created and co-written by Kelsey Munro ; with the writing team also consisting of Jessica Tuckwell, Timothy Lee , Mithila Gupta and Steven Arriagada .

Filming for Season 2 will start in 2021. Confirmed cast and filming to be announced at a later date.

Audience. How many new subscribers it generated and how many people on the platform consumed the whole series. You get a lot of series where people come in and watch one or two episodes, but the engagement from the subscriber base for Bump was the best we have seen. The creative team did a great job under John and Dan Edwards, and Claudia Karvan is not just a great actor, she is also a marvellous producer. She goes at everything with unbelievable passion and dedication. That series, when you look at the cost per hour, is not too different to buying a premium show internationally. With the rise of on-demand there will be a significant growth in the number of productions that will happen in this country to support that rise in SVOD services.

It was such a great little show I loved it. I consumed the whole thing across like 2 or 3 days. I haven’t gotten into many of the Stan Originals just this and The Other Guy.

Season two begins with Oly and Santi in a new place of hope and uncertainty. They’ve had a baby, fallen in love, moved in together and then back out; now they might even get to know each other. Just four-ish months into baby Jacinda’s life, both families are also about to deal with the fallout after Rosa discovers Angie and Matias’ transgression.

Oly will be caught between her big dreams and her very small, rather high maintenance and yet adorable reality. Santi will find his unexpected fatherhood is taking him back to losing his mother as a child, and the impact it’s had on him and his dad. He’ll learn on the job about good decisions and bad ones, and the kind of father he really wants to be. A newly free Angie will be torn between her feelings for Matias and her promise to Oly. Dom will get another shot, and Bowie comes home. Rosa will struggle between family and freedom and attempt to come to terms with Matias’ betrayal.

Season two sees the return of directors Geoff Bennett (Stan Original Series Wolf Creek ) and Leticia Caceres ( The True History of Billie the Kid ), with Matthew Moore ( The Great ) and Jessica Tuckwell also directing. The series is created and co-written by Kelsey Munro , who is joined again by her season one writing team: Jessica Tuckwell , Timothy Lee , Mithila Gupta and Steven Arriagada , alongside Fernanda Penaloza.

Following the series’ unprecedented success with audiences and critics alike, Bump Season 3 will begin production in 2022.

Bump to air on The CW in the states. 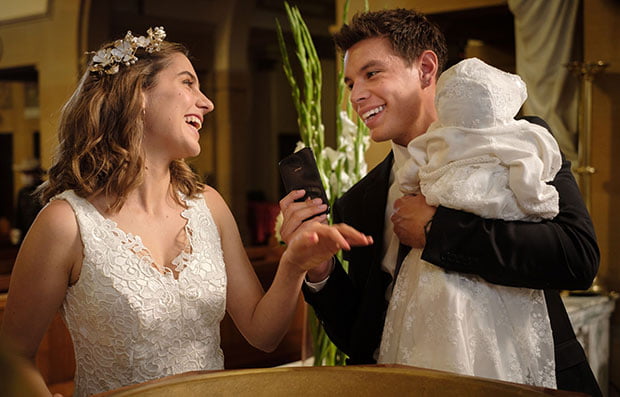 What an absolute achievement!

Congrats to the team! They should be so proud.

Its great it will be airing in the US but I tend to feel it would have been better to sell it to a streamer than CW.

It fits The CW mould so perfectly though. I think it’s a great move.

It’s airing Wednesdays at 11pm on BBC One at present. The BBC Three slot.

@StanAustralia
Australia’s favourite family is growing up! Check out the trailer for the brand new season of The Stan Original Series Bump, premiering Boxing Day, only on Stan. #BumpOnStan #StanOriginals https://t.co/5qqtVu7jM7
JohnsonTV December 7, 2021, 9:57am #19

TikTok star Millie Ford plays the school librarian in season 2 of Bump. She said she was personally invited by Stan to join the show.

TikTok’s Fictional Teacher Millie Ford Is In Bump S2, Which Is Extreme Bloody...

Class is officially in session. 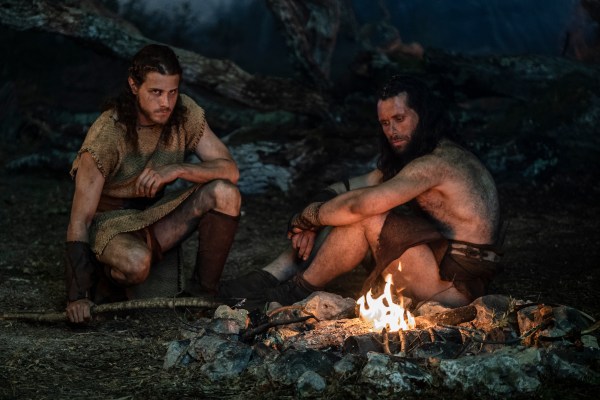 EXCLUSIVE: ITV Studios has struck a content package deal with HBO Max LatAm for the likes of The Bay, Bump and Romulus. The partnership is a first for ITV Studios and WarnerMedia’s fledgling …