The Last Year of Television will premiere on BINGE on 31 December.

Another great watch this year - again surprised that it barely rates a mention around here.

The Last Year of Television

I loved the segment on Underbelly especially watching television in 2020 on a 4:3 television without a set-top box and watching channel 9 when the TV is clearly set to 10 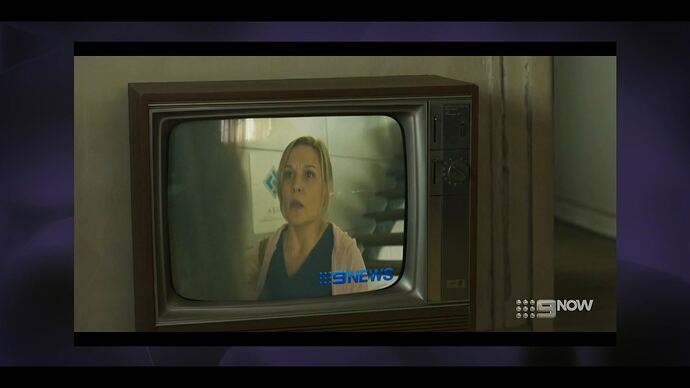 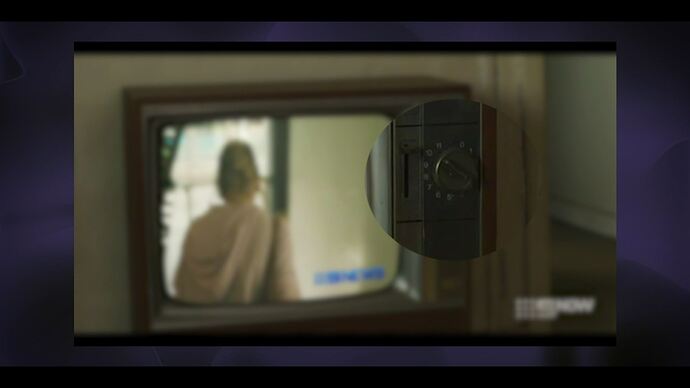 THE LAST OF US AUSTRALIAN PREMIERE 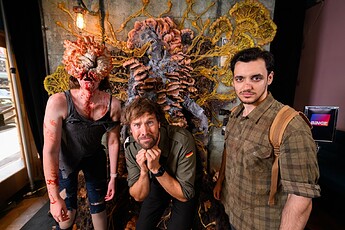 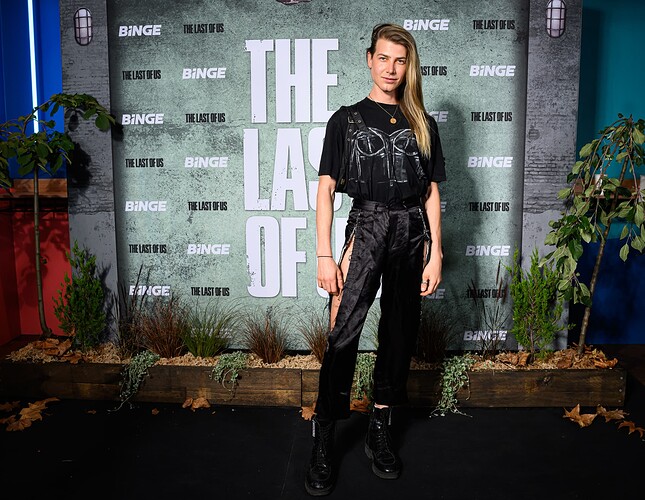 Based on one of the world’s most popular video games, “The Last of Us,” the story takes place twenty years after modern civilization has been destroyed. Joel (Pascal), a hardened survivor, is hired to smuggle Ellie (Ramsey), a 14-year-old girl, out of an oppressive quarantine zone. What starts as a small job soon becomes a brutal, heartbreaking journey, as they both must traverse the U.S. and depend on each other for survival.

The nine-episode series, based on the critically acclaimed video game, features Australian stars Anna Torv (Fringe) as Tess, a smuggler and fellow hardened survivor and Murray Bartlett (The White Lotus) as Frank, a post-pandemic survivalist.

The Last of Us premieres 16 January on BINGE, with new episodes dropping every Monday. 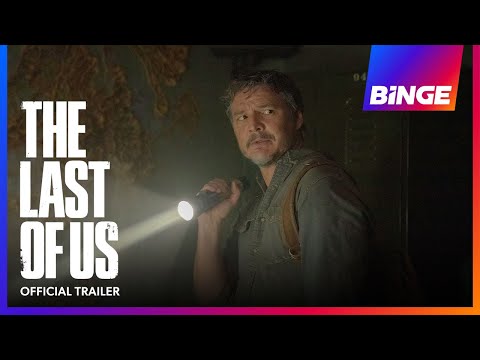 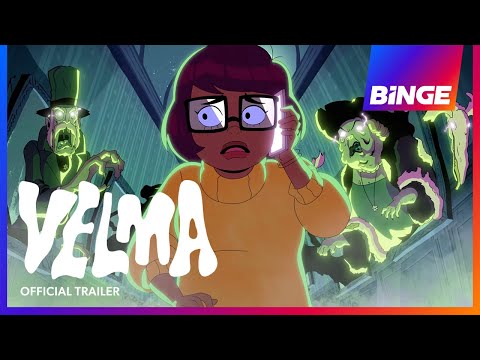 The official trailer and key art for new adult animated comedy series Velma*,*** featuring Mindy Kaling, has been released ahead of its debut today (12 January) on BINGE, with new episodes dropping every Thursday.

Velma tells the origin story of Velma Dinkley (Kaling), the unsung and underappreciated brains of the Scooby-Doo Mystery Inc. gang. The ten-episode series is an original and humorous spin that unmasks the complex and colourful past of one of America’s most beloved mystery solvers.

Joining Kaling in the Mystery Machine is Constance Wu as Daphne, Glenn Howerton as Fred and Sam Richardson as Shaggy. 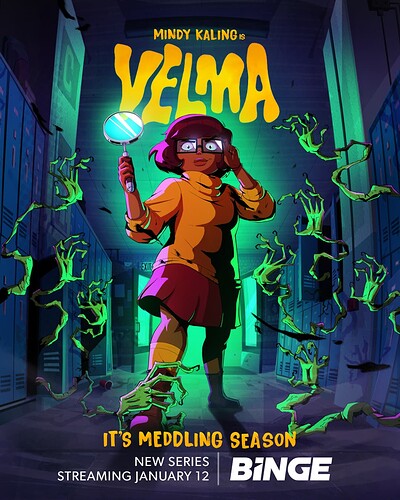 There are so many of these adult animation series now it’s getting ridiculous. 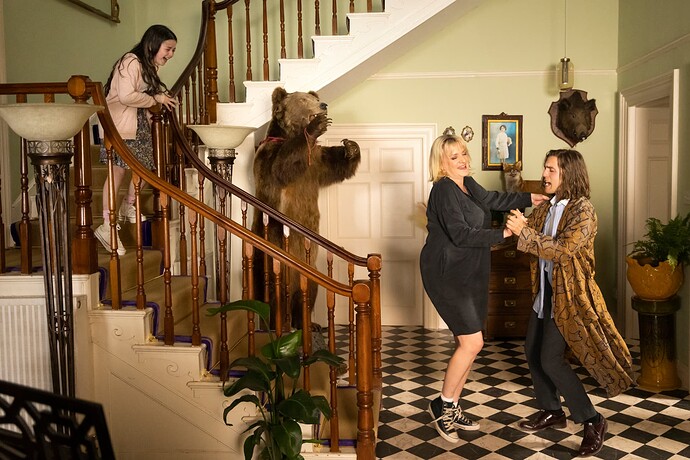 First look images of the new eight-episode comedy series Rain Dogs, from the brilliant new voice of Cash Carraway**,** have been released ahead of its 7 March premiere on BINGE.

Rain Dogs is an unconventional love story between a working class single mum, her 10-year-old daughter, and a privileged gay man.

The comedy stars Daisy May Cooper, Jack Farthing, Ronke Adekoluejo, Adrian Edmondson and Fleur Tashjian in her debut role, as a dysfunctional family on the fringes of society attempting to go straight in a crooked world. 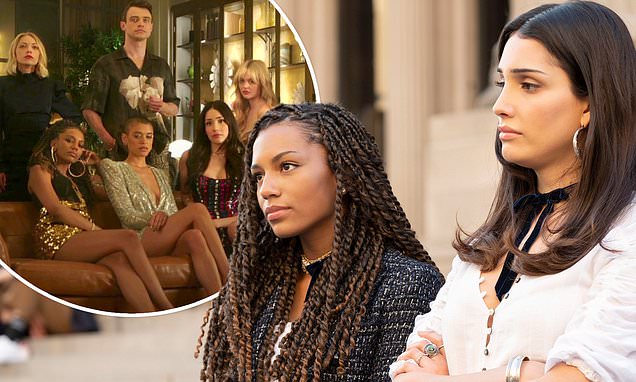 Gossip Girl CANCELED by HBO Max after its second season

HBO Max has given its Gossip Girl revival the boot after just two seasons on the streaming service. 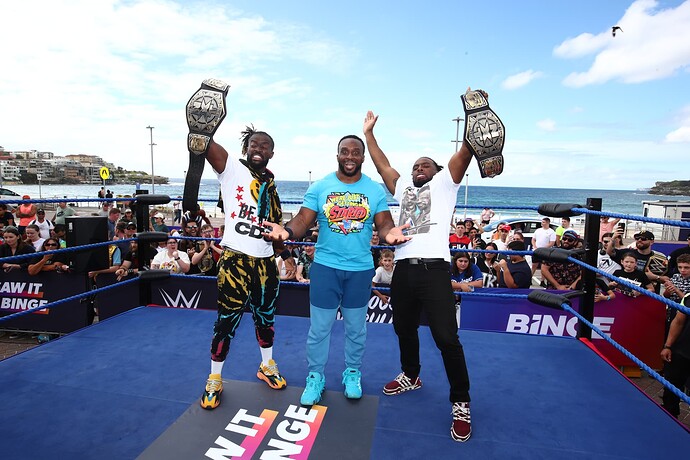 The colourful spectacle emulating a traditional WWE ring overlooking Bondi Beach gave hundreds of diehard Australian fans the opportunity to see and hear from the three WWE icons. Bringing the true entertainment experience to Australia, the ring was positioned on the iconic Bondi Beach with the trio entering in true style with their renowned entrance.

The arrival of The New Day to Australian shores marks the first true reunion of the original New Day Tag Team in over a year and celebrates BINGE, home to the world’s best entertainment*,* becoming the new streaming home of the WWE Network with all WWE Premium Live Events, including Royal Rumble (January 29) and WrestleMania 39 (April 2 and 3), in addition to WWE Network’s original programming and a vast collection of archived content all available to stream on BINGE. Fans can enjoy all the very best of WWE along with all the world’s best TV shows and movies, available with a BINGE subscription starting from just $10 per month.

The trio are one of the most successful Tag Teams in WWE history having won multiple championships, most recently Kofi Kingston and Xavier Woods becoming WWE NXT Tag Team Champions. Arriving in Australia with their WWE Championship Titles in hand, the group are a pop-culture phenomenon and some of the most loved WWE Superstars bringing with them family-friendly grit, high energy and unmissable attire.

“We can’t wait to deliver all the WWE world class entertainment to Australian fans, with every WWE Premium Live Event including this month’s anticipated Royal Rumble, available with a BINGE subscription starting from just $10 per month. Now fans can enjoy all their favourite WWE action plus the world’s best TV shows and movies on BINGE.”

WWE Superstars The New Day added: “AUSTRALIA! It’s been too long but The New Day are finally back in Oz and we’re celebrating the arrival of WWE on BINGE. We could think of no better way to kick things off than with a day at the beach surrounded by our incredible fans Down Under.” 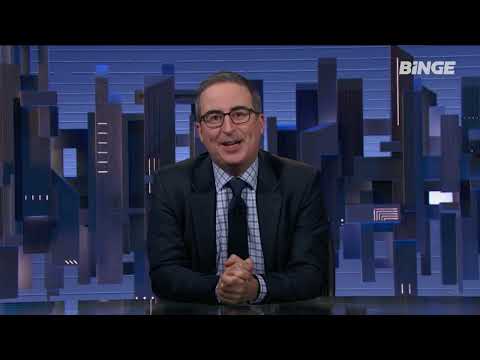 A satirical, insightful, and meticulously researched look at current events in the U.S. and around the globe, the weekly series features Oliver’s hilarious, expertly honed perspective on today’s pressing political, social, and cultural issues, as well as lesser-reported topics that both inform and entertain. Shot in New York, season ten features the show’s weekly topical insights, signature deep dives, and distinctive comedy pieces.

The series has received 26 Emmys® since its premiere in 2014. Last year, it won for Outstanding Variety Talk Series and Outstanding Writing for a Variety Series, both for the seventh year in a row. The series has also been honoured with two Peabody Awards, two Critics Choice Awards in the category of Best Talk Show, two GLAAD Media Awards, five Writers Guild Awards and seven consecutive PGA Awards.

speaking of HBO Max. any word if binge or stan is going to be staying with HBO max-content? 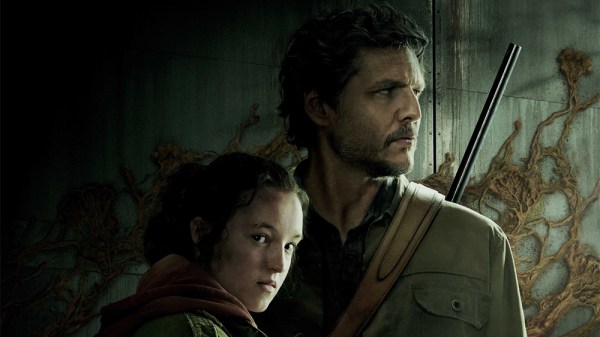 ‘The Last of Us’ Renewed for Season 2 at HBO

HBO has renewed “The Last of Us” for Season 2 faster than a deadly fungus can spread. The premium cabler has ordered a second season of the series version of the PlayStation video game … 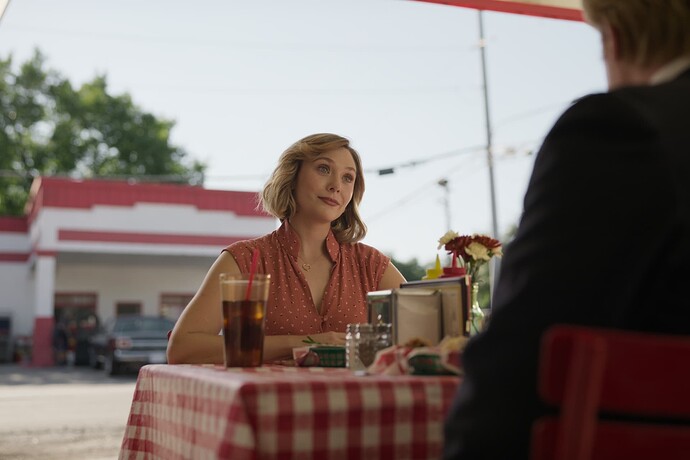 Two church going couples, enjoying small town family life in Texas, until somebody picks up an axe. The series will make its world premiere at South by Southwest 2023 in Austin, Texas.

Co-produced by Lionsgate. Executive producers: David E. Kelley (who is writing the series) through David E. Kelley Productions; Nicole Kidman and Per Saari through Blossom Films; Lesli Linka Glatter (who directs the first four and final episodes); Scott Brown and Megan Creydt through Texas Monthly; Matthew Tinker; Michael Klick and Helen Verno. The limited series is inspired by the book “Evidence of Love: A True Story of Passion and Death in the Suburbs” and a collection of articles from Texas Monthly (“Love & Death in Silicon Prairie,” Part I & II). 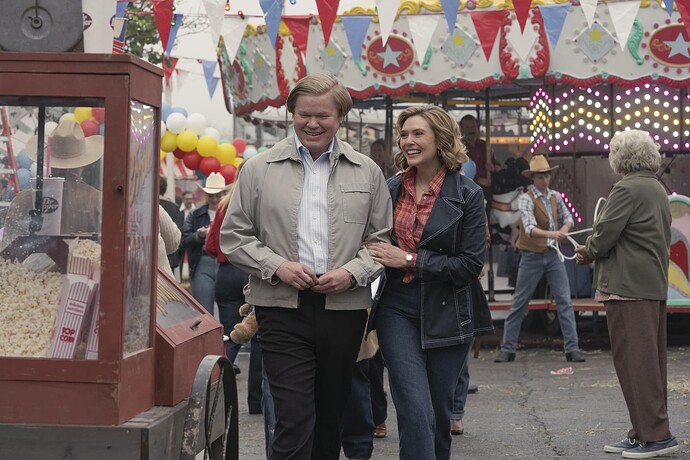 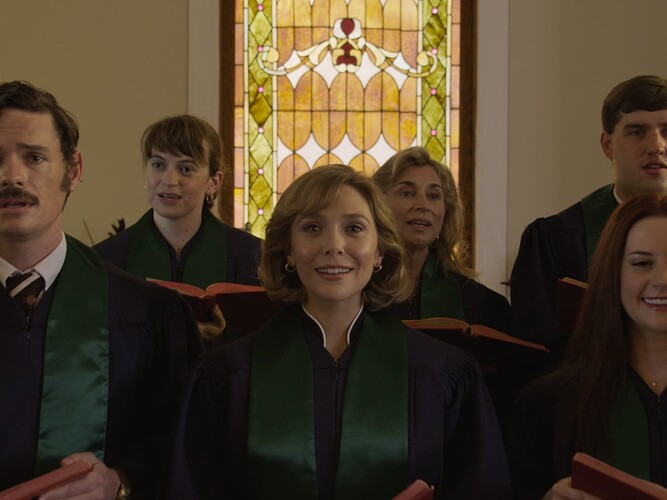 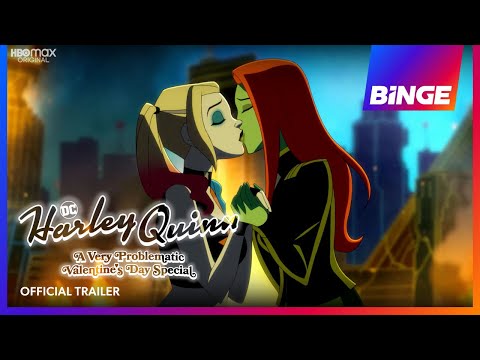 The official trailer and key art for the adult animated special Harley Quinn: A Very Problematic Valentine’s Day Special, featuring Kaley Cuoco, has been released ahead of its 9 February debut on BINGE.

As Harley Quinn (Cuoco) goes to obsessive lengths to ensure that her first Valentine’s Day with Poison Ivy (Lake Bell) is the best ever, Bane’s (James Adomian) efforts to impress an unexpected date go horribly awry. Meanwhile, after an unfortunate online dating encounter, Clayface (Alan Tudyk) engages in some self-love.

Viewers can stream Seasons 1 - 3 of the critically-acclaimed adult-animated series Harley Quinn ahead of the Valentine’s Day special on BINGE.

EARLY PREMIERE FOR EPISODE 5 OF THE LAST OF US

Episode five of the smash-hit series The Last of Us will premiere early 11 February at 1.00pm AEDT on BINGE. New episodes of the series will continue to drop every Monday leading up to the season finale on 13 March.

The Last of Us takes place twenty years after modern civilization has been destroyed. Joel (Pedro Pascal), a hardened survivor, is hired to smuggle Ellie (Bella Ramsey), a 14-year-old girl, out of an oppressive quarantine zone. What starts as a small job soon becomes a brutal, heartbreaking journey, as they both must traverse the U.S. and depend on each other for survival.

Ahead of the Season 1 finale on 13 March, viewers can catch up the first season of The Last of Us available to stream now on BINGE.

The Last of Us , based on the critically acclaimed video game of the same name developed by Naughty Dog exclusively for the PlayStation® platforms, is written and executive produced by Craig Mazin and Neil Druckmann. The series is a co-production with Sony Pictures Television and is executive produced by Carolyn Strauss, Evan Wells, Asad Qizilbash, Carter Swan, and Rose Lam. Production companies: PlayStation Productions, Word Games, The Mighty Mint, and Naughty Dog.

The Saturday release is to avoid the Super Bowl on Monday (AUS time).

how is it avoiding the super bowl? 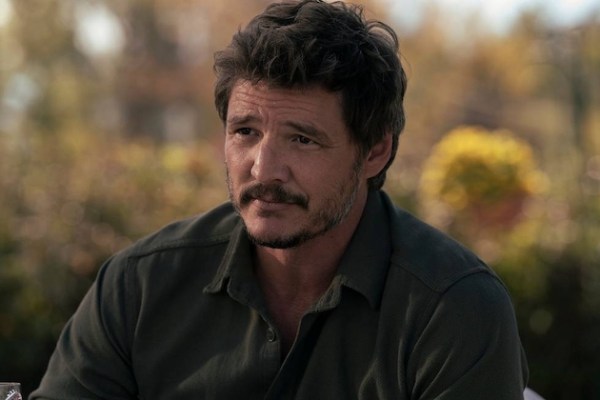 In football terms, HBO has avoided a sack. To cushion the blow The Last of Us will inevitably sustain opposite next Sunday’s Super Bowl, the pay cabler has announced that it will release Epis…