Behave Yourself! is Seven’s latest attempt at a comedy panel show. Darren McMullen will host.

It looks like Seven has given up on The Big Music Quiz already.

Behave Yourself! a comedy panel program featuring Australia’s best-loved comedians and celebrities competing in fun physical games that reveal the hilarious, shocking and fascinating facts behind why we do the things we do.

Co-developed by Seven and Eureka Productions and produced by Eureka Productions, Behave Yourself! is hosted by Darren McMullen and based on the experiments of world renowned behavioural expert and New York Times bestselling author Dan Ariely.

Is this going to be something like that You’re back in the room?

I don’t understand why they gave up on Music Quiz. It did ok.

Seven showed a promo for this last night featuring Guy Sebastian and Claire Hooper. Must have been from the pilot shot last month. 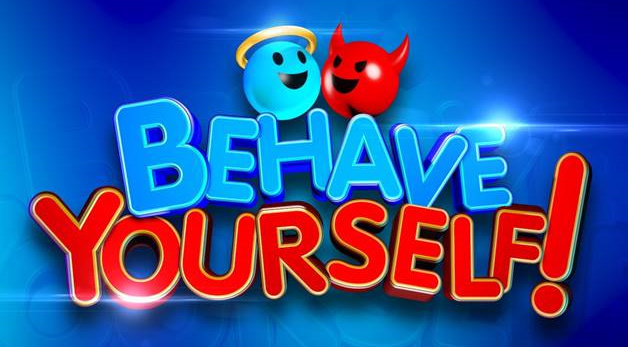 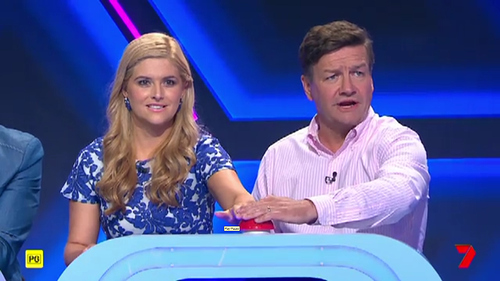 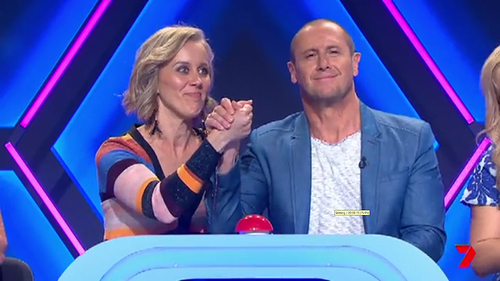 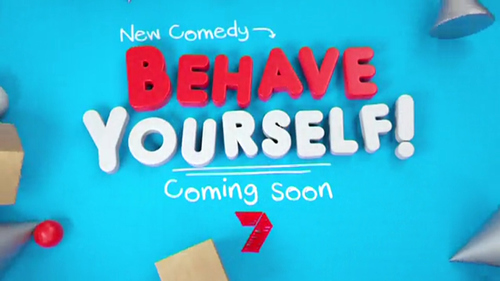 Dave Hughes claims he was dumped from the recording of Behave Yourself last weekend because of his jokes on Seven West Media CEO Tim Worner at the Logies. Sad if this is true.
http://www.dailytelegraph.com.au/news/nsw/comedian-dave-hughes-dropped-from-channel-7-show-for-ceo-gag/news-story/dae71214388db9bbbb416a3af93bc98b

Looks childish and cheap. Sick of seeing the same old ‘celebrities’ or comedians appearing on these types of panel/game shows which have no substance.

An article at SMH says that Seven has firmly denied Hughes was turned away from Behave Yourself because of the Logies gag. This will give the show quite a bit of publicity so the timing is quite suss. Radio host and comedian Dave Hughes has denied there were "crossed wires" about being shunned from a Seven Network game show after roasting chief executive Tim Worner at the Logies, but says he has since spoken to Mr Worner who did welcome him to...

Looks childish and cheap. Sick of seeing the same old ‘celebrities’ or comedians appearing on these types of panel/game shows which have no substance.

Couldn’t agree more. The fact Darren McMullen is also presenting this after The Big Music Quiz is another sign Channel Seven are out of ideas.

Dave Hughes said on his KIIS show yesterday that Tim Worner left a voicemail saying he had no idea Hughes was dropped from the show and was not happy about it, adding the ban had nothing to do with Worner himself. So it should mean Hughes gets another chance to appear on the new show.

As I thought. They’ve done it for publicity for the show.

Looks like it might rival HYBPA, probably on a Monday night. Will flop, no one else can seem to do comedy but ten.

How dumb if this happens.

Seven are sending out “Coming Soon” promos for this - you have been warned!

Apparently this show has been recorded at the ABC Studios in Elsternwick, which is strange. usually Seven opt for their former home in South Melbourne, or Docklands.

Not “apparently”. I reported this back in May. See post above on May 8.

Behave Yourself! premieres on Seven next Tuesday at 9:00 after House Rules’ final reveal of the charity apartments that will determine which teams make it to the Live Grand Final

Behave Yourself is a brand-new comedy game show that attempts to make sense of our irrational human behaviour.

Host Darren McMullen presents a mix of quick-fire Q&A buzzer rounds, break out experiments and hidden camera stunts to a rotating line-up of six celebrity panellists. They compete to reveal the hilarious, shocking and fascinating facts behind why we do the things we do, buy the things we buy and love the people we love.

Behave Yourself is a format designed to be enjoyed by people from all walks of life. With its relatable subject matter, everyone can play along at home with family and friends while shouting answers at the TV - just like the live studio audience.
Behave Yourself is built on the findings from the best- selling novel ‘Irrational Behaviour’ by New York based Dan Ariely (whose Ted Talks have been watched over7.8 million times), a behavioural economist who has become engrossed with the idea that we repeatedly and predictably make the wrong decisions in many aspects of our lives.

Behave Yourself is produced by Eureka Productions for Channel Seven.

THIS OR THAT
Guests are given one fact with two possible answers. The team that buzzes in first gets to answer. Occasionally Darren will invite teams to partake in a live experiment in front of the audience to help them better understand the psychology. Panellists might find themselves smelling twins, doing a puzzle on an exercise bike or testing their strength while staring at a picture of their mum.

CHILD’S PLAY
There are a lot of famous psychological tests done on children. These are not only informative, but extremely cute. For this segment, Darren has conducted some of these experiments on some very junior participants. For example, he gives the children a marshmallow and says if they can resist eating it while he is out of the room, he will give them two once he returns. Our panellists must predict the outcome of the experiment.

WHOSE HANG-UP?
We dig deep into the secret hang-ups of our panel to find out what little quirks they have kept out of the public eye. Each team is presented with a hang-up and must determine which of theircompetition has that hang-up. For example, who has a pair of lucky knickers, who must lift their feet up when they go over train tracks and who bailed on a first date after they accidentally blocked the toilet? This is the time for our guests to share their innermost quirks.

READY STAT GO
A quick-fire buzzer round to end the show. Darren reads out a statistic with one missing piece. Panellists buzz in to answer. When we say answer, most of the time they just get it hilariously wrong. For example – one third of people who get tattoos eventually do what? No Lawrence, it’s not sit next to you on a train. The correct answer is regret them.

IT’S BEHIND YOU
The team is tested on their ability to spot a lie. One of their opponents stands opposite them and describes a scene behind them – it could be Ella Hooper in a chicken costume, Lawrence Mooney in spandex or Sam Frost in a suit of armour. The opponent could tell the truth about that scene or lie – it’s up to the team to decipher fact from fiction by analysing the opponent’s body language.

FAKE IT ‘TIL YOU MAKE IT
One team must read the body language of the rest of the panel who have large goldfish bowls lowered over their heads that are filled with a variety of smells. One of those smells is the worst smell in the world. The four panellists inside the fish bowls must attempt to keep a straight face, while the team playing try to work out who is receiving the foul smell.