Well Ten have announced on Facebook that The Bachelor in Paradise will be on their schedule in 2018.

I’m really looking forward to this and hope they get a good selection of popular past contestants on there. I’m assuming it will probably be used to fill the gap where TBL was last year post I’m a Celeb.

Announcing: #BachelorInParadiseAU is coming! Which of your favourites will return for another chance at love? https://t.co/6BNXDZLteI 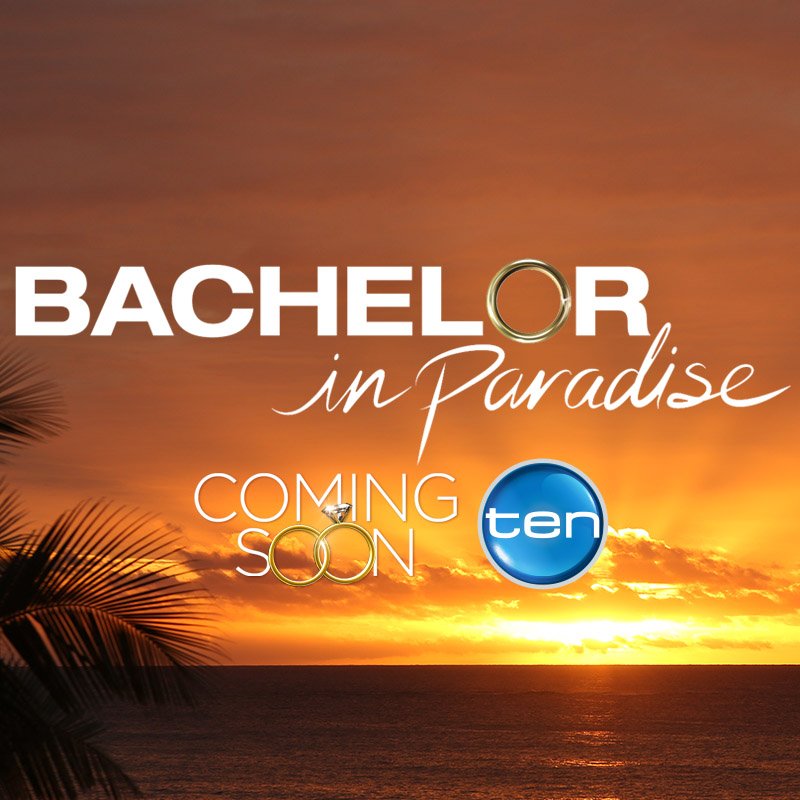 Special Event Series Coming To TEN And WIN Network In 2018.

Network Ten is pleased to announce it has commissioned the special event television series, Bachelor In Paradise, for 2018.

The exciting new short-run series will feature former fan favourites and stand-out characters from previous seasons of The Bachelor Australia and The Bachelorette Australia, returning for another chance at love.

Set in a romantic tropical destination overseas, Bachelor In Paradise will follow the contestants as they build new relationships, fall in love or face heartbreak, again.

The series will be hosted by Osher Günsberg from The Bachelor Australia and The Bachelorette Australia, who will help the cast navigate surprises, shocks, unexpected guests and some unlikely friendships.

The announcement of the new special event television series comes hard on the heels of the success of the new season of The Bachelorette Australia, which has seen a television audience increase of more than 40% compared with the 2016 season and ranks #1 in its timeslot in 25 to 54s, under 55s and total people.

Network Ten Chief Content Officer, Beverley McGarvey, said: “The Bachelor Australia and The Bachelorette Australia are proven success stories on all screens and the most talked about television shows in Australia.

“Bachelor In Paradise is the perfect complement to, and extension of, those shows. It will give viewers everything they love about The Bachelor Australia and The Bachelorette Australia, including familiar faces, spectacular dates, explosive rose ceremonies, drama, romance, adventure, laughter and – of course – love.”

Warner Bros International Television Production Australia Managing Director, Michael Brooks, said: “It is shaping up to be a huge year for Bachelor fans in Australia in 2018 with the launch of Bachelor In Paradise on Network Ten.

“The Bachelor Australia and The Bachelorette Australia have performed incredibly well, establishing the franchise as one of the most dominant multi-platform brands on Australian TV. Bachelor In Paradise is the perfect next chapter, a proven hit in the US and we know Bachelor Nation Australia will love it too.”

I’m assuming it will probably be used to fill the gap where TBL was last year post I’m a Celeb.

That was mentioned by TV Tonight in a recent story. It replaces TBL.

Well some of the hole that TBL was supposed to fill anyway, which was scheduled for 4 nights a week.

Assuming that BIP also takes the Wed/Thurs slot, Ten will still need to comisson another show/s for Mon/Tues and possibly Sundays depending on next years schedule for between Celeb and MasterChef.

Cram if it succeeds and it could be a better time for Ten to air Shark Tank.

That magarvey woman said in the AFR interview that they will have 4-5 new shows announced at their upfronts in November.

I missed this when reading the AFR article yesterday, looks like we’re in for a stripped local version

But Ms McGarvey did reveal Bachelor in Paradise would not be a long-run series, rather there would be more episodes in a shorter space of time, compared with the other iterations of the franchise.

That could mean anything. It doesn’t necessarily mean less episodes than a normal Bachelor season. It’s probably more likely that it will run 3-4 times a week across 4 or 5 weeks.

Not sure what your point is, cause that’s exactly how the article reads “more episodes in a shorter space of time” which is pretty much exactly what you posted

The latest US Bachelor in Paradise series aired over 5 weeks, but only had 9 episodes from what I can tell. If our version airs more episodes each week as McGarvey eluded to, then the Aus version will effectively have been stripped to air across multiple nights.

Not sure what your point is, cause that’s exactly how the article reads “more episodes in a shorter space of time” which is pretty much exactly what you posted

You said we are in for a stripped local version. I don’t see it as stripped at all if we are getting more episodes a week but just a shorter period of time. The Bachelor in Paradise is usually a shorter season in the US anyway.

Tara and Elora from this season of The Bachelor have told TV Week they are interested in competing on the new show.
I wonder if the Australian version will adopt the same theme song as the US version (Almost Paradise by Mike Reno and Ann Wilson, which was used on the Footloose movie soundtrack)?

Why would you wonder that?

I wonder if the line up on next Monday’s All Star Family Feud gives a hint to any participants. 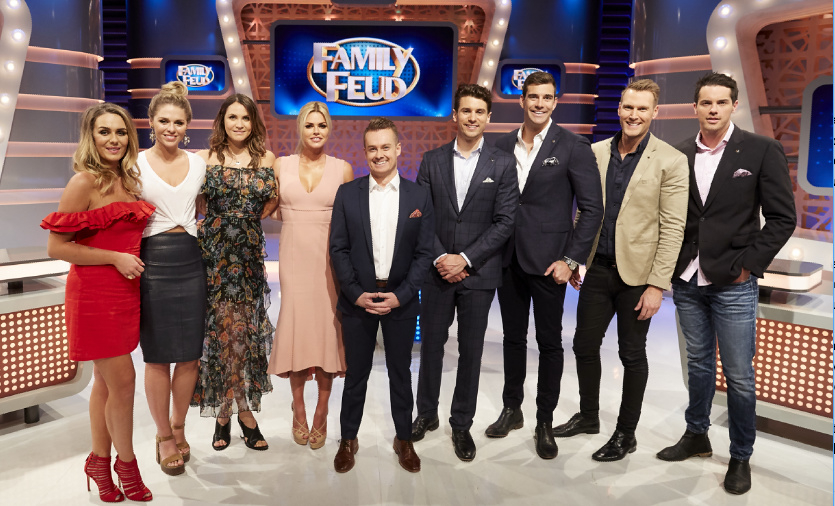 The Daily Telegraph reports Keira Maguire from The Bachelor season 4 last year and Leah Costa from season 5 have both signed on to compete in The Bachelor in Paradise. 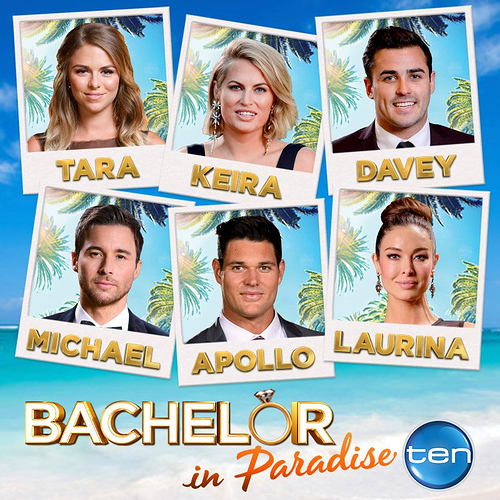 Some good gets there, can anyone say drama?

Special Event Series Coming To TEN And WIN Network In 2018. 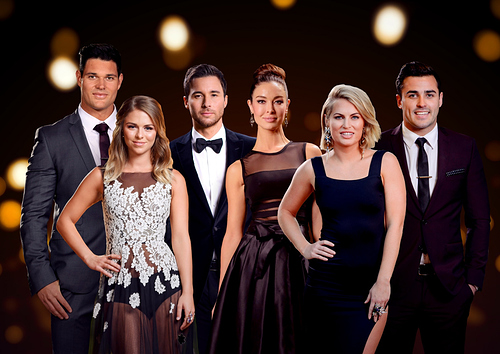 Six of the biggest characters from The Bachelor Australia franchise are back, ready to take their second chance to find love and romance in the most highly anticipated reality series for 2018, Bachelor In Paradise.

The six people are the first cast members announced for Bachelor In Paradise, which will launch on TEN and WIN Network next year.

They may have left The Bachelor Australia and The Bachelorette Australia mansions with broken hearts, but now under the watchful eye of Ten’s television cupid, Osher Günsberg, these singles will travel to a romantic and tropical paradise, hoping to turn a summer fling into the real thing.

The first six contestants confirmed to head to Paradise include Laurina Fleure, the Bachelorette who famously coined the catchphrase “dirty street pie” in reference to her unimpressive pie van date with season two Bachelor Blake Garvey.

Joining her is legendary season four villain Keira Maguire, a Bachelorette who delighted and polarised audiences, causing a national stir when she labelled a fellow bachelorette a “peasant”. Australia’s sweetheart Tara Pavlovic captivated audiences with her girl-next-door attitude in this year’s series with Bachelor Matty J and now she is ready to put her heart on the line again.

Hoping they have what it takes to win the hearts of the Bachelorettes in paradise are former professional footballer Michael Turnbull, who just missed out on the final rose with Bachelorette Sam Frost. From the same season, Davey Lloyd is back and this prankster is set to bring comedic relief to the highly emotional environment.

Apollo Jackson, the magician who put a potent love spell on the Australian public in the most recent series of The Bachelorette Australia with Sophie Monk, is ready to meet his perfect match in paradise.

Sparks will fly, romance will flourish and true love may blossom, as these six contestants, along with many more of Australia’s favourite Bachelors and Bachelorettes, explore new relationships, fall in love, or experience renewed heartbreak, all in a tropical paradise.

Network Ten Chief Content Officer, Beverley McGarvey, said: “The buzz about this series has been extraordinary, demonstrating clearly that audiences love the Bachelor franchise and are eager for more. Romantic, dramatic, funny and full of great characters, Bachelor In Paradise is set to be compelling television.”

With shocking twists, massive surprises, unexpected guests and some of the most unlikely relationships in The Bachelor history, there is no telling who will find romance and love in paradise.

NowToLove reports that the cast flew out last week for four weeks of filming. Blake Colman and Jennifer Hawke from this season’s Bachelor and Bachelorette are joining in.

Explains why Osher wasn’t at the upfronts.

Ten_Insider on Instagram posted a Christmas photshoot woth Apollo on Instagram so I assumed he was at the upfronts also.