Alan Jones Direct To The People

Apparently Alan has a big announcement to make tomorrow. He’s been counting down for it on his Facebook so probably something media or politics related. Wonder what it could be? 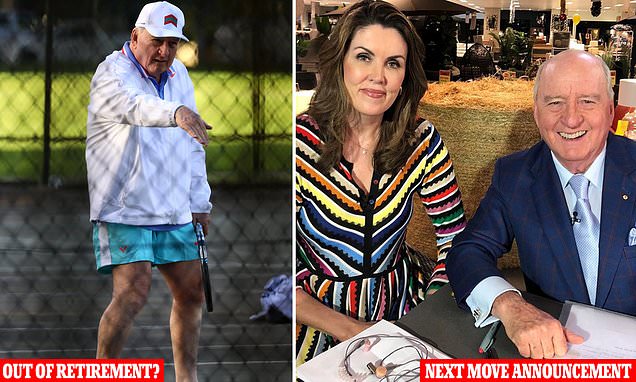 Wonder what it could be?

I mean I want him to go away as well but I can totally picture some Talkback station giving him a slot just because it would generate interest.

just retire and stay there.

Some people gets worse with age and Alan (along with Ray Hadley) belong in that category. No one needs more of their negativity and anger on air.

He had a non-compete clause in his contract which prevents him from working at another station for quite some time.

Apparently not and the speculation is he is going to launch his own subscriber website/channel to broadcast his show daily.

Apparently not and the speculation is he is going to launch his own subscriber website/channel to broadcast his show daily.

The prospect of a podcast did enter my mind when the MailOnline article but a podcast on its own seemed way too small a thing to hold a press conference for.

Although News seems to think he’s going to run for the Liberals in the federal seat of Warringah.

Alan Jones is set to make a “major” announcement about his career on Friday, amid rumours he’s considering a run for federal politics or a return to Australia’s news landscape.

His own podcast spreading misinformation

This is better than an episode of Succession

The people of Warringah do not like climate sceptics, so this would be a bold move.

tomorrow marks the beginning of the end of Alan Jones.

You mean we haven’t even reached “the beginning of the end” yet?

I mean we could always use more comedy podcasts

His own podcast spreading misinformation

surely he does this already

Do you reckon Alan is going to coach a sporting team again?

He was great with the Wallabies in the 1980s. Every player knew where they stood. If they did not perform in the first 40 minutes, he’d pull them off at half time.

Although News seems to think he’s going to run for the Liberals in the federal seat of Warringah.

Wouldn’t be the greatest idea for Alan, doing such a thing would open the door to people examining his private life a bit more in depth… tough to run as a conservative candidate with his uhh… history not coming up somehow.

This thread is hilarious. And also in the ‘who cares?’ basket.

tomorrow marks the beginning of the end of Alan Jones

Maybe he’ll announce his dying wishes will be buried at sea in a chaff bag.

Who wants to take one for the team and sign up?

Who wants to take one for the team and sign up?

Already did, haven’t received any emails from it though