Here’s a few opening shots from the last week including last night. 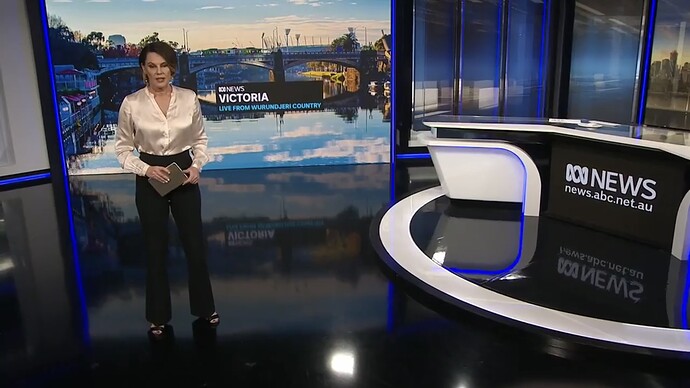 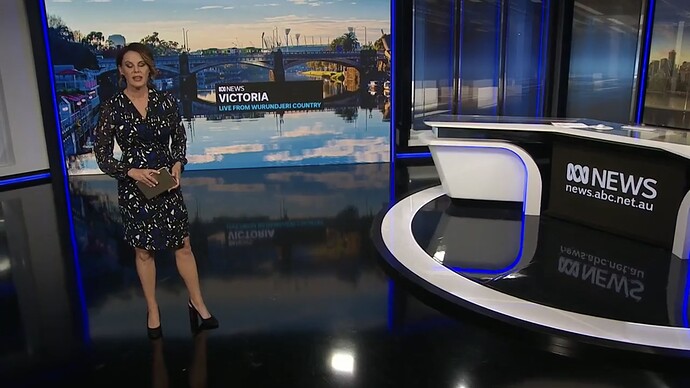 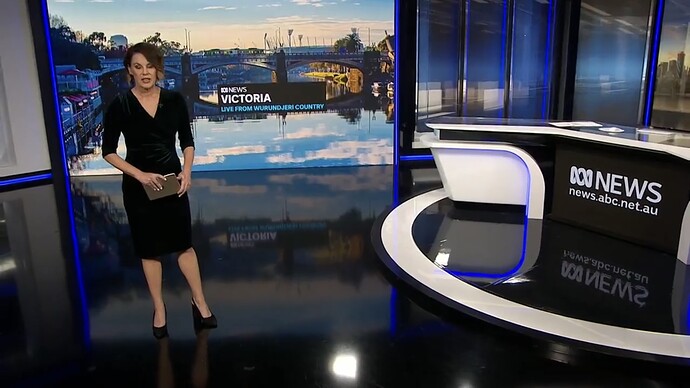 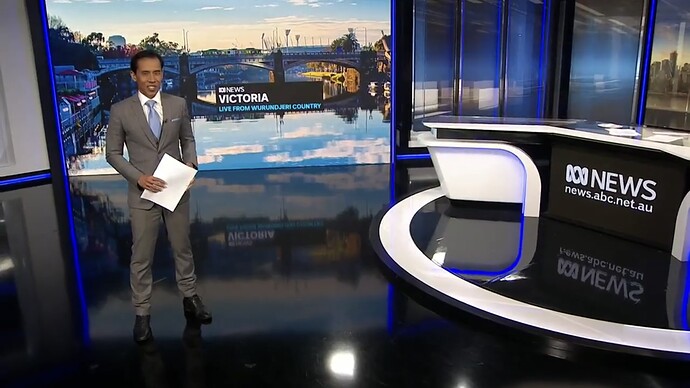 Usually the only difference is when they’ve got graphics on the video wall. 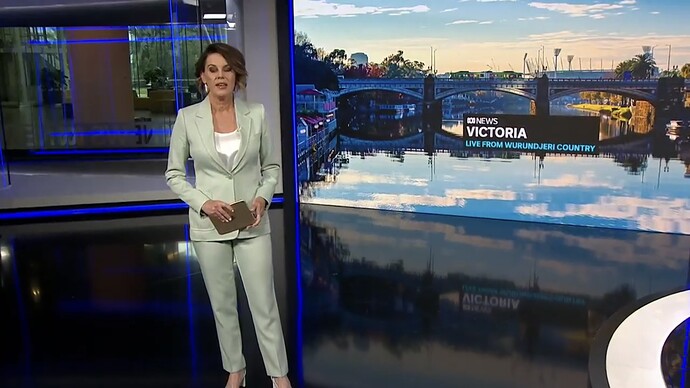 I wasn’t talking about the openers… Throughout the bulletin last night on some occasions when there was a full screen OTS there was different angle wide shots and slow zoom ins. One even showed off the screen on the front of the desk. It was very good and dynamic. 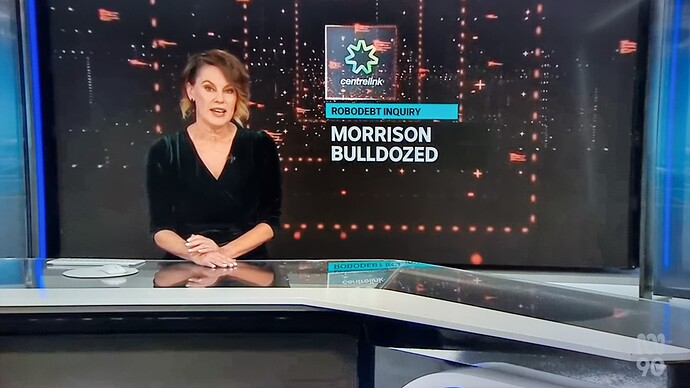 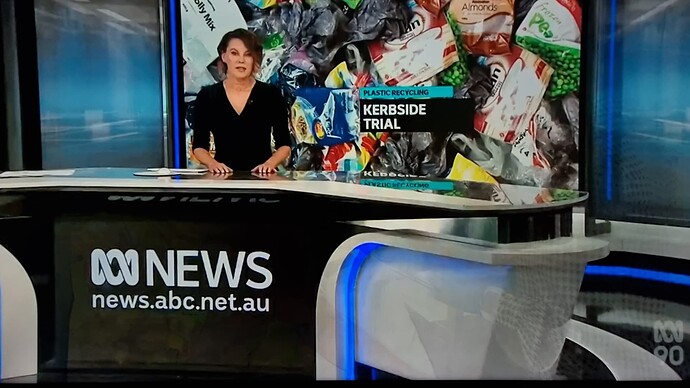 JUST IN: ABC News Tasmania viewers will get their bulletin from Melbourne tonight at 7pm. Staff have been evacuated as a precaution from the ABC building in Hobart due to smoke. More Tasmanian...

No, 7 is from another building in Campbell Street in Hobart. WIN and TDT are both in the ABC building however.

WIN does, but only the reporters as the bulletin is recorded from Wollongong. 7 Tasmania is from a different building.

Thought 7 TAS was from Launceston.

Most of the time they are but weekends and some other nights are usually from Hobart with Louise Houbaer.

I see they’ve started putting the weather in the ticker.

According to The Australian, Victoria’s Department of Health has received an official complaint into the alleged misconduct of an ABC journalist who reportedly entered the emergency room at a Geelong hospital – without permission – to do an unauthorised interview with a patient on December 20 last year. The ABC has denied the reporter failed to obtain permission from hospital staff.

It was related to this report. How Rong and his friends survived a 'miracle' night on paddleboards in Port...

Drifting on paddleboards in the dark of night as chilly winds whipped across Victoria's Port Phillip Bay, Rong Shi and his friends had "no time" to be afraid. 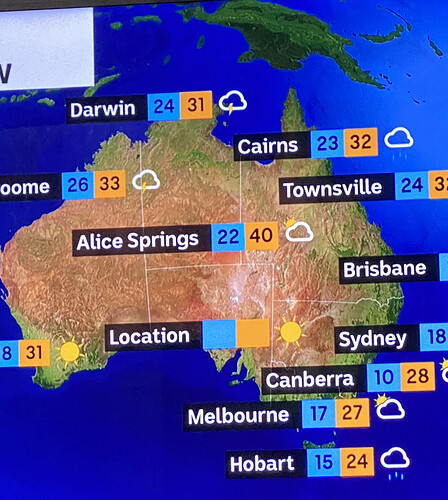 More Wokery from their abc

Adelaide is easy to forget.

Adelaide is easy to forget.

The ABC’s long-running reporting on the issues facing Alice Springs has incorporated a range of perspectives, including from residents and the business community, and we will continue to canvass people’s views and experiences as coverage continues.

Many strong and conflicting views are expressed within the community, including some that are confronting, and the news coverage reflects that and doesn’t shy away from it.

The ABC had reporters and crew inside and outside the community forum at the Alice Springs Convention Centre on Monday. One report included interviews with attendees as they left the meeting. Their comments were accurately quoted.

The above statement came as Alice Springs Mayor Matt Peterson demanded ABC chair Ita Buttrose issue a public apology and retract multiple stories on the public broadcaster that claimed the town’s community forum on Monday was beset by sentiments of “white supremacy”. Peterson told The Australian that he would give the ABC 24 hours to do so or he would be filing a formal complaint with the organisation.

UPDATE 4/2: the ABC released a statement with a partial apology on Friday evening, just hours after Liberal Senator Sarah Henderson revealed she had asked the Australian Communications and Media Authority to launch an official investigation into the reporting of Alice Springs community forum. The ABC statement is posted below.

2nd UPDATE 5/2: According to The Australian, the ABC’s coverage will be reviewed at the broadcaster’s next board meeting.
https://www.theaustralian.com.au/business/media/abcs-alice-springs-apology-stirs-more-anger/news-story/5c58ab54c49529ad7d392573ace222ff

ABC News has reviewed its reporting on the Alice Springs community meeting held on Monday 30 January.

The views of those interviewed who had attended the meeting were accurately reported and were clearly newsworthy. However, we acknowledge that one report on AM was incomplete, and did not adequately cover the full context of the meeting or the range of perspectives expressed at it. ABC News apologises to audiences for providing an incomplete picture of the event in this instance.

Over the course of the day, the coverage included information and perspectives that provided a balanced understanding of the event, including additional comments from the meeting and further context regarding allegations of racism. ABC News stands by its journalists covering this story.

The AM report remains available online, with an Editor’s Note and links to further coverage added to provide further perspectives and necessary context.

The ABC has comprehensively covered the issues of substance abuse and public violence in Alice Springs and will continue to do so.

This report includes the views of some people who attended the community meeting and their immediate reaction. Those views were reported accurately. However, this report should have included a broader range of perspectives expressed at the meeting and further information about what was discussed, to provide additional context.

ABC News apologises to audiences for providing an incomplete picture of the event in this instance. ABC News management takes responsibility. Following this report, ABC News published additional coverage of the issue which included a broader range of perspectives and context. Some of this additional reporting is available here and here.