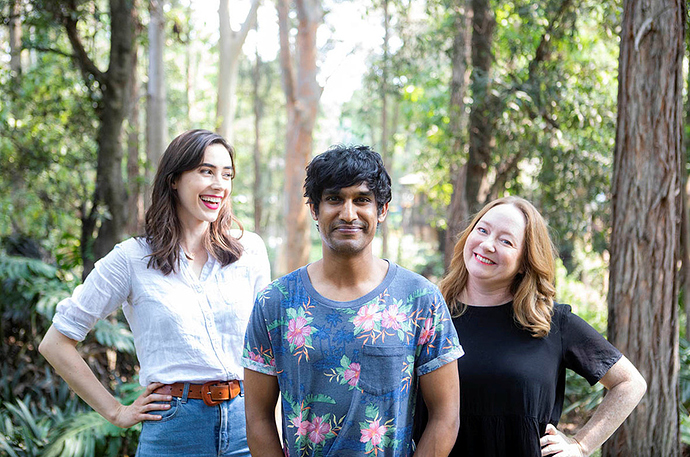 ABC, Screen Australia and Screen NSW are thrilled to announce that production is underway on the intriguing eight-part drama series Wakefield . Made by Jungle Entertainment ( Mr InBetween, No Activity, Moody Christmas ) in partnership with BBC studios, Wakefield explores the fine line between sanity and madness, with humour and heart. Delving into the hidden world of the psychiatric hospital, this highly original series created by Kristen Dunphy, will be compelling television viewing.

Kristen Dunphy and Sam Meikle are the showrunners, writing the series with Joan Sauers and Cathy Strickland.

Directed by Jocelyn Moorhouse ( Stateless, Les Norton , The Dressmaker ) and Kim Mordaunt ( The Rocket), Wakefield is a gripping psychological mystery set in the spectacular Blue Mountains. It unfolds with a potent blend of non-linear narrative, fantasy, music and dance that brings to life the fascinating characters - staff and patients - who populate Ward C.

At the centre of the show is Nik (Rudi Dharmalingam) - a gifted psych nurse, blessed with a powerful combination of common sense and intuition. Nik is easily the sanest person in what is a pretty crazy place. But when a song gets stuck in his head, a dark secret from his past begins to intrude into his present, forming an intriguing puzzle that comes together as the series builds to its heart wrenching conclusion.

Head of ABC of Scripted Sally Riley says, “Kristen Dunphy has created a complex, thrilling world in Wakefield that will grip audiences as much as it will challenge them. We’re beyond excited to bring this multilayered story to the screen.”

Screen Australia’s Head of Content Sally Caplan says, “We are thrilled to support this experienced team, including producers Ally Henville and Shay Spencer, to create such an original drama that explores the complexities of mental illness with empathy and humour.”

Jungle Entertainment Executive Producer Chloe Rickard says, “ Wakefield is undeniably authentic, poetic and powerful. Despite one in five Australians living with mental illness in their lifetime, social stigma on the issue of mental health still prevails – this series gets right to the heart of this controversial issue, whilst being hugely entertaining.“

Wakefield will be filmed in Sydney, the Southern Highlands and the Blue Mountains.

Grainne Brunsdon, Head of Screen NSW adds, “Given the recent bushfire devastation that the Blue Mountains and parts of the Southern Highlands have experienced, we’re delighted that this production will help to bring welcome investment in the areas and help a number of local businesses during filming.”

Like many other Australian shows, filming on Wakefield was suspended in March due to coronavirus. Jungle Entertainment and the ABC’s Wakefield will be among the first drama series to resume shooting after the shutdown after the producers obtained an exemption from Border Force travel restrictions for Rudi Dharmalingam. Advertisement...

The British actor will return to Australia on July 10 and after two weeks in quarantine will be ready to work when filming resumes on August 3.

All's not what it seems. New drama series #WakefieldTV explores the fine line between sanity and madness. Coming in 2021. #ABCyours https://t.co/xlkazUdlfg 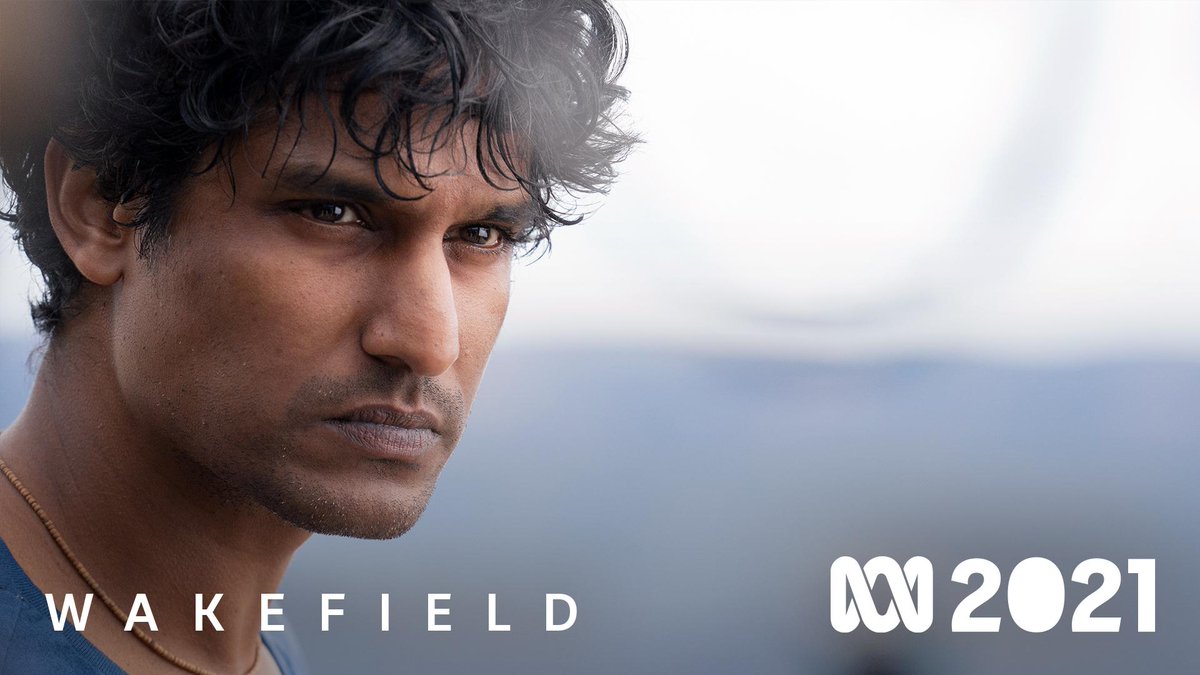 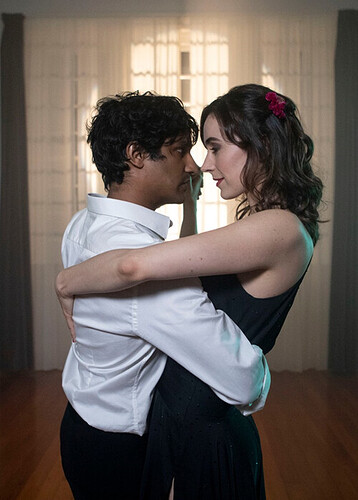 The compelling eight-part drama series Wakefield explores the fine line between sanity and madness. Set in a hospital in the spectacular Blue Mountains outside Sydney, the show tackles the taboo subject of mental illness head on. It does so through an engaging ensemble of unique characters, each with their own compelling story. At its centre is a psychological mystery:

Nik Katira (Rudi Dharmalingam), a gifted psychiatric nurse, is the most stable person in what tends to be a pretty crazy place. But right now his grip on his own sanity is slipping. The question is … why? With both humour and heart, Wakefield is a powerful and highly original series that will be compulsory television viewing. Also stars Mandy McElhinney, Geraldine Hakewill, Ryan Corr, Harriet Dyer, Wayne Blair.

According to Mediaweek, Wakefield will be part of BBC Showcase virtual presentation to overseas TV buyers, starting tomorrow (February 22).

All eight episodes will be available to binge on iView from April 2, before the TV premiere on ABC TV on Sunday, April 18 at 8.30pm. 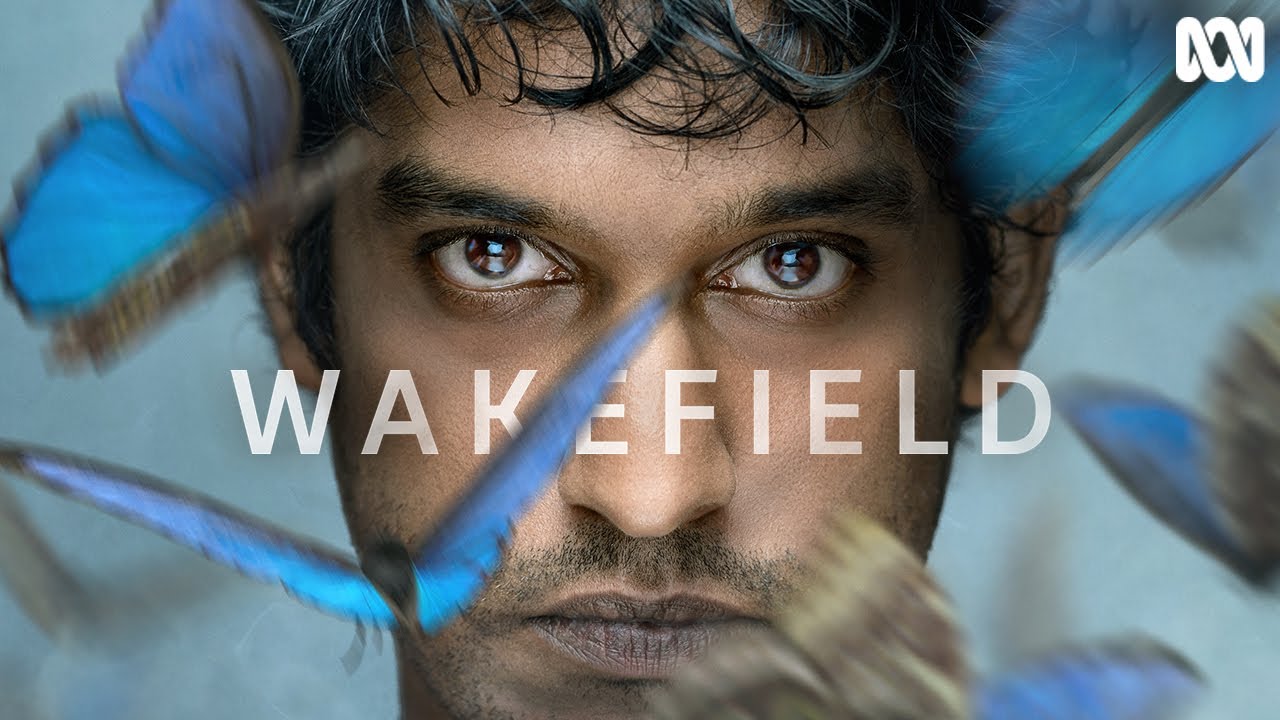 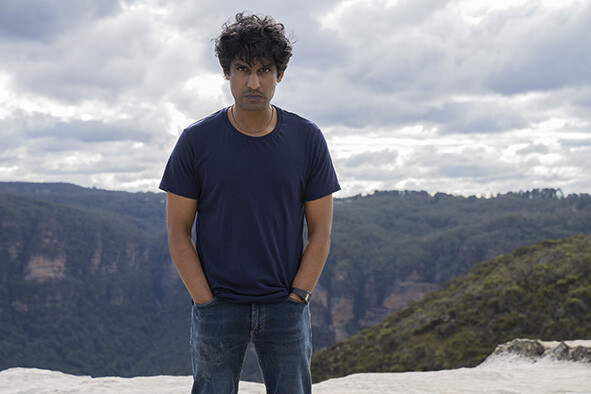 The wait is over! The ABC is excited to announce that the eight-part series Wakefield, will be available to binge on ABC iview from Friday April 2, two weeks ahead of its on – air date.

Following its iview premiere, Wakefield will air weekly on ABC, from Sunday 18th April at 8.30pm.

What happens when the go-to man – the sanest individual in a psych ward – begins to lose his grip? When the person people rely on most, loses control?

After years working as a psych nurse at Wakefield, Nik Katira (Rudi Dharmalingam) is exceptionally good at his job. With a gift for soothing the afflicted and reaching the unreachable, he’s the most stable person in what tends to be a pretty crazy place. But right now, his grip on his own sanity is slipping. The question is… why?

Set in the haunting and majestic Blue Mountains, Wakefield explores the fine line between sanity and madness. Powering the show is an intriguing psychological mystery that unfolds across eight episodes, driving to an unforgettable, emotional climax.

ABC Director of Entertainment and Specialist Michael Carrington says “We’re thrilled audiences will be able to stream all episodes of this utterly compelling new Australian drama on ABC iview. Audiences love our dramas and we’re committed to making it easier for all Australians to consume our content when they want, where they want it. Wakefield’s intriguing storylines, dynamic characters and brilliant performances, promises to leave audiences enthralled.”

Produced by Jungle Entertainment, Wakefield is a captivating series that tackles the complexity of mental illness with humour and heart.

Geraldine Hakewill is on the cover of Sunday Life magazine with Sunday Age and The Sun-Herald today. 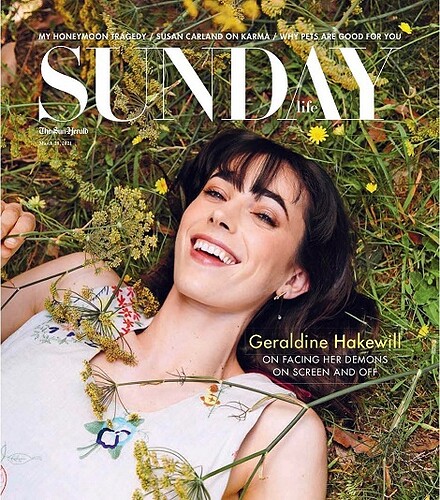 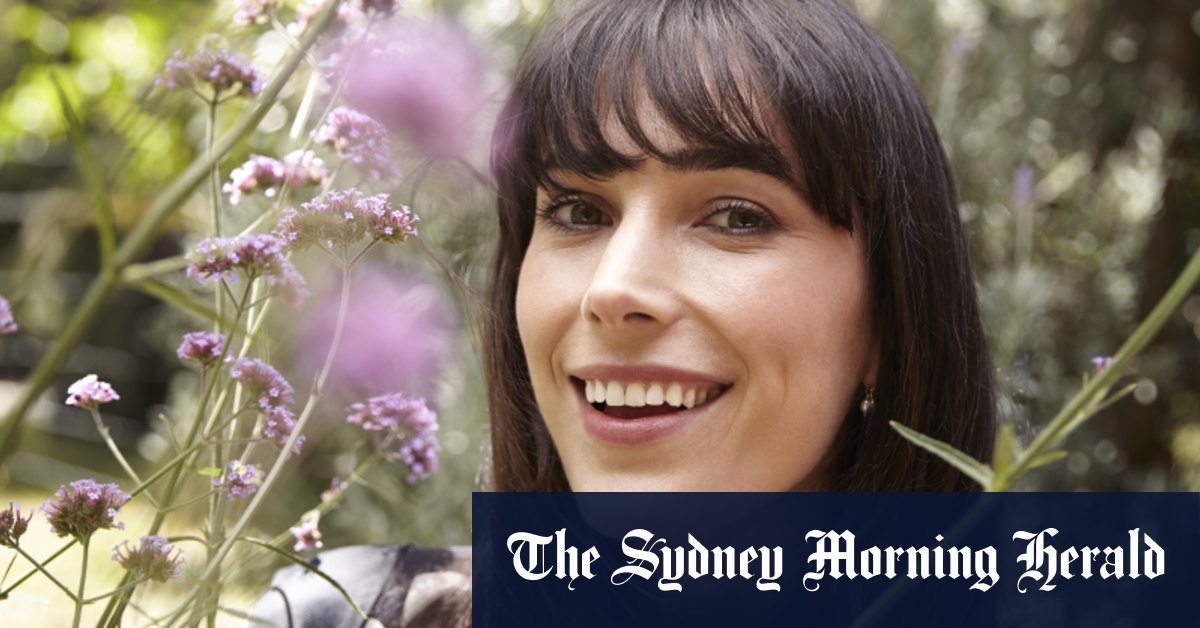 Geraldine Hakewill faces her demons on screen and off

If bushfires and a pandemic weren’t enough to contend with, actor Geraldine Hakewill has also spent the last year dealing with her internal demons. She discusses her new TV Wakefield series, as well as how she’s coped with the challenges.

Jungle Entertainment sells their fourth title to the USA as Wakefield heads to Showtime.

Wakefield will premiere on Showtime on October 18, according to Deadline.

Will give their boost to American audiences as they hoped? If side-saddle I reckon Showtime will Coproduce with BBC and Jungle Entertainment next if there is a season 2. What New Zealand network will screen Wakefield.

I doubt it will have Season 2. It didn’t set the ratings on fire.

I am talking about a rating potential for the US

what about New Zealand? 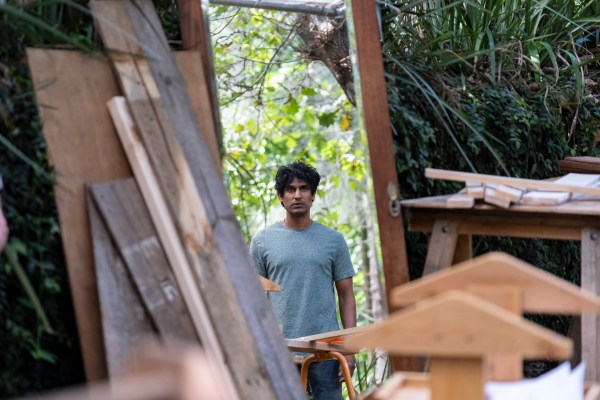 “I’ve been in the hospital three times, and every time, I went through the phase of believing that I didn’t belong there and I was somehow separate and possibly superior to those around me,” say Wa…