ABC News 24 has scheduled programming for Trump’s inauguration next Saturday morning (AEDT). All other networks have their regular programming on

All other networks have their regular programming on

Seven, Nine and SBS are broadcasting the inauguration live, as is Sky News.

[quote]Today co-host Karl Stefanovic will turn a recent summer break in the States into an anchoring role for Nine; while US bureau chief Mike Amor will helm Seven’s team from the US capital.
…
Stefanovic will be joined by Nine’s North America correspondent Robert Penfold, while reporter Laura Turner will provide updates on the ground in Washington.

Will be interesting to watch.

In that news.com.au article it has that TEN will be showing reports in its 5pm bulletin. I think someone may need to tell them that TEN won’t be showing it, as TEN have the BBL at 5pm.

Ten has cricket commitments at 5pm and in primetime. They covered the US Election but not the inauguration itself

Would’ve thought someone would go over for Sunrise, as Nat Barr did in 2008 and Mel in 2012. Also, interesting photo on that article on the news set with Alan Jones?

Seven’s intro to its coverage of Obama’s first inauguration with Nat and Mike from Washington and Mel and Larry from Brekky Central with coverage from NBC News.

@TFTV that photo could be from our election promo last year,quite sure Jones provided commentary on that night.

Ten has cricket commitments at 5pm and in primetime. They covered the US Election but not the inauguration itself

Not a good look if Ten can’t have some coverage of the inauguration. Either a live telecast with studio analysis, a full news bulletin at 3.30pm AEDT (before the BBL) or a short bulletin during half time of BBL match between Hobart and Perth will do.

Anyone think we could get a possible taste of ABC News’ new look (fonts, graphics, etc) before the relaunch seeing as it’s so close?

That’s what I was thinking would happen. 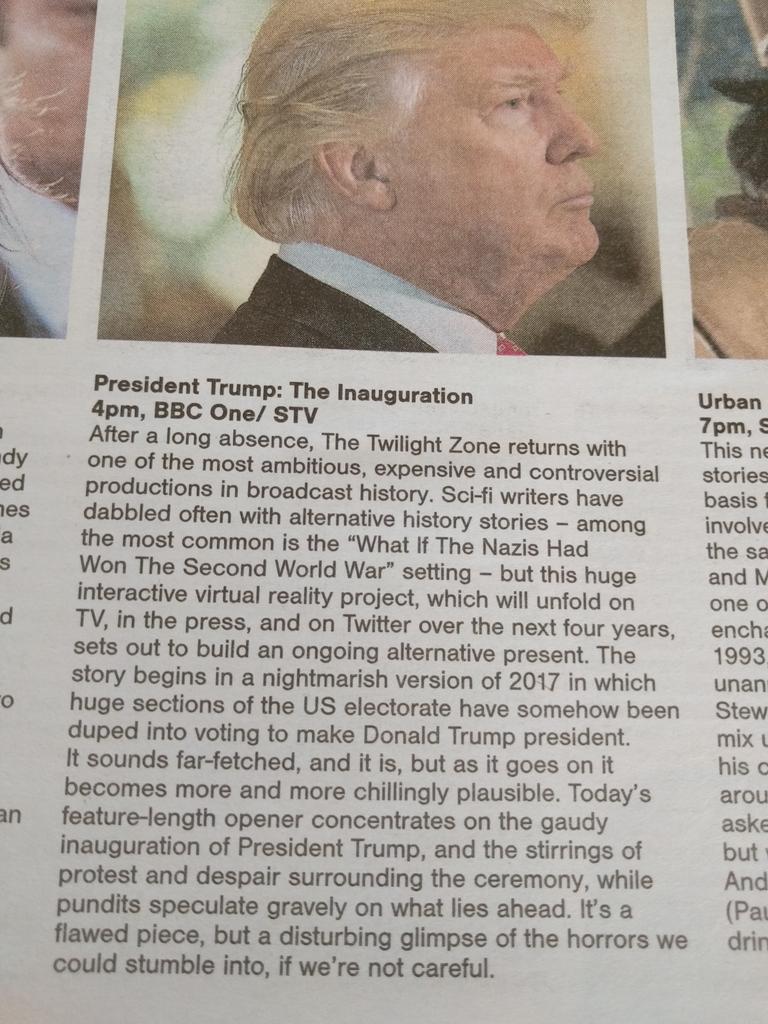 So if I’m correct, Trump’s oath will be at 4:00am our time? Followed by his address speech

Ten have never done Extensive Coverage on long events since their 2014 Budget Cuts which cause all of their National News Bulletins on Weekdays Axed.

What about the recent Presidential election?

It would cost Ten next to nothing to rebroadcast the CBS coverage.

Ten rebroadcasted CBS News for the Obama inauguration in 2009

Do we really need Ten to carry it as well

Ten is not a news network!

Not to mention there is nowhere near as much interest in this as Obama. Half, if less - going by crowd estimates in the US.