Carried on from this thread and not put into a network area as there’s been no real news from Nine whether they still own the rights to the new series.

“When Chris was hired it was like the problem of what to do with Top Gear after Clarkson left had been solved. But the problems keep on coming,” said one insider.

“The first time Chris went around the Top Gear track he crashed the car,” an insider recalled. “Unfortunately for him, it was a brand new Jag that had been lent to the show.”

I think the new cast will struggle. I look forward to seeing the originals when they do there show on amazon.

I’m kind of surprised that the BBC would try and reboot the show a third time - but I suppose when it is one of your biggest money spinners (with Doctor Who), flogging a dead horse is worth it

This story sums up the situation… To many power games being played.

Surprise, surprise… former Friends star Matt LeBlanc is the new co-host of Top Gear: article
The new season starts in May this year. 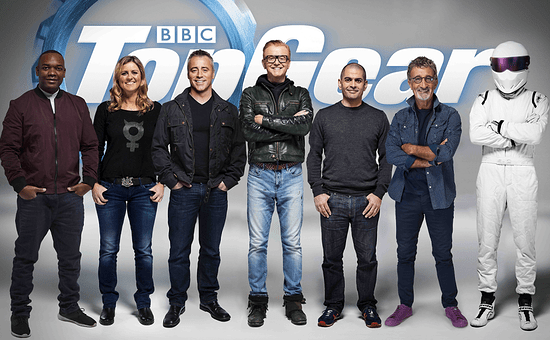 Top Gear returns this May to BBC Knowledge.

The new team will cover the entire automotive spectrum and bring with them their own unique and very individual love of cars that will resonate with every type of Top Gear viewer from the family who enjoy the entertainment values of the show, to aspirational car lovers and fanatical petrolheads.

Formula 1 heavyweight Eddie Jordan comes armed with a trademark no-nonsense, richly experienced view of the motoring world, and life in general, which is guaranteed to be anything but boring. The colourful Dublin-born entrepreneur has flirted with cars all his life, and as owner of the former Jordan Grand Prix team gave many of the world’s most iconic drivers their first taste of the most powerful and loudest starting grid on the planet including Michael Schumacher, who made his debut for Jordan in 1991, and Eddie Irvine.

Sabine Schmitz, the legendary Queen of the Nurburgring, re-enters Top Gear folklore by becoming the show’s first female presenter in 15 years. Another familiar face to Top Gear viewers following her unforgettable appearances in series 5 and series 11, she has already completed some filming with Chris Evans in a sequence that will leave even the most hardened speed–demons gasping for breath when it debuts on TV (sick-bags not included!).

Motoring journalist Chris Harris, the man whose very name sends shivers through many car manufacturers’ boardrooms, comes armed with a self-confessed determination to cause mischief and tell viewers insightful things about automobiles they probably didn’t even think they needed to know.

And newcomer Rory Reid, who was recruited to Top Gear from the show’s 2015 public auditions, is an award-winning journalist, has launched and presented for CNET’s Car Tech channel, and also had a starring role in Sky 1’s Gadget Geeks series.

Chris Evans said of his new Top Gear gang: “We really do have a bit of everything for everyone. A fellow lifelong petrolhead from the other side of the pond in Matt; a fearless speed-demon in the irrepressible and effervescent Sabine; the encyclopedic, funny and wonderfully colourful character that is EJ; Chris, one of the world’s top no-nonsense car reviewers; and Rory, who simply blew me away in his audition and fully deserves his place on the team."

Eddie Jordan said: “I’m giddy with excitement to be joining Chris and the team. I have such enormous respect for all my fellow presenters and I politely ask that they go easy on these old bones. Cars are in my DNA and although I’ve been fortunate enough to accomplish most things I ever aspired to in motorsport, presenting Top Gear is quite simply the icing on the cake.”

Chris Harris said: “Top Gear is the thing that helped shape my life with cars, my perception of cars and my obsession with cars, and I’m raring to give it a go. I’m also quite gobby and happy to get into trouble, so I’m hoping I can underpin the programme with journalistic credibility but still cause some mischief. And if it all goes wrong, well, I can say I was once on Top Gear, and just head back to being that annoying small bloke off YouTube."

Sabine Schmitz added: “I grew up next to the Nurburgring, and have been racing for most of my life, so the chance to combine both driving and filming was too good an opportunity to pass up. I’ve appeared on Top Gear a few times in the past, so I know we’re going to have a lot of fun.”

Rory Reid commented: “When I submitted my 30-second audition tape, I knew the odds were very firmly against me, as the auditions were open to absolutely everybody. To be the only person to make it through the open audition process makes me immensely proud. I’ve been a Top Gear fan for decades, but more than that, I live and breathe cars in a way that is perfectly compatible with the show. I’m looking forward to bringing my brand of knowledge, energy and humour to what promises to be a very exciting new series.”

^ The Stig says (in English) “Chewie, we’re home.” Not sure what Chewie refers to.

That is an awesome line-up of presenters.

Are you SERIOUS? Go watch Star Wars, and specifically the episode 7 trailer.

Sorry, but this has Epic Fail written all over it - massive reboots like this very rarely work (ok Top Gear, was a reboot to start with)

This just screams of desperation to keep a brand afloat - Top Gear (as a brand) is worth too much to the BBC, but I think this will do irreparable brand damage

Yes, I can’t see this version of Top Gear being a success.

I suppose a bit will depend on how Clarkson/Hammond/May fare in their new venture. If they are a flop, then this new version of Top Gear has some chance.

I dont think it will matter - Top Gear launches much earlier then C/H/M does and the trio have the benefit of being able to continue the formula they used at TG - I cant see the new-new Top Gear being able to do that.

I won’t be watching this new TG

I will tune in out of curiousity to see how it goes for an episode or so… I’ll give it a try.

BBC have announced that the show will return on Sunday 29 May in UK.

It will be seen in Australia on BBC Knowledge on 30 May at 8.30pm

The rival Amazon show will be called The Grand Tour 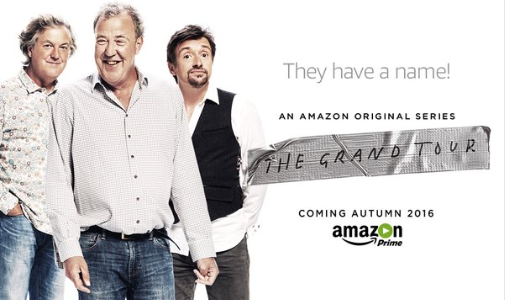 The new version of Top Gear is being panned on social media - already labelled Flop Gear.

News has a story on it. Seems like I’ll have to watch after all - love a good cringe-worthy show

UK TV ratings for Top Gear have generally been reported as somewhere between “a flop” and “disappointing”. Definitely lower than the previous season in viewer numbers.

Hosted by Chris Evans and Matt LeBlanc , the first episode of the new series failed to reach the lofty heights of five million that the Radio 2 DJ was hoping for.

The first outing didn’t quite manage to set the figures alight with an overall average of 4.4million during the hour long BBC Two programme.

Even worse news for the new Top Gear team, it missed out by a fair margin on Jeremy Clarkson 's last show.

Along with Richard Hammond and James May, Jeremy scored 5.3million viewers back in June last year.

Top Gear returned to our screens with Chris Evans and Matt LeBlanc at the helm- but fans of the show turned off as it attracted a million less viewers than the last series and was widely panned on social media.

The show drew 4.4 million viewers, with a peak of 4.7 million, while the last series with Jeremy Clarkson, Richard Hammond and James May bowed out with 5.8 million viewers.

Evans said last week he would be ‘disappointed’ if the show attracted under 5 million viewers.

It was reported as the “lowest overnight ratings for a season debut of the show in a decade”.

How can I say this, Chris Evans is Tim Bailey - shouty, too energetic and get a bit out of hand sometimes.

I thought Matt would’ve been the crappy host, boy was I wrong, he KILLED it, they totally need to cut Chris. He’s so obnoxious and just in your face.

Top Gear fell to a new low with this week’s episode watched by only 2.8 million viewers in Britain.

The dunce has the ep & series numbers the wrong way around