Jessica and Bonnie unite on The Secret Daughter 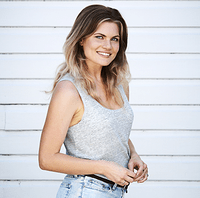 Home and Away’s Bonnie Sveen is set to join the cast of THE SECRET DAUGHTER, a new feel-good drama produced by Screentime, a Banijay Group company, for Channel Seven.

Full of heart, humour and romance, it stars Jessica Mauboy as Billie, a part-time country pub singer whose chance meeting with a wealthy city hotelier triggers a series of events that will change her life forever.

“I’m looking forward to bringing this colourful character and story to life,” said the ARIA and AACTA-winning singer, songwriter and actress.

2014 TV Week Logie Award winner Bonnie will appear as Billie’s best friend, Layla. “I’m really happy to be joining the cast and working alongside such talented people like Jessica Mauboy,” Bonnie said. “It’s an exciting time for me and I’m thrilled to be working on another production for Seven.”

Filming for THE SECRET DAUGHTER begins later this month. Further cast announcements will be made in coming weeks.

In the meantime, Bonnie will continue to be seen as the much-loved Ricky on Home and Away at 7pm weeknights.

With Home and Away screenings so far behind what’s being filmed, we are seeing more and more actors appearing in other series while seemingly still on the soap. Difficult for them to keep a lid on departures and spoilers are rife.

Bonnie posted on Instagram yesterday that she is leaving Home and Away (so she can concentrate on The Secret Daughter).

Bonnie posted on Instagram yesterday that she is leaving Home and Away (so she can concentrate on The Secret Daughter).

That’s not news, but. See posts above^ and it was in the papers last weekend and TV Week this week.

Apart from Colin Friels and Rachel Gordon, the supporting cast (see media release below) is not well known names.

THE SECRET DAUGHTER IS BROUGHT TO LIFE

The entire cast is unveiled as filming gets underway.

Seven’s Director of Network Production, Brad Lyons, said: “Seven is the home of Australian drama and we’re immensely proud to be bringing another great Australian story to the screen. Jessica Mauboy is an amazing talent and this is a terrific yarn full of warmth, humour and music and we can’t wait to share it with everyone.”

Screentime CEO, Rory Callaghan, added: "We are delighted that this heart-warming production has attracted a cast of such depth and calibre.”

THE SECRET DAUGHTER is a Screentime, a Banijay Group company, production for Channel Seven produced with the financial assistance of Screen Australia and Screen NSW.

Apart from Colin Friels and Rachel Gordon, the supporting cast (see media release below) is not well known names.

You don’t know Matthew Levett from A Place To Call Home and Devil’s Playground or David Field from City Homicide and Chopper or Salvatore Coco from Heartbreak High?

Not to mention Johnny Boxer from Fat Pizza, Terry Serio from the Shout miniseries, Jaime Robbie Reyne from Neighbours, Amanda Muggleton from Prisoner?

I recognise Jaime Robbie Reyne and Amanda Muggleton but not the others. Even even I heard the names of the dramas I only knew the lead stars (e.g. Marta Dusseldorp in Janet King and A Place to Call Home and Paul Fenech in Fat Pizza).

I don’t think it needs to be a massive star studded series to bring viewers in. Sometimes its nice to have new stars. With that said the majority of the cast has somewhat developed a successful career.

Google is your friend. I’m sure if you google their names you’ll recognise the faces. There was a time when people knew the names of actors in drama series and weren’t preoccupied with (mostly) talentless reality show contestants.

this show is actually starting to sound good. seems like late 2016 might see a much needed return of aussie drama to commercial tv, feels like it has been completely absent lately.

to the other point, I would take a cast of unknowns any day over the overexposed rodger corser, claudia carvan, vince colosimo, lincoln lewis, dan wylie crowd that dominate everything.
I think a cast of unknowns is a signal that the casting director has done a thorough job auditioning and finding the right talent for the role as opposed to the person with the best connected agent.

to the other point, I would take a cast of unknowns any day over the overexposed rodger corser, claudia carvan, vince colosimo, lincoln lewis, dan wylie crowd that dominate everything.

I guess the casting is the main difference between The Secret Daughter and The Wrong Girl. It will be interesting to see which drama will be more popular.

Filming wrapped today according to Jessica’s Instagram post. News Corp reports the drama will be shown after the Rio Olympics.

I know its only an ad but from the ad this show doesnt look that good. Not good at all.

Really? I didn’t think it was a bad promo. A lot of well known actors.

Maybe I saw a different promo. I just thought it was a bit all over the place. The premise is good.

I didn’t think it looked that great either.

How many episodes have been made