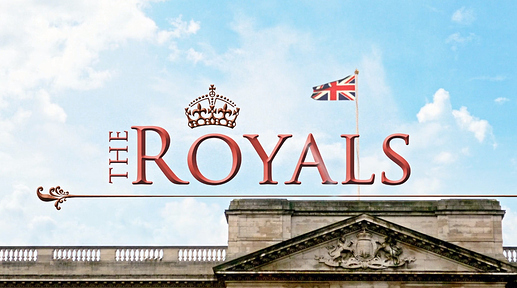 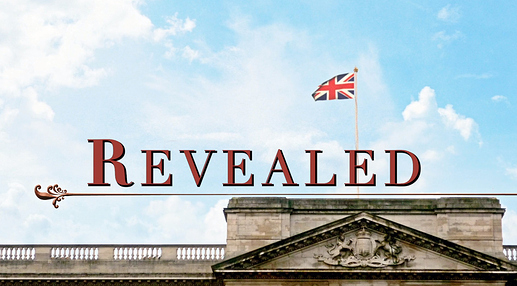 Network 10 has commissioned a new 8 part series in conjunction with Channel 5 in the UK.

The most famous family on the planet, a symbol of British heritage and a billion pound empire, the Monarchy is steeped in tradition and pride. It’s also the epicentre of drama and with the last year bringing about unprecedented changes to the establishment the crown as we know it may never be the same again.

In this revealing eight part documentary series, we take viewers on a journey through all facets of Royal life past and present, in all its grandeur, splendour and controversy.

Each episode will focus on some of the most influential Royal family members as we unpick their personal stories using these as our entry point to the big issues at the heart of the monarchy. Episodes will examine the tension between love and duty, the changing face of the monarchy, the biggest players in ‘the firm’ and the private side of the family.

The Royals Revealed will retrace the story of these high profile members, as well as examining their key relationships to ask what the future might hold for them?Each episode will shine a spotlight onto our chosen Royals getting behind the newsprint to examine their personal story as well as exploring the headline grabbing stories of love,betrayal, duty and passion. So just what are they like behind their public image?What drives them, what are their personal passions, their pet hates and how do they deal with their role as part of the most famous family on the planet? And crucially, what was their part to play in various dramas that rocked the family to its very core?

‘the firm’. Sounds rather shady.

We just don’t care about the royals here in Australia so I’m not really sure why 10 has put money behind this.

Seems an odd project for 10 to get behind, even taking into consideration the fact they share a parent company. Maybe it’s bound for Saturday nights?

Such a weird commission. You’d think if they collaborate with one of their sister networks it would be with MTV or Nickelodeon instead of the fairly niche Channel 5.

Networks are dropping shows because they don’t attract viewers in key demographics but then commission a show about royalty?

Who would watch that apart from your nanna who still buys Woman’s Day and New Idea?

i did find an article about 55+ age group are still watching showes aimed at the 16-49 and lower aged skewed shows even thought the advertsing is aimed at the 49 and under aged group and this included ten. so who knows lol

New figures show that ratings for many popular programs are boosted by an inordinate amount of viewers aged 55 and over who are of little interest to advertisers.

But this is the exact opposite. A show about the royals would most likely appeal to the 55+ viewers not the 16-49 ones.

i dont know lol unless ten is giving up ???

New figures show that ratings for many popular programs are boosted by an inordinate amount of viewers aged 55 and over who are of little interest to advertisers.

Are you buyng into that false assumption that people over 55 don’t buy anything?

hell no im not! but in tv advertsing terms they dont esp by what the ratings @TV.Cynic post every day with it just bordering on the 54 age range

The show debuted on 10 on Wednesday with episode 2, Diana, Camilla and the Crown. It is now available on 10Play but will also be repeated on 10 next Wednesday (December 9) at 1pm.
Next Wednesday night at 7.30pm should be episode 1.

It’s as though the world stops for a royal wedding. They’ve been fascinating commoners for generations. Is it the garb, the pomp and circumstance, or a desire to glimpse into a fairy tale made real?

The next episode will air on Monday, March 29 at 7.30pm, focusing on Queen Elizabeth and Prince Phillip.

Elizabeth and Philip have a record-breaking relationship that has weathered triumph, tragedy, and glory. Examine how their devotion to duty and monarchy has made them parents to a nation.

Growing Up Royal: Children of the Palace

Being born a royal propels you to a duty-bound destiny in the public eye. See how the pressures of a royal upbringing weigh heavy.

Are 10 Gonna Air the Remaining EPS of The Royals Revealed Before January 3 when I’m a Celebrity Returns? The Christmas New Year Period is All about Burning off the Already Dead TV Shows.

Are 10 Gonna Air the Remaining EPS of The Royals Revealed Before January 3 when I’m a Celebrity Returns? The Christmas New Year Period is All about Burning off the Already Dead TV Shows.

Unless you Phone Ten yourselves