Coincidentally Alan is on this week’s TV Week talking about his past and present roles (including Secret City but not NCIS). So many of his roles got killed at the end.
Tonight is the start of the four-episode arc which finishes with the season finale in three weeks’ time. Looking forward to Michelle Obama’s guest appearance next week.

the ending is interesting… if you don’t know the spoilers, trust me!

Is anyone able to record & upload the latest NCIS promo?

(i.e.) Michael Weatherley’s final ever episode on Tuesday as Tony DiNozzo, after 13 years.

Is anyone able to record & upload the latest NCIS promo?

(i.e.) Michael Weatherley’s final ever episode on Tuesday as Tony DiNozzo, after 13 years.

Actually @TV.Cynic, the one I was looking for was longer & had the words “say goodbye to our favourite special agent” or something (if that helps).

It aired right after this weeks episode.

Jennifer Esposito has joined the cast of NCIS, for Season 14 and beyond.

She has been in numerous movies & TV shows over the past 20 years.

I’ve never got into the original NCIS, and New Orleans is rather odd as everything seems to happen on Bourbon Street and the southern accents sound overly put on. NCIS: LA though is fantastic.

NCIS: Los Angeles also finishes its season tonight. For the first time in a long time the season did not end on a cliffhanger, the storyline ended on a perfect fashion.

Maybe they weren’t sure if it was getting another season or not.

I thought it was a great send off & finish to the four-part story arc.

Big shock for Tony though, would never have prericted that.

Good to hear two new cast members have been signed (Jennifer & Wilmer) and the MI6 agent & the FBI fill-in are also returning for next season.

All other cast have signed on for two more years.

NCIS will at least make 15 years

I definitely did not see it coming that Ziva had a secret daughter. The little girl survived the fire and is now in the good care of Tony. Quite a nice way for Michael Weatherly to leave the show.
The promotion of Duane Henry (MI6 agent Clayton Reeves) to series regular was big news in his hometown of Birmingham in England: http://www.birminghammail.co.uk/whats-on/film-news/how-birmingham-actor-duane-henry-11408887
It also means two Brits will star in NCIS from next season (the other is David McCallum who plays Ducky).

Just caught up with the season finale of NCIS: New Orleans season 2, one day before the start of season 3. Then I read Zoe McLellan, who plays Brody, is leaving the show for “creative reasons”. She will be replaced by Vanessa Ferlito (Graceland), who plays a FBI special agent sent from Washington to investigate the NCIS: NO team.

Gary Glasberg, showrunner for NCIS and NCIS: New Orleans, has died at just 50. Reports say he died in his sleep. Glasberg joined NCIS in 2009 as a co-executive producer/writer and was named showrunner in 2011. He only recently signed a three-year contract extension with CBS TV Studios which would have expired in 2019.

Brisbane singer Grace Sewell has a cameo in the second episode of the current third season of NCIS: New Orleans, performing two songs. However it won’t be shown on Ten until February next year at the earliest.

NCIS Is Back With A Killer New Season.

Returning Tuesday7 February At 8.30pm. On TEN And WIN Network. 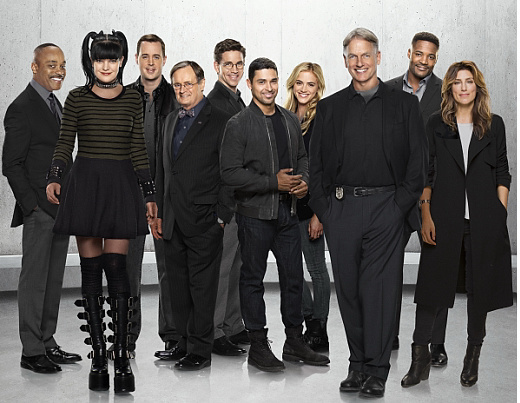 The world’s most-watched drama, NCIS, returns to Australian television with new cast members and a new season of explosive storylines from Tuesday 7 February at 8.30pm on TEN and WIN Network.

Wilmer Valderrama (That ‘70s Show, Grey’s Anatomy) plays Special Agent Nicholas Torres, a once-grounded NCIS field agent with previous experience on a deep undercover assignment. This charismatic agent has a dedication to job and country that means he is known as an unpredictable, loose cannon.

Duane Henry also joins the team as M16 Officer Clayton Reeves, a successful and clever British agent who assists his NCIS counterparts as a terror liaison during complicated times.

On TEN And WIN Network.

‘On the TEN and WIN Networks’

Miguel Ferrer, who had played Owen Granger on NCIS: Los Angeles since 2012, co-starred with Jill Hennessy on NBC’s Crossing Jordan  and had a memorable role in the original RoboCop, died toda…

For the second year in a row there will be a crossover between NCIS and NCIS: New Orleans. The two part story “Pandora’s Box” will air in the US on Valentine’s Day. Ten treated the last crossover (“Crescent City”) badly, showing the two episodes on separate weeks. Just hope this time it will show Pandora’s Box on the same week if not the same night.