Hey I’d be over the moon to be wrong but look at all the other Australian drama currently, the lead actor is always usually either American or British in Australian stories. It’s insulting.

Question is, where is the money coming from, which territory? That should answer the question.

Yes I can remember being a kid and it being on the news seemingly all the time because the Avalon residents couldn’t deal with the disruption the poor dears. You would think it was the biggest story in Sydney at the time.

Simmone Jade McKinnon’s character ended up transferring to the Hawaii version in some international lifeguard programme where the Americans couldn’t believe she did the lifesaving thing without a wage.

Before there was NCIS: Sydney there David Hasselhoff and the team at Avalon Beach.

looking at This 2017 Variety article on the purchase of 10 by CBS and the first line: Is it time for “NCIS:Sydney”?

Question is, where is the money coming from, which territory? That should answer the question.

I’m sure it would be very easy to mandate to have all Australian actors, they seem to manage it when it comes to diversity quotas.

They all benefit from Australian tax breaks and usually government backed assistance in some form, so largely the money is coming from Australia and Australians.

I don’t think it has anything to do with money financed (Troppo will only get made if Thomas Jane stars!) , just the misguided notion that people are drawn to known names and that they think this sells the show better internationally and gets people more excited here. It’s disheartening that Australian stories are being told via foreign actors.

CBS has revealed synopses for the first ever NCIS/NCIS: Hawai’i crossover (spoiler alert) 'NCIS' & 'Hawai'i' Crossover Details, Plus Who's Guest Starring on Which...

The event airs March 28. Who's heading to the island?

It is scheduled to air in America on March 28 and in Australia on March 29. Given NCIS: Hawai’i is currently only available on Paramount+, 10 may make an exception and air the entire crossover in place of NCIS: Los Angeles.

That’ll be the first episode of Hawaii I watch, see how we go.

Teri Polo is joining the cast of NCIS, and she's playing the ex-wife of a fan-favorite character. Get all the details right here, NCIS Fanatics.

The first season of NCIS: Hawai’i, which recently finished on Paramount+, will have its FTA screening on 10 on Sundays from June 5 after MasterChef. Two episodes have previously been shown: the pilot and the crossover episode with NCIS.

The new seasons of NCIS and NCIS Hawai’i will start with a two-part crossover event on September 19 on CBS. It will be the second crossover involving the two shows. 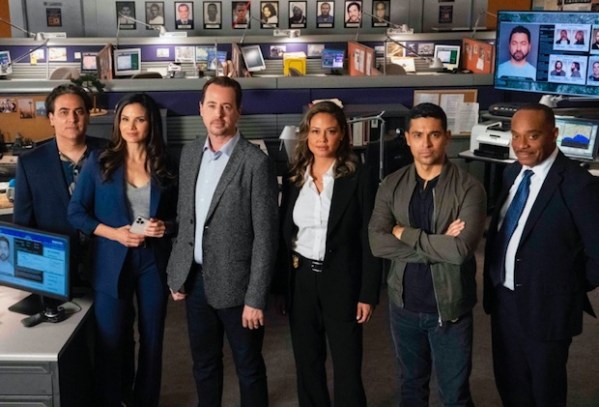 NCIS and NCIS: Hawaii to Crossover Again With Season Premieres

The D.C.- and Hawaii-based NCIS teams will team up once again when CBS’ Monday-night procedurals return with their new seasons. Which agents will clock frequent flyer miles this time around?