The second season of The Great Australian Spelling Bee starts on Sunday, July 17 at 6.30pm. 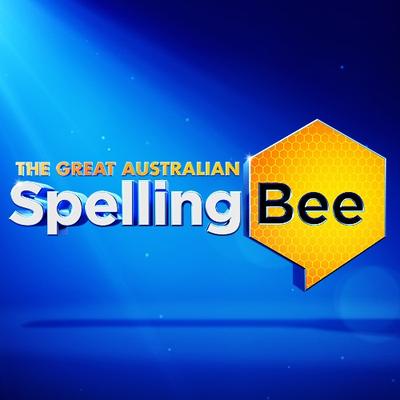 Get ready to welcome Australia’s spelling stars back to your screens! #SpellingBeeAU returns to @ChannelTen July 17! amp.twimg.com/v/69c5d53d-981…

The episodes were taped at Fox Studios from April 28 to May 6 as per tickets page.

Ten has previously said it wants the show to move to an earlier timeslot so more kids can watch without having to stay up late.
I see Ten is starting the show the week after The Voice grand final so it is clever timing. Eventually the show could take over MasterChef’s timeslot from Sundays to Tuesdays, leaving The Bachelor for Wednesdays and Thursdays.

Eventually the show could take over MasterChef’s timeslot from Sundays to Tuesdays, leaving The Bachelor for Wednesdays and Thursdays.

I think Ten will put Australian Survivor on Sundays, Mondays and Tuesdays as soon as the Olympics finishes. I think you can expect a few filler programs until then; for example Life in Pieces, Modern Family and Jamie!

Series Two Premieres On Sunday, 17 July At 6.30pm only On TEN And WIN Network.

This year 36 spellers aged between eight and 13 will compete in a series of fun, and edge-of-your-seat word-related games and challenges.

With all new exciting games and special themed nights, The Great Australian Spelling Bee is set to delight viewers.

It is the ultimate showdown between LITTLE KIDS and BIG WORDS.

The first speller to be revealed is Sydney’s super speed speller, Zach, 8. One of the youngest spellers to take to the Spelling Bee stage this year, Zach is an extremely fast speller who spells the letters out loud as he thinks of them. Not one to slow down, Zach plays tennis and the piano and has a yellow belt in karate.

Zach and his family moved to Australia from Singapore six years ago and he hopes to one day be a Lego master builder or a toy reviewer.

The second speller to be revealed is Adelaide’s walking human dictionary, Ava, who enjoys ballet, netball and cooking. The talented 10 year old loves studying drama and is in her school’s aerobics team and glee club.

The promos are awful for this show. So tacky.

Honesty ten… Same old promos for the same few shows ad nauseum … When will they learn. Subject viewers to this and they don’t want to watch the shows. How about promoting the news to mix it up a bit?

I just find the kids annoying in the ads. Ava how do you spell this Ava Ava Ava Ava. It just paints why shows with kids often don’t work.

Wtf is a spelling superhero?

Wtf is a spelling superhero?

Somebody who comes in and saves the day from bad spellers? We could use one of those on this forum sometimes.

TEN pumping out the promos on SCA radio for this show returning on Sunday.

I hope the earlier scheduling pays off, it certainly fills the 6:30pm void that they’ve had for some time and haven’t been able to fill other than Modern Family repeats.

greysfan being quoted in the latest Ten ads - love it!

News Corp reports Ten has dropped the show from the Sunday timeslot and will now air it at 7pm Saturdays as of this week (August 13). However it will then be affected by Ten’s coverage of the Rugby Championships in subsequent weeks. So the Spelling Bee will be on one week, off the next.
I guess it’s inevitable that Ten has to move due to the show’s poor ratings, and to give Australian Survivor its best possible lead-in.
I know someone here at the forum has suggested the show should be on Saturdays, they will get their wish.

I did suggest originally that it should be on both Saturday’s and Sunday’s before the season started, but Saturday makes the most sense for this to be dumped to to finish out the season. It’s not like they’ve got anything else working on Saturdays

Saturday Nights on Ten have been a Ratings Graveyard Outside Sports since the 1990’s Anyway. The Great Australian Bee Becomes the Latest Show to enter the Graveyard. 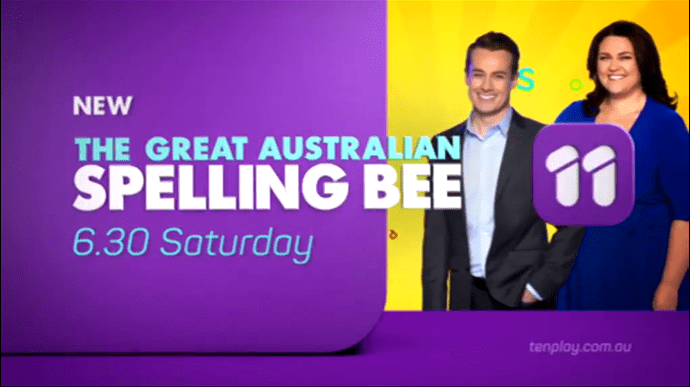 It’s sad that the show will finish its run this way. I feel sorry for the kids who competed on this season too as this means their spelling talent will be demonstrated to even less people.

At least it has been given air time. Ten could have just removed it completely. I didnt understand the renewel last year to be honest. Was a mistake.

There was a segment on last week’s episode on Gogglebox this week. After that segment aired tonight on Ten, a new promo was shown in the next ad break, telling viewers the next episode would be on Eleven.

Moving The Great Australian Spelling Bee to Eleven surely has to be the very last nail in the coffin for this show, I definitely can’t see it coming back next year.

. I feel sorry for the kids who competed on this season too as this means their spelling talent will be demonstrated to even less people.

They’re still on TV. I doubt the kids are looking at the ratings.

They’re still on TV. I doubt the kids are looking at the ratings.

Aren’t some of them members on this forum… Actually take that back some of the spelling (me included) contradicts that.

Well ten can spend the money they save on axing this on hopefully a better format for next year. perhaps some live variety show to air sundays for the whole year.