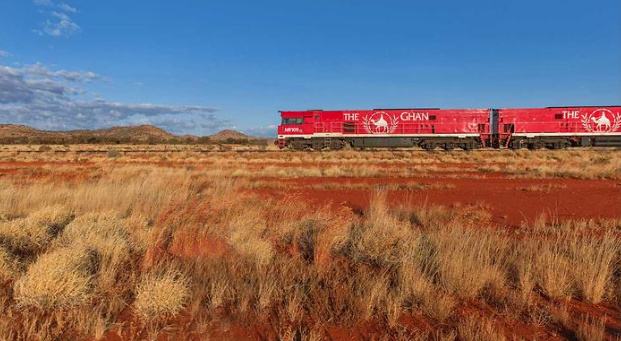 The Ghan is Australia’s first foray into the ‘slow TV’ movement - an immersive style of television, originating from Europe, which invites the viewer on a real time journey. This innovative program takes viewers aboard Australia’s most iconic passenger train trip from Adelaide to Darwin. Three hours, no commercials, no interruptions, just the tracks beneath and stunning scenery through the heart of Australia while exploring the foundations of modern multicultural Australia.

SBS Director of Television and Online Content, Marshall Heald, told TV Tonight the series would be available in two versions: 3 hours on broadcast and 17 hours at SBS On Demand

Who has the time to watch the 17 hour version during the day?

Screen Time had a segment on slow TV the week before last. Soiunds like the plan is to drop in and out throughout the broadcast, some overseas have gone for over 100 hours. At 17 hours, that isn’t even the length of the Ghan’s journey.

Drop the 17 Hour one on Food Network or NITV and then people would watch it.

According to TV Tonight, plans for a 17 hour epic on SBS on Demand has been shelved.
The 3 hour version will air uninterrupted at 7.30pm on Sunday January 7. It will also be streamed live across SBS on Demand and SBS Australia Facebook page.

The 3 hour version will air interrupted at 7.30pm on Sunday January 7.

Do you mean, uninterrupted?

I think that’s what it’s supposed to be.

The Ghan: Australia’s Greatest Train Journey is an Australian-first foray into the ‘Slow TV’ movement.
Three hours, no breaks; just the viewer, the tracks beneath and stunning landscapes of the central Australian outback rushing past, this special event takes viewers on a journey aboard Australia’s most iconic passenger train voyage from Adelaide to Darwin.

An innovative style of television which invites the viewer on an immersive journey, Slow TV originated in Europe, where hours of footage of events and voyages such as a ferry ride up the spectacular coastline of Norway, live salmon fishing, and a 168 hour reindeer migration have been hugely popular, with viewers welcoming an escape from the frenetic pace of modern life.

Marshall Heald, Director of TV and Online Content, said:
“It’s exciting to introduce this innovative new type of programming to Australian audiences on TV, SBS On Demand and via Facebook.

“Slow TV offers an alternative to the noise, drama and disruption of other shows, and gives viewers a unique opportunity to pause, uninterrupted for three hours commercial-free in prime time, as they experience first-hand a little-known story important to our multicultural national story” added Heald.

Produced by Mint Pictures for SBS, The Ghan explores the contributions of the transcontinental line to the foundation of modern Australia. Using contemporary graphics alongside archival imagery, audiences learn the story of the construction of the 2979 kilometre ‘Ghan line’.

The train line and subsequent development of central Australia and the growth of Darwin, Alice Springs and Port Augusta can be attributed to local Indigenous communities’ knowledge of surviving the harsh desert, as well as early immigrants, including Europeans, Chinese, and the Afghan cameleers ‘The Ghan’ is named after.

Unless it’s live from the train that day it can’t be live SBS.

Timetable says that it should be anywhere near Coober Pedy by the time the show starts.

I think they mean live streamed in the same way Home and Away is live streamed on Plus7. I’m pretty sure the show itself has already been filmed and edited.

I lasted about 5 minutes. Not that I’m necessarily against the slow TV idea but seeing endless desert scenery just isn’t doing it for me

I’m loving it. Have it on the background while working away, the scenery and brilliance of really enjoying size of it is amazing!
You do get the sounds of scenery, train conductor and sometimes onboard too.

Really good doco! Surprised at how good TV it is.

Netflix has a few you can watch. National Knitting Night is 8 hrs 39 mins. 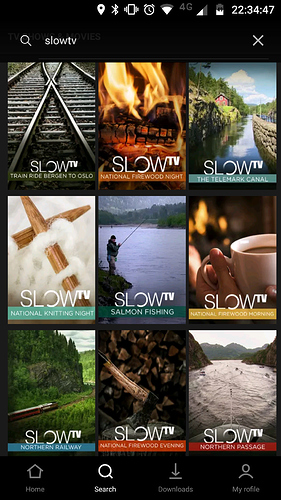 I’m loving it. Have it on the background while working away, the scenery and brilliance of really enjoying size of it is amazing!

You do get the sounds of scenery, train conductor and sometimes onboard too.

I suppose in this world where we all have second screens going or other stuff happening it can be a good thing to have on the TV when you don’t have to be 100% attentive all of the time.

It’s not from what I understand designed to have you glued to the screen for 3 hours. It’s the new long form style. No different to watching live shots or webcams from places around the world (Washington, New York) you tune in to see a bit and that’s it.