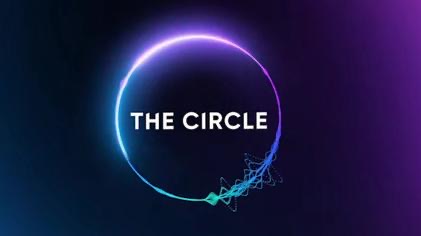 The Circle is a British reality television series, produced by Studio Lambert and Motion Content Group which launched on Channel 4 on 18 September 2018. The first series aired for 21 days and concluded with a live final on 8 October 2018. The series bills itself as a game based around social media, with the concept that “anyone can be anyone in The Circle”. Throughout the series, contestants live in the same building, but are never allowed to meet.

The format has been picked up by Netflix who will produce a series each for the USA, Brazil and France. No word on any other countries at this time.

It seems like quite a few members are watching this online, so I thought I would create a thread for discussion. Season 2 is currently airing and can be viewed here.

Favourite players?
Mine are Georgina, Brooke, Tim and Woody (in that order). I thought I was going to like Paddy, but I haven’t warmed to him yet. Maybe today’s episode will change my mind.

Thanks @turdall for making me aware of this series. The concept doesn’t sound that great, but in reality is a fantastic format. By far my favourite reality show this year (closely followed by Australian Survivor). I have got two other friends hooked on it so far.

Tim and Woody are my favourites. I’m not a huge fan of Paddy only because I found him quite judgemental of Tim. Especially when he hates being judged off pictures. And you are welcome. Currently watching the latest episode.

Thank you for making this thread, was thinking of doing the same. Great suggestion @turdall as I understand a few members have now gotten into the show.

Loving Tim at the moment and think Ella is playing the best game. Brooke is so boring for me, hopefully Paddy soon reveals his secret to the group because he is wearing thin for me.

Will be interesting to see how Joyce goes, it was a rough night for her with Woody and Dennie’s probing ponanza. #CircleAussies

I found today’s episode a bit basic… still funny to see Joyce struggle to sound her age. Woody and Ella are definitely onto her. I’m starting to slowly warm to Paddy, but I agree, I want to see that other side to him and see how the others react to the disability.

The voiceover cracks me up every episode. Seems like all the UK formats have a funny voiceover these days (Love Island, Gogglebox, The Circle)…

Also, I wonder how the players remember to say a lot of what they are thinking? I wonder if there are prompts on screen, or questions that they get asked?

Feels this season is starting to drag, it feels like every story has been told. Brooke, Georgina and Sammie are really starting to get annoying. Joyce isn’t doing much and I doubt Josh will add anything. I hate to say it but I want the show to start getting #ruthless like Tim and cut more players.

I don’t feel that way at all. Although the show doesn’t have too much longer to go anyway.

It finishes next Saturday our time.

Love this show! Thanks for letting me know about it guys. Big brother will feel so old compared to this. By the way I am long, long way past what the demographic is supposed to be for this type of show. I like to believe I think younger, maybe that’s why I prefer 10 over the other channels!

I’m praying 10 announce a local version of this tomorrow. I’m addicted to the UK version at the moment.

Today’s episode bounced back I believe. Paddy has grown on me.

I’m praying 10 announce a local version of this tomorrow. I’m addicted to the UK version at the moment.

I don’t think it will happen, but I’d love that. 10 do need something to fill a few weeks that Changing Rooms failed to fill this year.

Totally hooked on this show now, so glad it was recommended here!

The live parts in the studio are a bit of a drag but the game itself and the interactions are brilliant!

The live parts in the studio are a bit of a drag but the game itself and the interactions are brilliant!

I agree, the egg puns got to be a bit egg-xhausting but I must say I love Emma Willis and Sophie Willan.

The show has a great, diverse cast. I’m appreciative that The Circle is so age-diverse, four out of fifteen contestants are over the age of 40! Has Big Brother AU had that many over their entire existence?

Richard/Judy, Katie/Jay, Jack and Beth, Ella, Georgina, James/Sammie, Jan, Paddy, Tim and Woody have all been so much fun (sorry Brooke, Busayo, Sy and Emelle but I’m not a fan).

The first half of this week was a bit of a drag but I’m so happy I chose to watch this show. It is a definite winner.

Anyone got a link to episode 14? It’s not uploaded to YouTube

It was on there

(I think maybe it was the episode where they played …Baby One More Time? and it’s been removed because of copyright?)

I love this show so much. It’s like a 2010’s version of the earlier seasons of Big Brother. It’s also such a natural show to follow on social media which I think helps it a lot. Would LOVE to see Channel 10 do a local series.

I would like it to an even earlier version of Big Brother (like 2001-2004 before it became all about the younger contestants). And to be fair I don’t think there were many seasons in the 2010’s

Edit: Sorry I just read it properly. Its been a long day. Yes, I agree with you.

Of course if it were to come on in the next few years, it’d hopefully be a 2020’s version of early BB

Would LOVE to see Channel 10 do a local series.

I’m almost certain finding a suite of apartments in Melbourne wouldn’t be a problem either. Apparently a few of the new high rises have a bunch of empty apartments.

@blackbox would be keen for you guys to cover this show on the podcast and hear the teams opinions - might sow a seed somewhere in your listener base? Drum up some hype!!