The thread for budding television archivists to discuss their craft

It’s separate to my main Youtube account mubd1234 because I don’t want copyright strikes to take the main channel down. I try to upload adverts as well as obscure programs that I assume the copyright holders don’t really care about.

Here are a few vids I’ve uploaded (out of many)…

My setup consists of an AverMedia U3 ExtremeCap USB capture card, connected via HDMI to an LG VCR/DVD Combo unit (it was purchased some time between 2012 and 2014 from what I recall, I’m borrowing it off a neighbour).

Before that, I was digitising video tapes using the same capture card, but with a Sony VCR and a separate DVD recorder in the middle to act as an HDMI converter. Unfortunately the DVD recorder shat itself (it was already pretty flaky, I had replaced one of the capacitors on the main board already).

The main issue with using a cheap AV to HDMI device (available on eBay for peanuts) hooked directly to a VCR is that many of them don’t have decent timebase correction for the analogue video, so you get terrible results with wavy video. DVD recorders and, even better, HDMI VCRs, have better TBC units.

I implore anyone wishing to get into archiving video to watch this:

I wasted a lot of time with EasyCap capture cards and their terrible video quality before I took on the advice espoused in the above video and using an upconverter. And for goodness’ sake - please capture video in 50FPS if possible to preserve the original video fluidity.

See the comparison between this original music video here (uploaded to Youtube in 25fps), and the 50FPS upload I made:

Good stuff. I shudder to think of all the VHS tapes I turfed out years ago.

Here’s something funny I noticed - the chroma signal on the tape didn’t get wiped (it’s clearly from an old Ten ident), but the luminance signal beneath it is of a completely different program. There’s clearly a VCR fault on this tape where no colour was recorded when overwritten. 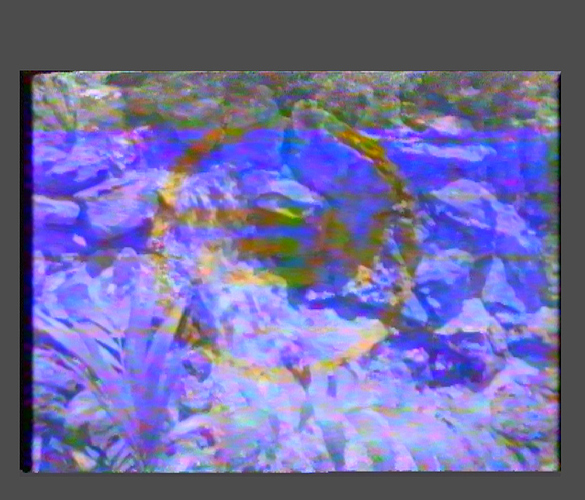 Ah I always wanted a thread like this. I am a self-confessed datahoarder. What started as a fun project in archiving news events as they happened, quickly turned into an obsession. I have about 300TB of Australian television content saved in raw TS format from 2010 onwards. This includes all FTA television channels available in Sydney for a 4 week period during the time of the London 2012 Olympic Games. Most of my recordings are 24 hours 10 minutes to allow a 5 minute overlap with the recording for the following day. Data was NOT cheap back then, nor was it available as much as it is now. Most of my archive is in 2TB internal drives which takes up a lot of space in storage. These days I’m running 14TB internal drives - makes things a LOT easier.

It’s always fun to go back and watch TV “as it was”. Here’s a screenshot from one of the drives:

I have about 300TB of Australian television content saved in raw TS format from 2010 onwards. This includes all FTA television channels available in Sydney for a 4 week period during the time of the London 2012 Olympic Games. Most of my recordings are 24 hours 10 minutes to allow a 5 minute overlap with the recording for the following day.

If only I had that amount of continous recordings, all my “current” recordings are only in segments as I didn’t have enough space on my USB PVR on my previous TV, and I could only record up to 30 minutes.

Here’s where I archive and backup all of my VHS digitisations and most of my PVR recordings: 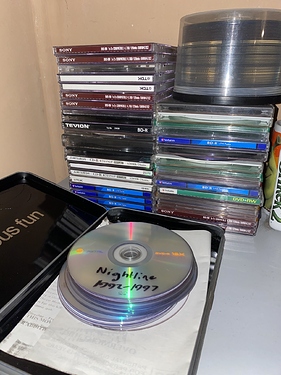 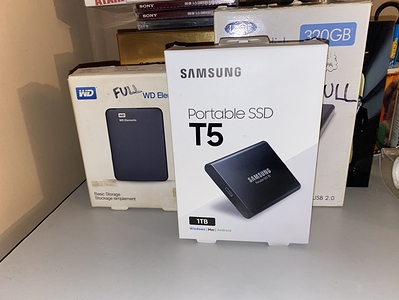 Ahh yes, the brief period of time in 2012 (there were a few more during 2010 with the two 3D trials + March/April 2010 between TVS Digital launching and the D44 Datacasting trial ending) when there were seven DVB-T multiplexes on-air in Sydney.

I’ve recently decided to deinterlace my VHS uploads to 50fps after spending a long time finding a program that allows me do it, and here’s how they turned out: 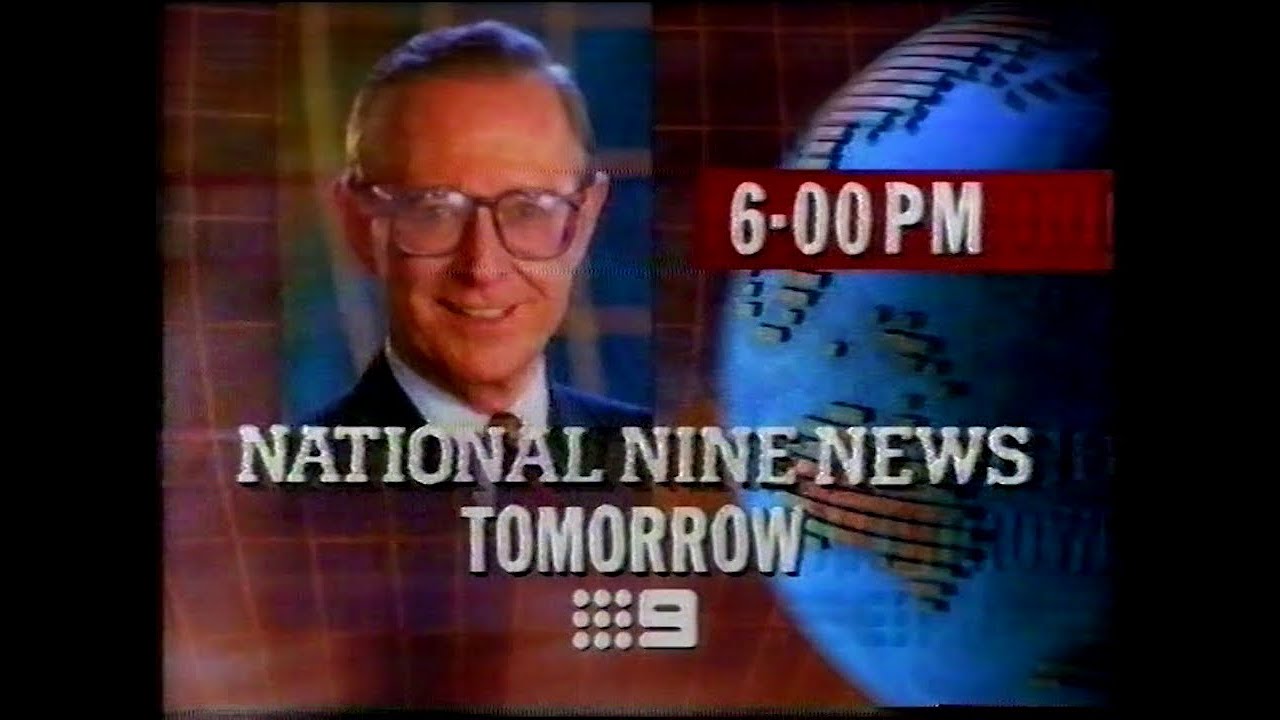 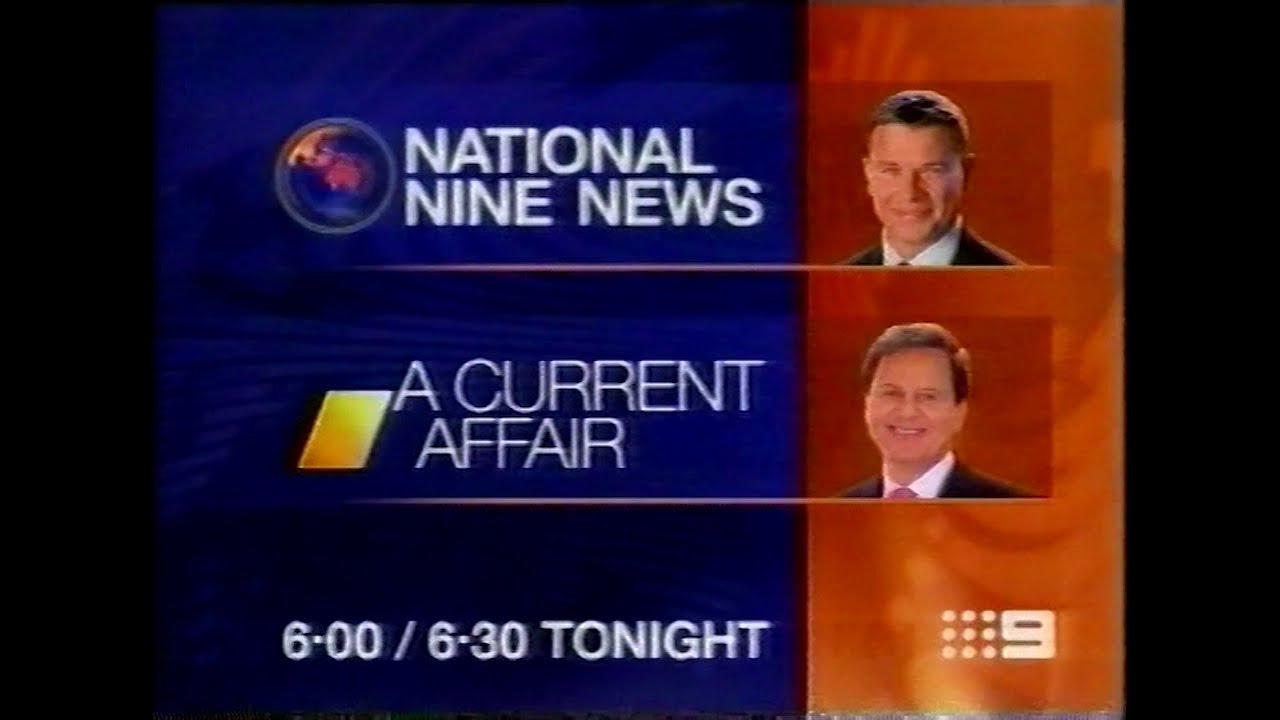 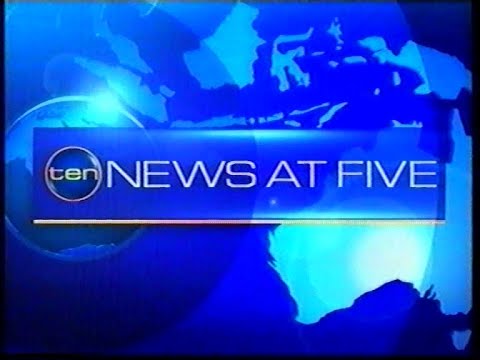 It’s been 30 years since the popular and beloved children’s series Round the Twist first hit our screens.

Premiering on 26 August 1990 and spanning over a decade, the popular show followed the Twist family (siblings Pete, Linda and Bronson, and their widowed father Tony) who lived in a haunted lighthouse in the fictional coast town of Port Niranda.

Good evening archivists. My personal television archive has grown quite considerably. I don’t have all of the drives in this photo, but I have around 280TB in total. I don’t compress the footage, and I always save in TS format. Mostly I am recording 9 and ABC but during the US elections I will be recording all networks for about one week. Possibly also some radio networks if I can get my USB devices working, in time. 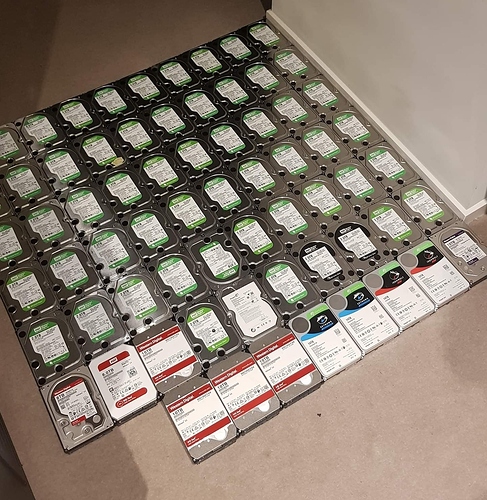 What are my future plans?

Well, recording the raw TS of Nine every single day has taken up a LOT of space. In hindsight, a lot of the recording space is unnecessary such as the infomercials that air overnight. I am working on a way to automate the recordings on two separate computers that alternate between themselves every 24 hours, with a 2 minute overlap to ensure continuity. I would like to think that writing a script to extract the subtitles is not a hard task? This would allow for a master file to be created where the user can simply “CTRL+F” a name, word or subject and find all mentions of such in any previous broadcast.

There is a very big difference in a “data dump” and an archive which serves a useful purpose. At present I don’t have a proper method of indexing these files, apart from the timestamp and the filename which shows the date and the network that is recorded. I should mention as well, the 24 hour recording of a network broadcast in transport stream format (raw) is about 235GB per 24 hours. This is absolutely insane and you can imagine how expensive that is to maintain a proper archive. Extracting the subtitles and the EPG data to a master file would make this a lot easier to track.

Possibly also some radio networks if I can get my USB devices working, in time.

With both the ABC and SBS running the majority of their radio stations via DVB-T these days (wasn’t so much the case even just a few years ago), that’s probably a decent enough source for radio content from the public broadcasters if your TS format recordings manage to save those audio streams.

What are my future plans?

My guess probably would’ve been “Capturing all Sydney DVB-T and DAB+ transmissions” or something among those lines.