Ten tried so hard to turn things around back then.

That PRG is shockingingly dreadful even for 1989. Sydney, and even Capital, had a colour version of the logo:

I believe the station ID seen in the first post was used for just a week before it was updated. 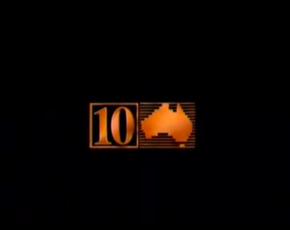 That PRG is shockingingly dreadful even for 1989. Sydney, and even Capital, had a colour version of the logo

What was Capital showing what looks like a Fast Forward sketch from Channel 7, with Steve Vizard mocking Richard Carleton?

In Melbourne, we used to see the coloured PRG after midnight as ATV10 would take a dirty feed of TEN10 overnight. It was in the new year in 1990 that ATV10 finally updated its PRG to colour.

Incidentally, the white PRG shown above (which as shown was dodgy AF) was actually twice that size on the night of the changeover from X. It was massive. I don’t know if it was deliberately done just for launch night to hammer home that the logo had changed or what, but by the next day it was reduced to the size shown above.

And in the week leading up to the launch of “10 TV Australia”, some presentation elements were starting to be seen, such as this promo to launch the upcoming debut of Superquiz, using the font that would be standard across Ten promos after the changeover.

That PRG is shockingingly dreadful even for 1989.

Indeed. Looked like Ten Melbourne didn’t have equipment that could render the logo correctly!

Sydney, and even Capital, had a colour version of the logo:

I think the Capital version of the PRG was formatted slightly differently to the Sydney version though. Must remember to pop some captures from the recordings I have from this era up at some point!

I believe the station ID seen in the first post was used for just a week before it was updated.

Was the fully animated version not quite ready for launch day or something?

Either way, it’s probably safe to say that when you consider what sort of Idents and On-Air Presentation Ten was using before and after this (even I have to admit that Ten’s 1991 Idents gave Nine’s brilliant IDs of the time a run for their money), the “10 TV Australia” era of On-Air Presentation was absolutely shocking. Aside from the “You’ve Got A Friend on Ten” promos, a very bland look for a station/network trying its hardest to position itself for the 1990s!

What was Capital showing what looks like a Fast Forward sketch from Channel 7, with Steve Vizard mocking Richard Carleton?

Never a fan of this at all!

Sydney and Brisbane versions of the first 10 TV Australia ID. 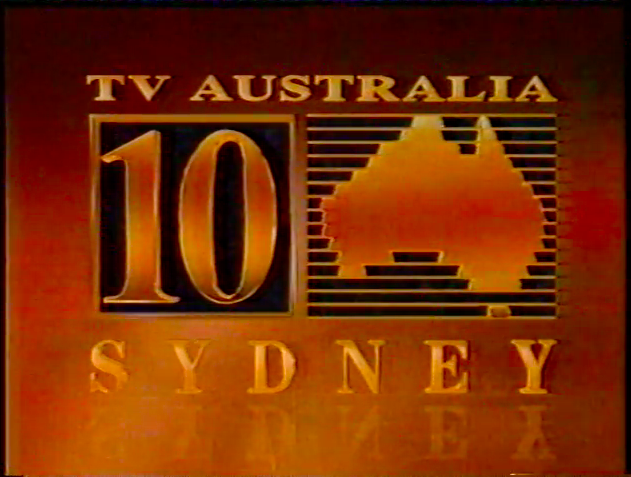 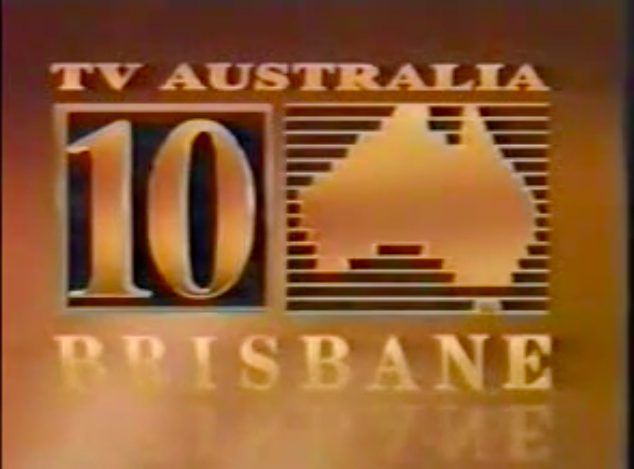 The mid-year promo seen before the changeover.

@NewsWeary you were in Ten Capital territory? Did you recall during this 10 TV Australia period that Capital had its own station ID separate to the generic “network” ones? I don’t know if I imagined it or what, but I remember back in the day there was a news or current affairs report or something about Network Ten’s dilemmas etc, and one of them had a snippet of a station ID that ended with the same brown/orange backdrop as the network ident, but it just had the words “CAPITAL TELEVISION” in large print (similar to its print letterhead as below), with the 10 Australia map logo in the bottom right hand corner? I never saw it again and it’s never appeared on YouTube in recent times, but I’m sure that’s what I saw all those years ago?

Did you recall during this 10 TV Australia period that Capital had its own station ID separate to the generic “network” ones?

I don’t recall seeing anything like that on air, just the Ten logo variants with the Capital branding. Perhaps it was something they used on local productions other than news.

That PRG is shockingingly dreadful even for 1989. Sydney, and even Capital, had a colour version of the logo

Another example of the dodgy PRG, probably not helped by the video being stretched out to widescreen for YouTube

Top marks to Ms McInnes for that piece of fake chat and hand acting in the intro as the music sting plays!

And i’m sure this Til Ten set was copied for Janelle’s Beauty Spot on Fast Forward!

And a less than impressive production ender in the closing credits:

I enjoyed Til Ten - I thought it was a well produced show and Joan McInnes was always super slick and professional. Of course, Bert took over not long after and the rest is history, but I always had a soft spot for Til Ten.

That was quite a nice set. And yeah, definitely the inspiration for Chenille’s Boutique de Beautee

And House of Hair Removal. 27 big locations throughout the western suburbs.

Just look for the big pair of legs with the satisfied customer in between them.

GMA also had a nice set (and opener) during the 10 era, in my opinion.

Omg they were standing in front of the Ten News set!


I was a fan of “10”. Probably because it was my first memory of Ten - other than a very vague recollection of the circle logo. I loved maps and fly-throughs, so it was a no-brainer I loved 10 and the Evening News branding. It was all nice and classy. And that (in-house made) theme is still probably my favourite. The stuff they put out - sets, promos and so on - despite financial woes, was quality.