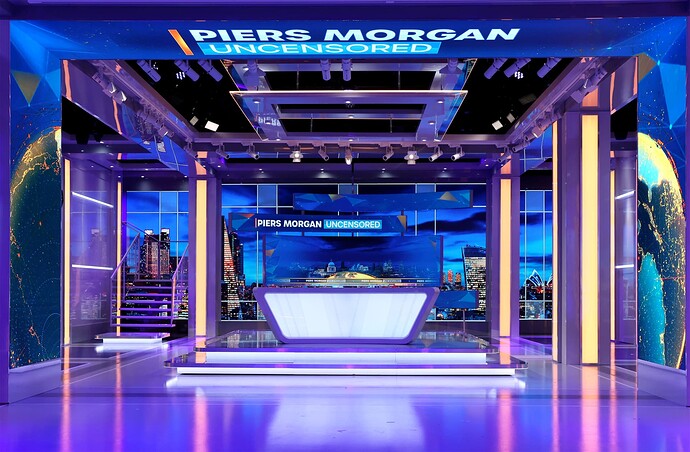 Piers Morgan Uncensored , the new global show fronted by the former Good Morning Britain presenter, will go to air for the first time at 8pm on Monday, 25 April with the UK launch of TalkTV on all major linear TV platforms: Sky (channel 526) , Virgin Media (channel 627) , Freeview (channel 237) and Freesat (channel 217) . As part of the partnership with Sky, TalkTV will also be launching on Sky’s new streaming TV, Sky Glass , in the coming months.

The new channel will launch formally at 7pm with the first-ever edition of The News Desk with Tom Newton Dunn . Meanwhile new hour-long panel debate show The Talk , featuring Sharon Osbourne , will air at 9pm.

News UK EVP, President of Broadcasting, Scott Taunton said: “Launching at 7pm on Monday 25 April, TalkTV will be a new voice for viewers who are interested in straight talking opinions and world-class expert insight on news and current affairs. I’m delighted that the channel will be available to everyone in the UK via Sky, Virgin Media, Freeview and Freesat.

“Piers Morgan Uncensored at 8pm, will be our flagship prime time show – a fearless forum for lively and intelligent debate, big-name interviews and plenty of fun, fronted by one of the most outspoken and popular figures in international broadcasting. Ahead of that, The News Desk with Tom Newton Dunn will provide the news that matters to the UK, in a straight and balanced way. And, following Piers, Sharon Osbourne and a panel of famous faces will debate the issues of the day. It will be must-see TV and everyone in the UK will be able to tune in live or on-demand, either on their television or on any personal device.”

Piers Morgan Uncensored will celebrate free speech and the right for people to share their views. In a global first, the new and unique sixty minute daily show will be broadcast on weeknights in the UK on TalkTV , streamed on FOX Nation in the US and aired in Australia on Sky News Australia . The show will be broadcast live from state-of-the-art studio facilities in Ealing.

The primetime launch schedule will also see the debut of The Talk featuring the legendary Sharon Osbourne . Airing weeknights on TalkTV, the panel debate will bring together five opinionated famous faces – all from different backgrounds and with differing views – to debate the most interesting stories of the day.

Covering topics from the UK and around the world, the panellists will serve up their outspoken views in an honest and straight-talking debate. Across sixty minutes, the five personalities will deep dive into the issues most affecting viewers, from news to politics, crime to health and entertainment to sport.

The lively, hour-long prime time show will give viewers the news that matters to them in a straight and balanced way. News UK’s world-beating stable of specialist journalists from print and broadcast will join Tom every night to share the very latest in their fields, from The Times ‘s political team to The Sun ‘s showbiz desk, talkSPORT ‘s correspondents as well as business reporters from across News Corp’s titles. It will also feature agenda-setting interviews and a regular discussion with a peerless panel drawn from across the political spectrum including: Adam Boulton , Anas Sarwar, Bim Afolami, Emily Sheffield, Grace Blakeley, Isabel Oakeshott, James Slack, Kate McCann, Miatta Fahnbulleh and Tan Dhesi .

TalkTV’s primetime schedule will also be simulcast on TalkRadio. And TalkRadio’s roster of daytime talent, including Julia Hartley-Brewer , Mike Graham , Ian Collins and Jeremy Kyle , will be broadcast on TalkTV, which runs 24/7. TalkRadio has seen fast growth in recent years across all platforms, including digital radio and the TalkRadio app, on YouTube and has been broadcasting successfully on TalkRadio TV since last year.

The launch is supported by a heavyweight marketing campaign, fronted by Piers Morgan , detailing how to find TalkTV on linear TV, and with the strapline: Straight Talking Starts Here . Press and social media advertising alerts the public that Piers Morgan is making his long-awaited return to our TV screens on Monday April 25. The campaign has been developed as a collaboration with Pulse , News UK’s in-house advertising agency operated by The&Partnership.

News UK continues to hire some exceptional new talent to join a schedule of prime time programming for the evenings with further announcements in the coming weeks. 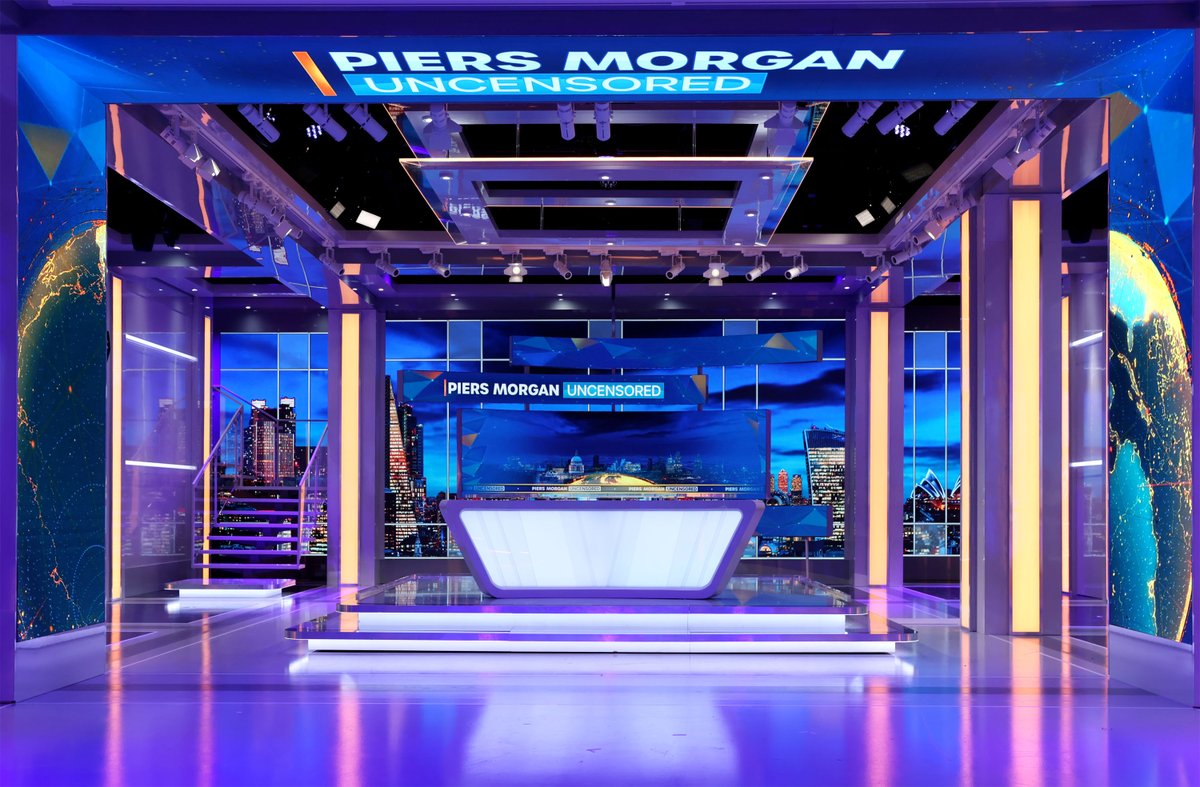 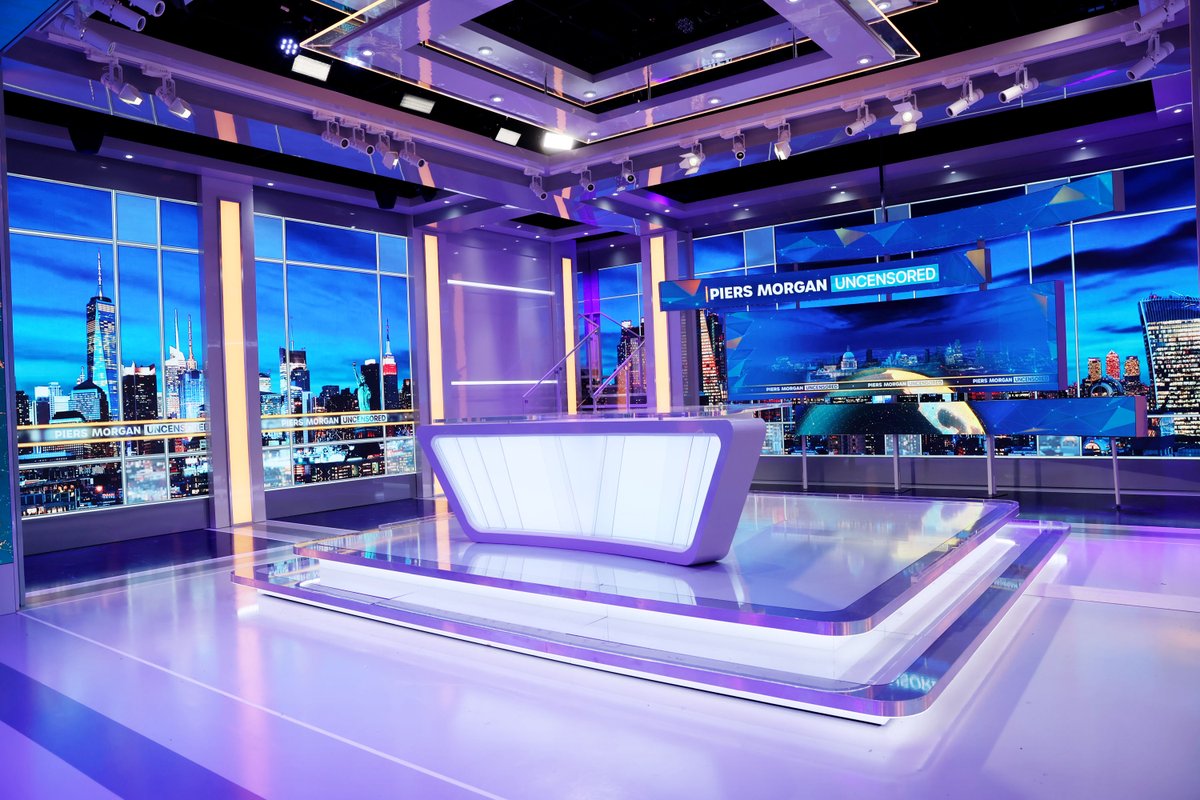 Is it produced in Australia or UK?

The Talk? Sharon Osbourne? Where have I heard that before…

I mean that name is a lawsuit waiting to happen.

Is it produced in Australia or UK?

It’s a UK channel but programs will be syndicated elsewhere, including Sky News Australia according to this Wikipedia article.

and has been mentioned on this forum a number of times

Nothing new here. The former President is unhinged. We all knew that. 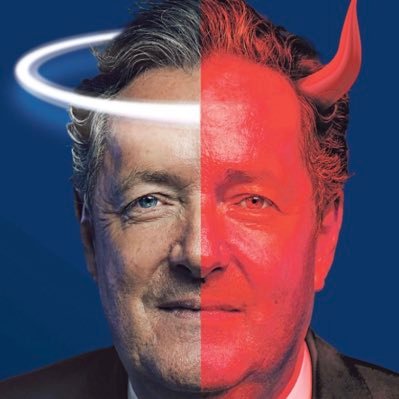 Some of those graphics look like a mock from a movie or parody, would like to see those refined a bit.

Why did he think going on a show looking so orange and sweaty would be a good idea. The bloke is bat shit crazy’s

Piers Morgan live at 8pm UK time. 5am AEST with current time difference. 7am AEDT in our summer. So it will always be over 12 hours old by the time it airs on Sky at 9pm AEST/AEDT. That doesn’t seem like a good idea. Far too much can happen in the course of 12+ hours.

Where’s Sharon doing her new panel show from, the US? Or relocated back to the UK?

Turns out (shock horror) that clip is reportedly not what it seems:

Trump releases audio that appears to refute claim he walked out of interview...

The former president’s communications director released audio that shows reports that Trump had stormed off in response to questions about his election claims were inaccurate.

Piers Morgan live at 8pm UK time. 5am AEST with current time difference. 7am AEDT in our summer. So it will always be over 12 hours old by the time it airs on Sky at 9pm AEST/AEDT. That doesn’t seem like a good idea. Far too much can happen in the course of 12+ hours.

Thanks. Are all shows coming from the same Piers set?

No - each of the three primetime programs will seemingly have their own studio:

No, Piers’ 9pm is coming from new purpose built studios in Ealing, West London - aboot half way between Central London & Heathrow airport. I think Piers lives this side of town.

The 7pm show “The News Desk” and the 9pm show “The Talk” are coming from two new virtual sets at The News UK HQ in London Bridge in the city center. Done by the same people that so BBC Olympics virtual sets

Apparently a 10pm show is already in the works

11pm is an encore of Piers

The other 20 hours is a visual simulcast of TalkRadio - which is actually pretty well produced with good content and popular hosts. It will be branded TalkTV 24 hours a day 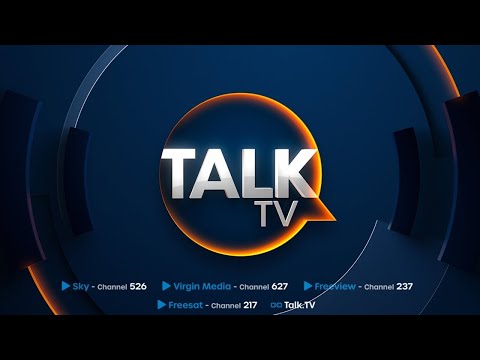 What a dull promo.