Petrol-wise IIRC the Rewards Xtra only applies to EG Ampol/EG Caltex/Caltex Woolworths, based on the assumption EG continues to use the Woolworths P.O.S systems.

It doeesn’t apply to Ampol Foodary or Ampol Woolworths Metrogo locations, as they use different P.O.S systems.

Are we seeing the Future of all Big W Stores? Smaller and more Convenient???

I went to Big W at Sydney Town Hall a few days after it opened.

The product selection actually wasn’t too bad. The Woolworths supermarket downstairs duplicates a lot of what a typical suburban Big W sells anyway, so only having one small level for the store didn’t seem to be too much of an issue.

I would suspect for a large number of them that they determined that exiting the lease early would cost more than running them at a small loss for however many more years the lease is going for.

I think that was the idea though, I sort of got the impression they are prepping it for sale. Gives them 3-5 years post that impairment with the dead weight cut off, and making underlying numbers look good for a future buyer. However it appears the market has changed with Target scaling down, a big push for the business with covid, and the success around the turnaround.

I think this business won’t be sold until mid this decade however, need a few years of sustainable sales and earnings growth, they have never ever really had that aside the bumper Covid sales year. It would appear they have a pretty strong underlying base, need a few years with no Covid distractions to see the full potential this business has. Then likely will be sold off which is the final piece in the Woolworths puzzle offloading its businesses.

I was driving to buy lunch this afternoon when I noticed temporary fences had gone up at the Ampol service station at Springvale Road, opposite Glen Waverley shopping precinct. It was only rebranded from Caltex a few months ago.

I drove past the servo this morning and noticed it had reopened. 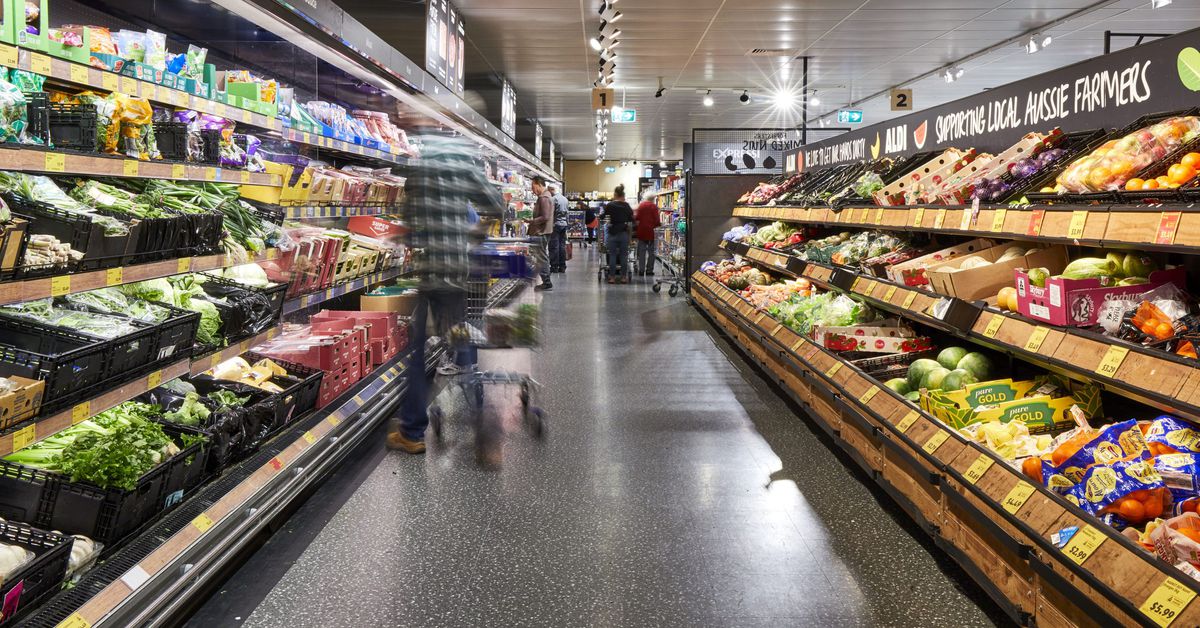 the old name wasn’t google friendly as it always brought up garden city in perth. perhaps this is the reason 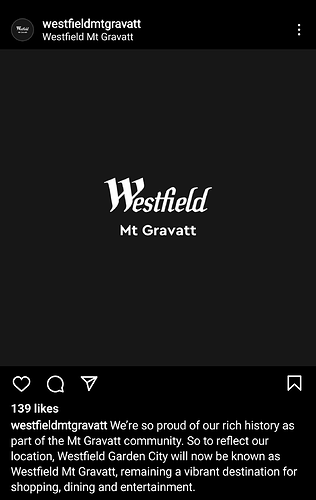 the old name wasn’t google friendly as it always brought up garden city in perth. perhaps this is the reason

But they changed the name of Garden City to Westfield Booragoon in Perth immediately after Scentre acquired it, presumably for this reason. Strange they’ve changed both now.

Are most Westfield names drawn from the local area?

Perhaps that’s the reason for it

Are most Westfield names drawn from the local area? Perhaps that’s the reason for it

It certainly seems like they wanted to standardise the names. A lot of those shopping centres were independent or part of a different group.

Miranda Fair in Sydney was taken over by Westfield and they dropped the Fair so it was just Westfield Miranda.

Geelong’s Bay City was Westfield Bay City for a period before changing to Westfield Geelong. Seems standard to phase in the name.

I was in David Jones at Booragoon yesterday and they still call it David Jones Garden City.

Geelong’s Bay City was Westfield Bay City for a period before changing to Westfield Geelong. Seems standard to phase in the name.

The change is causing a big backlash. Worth noting that as mentioned in this report the centre is not in the suburb of Mt Gravatt but is in Upper Mt G. 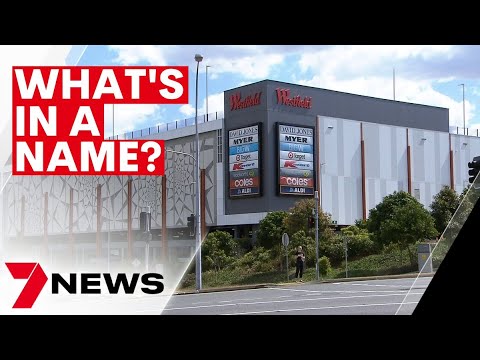 Looks like they used a shot of Perth’s Garden City in the opening title to that report.

Westfield Whitford City in Perth might be next. Whitford is not officially a suburb, but a title reflecting four suburbs (Padbury, Hillarys, Kallaroo and Craigie). Wouldn’t be surprised if it becomes Westfield Hillarys.

Several other Westfield’s don’t use the name of their suburb, so them acting as if Garden City is the only one makes no sense.
Carousel - Cannington
Whitfords - Hillarys
Tea Tree Plaza - Modbury
Marion - Oaklands Park
etc

I also just found out the name ‘Garden City’ comes from a name of centres owned by David Jones through the 70s. This includes Kotara, Booragoon and this one.

And so it should. Garden City is almost a locality name now. Westfield should backtrack.

This report could almost be mistaken for satire lol

Speaking of the Booragoon name, I hope both the Booragoon and Vicinity Morley Galleria expansions will both take place over the next 12-18 months. Hopefully both places may feature new David Jones stores (Booragoon refurbished).