Looks a lot cleaner. I don’t mind it. It it does resemble the simple Today style though…

Looks a lot cleaner. I don’t mind it. It it does resemble the simple Today style though…

That’s not criticism, it’s alot warmer than the ‘walking in an empty studio’ end tag.

I don’t think this is the case as Nat has responded to an Instagram comment today asking where Eddy was, saying “she is not well”. So she’s most likely off sick then. 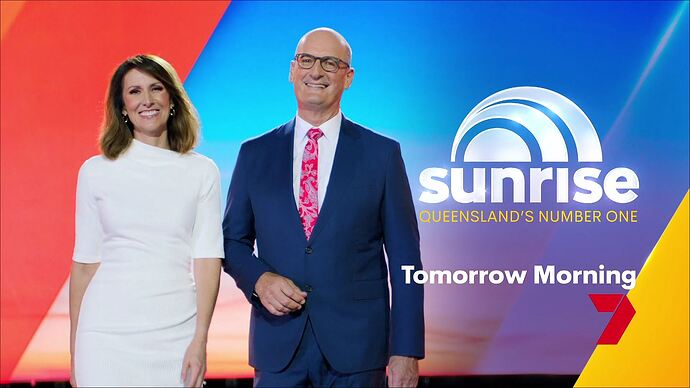 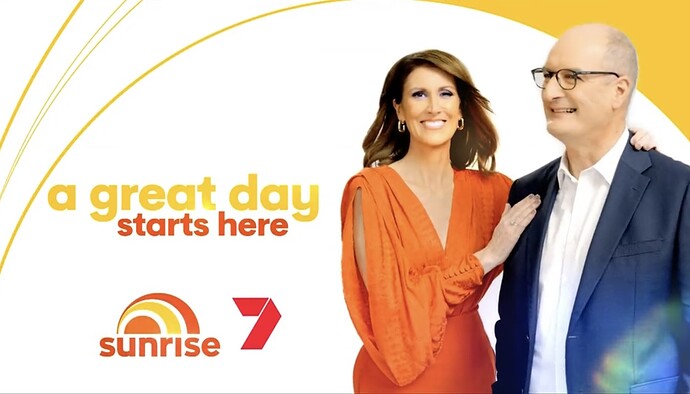 The new endtag looks SO much better.

The endtag looks SO much better.

It’s not as if having two presenters posing for a promo is exactly a revolutionary or unique concept by anyone in particular. We could say back in the day Today looks similar to Sunrise as well and that’s not because of copycat, but because there’s only so many ways you can reinvent promotional styles before they all start looking the same.

I think it looks nice and clean. Better than the clutter it was the last couple of years.

It’s not as if having two presenters posing for a promo is exactly a revolutionary or unique concept by anyone in particular.

It is for Sunrise when they’ve built the whole brand around “the family” for the past 20 years. Baretta and the newsreader must be thrilled they’ve been sidelined. You’d think they’d be promoting the whole team considering Koch is winding down and about to pass the baton.

It is not like it has been exclusively the “family” for 20 years… its a promo endboard. 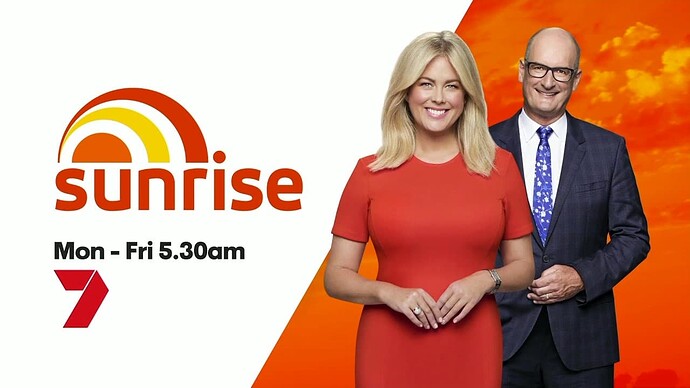 The new endtag looks SO much better.

Kochie looking off camera looks weird… and why does Nat have her arms around his neck and on his shoulder? Something a couple might do. Not a good look.

why does Nat have her arms around his neck and on his shoulder? Something a couple might do. Not a good look.

I thought this when I first saw it too. I understand the co-hosts of most breakfast programs are perceived to be “on-air marriages”, but this just seems a little bit odd

The Man of Teal at the Spirit of South Australia art exhibition. 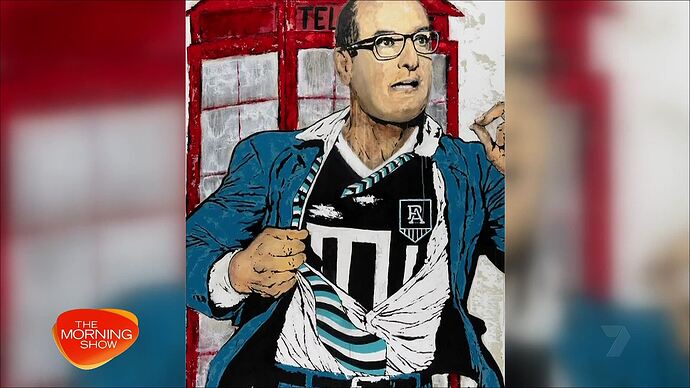 What does this former PM have in common with frog cakes? They're both...

Producing 41 paintings of prominent people, places and objects in about 30 weeks sounds like a considerable challenge — but when it was put to artist Mark Lobert, he didn't hesitate to get on board.

Clearly they have hired a Gen Z ‘TikTok’ media person to manage their page.

It’s all a bit much.

Agree. Do they really think we care what the crew behind the scenes are doing?

Poor thing. Not a great start.

Natarsha Belling is presenting news and sport this weekend.

This week, Sunrise had its highest ratings in three months and it’s largest lead over Today in the same period, thanks largely to the Commonwealth Games.

Frankly, though, these numbers need to become the standard for Sunrise to return to how they were performing in Q1. As @TV.Cynic has said, surprisingly, the other two shows haven’t seen a notable week-on-week fall, despite the Commonwealth Games. So, it is possible for Sunrise to move the lever back up.

They need to become “must watch” tv at brekky. Not quite sure how they do that, but Sunrise back in the Kochie and Mel days had that buzz.