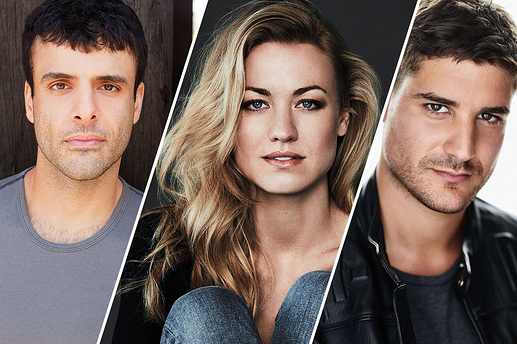 The ABC and Screen Australia have joined forces with Matchbox Pictures and Cate Blanchett and Andrew Upton’s Dirty Films, with production set to begin in South Australia in June, based at Adelaide Studios. Stateless is an urgent and compelling drama about four people caught up in an immigration system that profoundly affects their lives. Each character deals with the contradictions of protection and border control from a unique perspective, offering relevant and timely insight into issues that countries are grappling with around the world.

Stateless received major production funding from Screen Australia and the ABC and is financed with support from the South Australian Film Corporation. It will be distributed worldwide by NBCUniversal.

Co-created by Cate Blanchett, Tony Ayres and Elise McCredie, the series centres on four strangers in an immigration detention centre in the Australian desert. They are an airline hostess escaping a suburban cult, an Afghan refugee fleeing persecution, a young Australian father escaping a dead-end job and a bureaucrat caught-up in a national scandal. When their lives intersect they are pushed to the brink of sanity, yet unlikely and profound emotional connections are made amongst the group. Inspired by real events, the series intertwines gripping and devastating personal stories revealing a system struggling with the irreconcilable contradictions of border protection.

Tony Ayres , co-creator and executive producer says, “We have assembled the most extraordinary array of Australian talent to make this show, both in front of and behind the camera. In each case, people were drawn to Stateless because it asks one of the most vexing questions of our times – how do we as a nation maintain control of our sovereign borders whilst retaining our own humanity?”

Co-creator, executive producer and actor Cate Blanchett says of the story, “Whilst this story centres on Australia, the dilemmas that it explores through four absorbing characters will resonate globally: the desire for personal freedom, the need for social stability, an escalating lack of faith in the political process and the deeply unsettling impact this has on individual lives.”

Sally Riley , Head of Scripted Production at the ABC says, “The ABC is proud to be collaborating with such a high calibre of homegrown talent to create this thought-provoking, ambitious and gripping series that is sure to connect with Australians and audiences around the world.”

Sally Caplan , Head of Content at Screen Australia says, “Emma Freeman and Jocelyn Moorhouse are two directors at the top of their game, and combined with this immensely talented cast I look forward to seeing this remarkable story on screen.”

Alastair McKinnon , Managing Director of Matchbox Pictures says, “ Stateless is at once both intimate and epic in its scope and ambition, and this stellar cast is testament to the power of this story. Thrilling, courageous and intensely relevant, this is certain to be an unmissable drama series.”

Courtney Gibson , Chief Executive of the South Australian Film Corporation says, “We were so pleased to support the development of this landmark series, with its all-female writing and directing team including some of Australia’s leading key creatives. We look forward to full production and post at Adelaide Studios and locations in South Australia, with SA producer Paul Ranford working alongside the team at Dirty Films and Matchbox, together with Matchbox SA’s Kirsty Stark, who is a co-producer on this major series.”

According to TV Tonight, when the project received Screen Australia development funding in April, Blanchett was announced as making her TV directing debut, but is no longer directing. The storyline centres on the true story of Cornelia Rau who made headlines in 2004.

An airline hostess on the run from a dangerous cult, an Afghan refugee and his family fleeing persecution, a young father escaping a dead-end job and a bureaucrat running out of time to contain a national scandal: Stateless is a powerful and timely series about four strangers whose lives collide at an immigration detention centre in the middle of the Australian desert.

The series will have its world premiere at the Berlin International Film Festival next month. The first two episodes of Matchbox Pictures’ Stateless and the second series of Bunya Productions’ Mystery Road will have their world premieres at the sixth edition of the Berlin International Film Festival’s Berlinale Series. Advertisement...

Powerful new six-part drama series Stateless will debut on the ABC and ABC iview on Sunday, 1 March at 8.40pm, following its world premiere at distinguished film festival, the 70th Berlinale, next month.

An air hostess escaping a cult, an Afghan refugee saving his family, an Australian father escaping a dead-end job and a bureaucrat trying to contain a national scandal each struggle – to the limits of their sanity – with an immigration system that is itself struggling. In their stories we see the challenges of border protection countries around the world are currently grappling with. 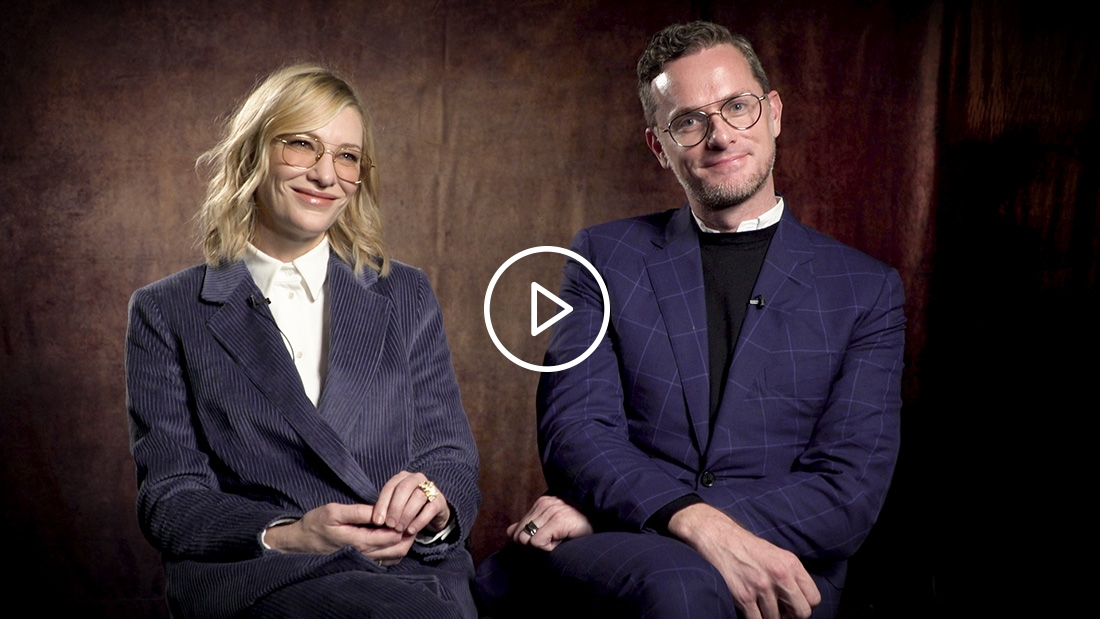 HOME TO THE INTERNATIONAL ENTERTAINMENT COMMUNITY Stateless 7 years in the making for Marta Dusseldorp

Marta Dussedorp had been talking about an asylum seeker drama with friend Cate Blanchett for a long time. Netflix has acquired worldwide rights excluding Australia to Stateless, the six-part drama about four strangers whose lives collide in an immigration detention centre in the Australian desert, co-created by Cate Blanchett, Tony Ayres and Elise...


Given Stateless is distributed outside Australia by NBCUniversal Global Distribution, one would have thought that the drama will land on NBCU’s upcoming streaming platform Peacock.
JBar February 25, 2020, 10:15am #8

The commercoal networks need to look at what the ABC is doing right to have so much content on big streaming services like Netflix. They need to produce more Aussie content for Australia and the world.

US showbiz news website Deadline has done an interview with Cate Blanchett, co-creator Tony Ayres and Matchbox managing director Alastair McKinnon ahead of the world premiere in Berlin. This will give the drama great exposure in America.

‘Stateless’: Cate Blanchett Reveals Why TV Is The Perfect Medium For Her...

When Stateless gets its world premiere at Berlinale on Wednesday, it will be the culmination of a seven-year journey for Cate Blanchett. The two-time Oscar winner first conceived of the drama in he… 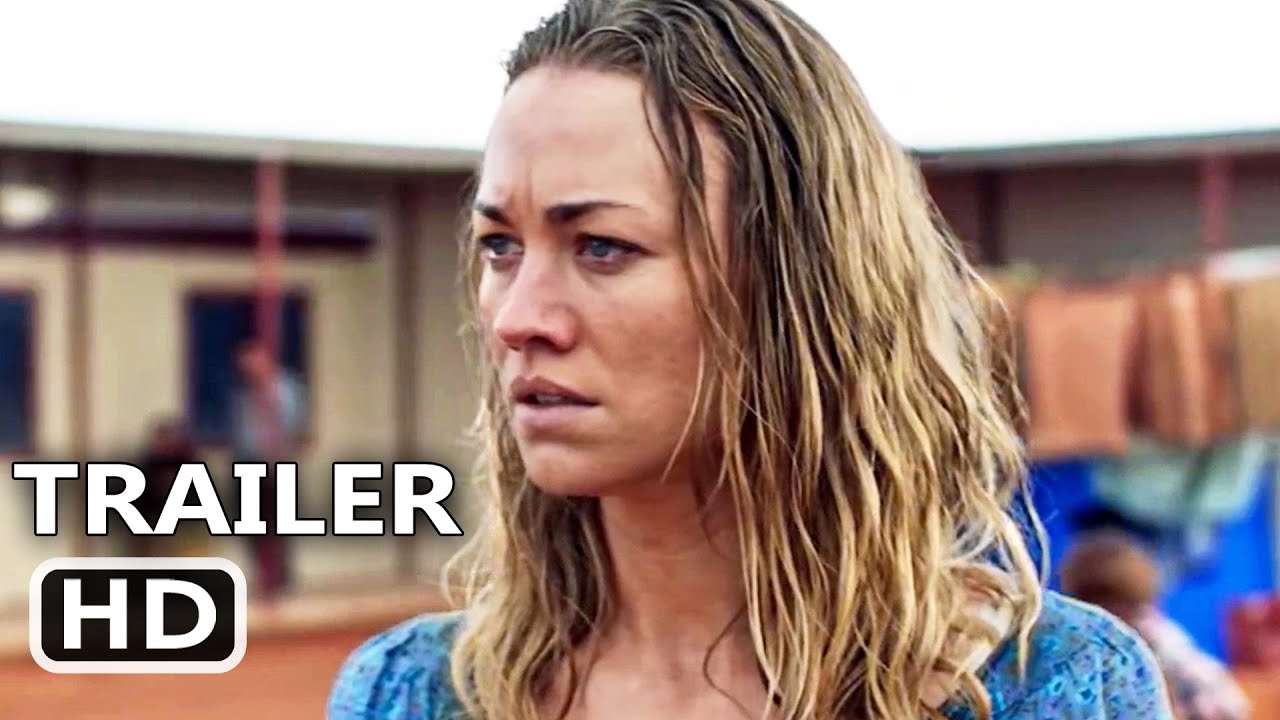 Stateless has been nominated for best mini-series in this year’s C21 International Drama Awards, to be announced online on December 2.