Anyone watched the Bali 2020 series? I’m not sure I can bring myself to watch it. 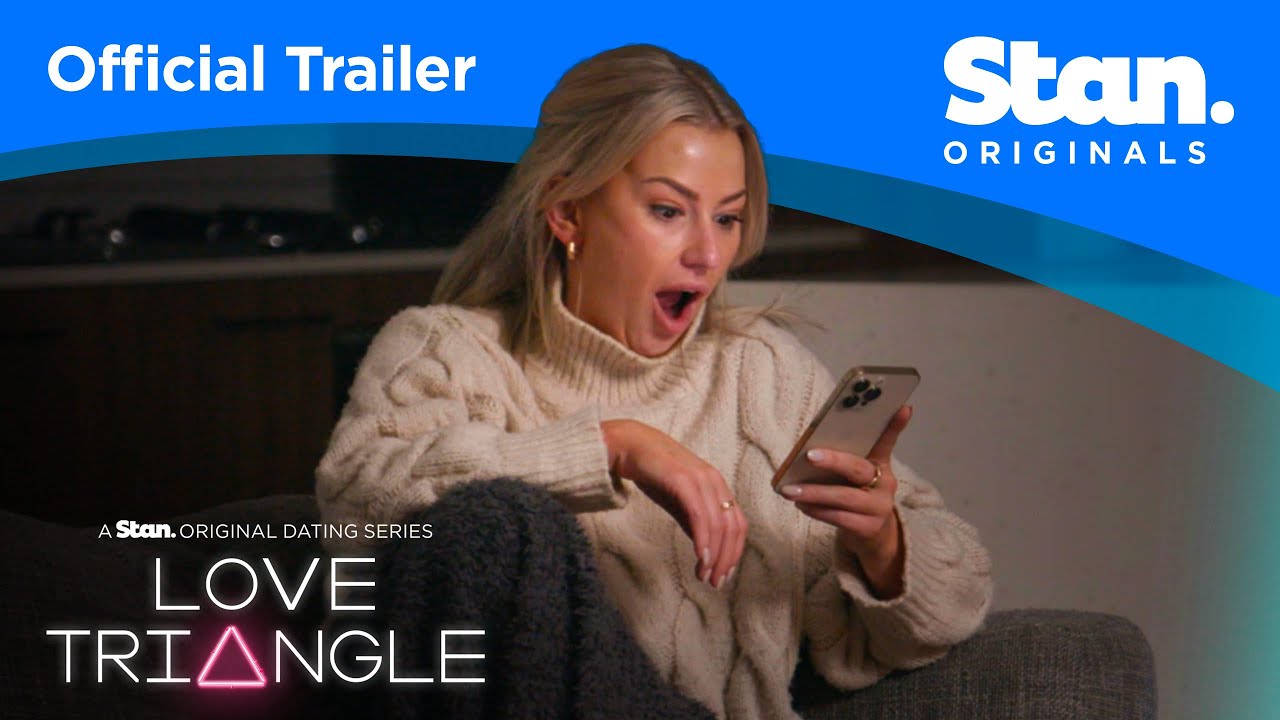 I watched the first ep last night I wasn’t that bad.

I watched the first 2 eps last night and will watch the last 2 eps tonight.

Reviews were mixed but I really enjoyed the first two eps, they were difficult to watch and no doubt for survivors or those who know people that were impacted it could be traumatic but I think, from my perspective, it was treated with respect and didn’t feel exploitative.

I didn’t mind it. But as someone who has been to the site, I found the Australian based set design a poor imitation of the real thing. I also found it jarring randomly cutting to real life vision of the aftermath. 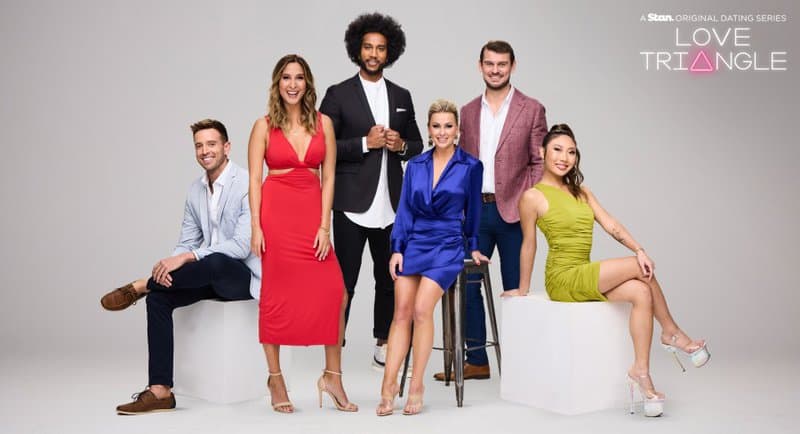 The Stan original dating series Love Triangle will challenge a group of singles on what they think their perfect partner should look like.

Stan and Lionsgate have commissioned the brand new Stan Original Series Prosper, with major production investment from Screen Australia. Produced by Lingo Pictures, this razor-sharp drama of faith, ambition and divided loyalties is set in the inner sanctum of a family bound together by unfathomable wealth and unchecked power as they build an evangelical megachurch hell-bent on global domination.

Screen Australia’s Head of Content Grainne Brunsdon said, “Lingo Pictures have made a name for themselves creating premium Australian dramas and working together with a formidable team of writers this series will be unmissable. Prosper is set to draw audiences into the intrigue and the inner workings of the church, and the people jostling for power.”

Stan Chief Content Officer Cailah Scobie said, “When we announced we were expanding our partnership with the world-class Hollywood studio Lionsgate to include development of new projects, we knew we would have some outstanding Stan Original Series on the way. Prosper will be a prestige drama that explores the consequences of unbridled power and desire, with Lingo Pictures and the creative team having developed both a brilliant – and timely – series. Today’s commissioning announcement marks only the beginning of our expanded partnership with Lionsgate, as we continue to work together to develop and commission even more premium Stan Originals.”

Lionsgate President of International Television and Digital Distribution Agapy Kapouranis said, “We’re excited to kick off our pact with Stan with such a powerful drama. This is just the first of the many opportunities our collaboration can tap in Australia and around the world.”

Lingo Pictures Creative Director and Producer Jason Stephens said, “Lingo Pictures is thrilled to be partnering with Stan and Lionsgate to bring this timely series to the screen. They share our ambition to create a landmark television series for audiences in Australia and around the world.”

Kyas Hepworth, Head of Screen NSW said, “The talented creatives behind Prosper, backed by the stellar team at Lingo Pictures, are set to deliver a gripping, high-end drama. Screen NSW is thrilled that Prosper is being produced in NSW, bringing more local stories and talent to both Australian and global audiences.”

The Stan Original Series Prosper is produced by Lingo Pictures, with major production investment from Screen Australia with the assistance of the NSW Government via Screen NSW and the Made in NSW Fund. Cailah Scobie and Amanda Duthie will executive produce for Stan. Lionsgate will manage international sales.

Produced by Lingo Pictures, this razor-sharp drama of faith, ambition and divided loyalties is set in the inner sanctum of a family bound together by unfathomable wealth and unchecked power as they build an evangelical megachurch hell-bent on global domination. 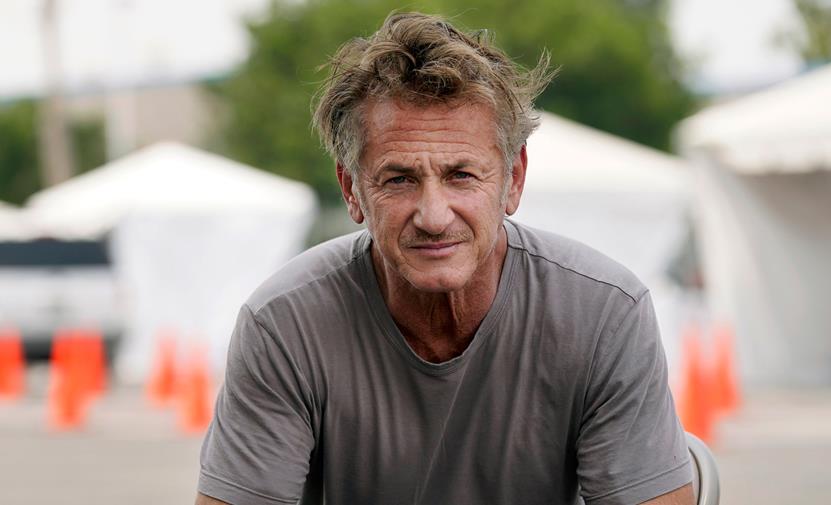 The satirical comedy series C*A*U*G*H*T follows four Australian soldiers sent on a secret mission to a war-torn country. Mistaken for Americans, they are captured by freedom fighters and produce a hostage video that goes viral. When the soldiers reach celebrity status, they realise that being caught might just be the best thing that could’ve happened to them.

Following a deal with Fremantle, the series is due to launch exclusively on new streaming service ITVX in the UK in 2023. 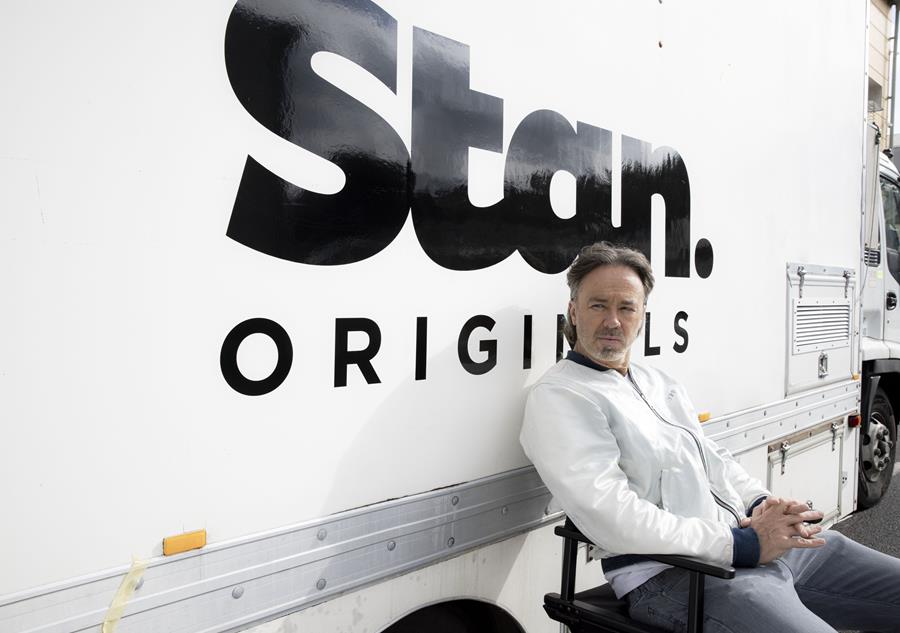 Stan Chief Content Officer Cailah Scobie said: “To have an award-winning international superstar like Sean Penn join a superb cast that includes major Australian and Hollywood actors like Bryan Brown, Bella Heathcote, Fayssal Bazzi and Matthew Fox is a real coup. Helmed by the extraordinary Kick Gurry, C*A*U*G*H*T marks yet another blockbuster addition to our growing slate of locally produced, world-class Stan Originals — with the series promising to poke fun at celebrity culture, while exploring the often outrageous price of fame. We look forward to working with Fremantle, ITVX and the creative team ahead of C*A*U*G*H*T premiering on Stan in 2023.”

Director, Producer and Creator Kick Gurry said: “The biggest challenge for me was creating something worthy enough of all my insanely talented friends. I genuinely cannot wait to share this show with the whole world and look forward to the internet telling me how terribly I missed the mark.”

Executive Producer and Actor Sean Penn said: “Kick’s brand of irreverence is so charged by an enthusiasm for all things considered inappropriate. From ball-sacks, to fame, idiots & intellectuals, and finally to that creepy-crawly continuum of war. C*A*U*G*H*T captures the comedy that is generally confined to fox holes.”

Jamie Lynn, EVP Co-productions and Distribution, EMEA, International, Fremantle said: “Stan continues to set a high bar for premium originals and with the mirrored ambition of the soon to launch ITVX, we knew this could be a perfect partnership. Kick Gurry’s contagious enthusiasm and delightful scripts immediately convinced us this was a special and timely project unlike anything else in the market. The fact that A-list talent like Sean Penn, Matthew Fox and others quickly came to the same conclusion, along with an array of star studded cameos, only reaffirmed this. C*A*U*G*H*T is going to surprise people in 2023 and we can’t wait to share it with the world.”

ITV’s Head of Content Acquisitions, Sasha Breslau said: “We are thrilled to be working with Stan and Fremantle to bring C*A*U*G*H*T to UK audiences, the star-studded cast and satirical humour will be a real treat for ITVX viewers next year.” 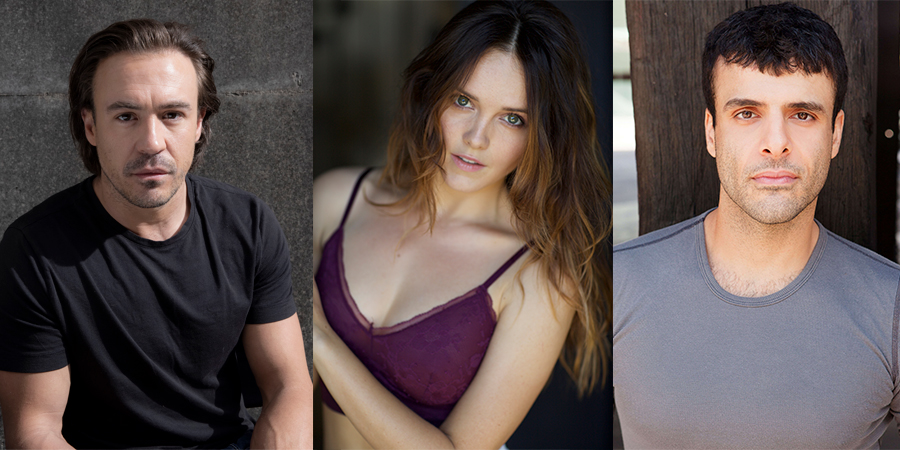 The Stan Original Series C*A*U*G*H*T is created, produced and directed by Kick Gurry. Sean Penn executive produces alongside producers John Schwarz and Michael Schwarz (Danger Close: The Battle of Long Tan, Stan Original Film Gold) from Deeper Water Films, and Brendan Donoghue. C*A*U*G*H*T is executive produced by Cailah Scobie and Amanda Duthie for Stan. The series is produced in association with Fremantle, who will also handle international distribution for the series.

The Stan Original Series C*A*U*G*H*T is now in production and will premiere in 2023. 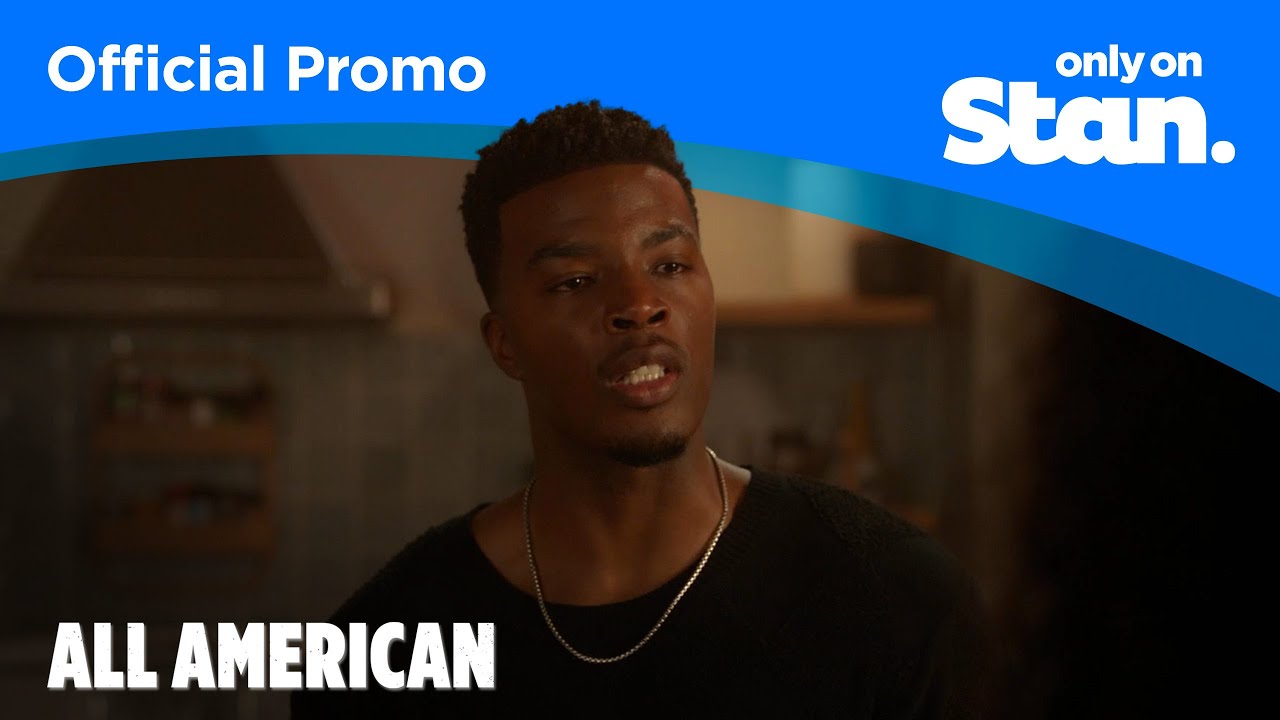 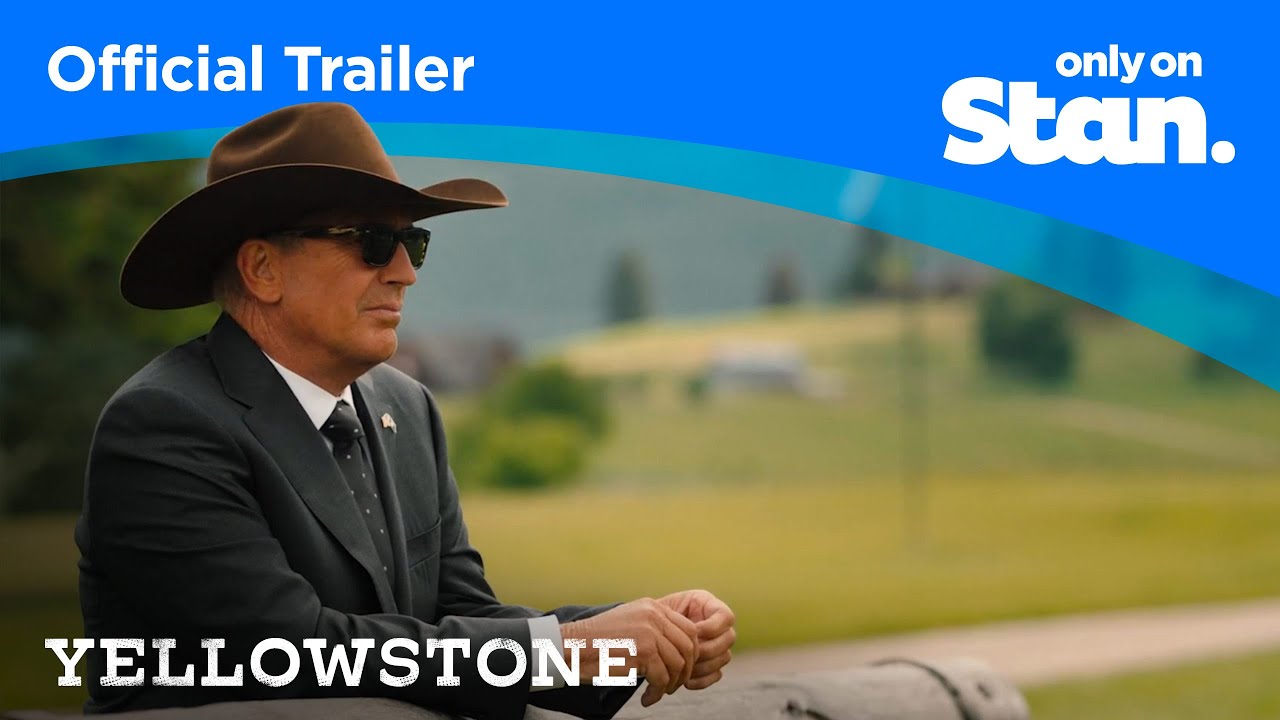 According to TBI, Stan’s Bali 2002 and Love Triangle are among shows distributed by Banijay that are heading to MIPCOM this year.

In other words, they lost $10 million with the extra spending on sports. Better hope they can pick up more next year, otherwise that margin is going to continue dwindling.

SMH reports today that Stan is about to lose NBCUniversal content, as Foxtel clinches a new contract with the US media giant. Sources said Stan and its parent company Nine Entertainment Co walked away several weeks ago over concerns of price and clauses that give NBCUniversal the power to terminate and launch its own service, Peacock, at any time. 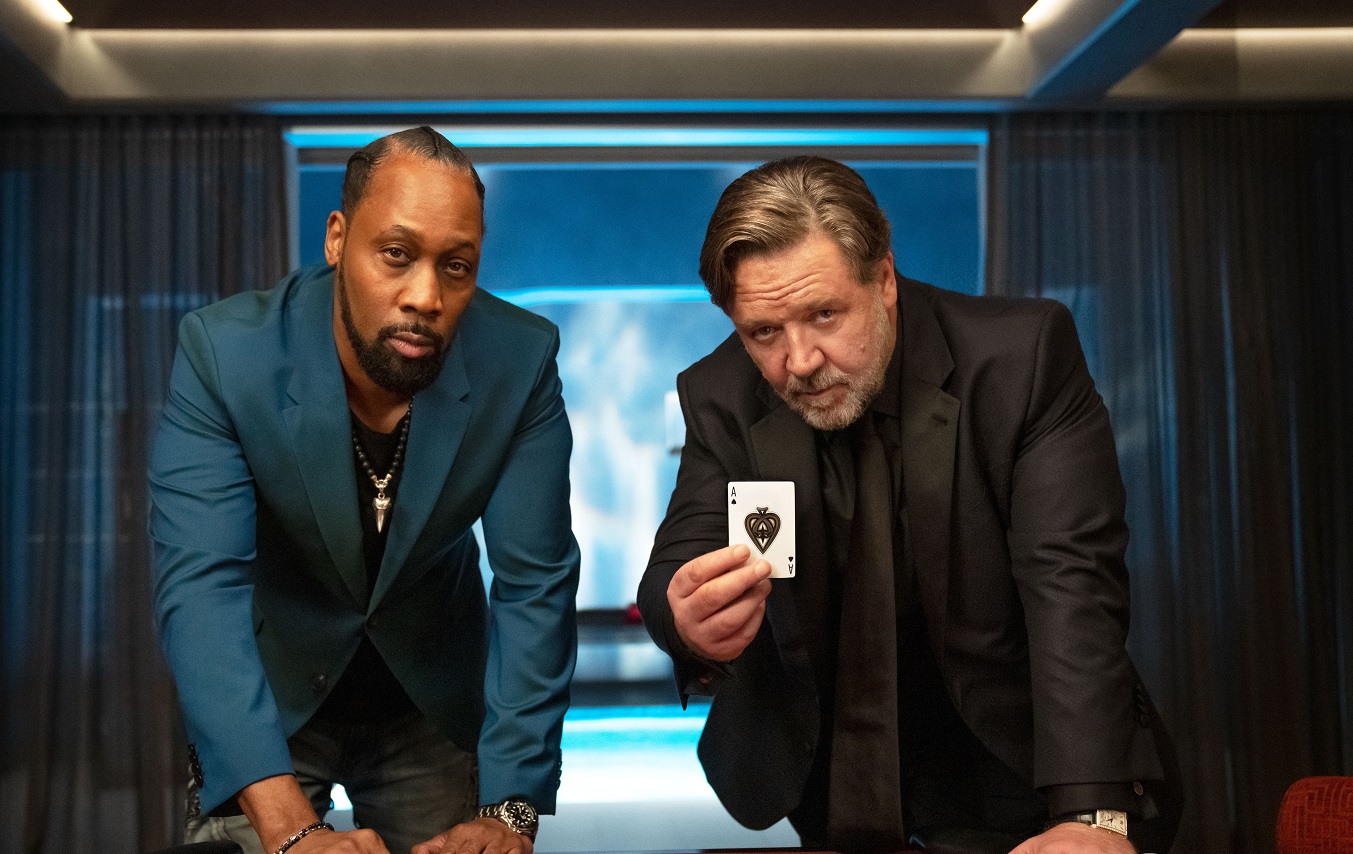 Russell Crowe's 'Poker Face' will join Stan's stable of original films following its premiere in Rome this month, with the high-stakes thriller to be available on the streamer from November 22.

SMH reports today that Stan is about to lose NBCUniversal content, as Foxtel clinches a new contract with the US media giant. Sources said Stan and its parent company Nine Entertainment Co walked away several weeks ago over concerns of price and clauses that give NBCUniversal the power to terminate and launch its own service, Peacock, at any time.

They didn’t really need full rights. However when you look at the deal that Foxtel have/had there are basically three channels relying on it Universal TV, E and CNBC. So who knows how much content Foxtel would be loosing if they didn’t renew it?

I think Stan has a deal with Sony too .

So how knows how much content Foxtel would be loosing if they didn’t renew it?

Foxtel getting this deal suggests
they think HBO will gone from Dec 2023.