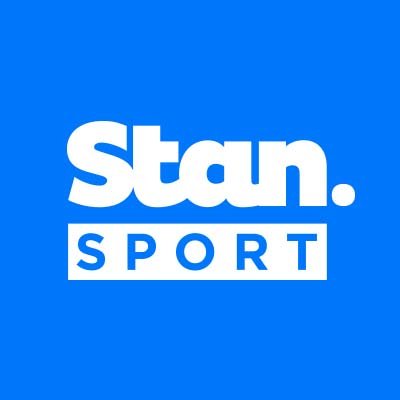 @StanSportAU
The New Home of UEFA Champions League 🏆⚽ Coming soon to Stan Sport. The Only Place To Watch Every Match. Ad-free. Live & On Demand. https://t.co/dQbj1k0NU3 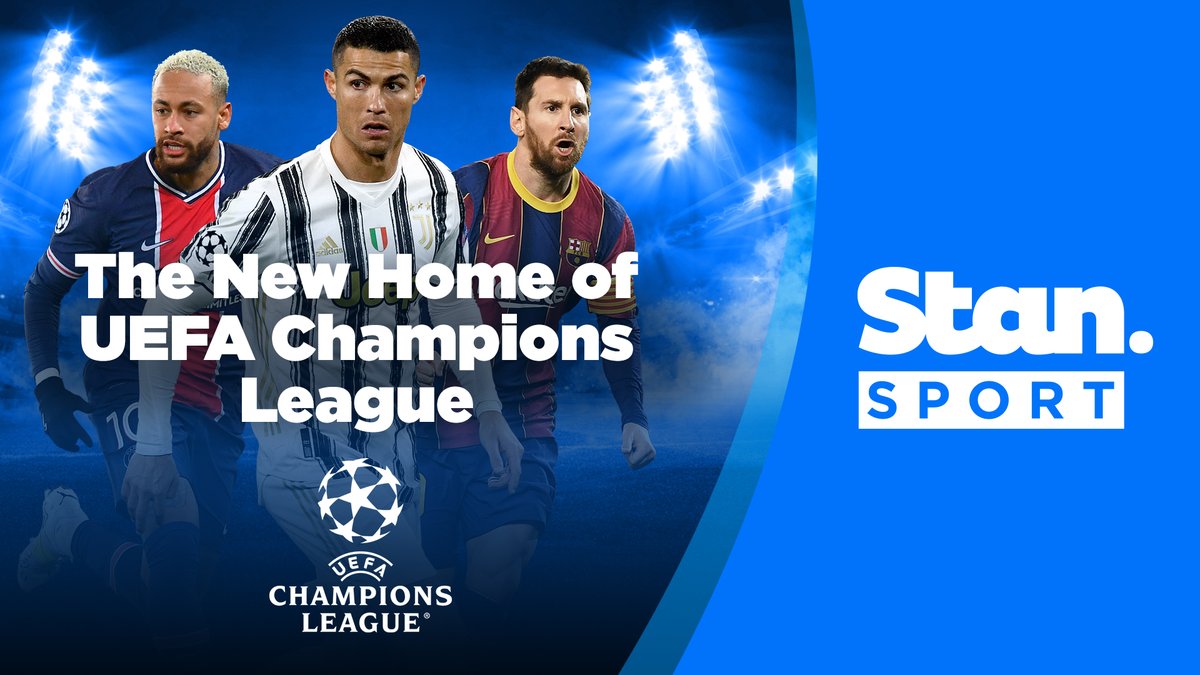 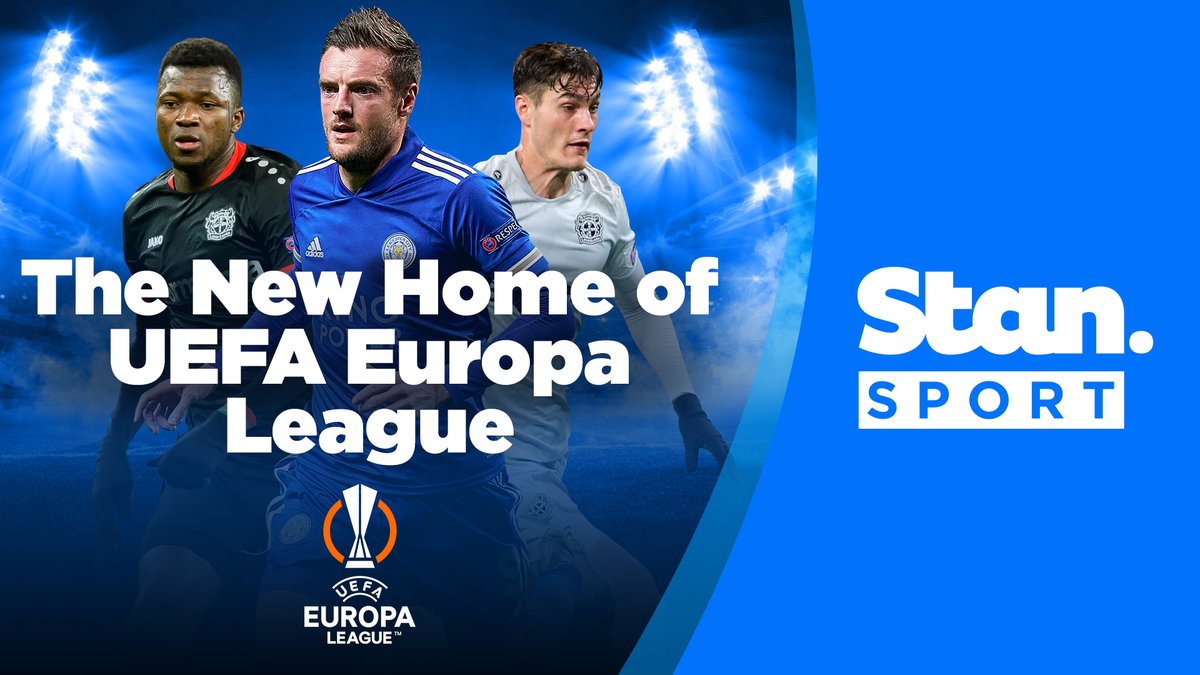 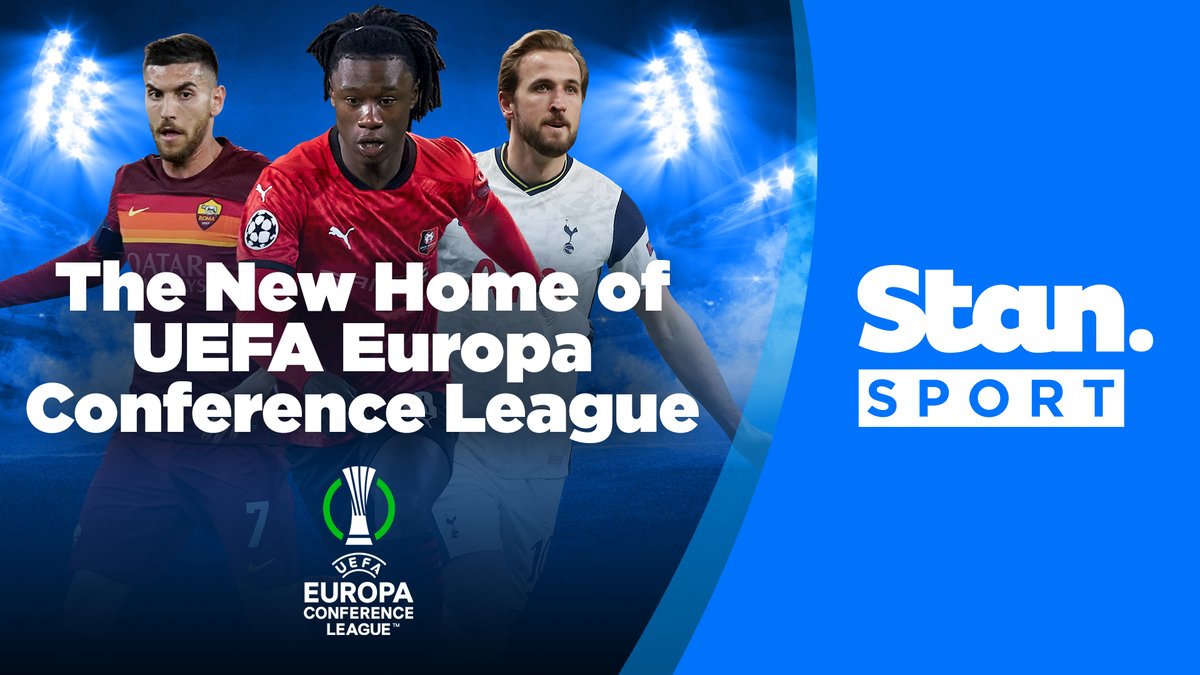 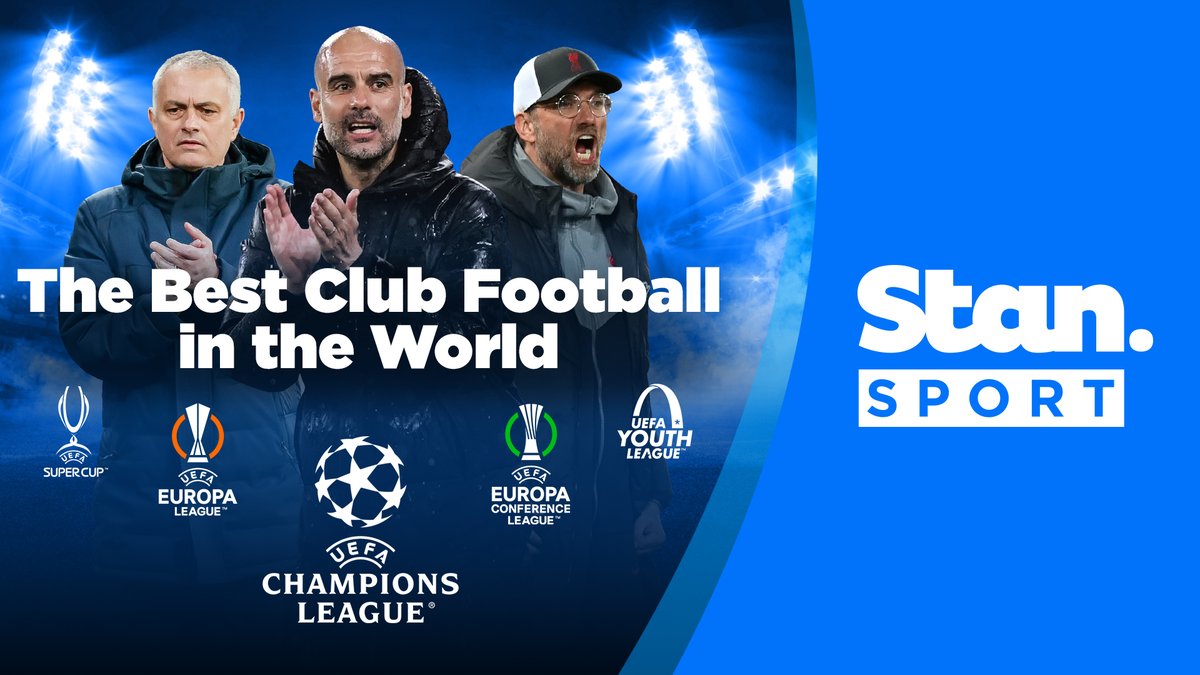 Stan Sport has added a third sport to its content slate, announcing a multi-year partnership with football’s Union of European Football Associations (UEFA) to broadcast the Champions League and associated competitions.

All games will be streamed on Stan, unlike the platform’s Super Rugby coverage which saw matches also go out on Nine free-to-air, but Mumbrella understands the terms of the deal mean an opportunity exists to air the final free-to-air. Stan Sport has added a third sport to its content slate, announcing a multi-year partnership with football’s Union of European Football Associations (UEFA) to broadcast the Champions League and associated competitions.Nine’s streaming video on demand... 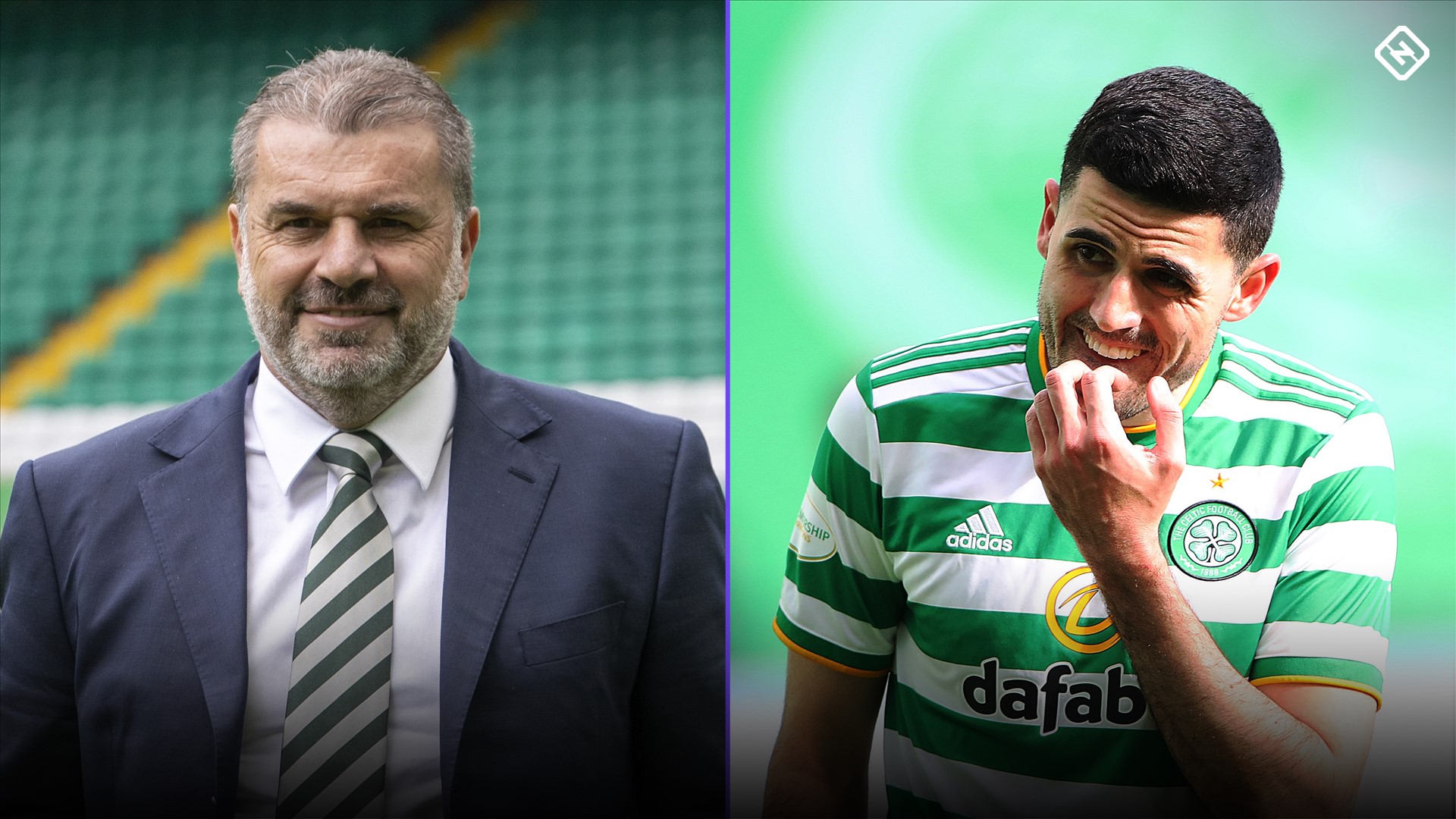 Stan Sport's coverage of the UEFA Champions League will begin on Wednesday morning with the live broadcast of Ange Postecoglou's Celtic in their second qualifying round match against Danish side FC Midtjylland.

Stan Sport’s coverage of the UEFA Champions League will begin on Wednesday morning with the live broadcast of Ange Postecoglou’s Celtic in their second qualifying round match against Danish side FC Midtjylland.

Stan has also confirmed they will be telecasting the UEFA Super Cup match between Champions League winner Chelsea and Europa League champion Villarreal on August 12 (AEST).

As is part of their contract with UEFA.
These pre-group stage CL games are sold on a game-by-game basis.

Familiar to fans worldwide, Max Rushden will bring an incredible wealth of European football knowledge and experience from his various roles at the BBC and Sky Sports, and most recently his work at Talksport and as host of the Guardian’s Football Weekly, one of the biggest multi-award winning football podcasts in the world. Stan is delighted to be bringing Max over to Australia from the UK to host the best club football competition in the world.

Max Rushden said: “I am thrilled to be joining Stan to host their exciting new UEFA Champions League, Europa League, and Conference League coverage. From the early stages of our discussions, it was clear we were very aligned on how football should be covered - in a relaxed, intelligent, and hopefully entertaining way. We’re putting together a brilliant team of experts in Australia and around Europe, and I can’t wait to arrive with my Aussie wife, get hotel quarantine out of the way, and get stuck in for our first group stage matches.”

With over eighteen years of experience covering football, Craig Foster is one of Australia’s most beloved sports presenters having covered some of the biggest football tournaments around the world including World Cups, UEFA Champions League and the Premier League. Away from football, Foster is equally known for being a global advocate for human rights and was appointed a Member of the Order of Australia (AM) for significant service to multiculturalism, human rights, refugee support organisations, and football earlier this year.

Craig Foster said : “The UEFA Champions League is the benchmark football competition globally with the greatest players, tacticians, histories and club rivalries. Since the mid-1950s, when Real Madrid made their name as 5x Champions of Europe, through the various iterations to Chelsea’s second triumph last year, it’s the competition every club wants to be in, and every fan wants to experience. I’m delighted to be able to bring the world’s finest football to Australian audiences with Stan - the new home of the UEFA Champions League.”

Max Rushden and Craig Foster will be introduced in Stan’s Super Cup coverage on Thursday and will appear in studio for the UEFA Champions League group stage, with matches commencing Wednesday 15 September. Stan is looking forward to revealing further talent announcements and broadcast details in the coming weeks.

Stan Acting Chief Executive Officer Martin Kugeler said : "We are delighted to announce Max Rushden and Craig Foster as our first commentary team signings for Stan’s UEFA club football coverage. Max and Craig will bring incredible expertise, knowledge, and passion for the world’s best club football to our broadcast. We look forward to welcoming them both into our Stan Sport family.”

These matches will mark the start of a new era for football broadcasting in Australia with Stan recently announcing a multi-year partnership agreement with the Union of European Football Associations, securing exclusive broadcast rights to every match of the UEFA Champions League, UEFA Europa League, UEFA Europa Conference League and UEFA Youth League, alongside rights to the UEFA Super Cup, for the next three seasons – bringing the best players, the biggest clubs, and the most prestigious club football tournaments in the world exclusively to Stan Sport.

Stan Sport’s exclusive UEFA coverage will begin with the 2021-22 UEFA Super Cup match between 2020-21 UEFA Champions League winners Chelsea and Villarreal, winners of the UEFA Europa League – kicking off this Thursday 12 August from 4:50am AEST.

Craig Foster is a big signing.

I reckon stan will make a big play for premier league rights that are about to come after this season. ViacomCBS will also be in the mix but I think with champions league and premier league stan would think that would generate huge subscriptions.

That’s their plan. They’re not really interested in other domestic leagues until they get the EPL.

I reckon stan will make a big play for premier league rights that are about to come after this season.

Would be absolutely massive. If Stan gets their hands on EPL and maybe even the FIFA tournaments then they will thrive and give Kayo a good run for its money.

For a start Stan could consider bidding for the rights to FIFA Club World Cup (last time I heard it aired on Fox Sports, although the Australian broadcaster might have changed since).

Last aired on Optus Sport last year. Be-In before that.

Huge signing with Craig Foster. Foster worked on 7’s coverage in 2001 of the Socceroos vs Uruguay WCQ.

…and has been a mainstay of the SBS football team for decades.

Interesting he didn’t go to 10. Perhaps he didn’t want to work so much and stan is only really casual coverage.

That is why he quit SBS, so maybe. So he can focus on his activism work.

Glad he is back on football coverage. His analysis and football knowledge is a great asset. Foz has previously worked on SBS’ UCL coverage

Would be absolutely massive. If Stan gets their hands on EPL and maybe even the FIFA tournaments then they will thrive and give Kayo a good run for its money.

It would be “absolutely massive” in that it would also raise serious questions about Optus Sport’s future. Even though they have’ve secured the rights to the 2023 Women’s World Cup, it’s hard to see a soccer service limp along for a year between the end of the Women’s Euros next July and then without having the rights to one of the major European soccer leagues.

Interesting he didn’t go to 10. Perhaps he didn’t want to work so much and stan is only really casual coverage.

Am surprised Craig Foster signed up to do football coverage on Stan as I thought he’d be focussing on his activism work. Nevertheless he’s a massive get by Stan and a missed opportunity for P+ to sign him up.

Max Rushden tweeted tonight that he is moving from UK to Australia to take up the co-hosting role on Stan’s Champions League coverage, while continuing his existing media commitments. 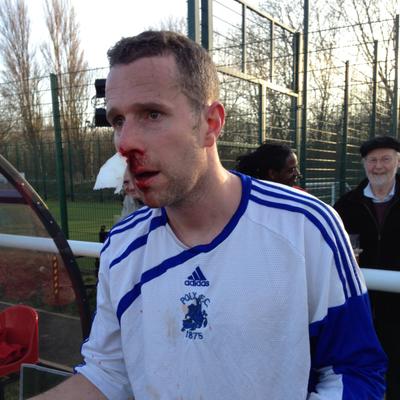 @maxrushden
*Can't find the klaxon emoji but some personal news*  I am moving to Australia.   I’ll be hosting the Champions League for @StanSportAU - it’s such a brilliant opportunity & I’m so excited to be doing it. Can’t thank them enough for showing faith in me. twitter.com/StanSportAU/st…

@maxrushden
If you happen to enjoy me on @talksport & @guardian_sport football weekly & then be very thankful to my bosses @LeeClayton_ & @christianobeno who have allowed me to carry on doing the pod and the weekend radio shows. I am incredibly grateful.

@maxrushden
Most importantly Mrs Rushden has sacrificed so much for my career and I am so happy to help her get home, and so grateful to everyone who has helped in making that happen.   Because she is a delight.
1 Like
VictorianSun August 11, 2021, 10:50pm #20

Are there any caps from the Stan broadcast this morning for the european coverage?