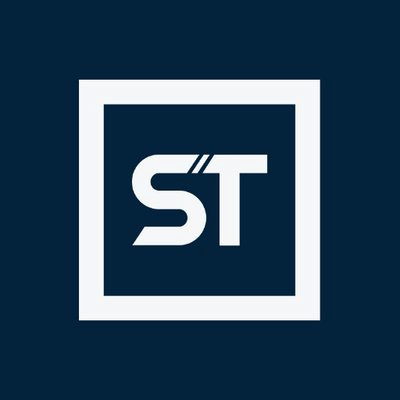 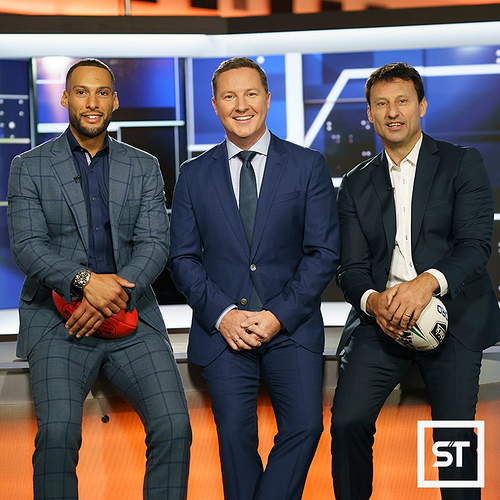 It’s been a long seven years since Sports Tonight graced our screens, but the hit TV show is returning with a fresh new look and star-studded panel.

Matt White is returning as host, and each week will be joined by Rugby League legend Laurie Daley and AFL Premiership-winning hardman Josh Gibson, as they review the week that was in sport.

Caty Price and Scott Mackinnon will join the panel from the ground, bringing audiences the latest breaking footy news and tackling the big issues.

Fresh off a Logie win for ‘Best Sports Coverage’ with the Bathurst 1000, Matt White said it was “fantastic” that Sports Tonight" is with a “rejuvenated style”.

“This is a sports news show that won’t disappoint and will bring all the latest on sports scores, highlights, expert opinion, interviews and analysis to viewers,” he said.

“We are introducing a number of new and exciting segments. We plan to have a lot of fun each week.”
Fans of the show will be pleased to know that the much-loved Play Of The Day will be sticking around, as well as a new segment – Footy Focus – which will dissect the talking points of the nation’s favourite sports.

Beverly McGarvey, Network Ten Chief Content Officer, is thrilled about the re-launch of one of Australia’s favourite sport shows.

“Sports Tonight is an extremely popular sports news program which is perfect for our Sunday night line-up,” she said.

"It will provide all the latest sports news and some great light-hearted fun and games, with some of the best Australian and international sports people.

Sports Tonight Is Back!

Sports Tonight will hit the screen LIVE on July 15 at 9.15pm on TEN and WIN.

Ironic that the network without any major sport has its own dedicated sports news show
How much cross promotion with FOX Sports are we going to see?

This obviously will be more of a light entertainment sports panel show with analysis, conversations, reports & interviews from Scott & Caty etc than its previous incarnation when it was a fairly straight sports bulletin following the news. I also don’t think it’s likely we’ll see much if any cross promotion for Fox Shows unless it’s something Ten will be airing such as the A-Leauge etc. Footy Focus already seems to have replaced much of the crosses to Fox talent for analysis during the news bulletins nowadays anyway.

Maybe it’s time for a Sports Tonight thread? I’ve got no idea how to create one…

Also this, looks a little cheap from the photo but will reserve my thoughts until next Sunday. 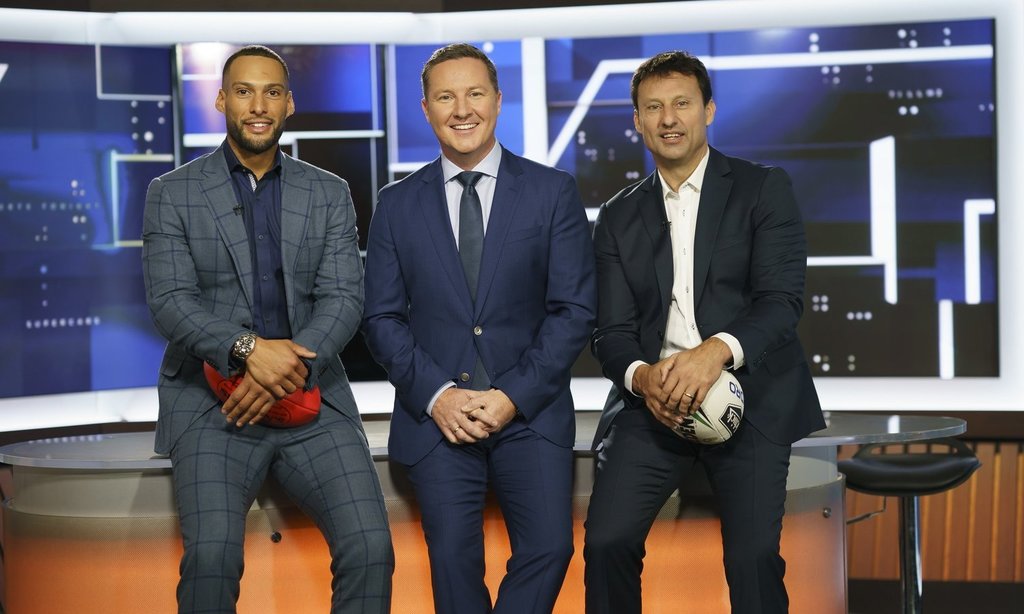 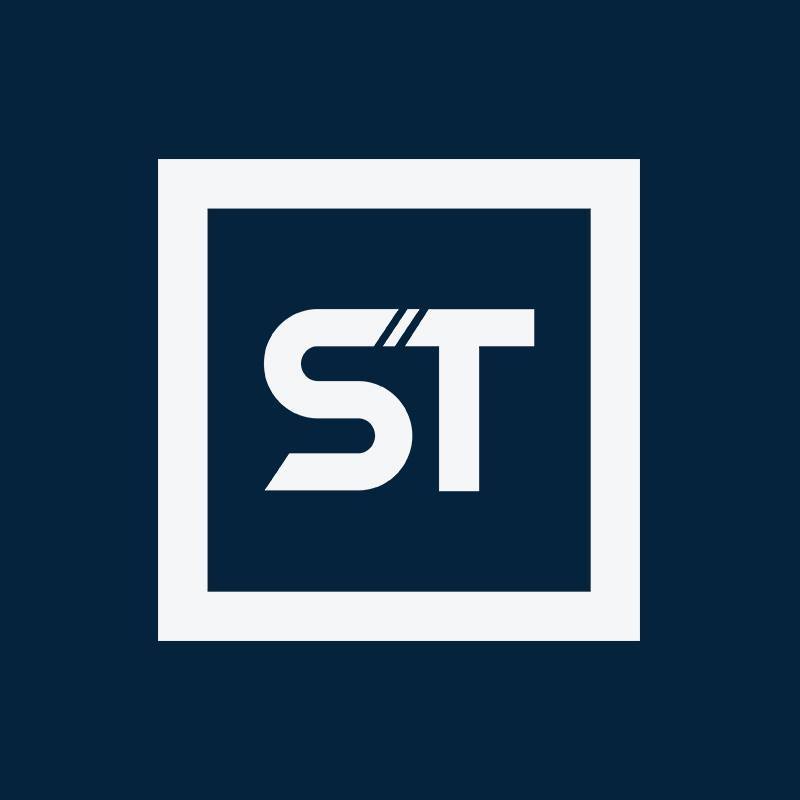 Is that the old Melbourne news desk?

A week and a bit too go and we’ve seen no advertising? It seems this may be a trial run?

The wooden paneling under the screens reminds me of the This Week Live desk that Studio 10 now use when they’re filming from Melbourne.

Do we think that it’s filmed in the Sydney newsroom given that it kind of looks like the 3 screen backdrop setup that the news & Studio 10 uses?

I hope it works for them.

Is that the old Melbourne news desk?

Looks like WIN’s old Perth desk from when they had the blue screen.

I kinda liked the old ST logo with it being inside a football. Nonetheless its great to see it back.

Haven’t seen much of it yet but I do like the graphics in the background.

given that it kind of looks like the 3 screen backdrop

Don’t think it is, the framing around it looks different at the bottom.

So its replacing NCIS? I can’t see this working in a primetime spot. But I am happy to be proven wrong.

Must be this… surely. 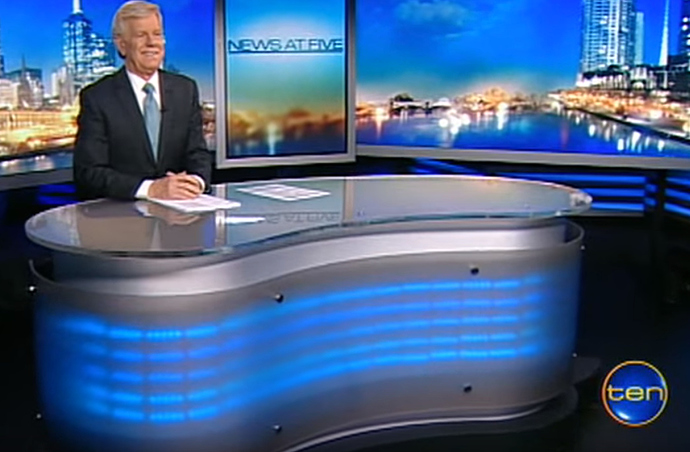 Good to see it back I remember in the 90’s that critics bagged the show saying who would want to watch 30 minutes of sport.

Don’t think it is, the framing around it looks different at the bottom.

They’re easy to cover up, Studio 10 just uses the screens from either side of the 3 panels of the news set with complete new borders including different bases as can be seen in the below image so it’s possible Sports Tonight are doing the same thing or just trying to cover it up. 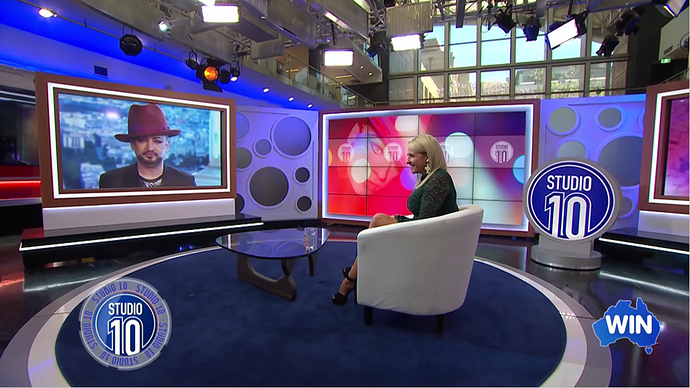 EDIT: This full size image below gives away that the show (at least for this photo shoot) is coming from the Ten Pyrmont newsroom, you can see the top of the second level with all the screens with the different time zones I image they are displaying. 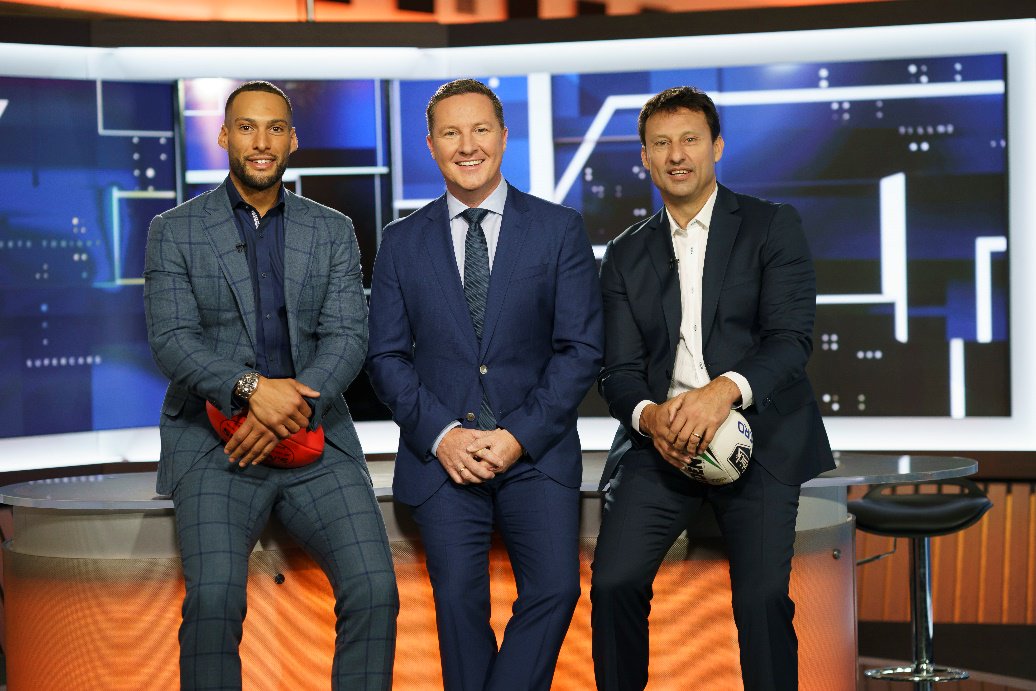