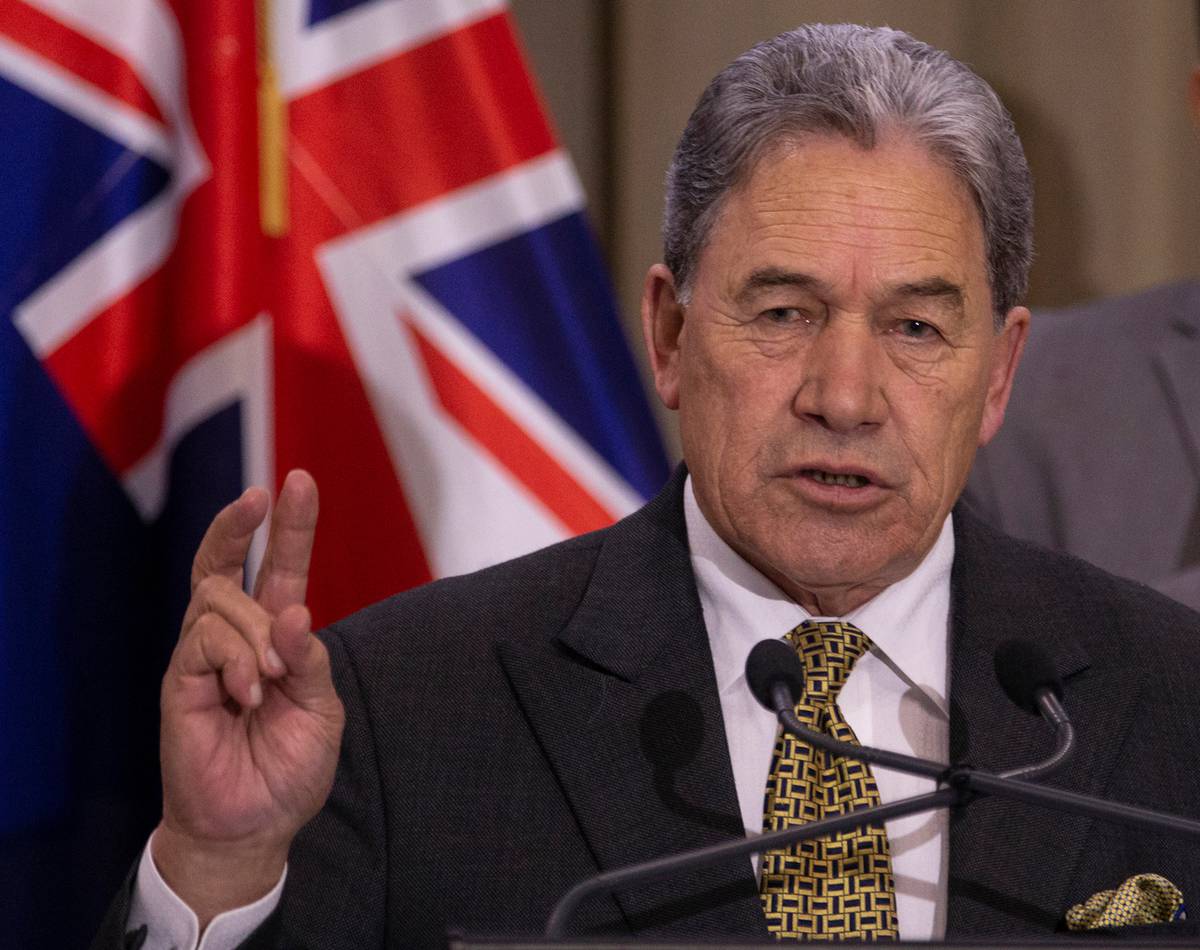 Acting prime minister has slammed Australia for 'copying' our flag .

I wish we’d changed our flag a couple of years back when we had the chance.

Shit thread and author of this post is a flog

Edit edit: not too late

Ninja Edit: bring it on!

Winston is such a punisher. Always loathed him.

I’d take this opportunity to say fuck you to the racists and thugs who ruined the potential to use the one good alternative flag - the Eureka Flag.

I still want to get rid of the current flag, but none of the options are quite as nice as the Eureka Flag would be.

I’m stealing this for our next rugby win

The way those years are described is a bit misleading: 1902 (NZ) and 1954 (AUS) are the years each flag was legally recognised as a national flag, but both had been in regular use long before those dates. The NZ flag was still created first (1860s vs AUS 1901), but those that don’t know their history could interpret the years cited as flag creation dates.

Secondly, NZ voted to change their flag two years ago and they blew it, so don’t blame Australia for your problems mate!

The Australian Anti-Transportation League Flag, which was designed by Rev John West of Launceston in 1849, predated the New Zealand flag. Winston Peters needs to check his facts.

The Australian Anti-Transportation League Flag is a flag used historically by members of the Australasian Anti-Transportation League who opposed penal transportation to the British colonies which are now a part of Australia. It is particularly significant as it is the oldest known flag to feature a representation of the Southern Cross with the stars arranged as they are seen in the sky. The flag was designed in 1849 by Reverend John West of Launceston, Tasmania, and from 1851 was used by the ...

They were opposed to penal transportation to australia

Yeah I read the wiki after I commented.

Trains make me angry too, unless they’re Japanese, and then it’s toot toot muthafucker

What even is the point of Winston Peters?

Trains make me angry too

That’s not very NUMTOT of you.

I don’t know much about NZ Politics in general, but isn’t Winston Peters the leader of what is basically the NZ equivalent to One Nation?

Anyway, back on topic. I actually would not be overly surprised if Australia does seriously consider getting a new flag at some point in the future, but it definitely won’t happen while the current government is in charge of running the country. Same deal with changing the anthem, the date of Australia Day, becoming a republic and anything I’ve missed…but those issues are some very long debates for another time.

No, NZ First is the old people populist centrist party.

Winston Peters has been in Government as DPM before, both with National and Labour before the current Government, which is Labour, NZ First and the Greens

I am a numtot and have been since before it was cool. Australian public transit is shit though.