Please tell me you’re not being serious…

Establishing a localised Melbourne upfront is a good idea… as most advertisers are based there.

Seven use to do this. Makes sense. Seven West Media’s chief people and culture officer, Katie McGrath, will depart the broadcasting giant after five years in the company and will leave in December.McGrath joined us in June 2017 as group executive, Human Resources, after senior... 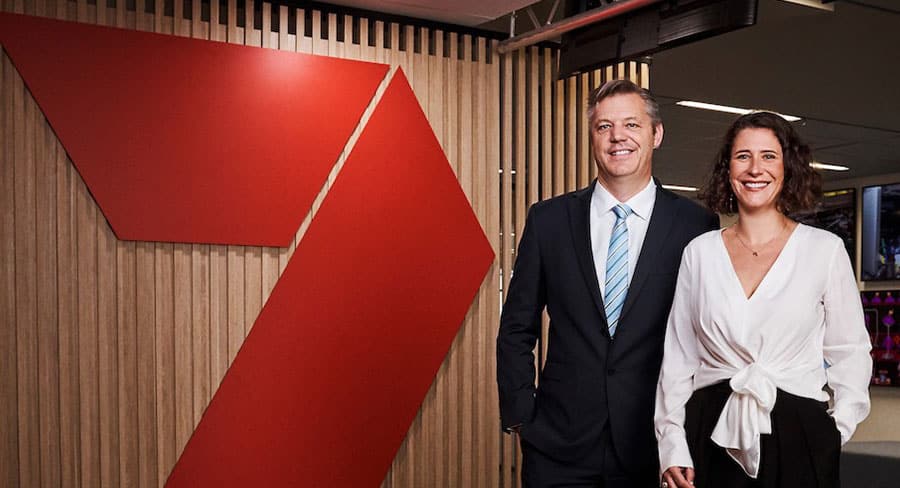 Three years since being hired as Seven’s first chief marketing officer, Charlotte Valente has announced that she will be leaving the company.

Seven’s 2023 upfronts will be held at 5pm AEDT today, so a twilight presentation.

Seven West Media is proud to announce it has joined forces with one of Australia’s most trusted environmental organisations, Planet Ark, to galvanise the nation and drive sustainable initiatives through the power of recycling.

Seven is the official media partner of Planet Ark’s flagship annual event, National Recycling Week, which is dedicated to educating and empowering people to reduce, reuse and recycle more of the right things, more often.

The media partnership coincides with the release of Seven West Media’s inaugural Sustainability Report, which outlines the company’s sustainability priorities and activities over the past year.

As part of Seven’s commitment to National Recycling Week, which starts Monday, 7 November, the network will run a television commercial and creative content for Planet Ark nationally on Channel 7 and 7plus.

Seven West Media Managing Director and Chief Executive Officer, James Warburton, said: “We are a media company that entertains, informs and connects with millions of people every day. With that privilege comes the responsibility of ensuring the critical role Seven West Media plays in Australian society has a positive impact. For that reason, sustainability has long been a part of our day-to-day operations.

“Our inaugural Sustainability Report provides an important roadmap to this commitment, ensuring we walk the walk when it comes to promoting important environmental causes, uniting the people and the communities in which we operate, providing opportunities for future generations and supporting diversity, equity and inclusion.

“Planet Ark’s decision to partner with us is a meaningful vote of confidence in our ongoing mission and we are proud to help raise awareness of recycling together. We look forward to collectively reframing waste as a resource, improving recycling behaviours and galvanising Australians to do their part and recycle more,” he said.

“The partnership will also see Planet Ark provide sustainability training to Seven West Media, empowering our people to make a difference to our world through positive environmental actions.”

Planet Ark Chief Executive Officer, Paul Klymenko, said: “We’re pleased to partner with one of Australia’s biggest media companies and the nation’s most-watched network to spread the message about the importance of recycling.

“By joining forces with Seven West Media, we’re able to demonstrate to millions of Australians the benefits of waste prevention and recycling to produce environmental benefits and help people improve their environmental footprint. Keeping materials in circulation for longer benefits the environment by reducing the extraction of virgin materials, as well as the water and energy it takes to produce new products,” he said.

“At Planet Ark, we know that waste isn’t waste until it’s wasted, which is why National Recycling Week this year is all about providing education that empowers people to keep valuable materials in circulation. It’s in our hands to drive positive change through smart choices in what we buy, how we use it and what we do with it at the bin. That’s how we can all have a role in driving Australia’s critical transition to a circular economy,” he said.

Since National Recycling Week was established in 1996, the annual recycling rate in Australia has increased from just 7% of all disposed materials, or 1.5 million total tonnes recycled, to more than 60%. That’s a massive 43 million tonnes of materials recycled every year.

The first phase of the Seven Network’s new state-of-the-art digital and broadcast converged trading platform, CODE 7+, will take flight in 2023, providing Australian advertisers and agencies with faster, more effective and easier buying across the screens of Seven.

The second phase of the rollout of CODE 7+ will start next year, revolutionising BVOD trading in Australia and making 7plus an even more powerful platform for advertisers. In 2024, the full total video audience delivery system will launch.

In a global first, Seven will bring together the technologies of both Salesforce, the global leader in CRM, and Imagine Communications, a leader in video infrastructure, advertising systems and workflow management solutions.

CODE 7+ will also be underpinned by the new industry total audience measurement VOZ, along with data from Seven’s market-leading audience intelligence platform 7REDiQ, to unlock better results and dynamic campaign deliveries that will maximise outcomes.

With CODE 7+, advertisers and agencies can leverage Seven’s reach of 18.5 million viewers a month. Whether its broadcast or digital, metro or regional audiences, brands can weave their message throughout Seven’s amazing stories and cultural moments that millions of Australians talk about each week.

“We have listened to our client and agency customers to carefully understand what they need most – not just now but into the future – to effectively invest with us to reach and engage with their target audiences. We have worked with them to co-create what we believe will be the best total video trading platform in the world.

“The next stage of CODE 7+ will provide our clients and agency partners with more certainty on delivery through the very latest improved optimisation engine, with increased addressability and targeting capabilities on their way,” he said.

“The integration of VOZ total audience data will also be a huge boost to CODE 7+ and for marketers by helping them identify opportunities, maximise reach and exploit digital viewing behaviours in a modern video ecosystem across Seven’s powerhouse content.

“By combining advanced technology from global-leading vendors with Seven’s marketleading audience intelligence platform 7REDiQ, CODE 7+ is the future of total video audience trading, designed to make it even easier for brands to reach Australia’s biggest audience on Seven, all at the push of a button,” Mr Burnette said.

At today’s 2023 upfronts, Seven revealed the 2024 upfronts would be held on October 18 next year, as part of inaugural South by Southwest Sydney Festival. There is continuing speculation that Seven West Media has been in talks with Here, There and Everywhere about a merger... Seven was Australia’s most-watched TV network in the 2022 financial year and posted the greatest share of revenue.

TV advertising according to Seven 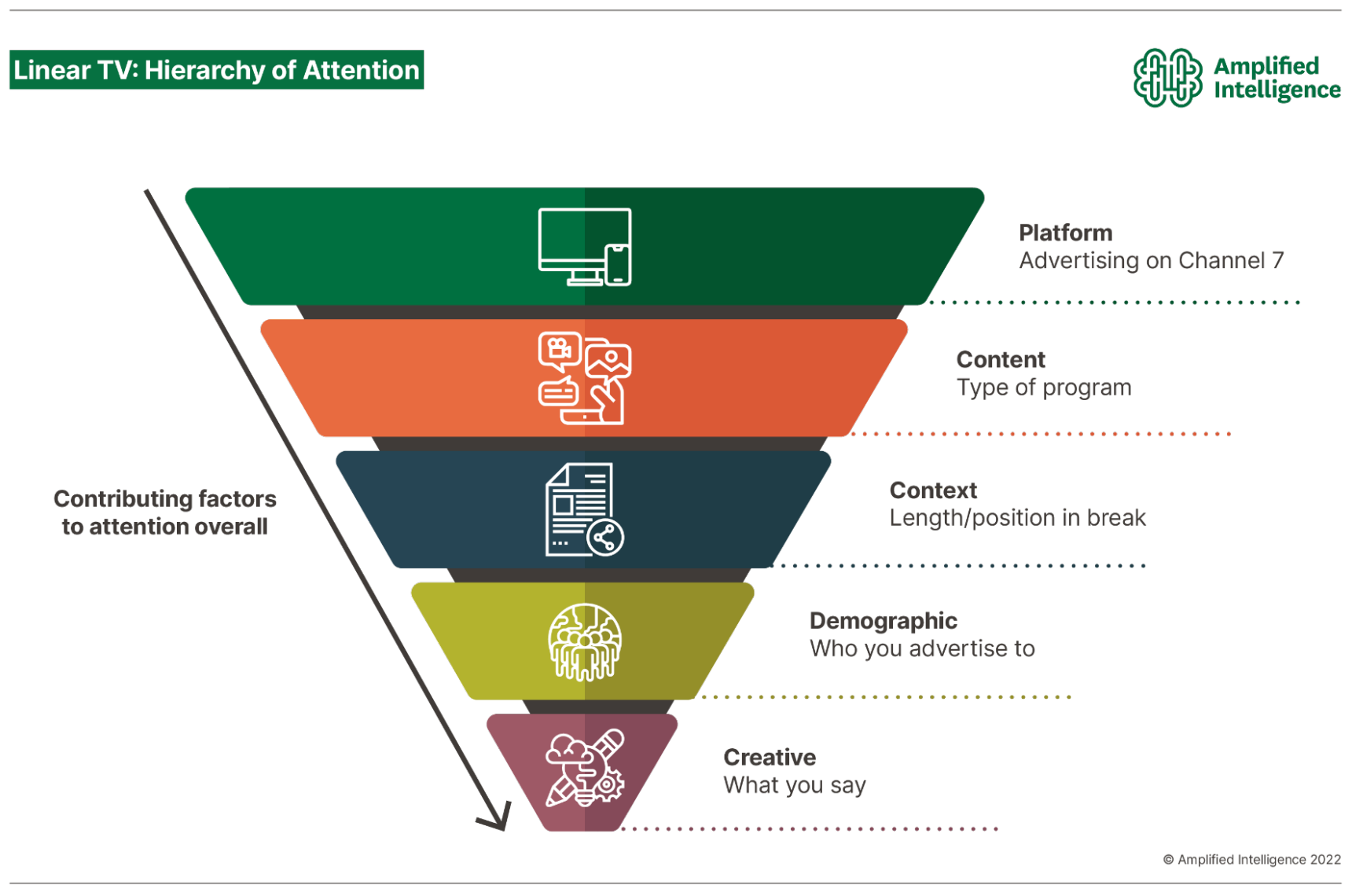 Australia’s attention economy: How viewers are watching TV and BVOD – Inside 7 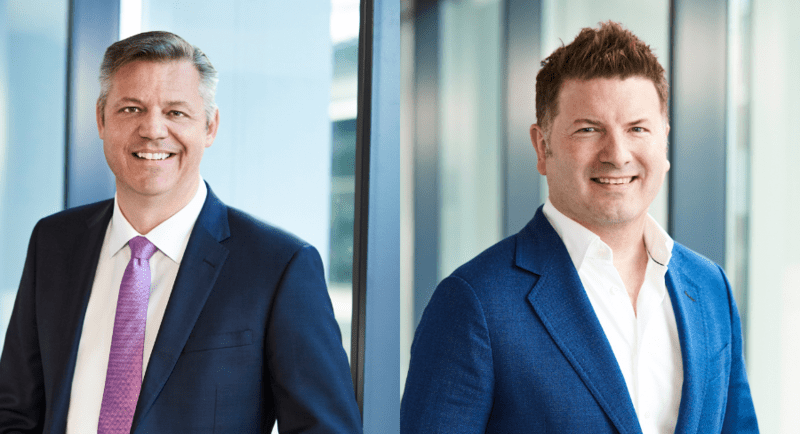 "No matter how you cut it": Seven execs talk Seven's TV ratings win

Saturday, November 26, marks the end of the TV Ratings Survey for the year, but Seven has already been able to claim victory for the year.

Bit premature with only 2 days left. Seven jumping the gun

Bit premature with only 2 days left. Seven jumping the gun

I get what you mean, but funnily enough, there actually is a pretty major event and on the last day (hard to believe in a way), but it’s just that it’s on SBS so in terms of YTD shares extremely negligible yes.

Although in terms of program rankings, that could indeed be interesting. @TV.Cynic

Seven has the WBBL grand final on 7mate which should help its multichannel shares. Not to mention the Victorian election coverage.