Live streaming on 7plus has been the case for me.

Gordon Ramsay or this will flop BIG TIME.

100%. This show will never work without him on it. He’s what made the show. The clips on YouTube are so damn bingeworthy.

As much as I find the US version way too scripted I have to admit I have fallen into the Kitchen Nightmares US wormhole of videos a few times.

The local version is not expected to have Gordon Ramsay fronting it, despite him being the face of the series in the UK and USA.

Well they can forget it then. No Gordon = No ratings.

Everyone knows he’s the ratings drawcard rather than the show. Someone like Marco Pierre White or Colin Fassnidge isn’t going to cut it.

2 posts were merged into an existing topic: 7flix - Programs and Schedules

Seven’s schedule above has been updated with the latest info. Thursday line-up still TBC.

Caught an extended promo this morning, with two V/O, saying ‘spectacular Sunday’ or something. With Dancing launch, Ice Skating gala and the Closing Ceremony.

Going to go out on a limb and say last week (and probably this week thanks to Friday and Saturday shares again) will be Seven’s only ratings highlights for quite some time, maybe until the AFL or even Married finishes. Just looking at how Married and Nine in general have been going in the evenings vs Winter Olympics and the factors that have been keeping Seven afloat.

As others have mentioned, Dancing skews old and launch last year did well probably because it was first time back to Seven and with Daryl plus had Anzac Day AFL lead-in. Hard to see total people going much higher than 600-700k metro.
And SAS won’t be any match for Married, 600k metro would be a miracle.
And their 9pm shows will flop, save for Front Bar in Melbourne.
Might need to rely heavily on multi-channels, weekends and AFL to help them.

The Voice after Married will probably be what they’re aiming to go huge for, but no Olympics direct lead-in this time and what about Farmer? 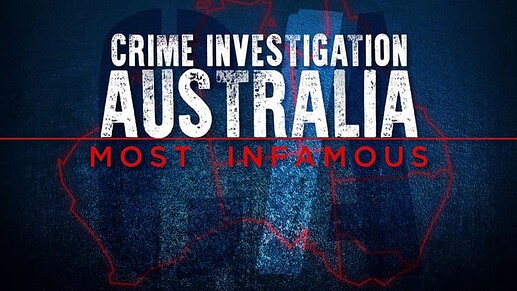 From Sunday 27 February 8:45PM The show will move into the post reality time slot on Sunday nights.

Episode 1 : In March, 1993, Leonard Leabeater, Robert Steele and Raymond Bassett went on a brutal murder rampage, killing five people and taking children as hostages across two states. The gang had been on the run from South Australia where Leabeater had been accused of indecently assaulting two girls.

Looking at his Instagram, Marco Pierre White is in Australia so I wonder if he might be involved in ‘Kitchen Nightmares’.

That would be a great pick up to host. I just wonder if they would have this quick a turn around for filming considering they only made the call for participants a few weeks ago. He is probably here for MasterChef.

Note: When commenting on schedules please don’t quote large sections of the post.

My guess for the Wednesday 7:30 TBA is Police Strike Force.

It’s a 2-part documentary which debuted on ITV in June 2019. In the show, Good Morning Britain host Susanna Reid will meet two men who are just days away from being executed for their crimes. Death Row: Countdown to Execution - All you need to know

So 9 Late News is scheduled an hour earlier than The Latest on both Mondays and Tuesdays for a while. It will be interesting to see how the ratings compare. And whether 7’s 10pm shows beat 9.

Some nerves around a number of those 9pm timeslots, I’m sure, will be interesting to see how long, if, that last.

It looks like first run Border is now a fixture on Saturday nights, unless it’s needed during the year to fill gaps elsewhere. I take it this was filmed around 2019 before pandemic? I also think it’s to try and keep as many Seven News viewers as possible for 30min against the success of Nine’s A Current Affair. It also then provides the 7:30pm start with a level playing field, as well as being able to show “M” rating.

I think we’ll only see movies start at 7pm there now once in a blue moon, as per 2020 and 2021, if it is very long (+3 hrs as not to disrupt/waste a later timeslot) or over summer (as we saw on multiple Saturdays), as well as during some split scheduling.

And according to guides, Saturday week’s “Temple of Doom” is indeed rated “M”, suggesting this Saturday’s “Raiders” with “PG” is a mistake (they have aired that as M previously). That also suggests they were originally planning a 7pm start but changed.

Just a reminder that Matt Shirvington’s first time as host of Sydney Weekender is now airing in Sydney.

My guess for the Wednesday 7:30 TBA is Police Strike Force.

Confirmed via updated promo tonight shown during The Amazing Race.