Discussion of Seven Network program plans for 2020 with upfronts reported for 23 October.

While Seven has the Tokyo Olympics and Paralympics in 2020, as well as an expanded AFLW season to cover, its priority has to be fixing the programming woes at 7.30pm from Sundays to Wednesdays. Seven won’t want to see My Kitchen Rules hammered by Married at First Sight every single night like 2019. It will also need to find a new host for the next season of House Rules, before filming starts in November this year.

Will House Rules be renewed?

I don’t think it will. I would imagine seven will abandon the house renovating genre

Maybe they could do some innovating and produce a drama or comedy.

As much as I wasn’t a fan of 7’s dramas its something the Australian audience used to love about seven. I totally agree this is something they should look at. There most successful dramas were ones that aired weekly all year round. Try another hospital drama or rural police drama.

Bevan Lee’s Between Two Worlds has apparently been postponed to 2020 so this one could do well.

I think Angus Ross should pass the programming baton on.

Agreed. Angus needs to move on.

7 needs to return to being the “drama” network like it was. It’s costly but if they get it right, they will benefit,

2020 will be the year for Seven thanks to AFL, Tokyo 2020 and Paralympics.
2020 Summer Olympics will be huge with multichannels going to soar to new heights and even outrating TEN’s primary channel. Due to the similar timezone, this will provide strong numbers on 7, 7Two, 7Mate and even 7Flix (with News taking priority at 6pm).
Sunrise will stay Number 1. Morning Show will be Number 1 in all 5 cities.
The thing is bout AFL - if Seven produces better quality games across strong-performing teams, then this will drive better ratings during Primetime.
Seven might expand on more entertainment, comedy and drama during primetime.

I think Angus Ross should pass the programming baton on.

I generally hate calling for people to be sacked. However, if Ross isn’t going to step down - Warburton should be asking for his resignation.

If Ross was a sports coach and he did to them what he’s done to Seven’s programming lineup/strategy, he wouldn’t have survived 2017 let alone still be coaching now…
——————
Want to save a lot of what I want to bring up/discuss until closer to the upfront. 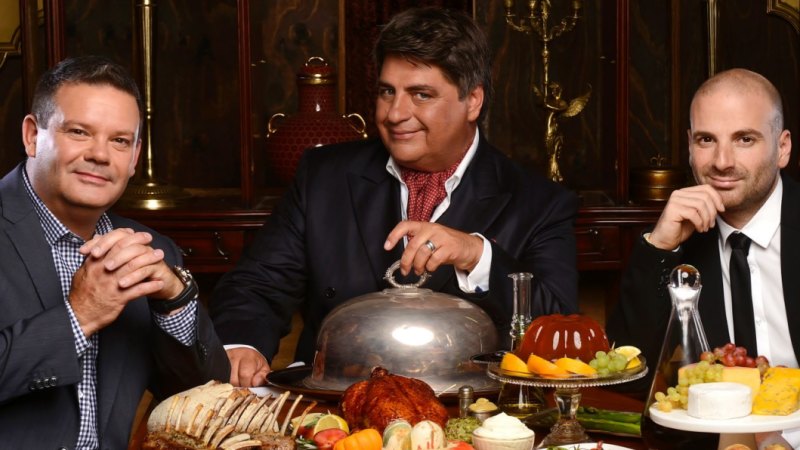 Seven is considering two former Masterchef judges, Matt Preston and Gary Mehigan - but not George Calombaris - for a new cooking show in 2020 after Network Ten pulled the plug on the trio in July.

The chefs were not being considered for cooking show My Kitchen Rules , a major Masterchef competitor that is now in its 10th year, but for a new show after the Olympics in 2020, the sources said.

I think Angus has done a wonderful job for Seven. It is like coaching a number 1 team on top for a decade. The team or in this case the shows are aging and Seven will remain Number 1 or tie or miss out by half a percent. It’s close whatever way. Angus and the whole team just need a rethink and refresh and regroup. The Switch show and Bride and Prejudice worked okay last year but this year Switch failed. A lot if shows have been huge for Seven but the tent poles and on docs are not working now.

Home and Away needs a rethink on how it’s scheduled. Triple episodes are not how the show is supposed to air. The episodes are poorly scheduled in Adelaide and Perth.

Bring someone like Jana Wendt back for current affairs credibility.

Angus has the skills understanding and knowledge to be Number 1. He has done it with Worker before and will do it again.

I’m not too fusey with what Seven brings, as I watched their news, sports, lifestyle and other entertainment/reality programs all day long !

Knowing Seven, they arent going back to Aussie drama, most of their new dramas are co-productions with world wide appeal.

I hope they renew proposal again in 2020 as that is my favourite show this year.

Channel 7 will probably expand with several documentaries next year. I can see that they are looking for different content to broaden the Seven Network. With promising ratings for AGT, they will more likely to renew it for 2020 season. AGT has performed satisfactorily this season thanks to Ricki-Lee as host. They are trying to be more competitive against Nine.
I can see that Channel 7 will take out the ratings year for 2020 (by a significant margin over Nine) in all 5-cities thanks to the Tokyo Olympics, Paralympics, the AFL. As well with this, Seven News will be Number 1 due to the Tokyo Olympics in the middle of 2020 and will win in all 5 cities.

Knowing Seven, they arent going back to Aussie drama, most of their new dramas are co-productions with world wide appeal.

Secret Bridemaids’ Business and Between Two Worlds are in-house productions but with an overseas actor.

Channel 7 will probably expand with several documentaries next year.

In the past five years Seven only commissioned four documentaries: Australia: The Story of Us, Michael Hutchence: The Last Rockstar, Jimmy Barnes: Working Class Boy, and Undercurrent. I doubt Seven will make another doco for 2020.

News Corp reports today Seven is planning to reboot Packed to the Rafters, with producers currently negotiating contracts to lock in key cast members. It is understood if the cast are locked in, filming would commence in early 2020.

Of course they are, not many original ideas there.

How awful. Leave it in the past.