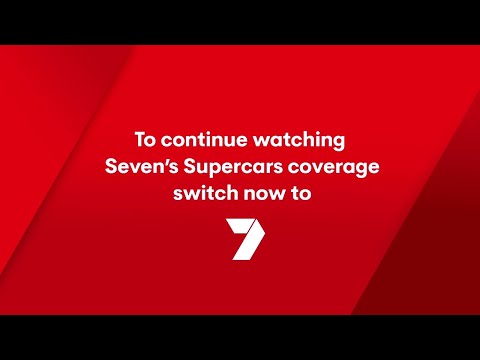 7 keeping the definition of “Live” fluid as usual

Not their fault arguably - it’d be produced by Supercars Media (or whatever they call their production arm these days) like everything else, and it also did go out on Fox Sports’ channel, indeed live there.

Seven could have easily just let everyone deal with it being delayed, so at least the 7plus option was something for those not following Bathurst on Foxtel.

7 keeping the definition of “Live” fluid as usual

To be fair, all the networks do it. My biggest beef is when they say shows/channels are “live-streamed” on their apps. There’s nothing live about them. They’re streamed or relayed, but the shows aren’t happening live, they’re prerecorded movies, dramas etc.
But that discussion is probably for another time, in another forum.

It looks like today’s Bathurst 1000 race will finish close to 6pm AEDT. It will be interesting to see if Seven will show the podium presentation on the main channel in Sydney and Melbourne (so the new season of Australia’s Got Talent can start at 7pm as scheduled), or show it on a multichannel. The problem is that 7mate in Sydney is showing the AFLW clash between Collingwood and GWS, and Gone with the Wind is now on 7flix, so 7TWO will be the only option for Sydney.

They’ll probably just shorten the bulletin so it still ends at 7pm like Nine News does when the NRL goes past 6pm on a Sunday. 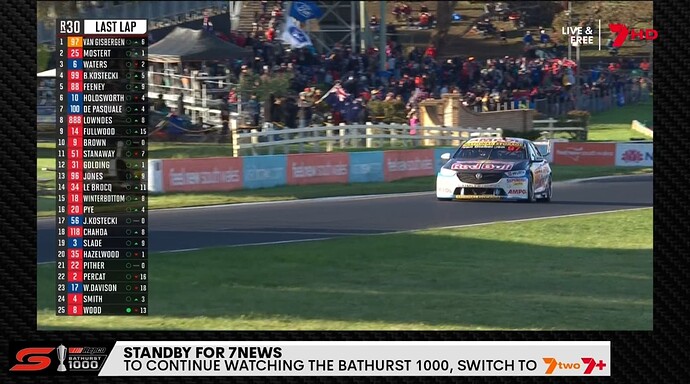 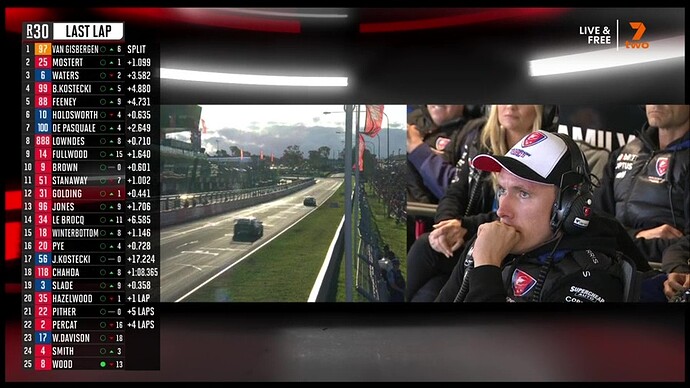 Wait did they move the race to 7Two on the last lap?

They started showing the race on 7Two but main channel still has coverage. Switch to 7Two in Sydney and Melbourne at 6:05pm. when the main channel switched to Victory Lane. 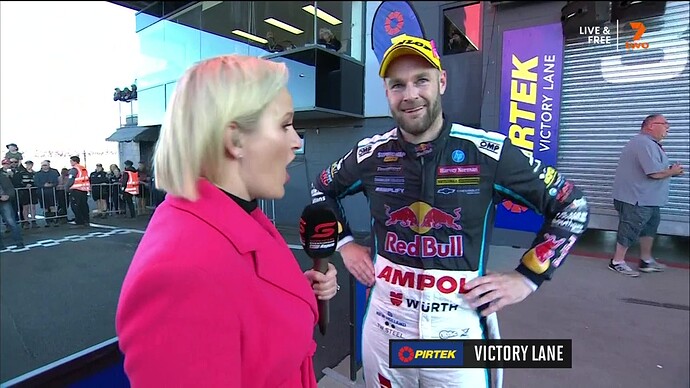 Good to hear. Imagine the uproar if they moved it on the last lap.

Main channel broadcast finished in Melbourne at 6.05pm with coverage now on 7TWO.

Audience up year-on-year, live streaming up 167% 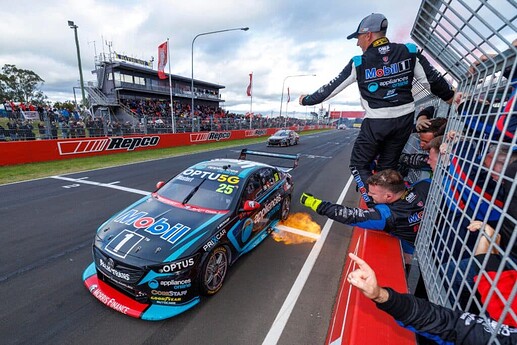 The Seven Network’s coverage of the Repco Bathurst 1000 from Mount Panorama was a hit with television and BVOD audiences yesterday, with over 4.82 million people watching the live racing action on Channel 7 and 7mate, and a further 299,000 on 7plus.

The action from Mount Panorama dominated its timeslot in total people, 25 to 54s and 16 to 39s, with the Race average broadcast audience up 6% on 2021 in total people.

“The Repco Bathurst 1000 is the jewel in the crown of Australian motorsport and we’re delighted that over 4.28 million Australians tuned into Seven’s live and free coverage from Mount Panorama, led by a star-studded commentary team.”

Seven’s Head of Network Sport, Lewis Martin, said: “Seven is a pioneer of motorsport broadcasting in Australia and Supercars is a key part of our sports schedule. There’s no better motorsport in Australia than Supercars and we’re thrilled to bring fans more comprehensive and unbeatable coverage in 2023.

“Seven is the home of sport in Australia and Bathurst kicks off a huge season of sport, with the electrifying WBBL season opener kicking off on Thursday, before another season of BBL action and the highly anticipated Summer of Cricket landing in November,” he said.

Did Seven not bother to revise the audience numbers for Bathurst 1000 podium, since it aired on 7TWO in Sydney and Melbourne?

Did Seven not bother to revise the audience numbers for Bathurst 1000 podium, since it aired on 7TWO in Sydney and Melbourne?

Looks like it. Typical Commercial Telwvision. Over hyping media releases, then not mention anyting a week later when the ratings timeshifting results are in.

Seven will show six Supercars events in 2023, including the season opener at Newcastle, Bathurst 1000 and the season ending Adelaide 500, as the new Gen3 era (Camaro v Mustang) begins. The six events will also be streamed live on 7plus.

The Melbourne 400 will be shown live on Fox Sports and 10 as part of their Australian Grand Prix coverage, with late highlights on Seven.