Seven showed Rugby Union in the past

In 1981 Sydney Rugby Union signed a deal with ATN-7 for an eight week trial of a 48 minute replay program (1 hour with ads) at 9:30pm on Friday nights of a game that was played at 7:30pm. But the commercial television deal was a spectacular ratings flop and after the trial it was moved to after 10:30pm on Saturday night. In 1982 the games were back live on Saturday afternoon on ABN-2.

Gees the last time that Seven as in ATN-7 did production and transmission of ARU match (Wallabies match, not World Cup based or in Rugby) would have to go back to 1994 Bledisloe Test match at the SFS or was that 1995 as it on the same day that the players went to one of Packer’s friends house out in the Eastern Suburbs (Point Piper or Valcluse take your pick) and were given contracts to join WRC (World Rugby Corp, which I think most did sign together with the NZ players), the Wallabies Captain at the time I think was George Gregan and he gave a speech at the end of the match and said he did not know if this was the last time you would see this group together under this organisation … Re: the ARU

This was also at the same time that Seven which was under the name “Australian Television Network” was under Telstra/News Limited control (well the ATN which was ATN (Sydney) HSV (Melbourne) and BTQ (Brisbane). Right after this both News and Telstra got out of ATN and Kerry Stokes took control of it and brought it along with 7 Perth and 7 Adelaide (which Thier call names escape me right now) to form what is today the “national 7 network” all under one banner.

So yeah that was right before pay TV war was launched either late 94’ or early 95’ right before the Rugby World Cup of that year.

It was at that point that Ten Network got the rights to Wallabies internationals and test matches which were sold to them first as it was on the anti-siphoning list as the ARU sold their allocated rights to News Limited and Ten while Optus Vision (via Sports Vision) got the rights to the Sydney Club Rugby comp, in fact I recall that there was a court case over the WRC, ARU and NSWRU rights which was similar to the Super League / ARL issue.

Or have I got that wrong in a few areas? I am going purely off memory and not done any reading up on this era just off what I recall.

There was a extended news report done I think 4 Corners (ABC) about WRC and how all that went down in that period it was in YouTube but no longer can be found.

To further add to that history the South African players rejected the WRC contracts as that countries Union group kicked off the deal with News Corp to form “Super Rugby’ comp re” Super 10.

News Corp had the SAU, ARU and NZRU but not the elite player contracts as Packer’s backed WRC had the ARU and NZ players but would.not commit until it could get the SARU elite players.

Anyway that was a long time ago now (wow 25/6 years ago depending on how far back you go to when Seven Network last did a non world cup game).

Unless I have mistaken another period where Seven Network had such rights which I do not recall as basically News Limited/Corp have done the vast majority ARU based contacts and Ten has been the FTA home of Wallabies (in Australia) test matches (with Seven doing the 2003 world cup which all.theu did was be the host FTA broadcaster).

I also seem to recall Nine doing some games but those were not in Australia.

News Limited and Rupert Murdoch never owned ATN-7 Sydney. Telecom/Telstra was fully government owned until 1997 so they could not have owned a commercial television station.

For some reason I recall Telecom Asutralia being a minor share holder of Seven in the early to mid 90’s as was News Limited, both left and then formed Foxtel …

529AveDv
R U sure? I again recall Ten having Rugby Union rights from around 1996 …

I remember Bill Woods was the host of those matches.

Don’t know what (if anything) Pay TV had in the way of coverage, but on FTA it’s to my understanding that the 1999 Rugby World Cup aired on Seven.

like I said I seem to recall there as a period in 1993/4 where (then Telecom Australia which was being transformed into Telstra Corporation) Telstra and News were minor shareholdrs in Seven , this was at the period where Seven (actually the Australian Television Network prior to Kerry Stokes bringing in 7 Perth) was in receivership, or am I in a different time line / mirror universe?

I think the reason why Telstra and News got out was due to starting their Foxtel agreement and that is how Kerry Stokes got control of ATN (not to be confused with ATN-7) and finally combined it with ATN to form the 7 National Network and brought 7 Adelaide along with it.

In fact I do remember that in 1994 that Kerry Stokes was pissed that Seven (re: ATN) has sold the AFL pay TV rights to Sports Vision (which is how Optus Vision were able to start the 1st pay TV channel of “SportsAFL” as he wanted to sell the rights to Foxtel from the start.

Don’t know what (if anything) Pay TV had in the way of coverage, but on FTA it’s to my understanding that the 1999 Rugby World Cup aired on Seven.

lol I do not remember that at all.That said I do remember that it went from Seven to Ten because Bill Woods was doing the hosting of the matches.

Which network did the 95’ rugby world cup?

I recall it being Ten Network as they had taken over Rugby Union rights from Seven.

Which network did the 95’ rugby world cup?

that whole era was fascinating in terms of what the heck really happened.

As you had Optus Vision with its Kerry Packer + CCV + ESPN backing (then Seven under Kerry Stokes control basically joining with them) + the unholy evil News Limited / Telstra alliance with Ten being basically the unwated red haired step child.

Super League, World Rugby Corp, the precursor to Supercars, the ARL all fighting for the pay TV $$$ and right at the heart of the issue was Telstra shit scared of loosing landline market share to Optus as Optus in the national long distance ballot won 18% market share and was digital (GSM) mobile wars where Telstra as the incumbent lost analogue customers to Optus while also having to fight them for (then new) GSM digital sales where Optus actually by the end of 1995 had 1 million + subs to Telstra 800,000 (in temrs of GSM) while 3rd player Vodafone were only selling air time to 3rd parties like DigitalCall.

News may well have been a minor shareholder in Seven Sydney at some point, but they certainly have never had any ownership control of Seven Sydney. News did own Seven Melbourne.

ATN (not to be confused with ATN-7 re: 7 Sydney) HQ was in Melbourne, ATN was formed when Christopher Skase (yep the same very one who fled to Spain) combined HSV and ATN to form the Australian Television Network in late 88’ or early 89’.

Quintex Corp had bought both stations from Fairfax after Fairfax could not make HSV-7 work with ATN-7 programming from Sydney (there is a60 minutes video on youtube about it - https://www.youtube.com/watch?v=BuhE4V-_9fg - of course any chance for Packer to kick 7 in the balls was always the right time to do it

Cut a long story short ATN went into receivership and somehow (again without doing major research) Telstra and News were minor shareholders in it.

That one I recall as it was AU/NZ hosting with the final played at Stadium Australia where Australia lost.

He did, from memory Ten showed almost every game live, at least into Melbourne. I was ill at the time and watched an awful lot of Rugby. Fordham was the lead commentator, recently retired Nick Farr-Jones was also involved. Gordon Bray had been with Ten but had already scampered to Seven ahead of them gaining rights.

Nine sold the Rugby rights to Ten in 2012 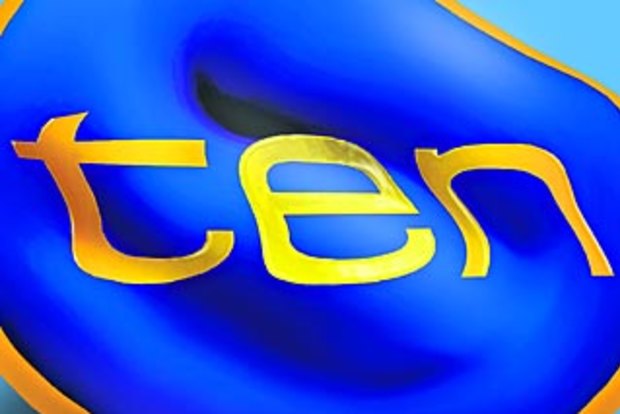 Ten signs on as rugby broadcaster

Channel Ten will be the free-to-air broadcaster of Wallaby Tests until the end of 2015.

I recall it being Ten Network as they had taken over Rugby Union rights from Seven.

That one I recall as it was AU/NZ hosting

NZ was stripped of hosting rights 18 months before the tournament.