I thought I’d create this thread for topics which don’t really warrant their own thread.

Here’s a fascinating snapshot from the first satellite transmission from Australia to the UK. This was taken from the satellite ground station in the UK. The picture on the right is a monitor showing the raw satellite feed using the Australian 625 line system. The picture on the left has been converted to 405 lines for transmission in the UK and you can see quite a difference in picture quality.

405 lines was an interesting technology. The audio carriers were in AM audio and it used much less bandwidth than 625 and 525 line TV. In the UK, 405 line TV was supposed to be switched off sometime in the mid 1970s but colour TV uptake had been slow over there. The last of the 405 line signals were switched off in January 1985 in London.

I found this on one of the bulk lot of cassettes I picked up - a Supertext Subtitles community service announcement.

I really like the music used in this ident. Anyone know if it’s derived from an actual song?

I really like the music used in this ident. Anyone know if it’s derived from an actual song

Yeah, it probably would’ve been better if the “scribbled logo” morphed into the glassy ABC logo which remained in-use for other elements of the On-Air Presentation package.

Random / obscure TV news item from what I guess was from ABC.

When ATV0 changed to 10 in 1980, Seymour viewers lost reception of the channel and made a submission to the Minister for a local translator for ATV10, commenting that it was to restore a channel that they’d previously had access to. Never mind that their reception of Channel 0 was purely fortuitous and Seymour was well outside the Melbourne licence area. As the reporter says, Seymour also received local television from Bendigo and Shepparton. I’m guessing said translator station never eventuated.

Speaking of random history, i found this 1990s ad for Sunraysia Prune Juice.
Courtesy of Emma Harder.
Those who watched Ernie and Denise might recognise the music.

In Canada, that was used as the theme music for a syndied travel show…

Probably a piece of production music from a library.

Speaking of random history, i found this 1990s ad for Sunraysia Prune Juice.

Well, I can add to the randomness - the company that made Sunraysia Prune Juice is linked to former owner of a Capital City station. Anyone (@TelevisionAU doesnt count) know which one and how?

STW 9, The Pressers bought it off Bond and swapped STV 8 so he could get around the reach rules at the time.

A Digital TV promotion from early November 1999. This appears to have aired on all commercial TV networks. I’m a bit confused as to why they needed to promote so far out from the launch in January 2001. 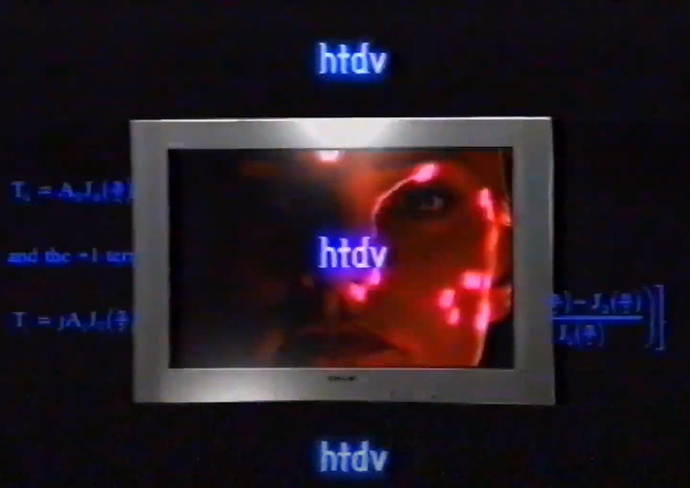 Anyone got vision or at least a brief synopsis of NBN’s “Today Extra”? I think towards the end of its run (as far as my MS brain lets me go back, it was airing Monday, Wednesday and Fridays only and was hosted by Nat Jeffrey.

Some Seven News content after the relaunch in August 2004.

Love this era of Seven News! Interesting to see that the headline supers were slightly different intially.

This is a super Youtube channel. High quality transfers of regional QLD and NSW TV from the early 1980s to 1990s.