And here’s a club remix of Weakest Link that I found ages ago. It’s been on YouTube since May 2011. 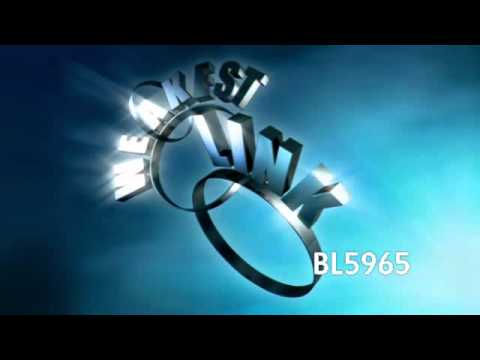 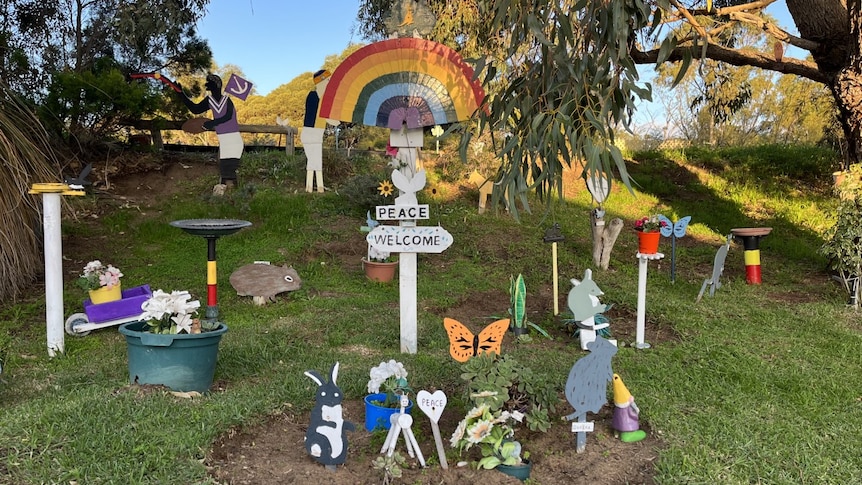 The story behind a magical 'fairy garden' that brings a smile to Perth locals...

Mikki Cusack finds an unexpected connection with some elderly neighbours after knocking on their door to ask about the wooden fairy garden they've created on the verge.

I feel like I should be appearing in Hughesy We Have A Problem.

I have just paid my car registration by credit card with a 0.54% card levy. The worst are the small Asian retailers. One of the restaurants even offers a discount if you pay by cash. The cynic part of me thinks that some businesses are doing this to evade tax.

And we constantly have banks shutting down branches, closing ATMs, retrenching staff, paying huge bonuses and the list goes on and on.

I guess I can pay by EFTPOS or BPAY but some of us park our cash in certain types of savings account that discourage withdrawals.

OK…enough ranting. I hope everyone has a nice day

One of the restaurants even offers a discount if you pay by cash. The cynic part of me thinks that some businesses are doing this to evade tax.

I think this is true. I go to a cafe that recently put on a surcharge on tap and go. So sometimes I use cash when I have it. I noticed when the owner takes my money, he doesn’t ring it through the cash register. He just pops the money in it.

I think the credit card surcharge is a rort. It’s ridiculous that businesses can charge whatever they like as a surcharge. It’s worse when you can’t make a purchase from a business with cash or direct debit but they slug you with a surcharge.

There needs to be a government crackdown on this. It’s in their interest to not allow businesses to charge extra for credit card transactions.

It’s ridiculous that businesses can charge whatever they like as a surcharge.

A new ban stops businesses from charging payment surcharges on credit, debit and prepaid card payments that are excessive. The ACCC will investigate consumer complaints and take enforcement action where necessary.

It’s not a thing in the UK, it’s strange it’s allowed at all.

I feel like I should be appearing in Hughesy We Have A Problem.

I haven’t noticed credit card surcharges in the US either. Presumably small business owners in Oz justify surcharges with some vague excuse about “penalty rates”, but I don’t know how large organisations get away with it. Seems to be a uniquely Australian thing.

Just finished watching Brothers and Sisters on Disney+ finally after starting 9-10 months ago! Lost interest at the start of the year with season 5, There was some weird storylines. Then picked it up again over the weekend and finished it. Now starting it all over again! This scene really hits me makes me cry. 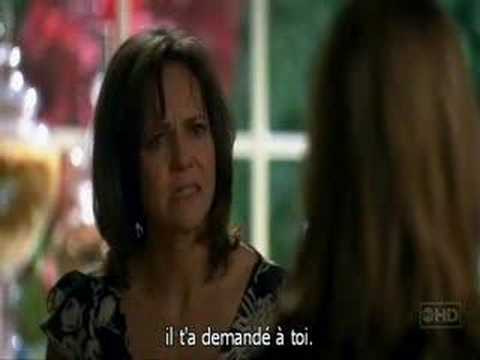 Well this IS the random thread, so here goes.

Re Keno draws in pubs/clubs.

They claim it’s drawn every three minutes.
So last night I timed it.
It’s actually more like 2 mins 38 seconds.

I’ve noticed that also. I sometimes buy a 50 game ticket to go and check it at home. I figure it will play out in 2.5 hours given there should be ten draws every 30 minutes but it will always finish about six or seven minutes before that 2.5 hours is up. I got close to cracking the big jackpot a few years back and won $10,000. One number off. Second time in my life I’ve been a whisker away from a big Keno/Lottery prize.

I haven’t heard of a flat fee before. I only used to see the surcharge at restaurants and thought it was a bit rude when your group had just spent 2 or 3 hundred dollars and then you copped a 1-2% surcharge on top of that for paying with a credit card. It saves them from handling cash and banking it, so you’d think they could absorb any banking costs by making it part of the price of the meal and drinks.

I guess it’s probably the same in Australia but over the last month there’s been an increase of NZ businesses charging for using contactless as well.

There’s a sign at the register and then on the display of the machine (depending on the model), which then displays the new price (ie. 2.00 and a 0.02 contactless fee = 2.02) I think there was some legislation here to cap the fees and maybe as part of that they are having to ‘collect’ the fee differently.

There’s been an absolute explosion of surcharges being applied in Australia in the last few months. Most of the cafes I frequent hadn’t been applying it but now all of them do.

Comes at a time when a lot of the bank branded ATMs are disappearing from my area, also. Ends up cheaper to pay the surcharge rather than access cash through one of those “convenience” ATMs that charge $2.50-$3 per transaction.

CBA and ANZ’s external (freestanding - non branch) ATM network is now almost entirely swallowed up by Armaguard (ATMx), Westpac and NAB have pulled out most of their non-branch ATMs over the pandemic. We’re probably a year away from bank ATMs only located at branches.

I think there was some legislation here to cap the fees and maybe as part of that they are having to ‘collect’ the fee differently.

A Bill to help lower the fees charged when credit and debit transactions are made, will save New Zealand businesses around $74 million a year.

I’m with the Bank of Qld and it seems if I use a Westpac or ANZ atm I don’t get charged anything.

My Macquarie account automatically refunds any ATM fee’s as soon as they charge.

A study released by researchers from England's University of Bath has breathed new life into the possible existence of the Loch Ness Monster.