I agree entirely, but as it’s been said, there’s no room on the FM dial for another high-power station in Brisbane/SEQ. Unless that is tidied up and fixed, we won’t see another one here anytime soon Commercial radio must be exempt from coronavirus lockdown: CRA CEO

The head of the industry body for commercial radio has called for radio staff to be exempt from a nationwide or state lockdown during the coronavirus (COVID-19) pandemic.Radio broadcast operations and broadcast staff should be considered essential...

That’s another reason I say CRA are irrelevant & should be disbanded, to representing the commercial broadcasters they are supposed to, they only beat their own drum about how good they are, when really they’re not.

TV went to the Federal Comms Minister 2 maybe 3 weeks ago before any body started to be shut down, & were granted exemption from lockdowns, most only have key staff working at the studios, & the studios themselves are locked down, but those key staff will be able to travel where & when they need to.

Commercial radio was probably included in this anyway, as all media are essential service outlets to be able to get the information needed out to the masses, but CRA had to make a media release about it, when everyone else is just getting on with the job at hand.

Things like this are really only CRA trying to justify & save their own jobs, not helping anyone else.

Wow this is really unfair to Brisbane!

The 3rd biggest city in the country stuck with only 4 commercial FM stations. Brisbane is almost twice the size of Adel

Agree and some of the worst wide area digital coverage due to co channel limitations in 2009 that no longer exist.

None of the radiation pattern is close to the originally planned 50kW ERP, max is 26kW in a small sector in theory, so lower practically.

We need those DRM chipsets available in Australia and seamlessly move from analogue bands to DAB+ and DRM, technology agnostic.

I was thinking these days in radio what are guidelines for family friendly songs? I just heard sexual healing from Marvin Gaye, on a recording from the awesome 80s, I “taped”. . I know this passes the test as just about all stations play it. If we go back to the 60s/70s I am sure it was stricter and more regulated.

Are the rules less monitored these days?

@matt86 when doing the awesome 80s show, does someone check your playlist to make sure it is family friendly?

CRA have told stations that metro surveys 3, 4 and 5 will be put on hold due to the coronavirus pandemic.

I had to listen to 97.3 FM all day today as I was working in a different area👎First time I’ve heard the breakfast show since Robin and Terry have returned to the station .
Shame about the music though😕still annoying and repetitive

@matt86 when doing the awesome 80s show, does someone check your playlist to make sure it is family friendly?

Short answer no. But anything grossly inappropriate wouldn’t be in the system to begin with anyway.

Short answer no. But anything grossly inappropriate wouldn’t be in the system to begin with anyway. 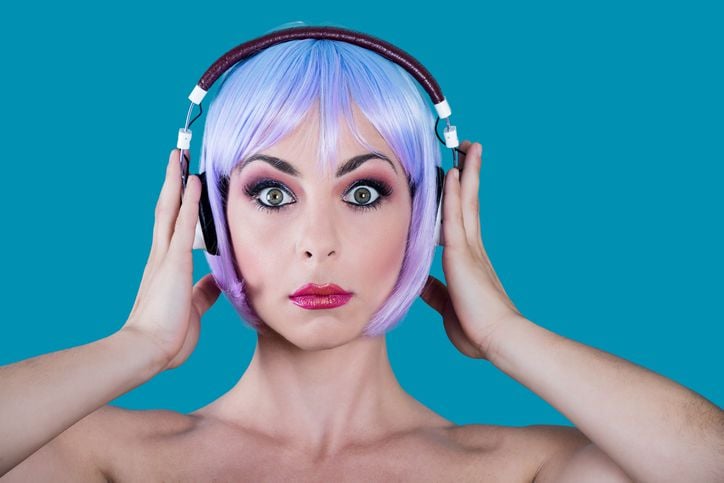 24 songs you won't believe were banned from the radio - mediafeed

Musician Frank Zappa once asked, “If lyrics make people do things, how come we don’t love each other?” He and other musicians spoke out against censorship …

There have been some fairly “normal songs” which have been banned. The late Stuart Cranney might of done a classic nine at nine on this. I have vague memories he did.

wouldn’t be in the system to begin with anyway

Maybe the censorship happens “on the music server” for radio to play. Is the software you use the same as what is used with commercial radio?

Can people in radio bring their own CDs or records into a radio studio these days?

I seem to remember @matt86 showing the SPL playlist for Awesome 80s a little while back. If so, then all the music to be played on Awesome 80s would be mp3s in a folder on their NAS or Studio computer and just randomly selected from.

@Laoma Yes SWR uses Station Playlist Studio for playout and Creator Pro for scheduling. Most new top 40 music is distributed to radio, inc. SWR by Play MPE who will provide a radio edit. In terms of censorship and what is and isn’t appropriate to play, that’s a decision for each individual station subject to the relevant Codes and BSA.
Yes, the access shows are able to bring their own CDs or laptops but generally these days they all pretty much upload their content to their personal folder on the server and use station playlist to play it out.

@NDY yes the music is stored on a server which is essentially a NAS box. The music files are mostly 320k mp3, (there are still some legacy 192k that are slowly being resourced) and are assorted by decade. The stuff actually on rotation is further broken up into categories, e.g. Top 40, 90s Rock etc etc. The playout machines themselves do store a small number of local back up tracks in the event there is a network or server error.

Sailing by Christopher Cross only made 46 in the Australian charts (according to the Kent Music Report). It was number one in the US Billboard chart in 1980. It is/was a radio favourite. Maybe don’t hear it as much these days.

A very similar setup here at 3mFM - StationPlaylist the backbone of what goes out to air with all our audio stored on a NAS. Music is sperated into decade, then male/female/group, then Australian/International. Our playout machines have hard drives in them large enough to contain mirrors of our NAS in case of a network problem.

I’m quite surprised SWR uses SPL Studio, it sounds way too polished for what Studio normally puts out. I’m also interested in how you guys got the now playing data working so well - It seems like Studio is forever putting out stupid garbage items like 10 second CSAs (which it shouldn’t be) and also creates and/or deletes random spaces in the data it puts out constantly. Even StationPlaylist themselves have no idea how to get decent output.

I wonder if 2CH uses that program as their ‘Now Playing’ data on Onlineradiobox is pretty strange. It mixes up advertisements with song titles, so you’ll often get something like:

Nope - the voice tracks for 2CH in online radio box actually state they were produced with Zetta - a program which most commercials use from RCS.

I’m quite surprised SWR uses SPL Studio, it sounds way too polished for what Studio normally puts out. I’m also interested in how you guys got the now playing data working so well - It seems like Studio is forever putting out stupid garbage items like 10 second CSAs (which it shouldn’t be) and also creates and/or deletes random spaces in the data it puts out constantly. Even StationPlaylist themselves have no idea how to get decent output.

they certainly use SPL to its potential. For what SWR does Zetta would probably be more appropriate these days but there is a significant price difference and SPL is essentially good value for money.

@Alex_Agaciak set up the meta data output which is sent to the stream and RDS encoder (I’ll tell him to check Media Spy!). Make sure in SPL that the event types are set correctly - IE music files set as “category”, Sponsors set as “traffic” etc and that its set to only export music event data. Happy to continue that discussion over PM if you want more info to avoid going off topic here.

2CH moved over to Zetta last year sometime I think. As far as I’m aware, in Sydney anyway SCA, Nova Ent and Nine are on Zetta and ARN are still using NextGen?

Yep, none of the ARN markets are on Zetta to my knowledge

@NDY yeah it’s all about making sure you have your files categorised and set correctly. Happy to help with getting it set up over DM if you like.

I’ve dived through the IP Australia website before and stumbled upon some plenty of now-defunct trademarks, from radio shows that are no longer with us (RIP The Big Kahuna) to brands that never got off the ground. So, in keeping with the spirit of the thread, perhaps a look at what could have been:

That challenger to MIX is certainly interesting. Looks as though it would have been a copy of 97.3 here in Brisbane.