Ok, apologies, maybe I have missed your point. However I can’t find where Paramount+ advertised this. The only place I’ve seen that these shows would be on Paramount week was on TV Tonight.

david from tv tonight posted about it in october

They also had them advertised earlier this week on their banner on the P+ home page. 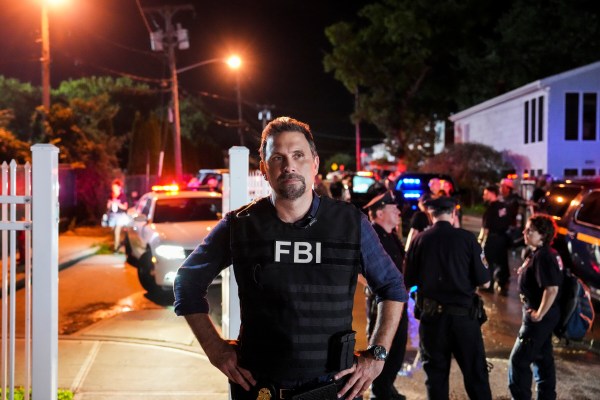 FBI’s planned Season 4 finale titled “Prodigal Son,” which was pulled following the tragic school shooting in Uvalde, Texas has been rescheduled for October 4. The episode involve…

I was watching Beavis and Butthead the new episodes via Amazon channels .

They only have up to Episode 10 wtf ?

The new episodes from September this year are not showing for some reason Episodes 10-18 .

Also it is odd that in the new series they are watching Youtube reaction videos and Tik Tok videos with no music in them. I guess this saves them money not having to pay artists for music.

Ok edited … they are up to date it seems they count an episode as 2 episode .

Lots of discounts and offers currently, just got an offer for 50% off for 3 months to resubscribe.

Lol just checked my email I got the same one !

Though that is US time as the next billing date is the 25th not the 26 th of October.

I wonder how they’re doing with subscriber numbers…

The code that comes up is save503msep

Introducing The All-New Music Video - Coming Out Of The Dark – From Monster High: The Movie. 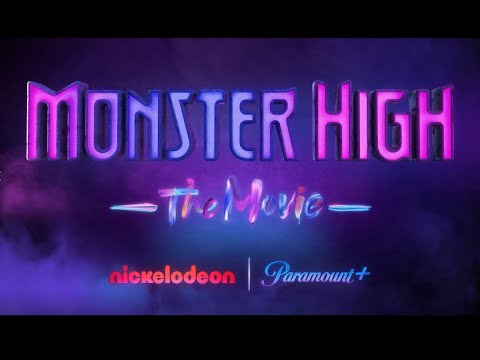 Monster High: The Movie Premieres Saturday, 8 October On Nickelodeon And Streaming From Sunday, 9 October On Paramount+.

Mattel, Inc. (NASDAQ: MAT), Nickelodeon and Paramount+ have revealed the all-new music video – Coming Out of the Dark – from the upcoming live-action movie musical, Monster High: The Movie, which will premiere in Australia and New Zealand on Saturday, 8 October on Nickelodeon, and will be available to stream on Paramount+ Australia from Sunday, 9 October. The video features Clawdeen Wolf arriving at Monster High, alongside all of the other students.

Monster High: The Movie , which is based on the iconic Mattel franchise about the children of famous monsters and creatures, follows Clawdeen Wolf (Miia Harris, Just Beyond), who was born half human and half werewolf, after she arrives at her new school, Monster High. She quickly makes friends with her classmates Frankie Stein (Ceci Balagot, Dispatches from Elsewhere) and Draculaura (Nayah Damasen, Grey’s Anatomy), and for the first time in her life, Clawdeen feels like she has finally found a place where she fits in and can truly be herself, despite keeping her human half a secret. When a devious plan to destroy Monster High threatens to reveal her real identity, Clawdeen must learn to embrace her true monster heart and find a way to save the day.

Monster High: The Movie also stars: Case Walker (The Other Two) as Deuce Gorgon; Kyle Selig (Mean Girls on Broadway) as Mr. Komos; Marci T. House (Day of the Dead) as Headmistress Bloodgood; Scotch Ellis Loring (Firehouse Dog) as Clawdeen’s dad, Apollo; Steve Valentine (Mom) as Draculaura’s dad, Dracula; Jy Prishkulnik (Just Beyond) as Cleo de Nile; Lina Lecompte (Death Pursuit) as Lagoona; Justin Derickson (When the Streetlights Go On) as Heath Burns; Lilah Fitzgerald (Honey Girls) as Ghoulia; and Nasiv Sall (Descendants 2) as Abbey Bominable. Additional fan-favourite characters from the Monster High universe will also be seen throughout the movie. The franchise seeks to foster a more accepting world where everyone is proud to be their authentic self, which is more relevant than ever. Today, Monster High is back with a reimagined set of fang-tastic characters, inspired by the original ghouls, for a new generation that embraces what makes them unique and rallies people everywhere to express themselves.

Monster High: The Movie is directed and executive produced by Todd Holland (The Real O’Neals, Malcolm in the Middle, Firehouse Dog). The story is by Jenny Jaffe (Big Hero 6: The Series, Rugrats), Greg Erb, and Jason Oremland (Princess and the Frog, Playmobil: The Movie), and the teleplay is by Jaffe and Billy & Matt Eddy (Zapped, Teen Beach Movie). Adam Bonnett (Descendants franchise, Masters of the Universe: Revelation) serves as executive producer. Frederic Soulie, Senior Vice President & General Manager of Mattel Television and Phil Breman, Vice President of Live Action Development, oversee the movie for Mattel and serve as executive producers. Production on Monster High: The Movie for Nickelodeon is overseen by Zack Olin and Shauna Phelan, Co-Heads of Nickelodeon & Awesomeness Live-Action, along with executives Lee Rosenthal, Linda Halder and Jules Kovisars.

I wonder how they’re doing with subscriber numbers…

The code that comes up is save503msep

Probably not well. CBS/Paramount have implemented numerous cost cutting measures on their reality tv shows recently and considering Ten is constantly underperforming they are probably loosing a pretty penny.

They massively over-estimated the appeal of soccer and A league. Not to mention their tired US procedurals are expensive and not bringing in any new eyeballs whilst they have no new buzz worthy titles or any critical acclaim.

Their tentpole franchise Star Trek and its offshoots are either derivative or derided with not much in the way of praise.

They also have increased streaming competition, but even the competition is struggling. Peacock in the US is stalling whilst wracking up huge debts and are hoping that insipid Days of Our Lives will generate subscribers. Red Alert.

Any company that offers that sort of discount isn’t doing it to be generous and giving. The economic forecast is looking gloomy and the desperation is starting to set in.

Their tentpole franchise Star Trek and its offshoots are either derivative or derided with not much in the way of praise.

In your opinion, shared by a vocal minority.

Star Trek and its offshoots

Discovery, Picard and Strange New Worlds have been outstanding in my opinion.

The Offer, Yellowjackets and 1883 have been standouts. P+ is doing very well internationally for a newly launched service.

In your opinion, shared by a vocal minority.

My opinion, no the empirical evidence gathered from various sites and forums. I’d say when the negative reviews start to outweigh or at least reach parity to the positive reviews they can no longer be labelled the vocal minority.

Obviously and I never claimed as such.

Discovery, Picard and Strange New Worlds have been outstanding in my opinion.

The Offer, Yellowjackets and 1883 have been standouts. P+ is doing very well internationally for a newly launched service.

I’m really glad you liked them, others, have often felt differently.

Discovery as been panned for a long time. Weak male characters, disjointed story telling, inconsistent characterisation, ridiculously melodramatic and unrealistic scenarios, revolving everything around Burnham, disappointing payoffs and lazy writing etc. It’s a lot to digest out there.

Picard started with a lot of good will but season 2 seemed to squander most of it according to many hacked off fans.

Strange New Worlds is yet another prequel using yet another reimagined version of the Original Series characters from the 60s. If you ever need a prime example of Hollywood running out of fresh ideas and regurgitated the same reheated ones this series is the poster child.

Again I’m just reiterating the plethora of negative opinions out there.

You may love The Offer, Yellowjackets & 1883 but I haven’t seen them make many buzz worthy lists or have huge word of mouth vibes. It’s also troubling that 1883 has ended and The Offer was only a limited series. Not to mention The Offer cost 6 million dollars worth in shutdowns thanks to Covid.

Actually I’d say the subscribers are pretty anemic considering how aggressive Paramount+ has been launching into new countries and territories. The numbers look even worse when you look at Paramount Global’s subscriber base this year.

Paramount Global even exceeded expectations of streaming losses, coming in at 1.8B this year alone. If that’s a success story I’d hate to see a failure.

Definitely had a fair bit of buzz around it.

How long until they expect to break even? (let alone pay back those losses)

My opinion, no the empirical evidence gathered from various sites and forums. I’d say when the negative reviews start to outweigh or at least reach parity to the positive reviews they can no longer be labelled the vocal minority.

Funnily enough only negative reviews aren’t a metric used by companies to determine the success or failure of a series.

There clearly is enough demand to warrant 4 productions continuing and development on at least one more… but haters gunna hate because it’s not 90’s Trek still.

Strangely got an AppleTV notification at 5pm this afternoon that Season 20 of NCIS was available on P+, but it isn’t there. The How To Watch listing only says up to S19 on P+ App and the AppleTV Channel.

Along with others such as Ghosts and CSI: Vegas.