The Glowing Beacon Of The Bridge Beckons.

Update your watch list as Friday, 19 August delivers your next streaming obsession in the form of global reality phenomenon, The Bridge Australia.

Narrated by renowned Australian actor Hugo Weaving, the haunting red beacon beckons in the distance as 12 strangers meet at a cabin deep in Tasmania’s untamed wilderness. Sure, it might sound like the beginnings of a scary movie, but it’s also the chance to win $250,000.

With nothing but their bare hands and basic tools, building a bridge together sounds easy right? Wrong.

If it’s one thing we know about strangers working to achieve a common goal with a cash prize ending, it’s to be careful who you trust.

In the epic first look, catch a glimpse of how the builders grapple with not only the best approach for the build, but also one last minor detail. Whoever is chosen to cross the bridge ultimately decides who keeps the cash. Will they share it with the group or keep it for themselves?

Three hundred and thirty metres. Seventeen days. One winner. Build it together. Cross it alone. 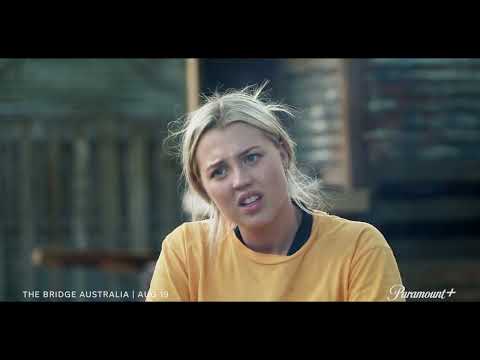 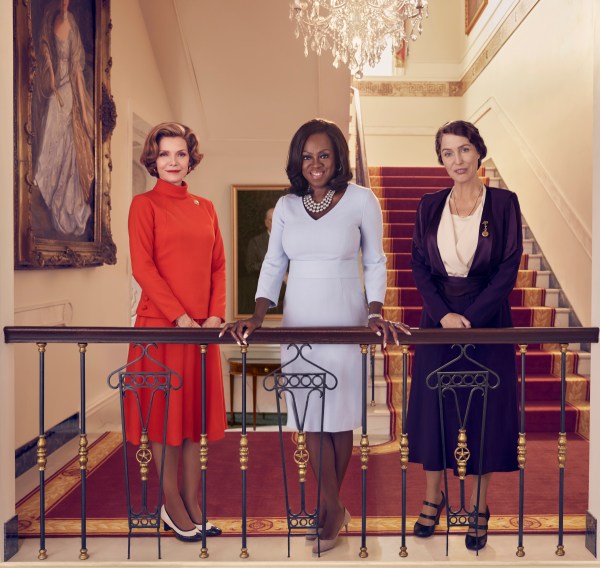 ‘The First Lady’ Canceled at Showtime After One Season

Showtime has elected against moving forward with a second season of its anthology series “The First Lady.” The decision comes a little over six weeks after the series aired its Season 1…

Paramount+ Announces Let The Right One In. 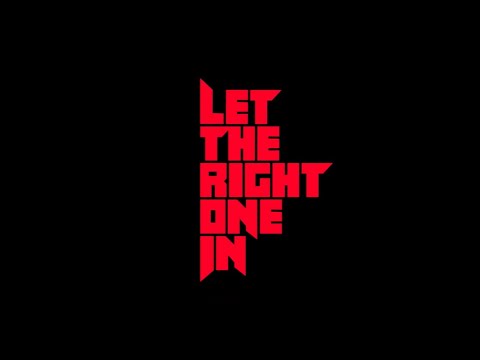 Let The Right One In. Streaming From Saturday, 8 October. Exclusive To Paramount+.

Paramount+ will debut its new exclusive thriller drama, Let The Right One In, for all Paramount+ Australia subscribers Saturday, 8 October.

Inspired by the original hit Swedish novel and film, the series centres on Mark (Bichir) and his daughter Eleanor (Baez), whose lives were changed 10 years earlier when she was turned into a vampire. Locked in at age 12, perhaps forever, Eleanor lives a closed-in life, able to go out only at night, while her father does his best to provide her with the human blood she needs to stay alive. With these emotionally charged and terrifying ingredients as a starting point, Let The Right One In will upend genre expectations, turning a naturalistic lens on human frailty, strength and compassion.

Let The Right One In is executive produced by award-winning playwright, writer and producer Andrew Hinderaker (Away, PENNY DREADFUL) who also serves as showrunner. Seith Mann (HOMELAND, #FreeRayshawn, Raising Dion) is also an executive producer and directed the pilot, as well as multiple episodes. Marty Adelstein and Becky Clements are executive producers for Tomorrow Studios (an ITV Studios partnership). Alissa Bachner is co-executive producing, and Bichir serves as a producer on the series. 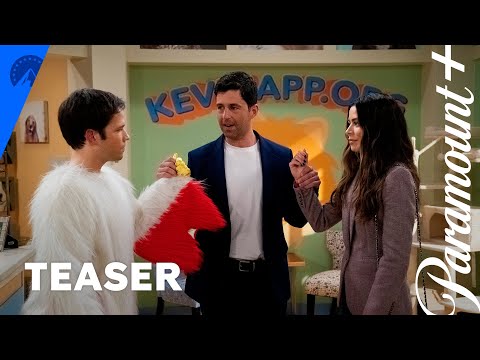 Season One And Two Now Streaming Exclusively On Paramount+.

Paramount+ has announced that its hit original series, iCarly, has been renewed for a third season. The 10-episode second season completed its run earlier this year and left fans with a major #Creddie cliffhanger. Season three will go into production later this year and is set to premiere in 2023 exclusively on Paramount+.

“iCarly’s loyal fan base grew up with Carly, Spencer and Freddie, and have now fallen in love with Harper and Millicent, too,” said Tanya Giles: Chief Programming Officer of Streaming for Paramount+.

“We’re thrilled to have Miranda, Jerry, Nathan, Laci and Jaidyn return for a third season and we know Paramount+’s growing YA audience is as well. And I, for one, must find out what happens with #Creddie!”

Seasons one and two of iCarly are available to stream exclusively on Paramount+, and in addition to catching up on new iCarly episodes, fans can also binge all seasons of the original sitcom on the streaming platform.

iCarly stars Miranda Cosgrove as Carly; Jerry Trainor as Spencer; Nathan Kress as Freddie; Laci Mosley as Harper and Jaidyn Triplett as Millicent. iCarly for Paramount+ is produced by Nickelodeon Studios and is executive produced by Ali Schouten-Seeks (Young & Hungry, Diary of a Future President) and Miranda Cosgrove, with Schouten serving as showrunner. Jerry Trainor, Nathan Kress and Alissa Vradenburg (The Simple Life) serve as producers.

Nickelodeon’s original iCarly series, which ran from 2007-2012, followed a group of best friends as they created a webcast for and about kids their age while grappling with everyday problems and adventures. During its initial run, iCarly became a pop culture staple and regularly broke viewership records among audiences of all ages. The original iCarly series was created by Dan Schneider. 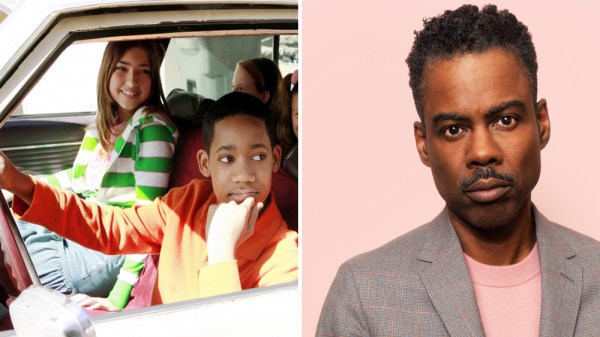 …Entertainment. It will be windowed globally across streamer Paramount+ and sibling linear network Comedy Central.

The Sunday Telegraph’s Annette Sharp has been given an exclusive access to the Western Sydney set of Last King of the Cross. The 90-day shoot is close to completion. 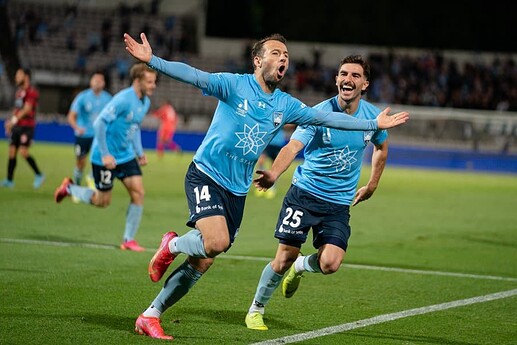 Following losses for both teams in the 2021 Grand Final to arch-rivals in Melbourne, the club is out for redemption in their last year in exile, before their move back home to their new state-of-the-art stadium. Will they return home as runners-up once again, or return as heroes?

Sky Blue: Inside Sydney FC is told through a cast of eclectic characters and those who matter most. From the players, coaches, backroom staff to the fans, this exclusive on and off the pitch access, is the first time a documentary series has followed both the men’s and the women’s teams over the course of a tumultuous season.

The four-part series will give viewers real-life sporting drama that delivers triumph and disaster, hope and despair, agony, and ecstasy – the perfect binge-worthy football documentary ahead of the return of the Isuzu UTE A-League and Liberty A-League seasons.

Does anyone else notice a strong lisp on the voice on the “This is Paramount Plus” ad ? Not a complaint just an observation no offence to anyone who has one.

men’s and women’s teams during the most transformational year in the club’s history – the club’s 2021/22 A-League campaigns.

When they didn’t win anything…

ANZ boss Beverley McGarvey on the future of Paramount+ and driving subscriber...

Paramount+ in Australia celebrates its first birthday today after rebranding from10 All Access, with Paramount+ ANZ executive vice president and chief content officer, Beverley McGarvey, sharing what’s next for the platform and its key strategies to... 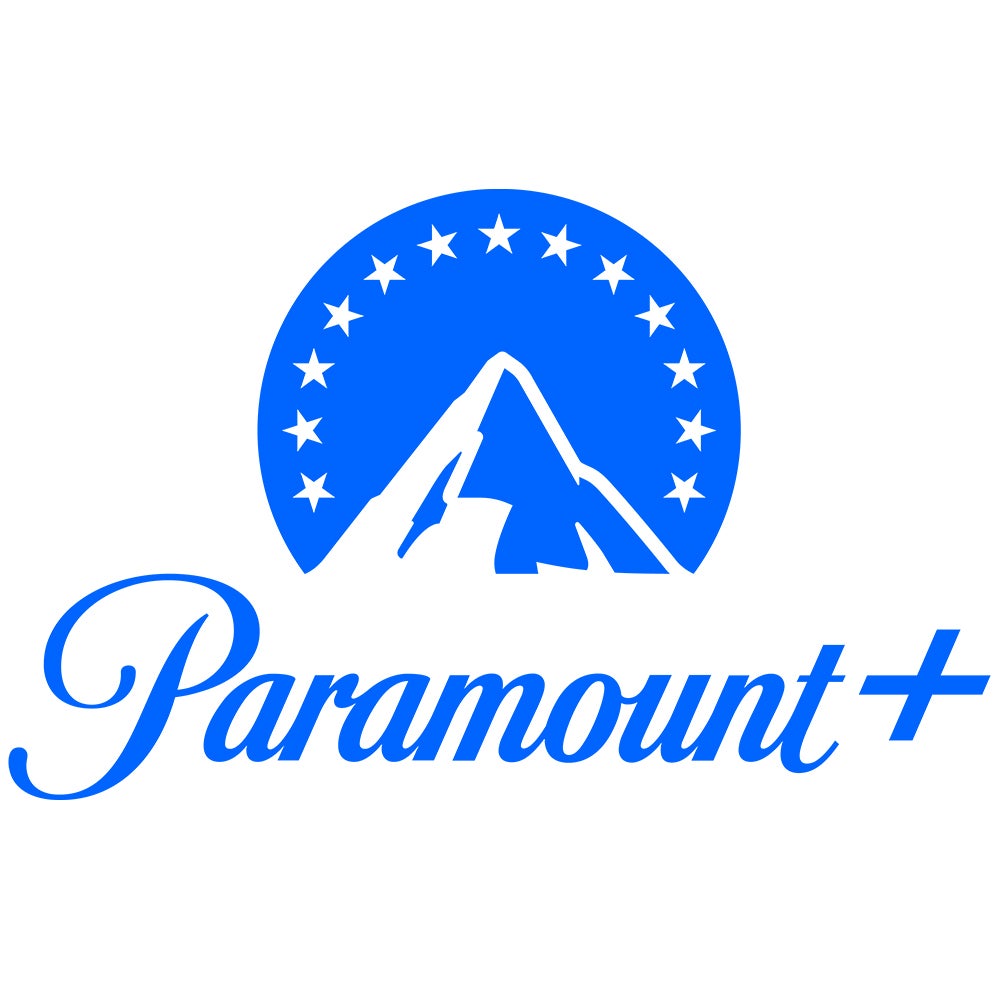 It’s official. The age of Australia’s premier streaming service Paramount+, will no longer be measured in days, weeks, or even months… because it’s a whole year old! Hip Hip Hooray! Since August 2021, Aussies have laughed, cried and fallen in...

Based on this press release, looks like Undressed is either premiering only on P+ on 6th October instead of previously announced 10 or it’ll get a run on both.

Also looks like Couples Therapy Australia has been renewed for a second series already.

Paramount+ Celebrates Its First Birthday Down Under.

It’s official. The age of Australia’s premier streaming service Paramount+, will no longer be measured in days, weeks, or even months… because it’s a whole year old! Hip Hip Hooray!

With 12 Australian commissions announced since launch, Paramount+ has broken a first-year record for any streaming service in Australia. Cue the confetti cannons!

Beverley McGarvey, Executive Vice President and Chief Content Officer, Paramount ANZ, said: “Last August, we launched one of the world’s most recognised and popular streaming services Down Under, and today, 12 months later, we continue to celebrate with an extraordinary breadth and depth of content from all genres.

“We are extremely proud of this service and our premium offering continues to grow with the addition of upcoming local originals The Bridge, Last King of The Cross, 6 Festivals, Undressed, as well as the international Emirates FA Cup, that will have everyone peaking with excitement.”

Who can resist our epic selection of home-grown entertainment? From Five Bedrooms, More Than This, Spreadsheet, The Secrets She Keeps and Couples Therapy Australia, to upcoming titles The Bridge Australia (19 August); 6 Festivals (25 August); Sky Blue: Inside Sydney FC (30 September); transformation series Undressed (6 October); Couples Therapy Australia (season two); The Last King of The Cross and another brand new season of Five Bedrooms in the works, Paramount+ has you covered as you curl up on the sofa with a piece of birthday cake and cuppa in hand.

As the home of football in Australia, it’s been a football frenzy over the past 12 months, with all matches of the Liberty A-League Women and Isuzu UTE A-League Men seasons, then most recently the Winter Festival of Football and also the FA Community Shield between English Premier League champions Manchester City and FA Cup winners Liverpool, streamed live.

The non-stop Football action continues on Paramount+ with fans able to catch every minute of the AFC Champions League Round of 16 this month, before our national teams, the CommBank Matildas and Socceroos, play friendlies on home soil and in New Zealand throughout September, then the Emirates FA Cup commencing in November.

Our littlest subscribers have enjoyed new and exclusive original content from the number one entertainment brand for kids, Nickelodeon, including: Kamp Koral: SpongeBob’s Under Years, PAW Patrol: The Movie, the iconic iCarly sitcom reboot, live-action The Fairly Odd Parents: Fairly Odder, all-new Rugrats and the new CG-animated kids series Star Trek: Prodigy, which is the first within the Star Trek Universe aimed at younger audience.

Still to come, the service will see the premiere of the new live-action movie musical, Monster High: The Movie, based on the iconic Monster High franchise; children’s book-turned-animated series Big Nate; a new Dora the Explorer CG-animated preschool series; and Transformers: Earth Spark.

Not only has Paramount+’s library of unmissable content increased exponentially over the year, so too has the number of ways subscribers can access the service.

Also no mention of profiles having been recently added to the platform, you’d think that would talk that up + other updates to come.

you’d think that would talk that up

No point talking up a feature most serious streaming services have had for years.

Look, I agree it’s not much to crow about but given it’s been lacking for the last year and is a common complaint from subscribers it’s still probably worth mentioning at least.

From their latest email: 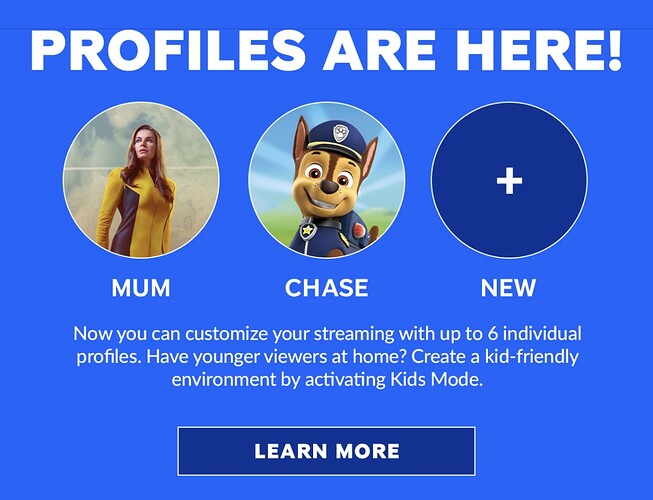 Also, nice bit of promotion for 6 Festivals during the news.

Review is in for The Bridge, and it’s good. Other than Hunted, this is the only other show which will be must see tv for me in the last few months.

The name of that show sounds like the European crime tv show . I might give this a go .

Not sure why this could not have aired on free to air ?