Also, in 2020 … Barrie’s back! After signing off from Insiders after 18 years, Barrie Cassidy returns to the hosting chair, this time for a special series of One Plus One focused on leadership on both ABC TV and ABC NEWS Channel. Later in the year Kurt Fearnley takes over the hosting chair to bring more in-depth conversations about excellence.

Viewers want an accurate, up-to-the-minute news service they know they can trust.

Barrie will be hosting eight programs on leadership this year. 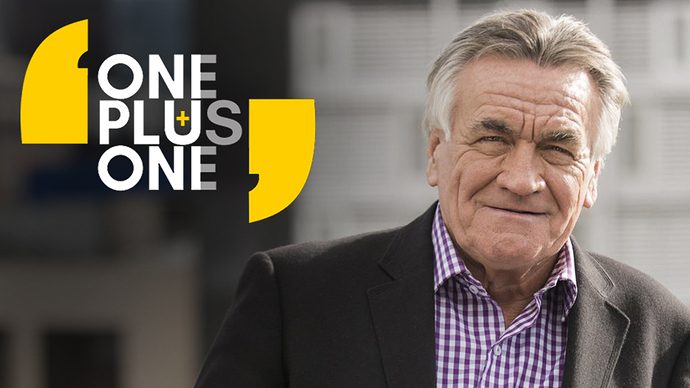 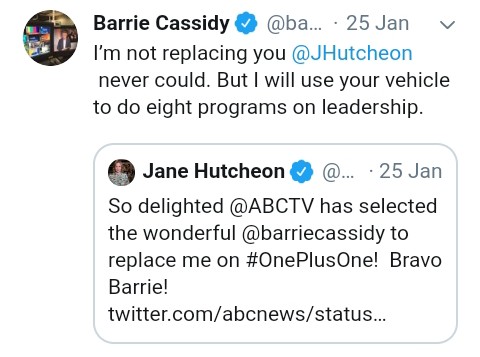 It will also move from ABC News channel to main channel. Airdate: Barry Cassidy’s One Plus One

Interview series returns with an 8-part look at leadership, hosted by Barrie Cassidy.

This new series with Barrie will air in a primetime slot which will be the first time this show has been in primetime.

Barrie Cassidy returns to ABC TV with the One Plus One: Leadership series

One Plus One: Leadership series starts Thursday 9 April, 9.20pm 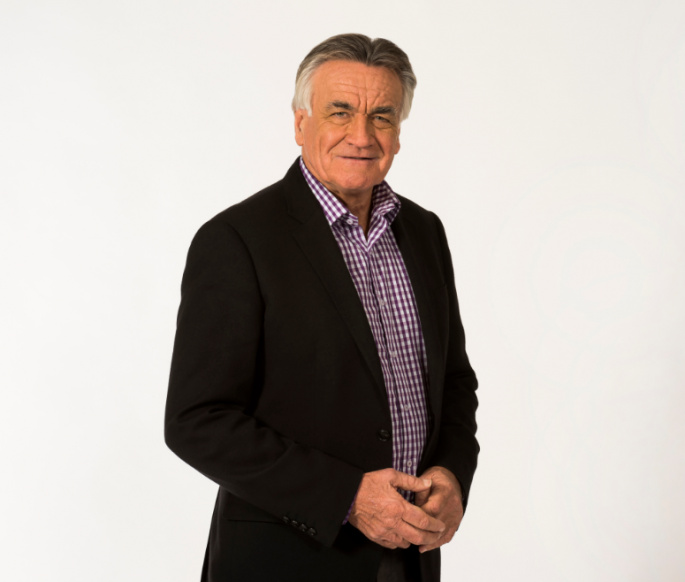 What does leadership look like in modern Australia? Which Australians inspire us? Who, through their judgement, can we trust?

Modern leadership can take on many forms, and the ABC NEWS interview series, One Plus One , is returning with a special 8-part series to explore the concept of leadership, hosted by Barrie Cassidy.

He’ll be bringing you revealing, thought provoking and intimate half hour conversations with people from all walks of life who have shown what it takes to be a leader.

The One Plus One: Leadership series will provide a chance for viewers to get a deeper understanding of the challenges, risks and difficult decisions that these remarkable Australians have taken.

Joining Barrie for this series will be:

Plus, more to be announced.

Joining Barrie for the first episode on Thursday 9 April will be Charlie Magnuson, Captain of the Bawley Point Rural Fire Brigade.

The local fire chiefsteered his team through the recent fire season – like so many throughout the country who went above and beyond during the crisis. Hear first-hand how he managed to handle the situation as things escalated, and what was required to keep him and his team safe.

Barrie Cassidy changes tack as host of One Plus One

In a new season of One Plus One, the respected journalist speaks to people who’ve shown true leadership. 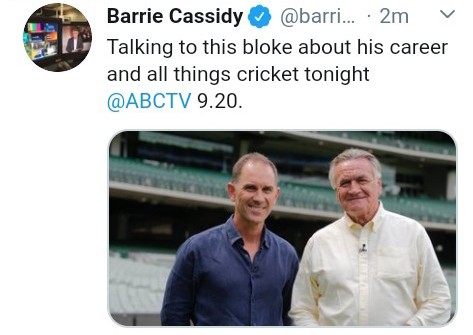 I think this must be the last for the series, because in an early article Barrie said they were only making eight episodes 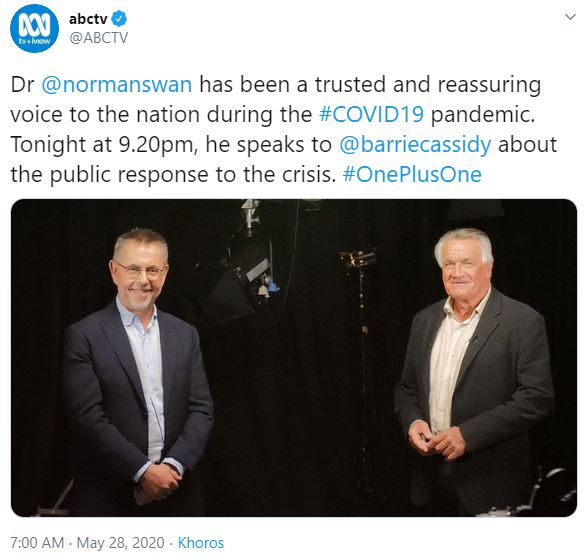 Kurt Fearnley’s One Plus One 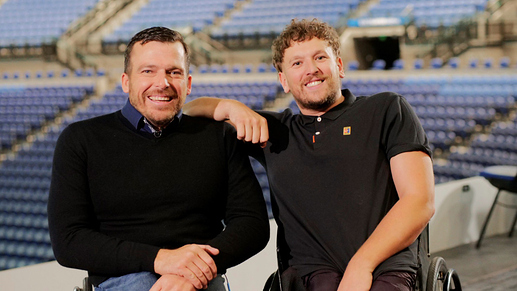 Episode 1 Dylan Alcott has done it all. The champion tennis player, basketballer, Logie award winner, and radio host has even started his own music festival. He speaks to Kurt Fearnley about winning six Australian Opens, and his desire to inspire people with disability.

Beyond thrilled to talk to some extraordinary Australians! Also excited to be on a new adventure with the great people at @ABCTV. #OnePlusOne twitter.com/jc_cummins/sta…

Good to have this little gem of a show back on our screens. I hope Kurt Fearnley does a good job in the hosting role.

Looking forward to watching Kurt’s chat with Dylan this week. 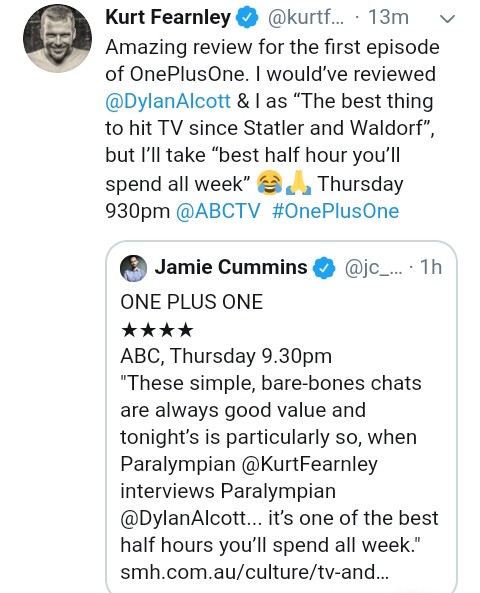 'I hated the person I was': Australian Open champion Dylan Alcott on how...

Dylan Alcott is well known for his many successes both on the tennis court and in the media, but in an interview with Kurt Fearnley for One Plus One, he shares his early struggles and explains how sport turned it all around.

Celebrated chef Josh Niland shows Kurt Fearnley around the kitchen, and chats to him about sustainability, surviving childhood cancer, and winning the prestigious James Beard Book of the Year.

Niland was guest chef at an elimination challenge on MasterChef Australia earlier this year.

EDIT: each new episode from this series will premiere on ABC Australia satellite service across Asia-Pacific region at 2.30pm AEST on Fridays, the day after it’s shown in Australia.

Tonight’s ABC News 7pm bulletin had a snippet of an upcoming episode featuring world No.1 tennis player Ashleigh Barty. The interview was filmed at an outside court of Queensland Tennis Centre in Brisbane, before she announced today that she would not compete in the US Open in September.

Eliza Ault-Connell was just 16 years old when she lost her legs and fingers to meningococcal disease.

In this weeks episode, she speaks to Kurt Fearnley about representing Australia in wheelchair racing, how her plans to return to the Paralympics this year have been impacted by coronavirus, and her work with Meningococcal Australia.

How Meningococcal changed the life of Paralympian ELIZA AULT-CONNELL on this...

In this weeks episode, she speaks to Kurt Fearnley about representing Australia in wheelchair racing, how her plans to return to the Paralympics this year