Not sure what was worse last night - the Roosters, or the picture quality on 9Go!.

Should’ve been on the main channel in Melbourne.

or the picture quality on 9Go!.

They should make all TV channels HD it’s 2021. Is it really that costly to do so? And also I think 99% of TV’s nowadays have HD.

The networks could move most, if not every service on its multiplex to HD with MPEG-4 compression if it so chose.

The downside is that viewers with older equipment that only supports MPEG-2 (most TVs/STBs/PVRs prior to 2011) will lose access to these channels.

Given the State Of Origin only got 149k last Sunday, it probably wasn’t going to get good enough numbers. And AFL was on 7 last night too.

I don’t get how the channel that has rights to the NRL uses their own journalists to break stories that put it in a bad light? I can understand something like Hayne etc… But to report a party which subsequently got Dragons players fined (Who gets the money? not the cops) and one of its players suspended for 8 weeks, I don’t understand what it achieves from the perspective of channel 9? Danny Wiedler broke the story I believe?

I dont know the full details but I do find it funny these players walk into the stadium with masks but then they get inside the dressing rooms and no masks, they acting like normal with their team mates and employees so if they go and party somewhere afterward after being together all day/night I don’t see the risk unless outsiders were involved and also it was in Shell Harbour away from the city center where I am sure a lot of other parties would still be going on down there.

It is good they are getting punished for thinking they are above the law but like I said the specifics of the situation and why it;s own channel would dog them like that I dont get?

Shellharbour is in lockdown too.

The players are also supposed to be in a bubble and not having more than 5 visitors at their house.

It’s a story in the public interest - if Nine didn’t report on it, they would be called out by others for not covering it.

How weird is that

Leila McKinnon hosting Origin from the ground on the Gold Coast!

Both New South Wales and Queensland have plenty to play for in the high-stakes drama of Game 3 of the Ampol State of Origin series, broadcast EXCLUSIVELY LIVE on Channel 9 and 9Now from 7.00pm AEST tonight.

Gold Coast’s Cbus Super Stadium is the new site for this unmissable state versus state, mate versus mate spectacle.

A Blues victory means the first series clean sweep for NSW in 21 years, and being one step closer to evening up the ledger against their eternal northern foes.

For the Maroons, they will be doing all they can to prevent a historically one-sided series loss, and to restore pride back into the hallowed Maroon jersey.

The Maroons will field their strongest side in this year’s series, with star fullback Kalyn Ponga returning from injury to spark their attack. He’ll be assisted by young Cowboys speedster Hamiso Tabuai-Fidow who makes his Origin debut in a backline that has been in need of some extra firepower to match NSW’s potent lineup.

The Blues, missing two of their shining lights, Nathan Cleary and Jarome Luai, due to injury, have a new halves combination never tested at Origin level: Mitchell Moses in his debut and experienced campaigner Jack Wighton.

With so much on the line in this anticipated showdown, anything could be possible despite the results of the first two clashes.

Comedy duo Roy and HG return with their own brand of hilarious storytelling, tonight ruminating over what the future holds for country rugby league.

A live blog will be available on Wide World of Sports, run by NSW and QLD legends Peter Sterling and Darren Lockyer, offering their thoughts live on every big play and crucial moment.

I think Radiohead does know, given that he lives in NSW and does watch the news, etc.

Doesn’t make Leila McKinnon (who IIRC lives in Byron Bay, but may have been able to get up North due to QLD allowing some leerway for residents North of Coffs Harbour) any less of a bizarre choice for footy coverage though!

I think they were able to travel last year, at least some of them anyway.

Even if not, I would have thought they would have gone for more of a QLD based rugby league personality to host locally, Paul Vautin or Wally Lewis perhaps.

Where does Vautin live these days?

I think he lives on the Gold Coast?

I think it’s because she is QLD based.

If they couldn’t get Vautin, or Wally Lewis to host, or an exemption for someone from Sydney to go up, there probably wasn’t much in the way of other options.

Leila is doing a good job though. 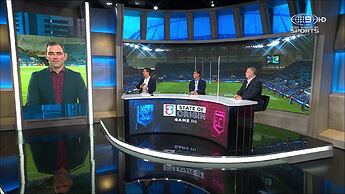 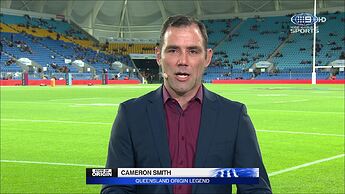 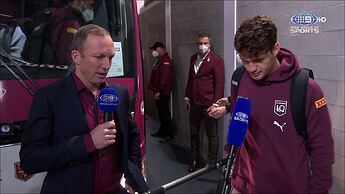 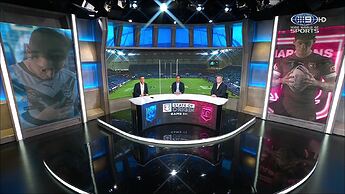 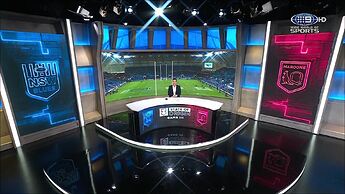 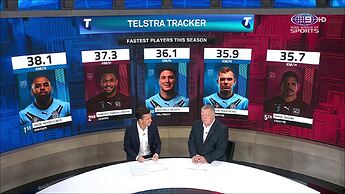 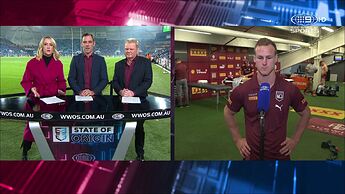 McKinnon lives in Byron Bay, NSW, though they also own a house in Bellevue Hill in Sydney’s eastern suburbs. 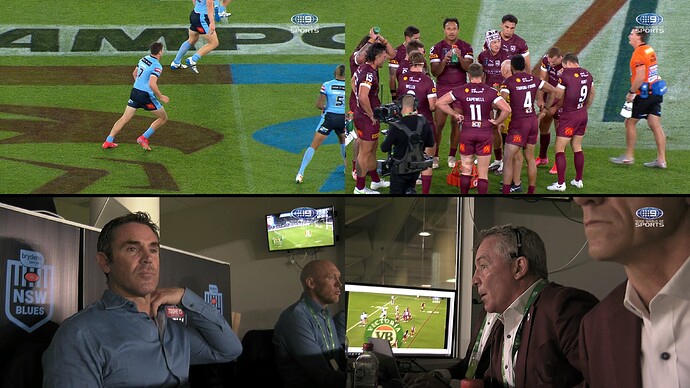