As noted, the NRL is about to enter negotiations with free-to-air networks to chase a new TV deal.

Summary of information in the recent Courier Mail article:

Fingers crossed for a new FTA broadcaster with this next NRL broadcast deal. After three decades on Nine, the time for a new approach to coverage of the most popular Winter sport in NSW & Queensland is well overdue.

The problem is what will Nine replace it with during the season? Also Nine have let go the rights to the netball. If Seven pick up it that would be huge for them since they have Australia’s two biggest sports.

“netball”. Nine has lost it, so Rothfield is a little clueless there. It’s a column of nothing really, like most of his Telegraph columns. Rothfield and Sharp are the gossip clowns.

It’s a different situation to what Seven was facing in 1999-2000 when its AFL rights was up for renewal, this time only the FTA component is up for grabs for rugby league.

The problem is what will Nine replace it with during the season?

Nine will be hoping that by 2023, Super Rugby competitions in Australia and NZ will be unified again (assuming South African teams will be playing in a separate competition in Europe) so it can put more matches on FTA.

That “article” is much supposition

NRL on 7 will be a revolution. 7 aired the last two Rugby League World Cups on 7mate.

Stan is the RU network. Nine has one rugby game a week on a multichannel. Nine has also lost the netball.

I believe Nine will keep Rugby League. AFL rights runs until the end of 2024 for Seven, and don’t they have money problems now as it is. Can they afford league as well.

Unless they change tack, I don’t 10 will be seriously interested

NRL would be good for 10.
But we know that won’t happen…

And the other way around in Victoria, SA and WA.

This would also be a step in the right direction for Seven if they are to reclaim its mantle as the most-watched network in Australia.

Channel 7 have been preparing for this for years. If anyone is going to go for it, it’s probably them. 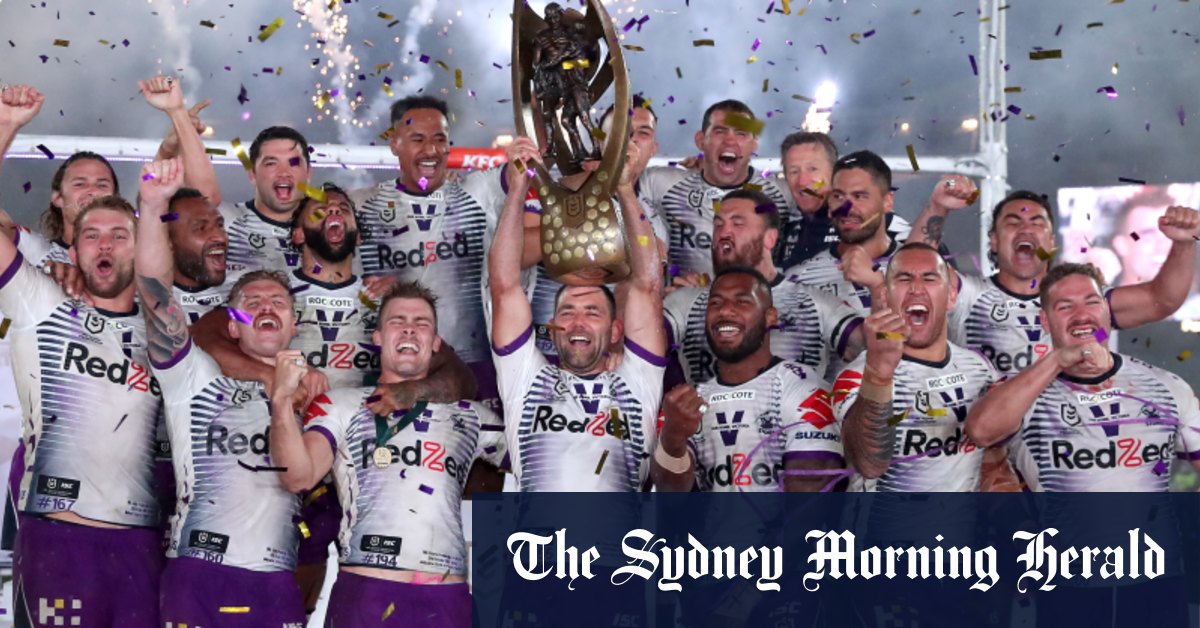 Having come through the pandemic in relatively sound financial health, the NRL will now turn its attention to striking a new free-to-air television deal.

The (16 NRL) clubs were told Ten were not in a position to make a bid, while Seven’s offer was only half that of Nine. Further, Seven was seeking a revenue-share model rather than a guaranteed sum, making it a less enticing proposal than the bid from the incumbent free-to-air provider.

The clubs were told that free-to-air negotiations would commence this year and that there was a chance of three bidders providing competitive tension. However, Seven’s involvement could be contingent on whether it could extricate itself from its current agreement to broadcast the cricket.

Sounds like a terrible broadcast future for the NRL. Foxtel have the rights up until 2027??

What don’t you understand?

It’s been pretty obvious over the last 12/18 months that 10s owners (ViacomCBS) are no longer seeking sports deals and it’s currently not their business model in the Australian market.

that they need a major sport, would Foxtel mind if they had live sport of NRL on Paramount + as well as linear TV.

Yeah most likely… try telling that to the VicomeCBS board in New York.

VicomeCBS board in New York.

No, the CBS board would listen. It’s the Viacom idiots in London who are tone deaf.