Nowhere Boys discussion continues here. Archived Topic
The movie Nowhere Boys: The Book of Shadows which is a continuation of the series is in cinemas.

In cinemas today, but early reviews are already divided on the Nowhere Boys film.

2 posts were merged into an existing topic: ABC3 Programs and Schedule

###Nowhere Boys: The Book of Shadows 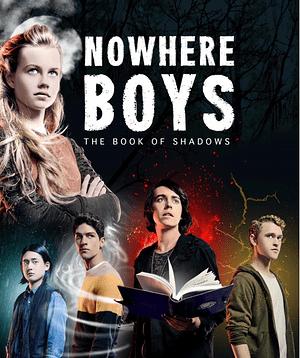 A year on from having crossed dimensions, discovered magic, and battled the Restoring Demon in their own backyards, the Nowhere Boys – Felix, Andy, Jake and Sam – are back home in Bremin and are struggling with everyday teenage life. Felix has high hopes for the four heroes. He wants them to push the limits of their magical ability, working as a team to become masters of the arcane. But although he’s unwilling to admit it, the boys have grown apart.

The boys, once in perfect magical and elemental alignment, are a tangle of rivalry and distrust. On the verge of separating, the Nowhere Boys are drawn together for one last spell when Felix discovers a magically sealed ‘Book of Shadows’. Unwittingly this releases a powerful force of chaos, and the gang is reluctantly drawn into a showdown that threatens their world and all they love…

Nowhere Boys: The Book of Shadows

This is the feature length film that premiered in cinemas on 1 January. Probably wasted being shown on ABC3 though.

The International Academy of Television Arts & Sciences announced tonight the winners of the 4th International Emmy® Kids Awards which took place for the first time at MIPTV, in Cannes, in partnership with Reed MIDEM. 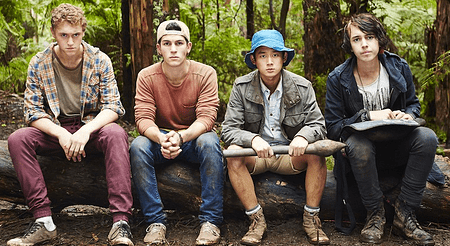 ABC3 and Matchbox Pictures hit series for teens, Nowhere Boys, has been recognised at the 4th International Emmy Kids Awards

Nowhere Boys joined winners from Japan, Norway, The Netherlands and the UK at these prominent industry awards, which recognise and showcase the world’s best children’s television.

“Nowhere Boys sets a new benchmark for exciting, bold and contemporary storytelling, and demonstrates our older children’s strategy at work. It’s an engaging and unique Australian program with strong international sales appeal, and is enjoyed by kids, teens and grown-ups alike,” said Finlayson.

“We are proud to be working in collaboration with Matchbox Pictures on this returning series, and our congratulations go to them and ABC Children’s team on winning this prestigious award.”

The series has already been recognised with multiple awards, including the Logie Award for Most Outstanding Children’s Program (2014 & 2015), and the Screen Producers Australia Award for Best Children’s Television Production (2014 & 2015). Earlier this year, Nowhere Boys was awarded as the Best Non-Animated or Mixed Series in the Tweens/Teens category at Kidscreen in Miami, and the Banff World Media Festival Rockie Award for Youth Fiction.

Nowhere Boys: Series 3 will soon go into production and will screen later this year on ABC3 and iview.

Back in the fictional town of Bremin, the series picks up a few years after the epic battle in which the original Nowhere Boys sacrificed their powers to restore order. 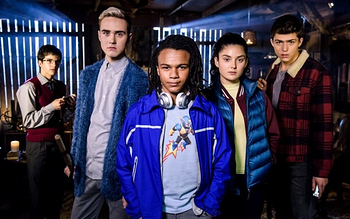 This November we return to Bremin to meet a whole new group of Nowhere Boys (including our first Nowhere Girl!) when Nowhere Boys: Two Moons Rising premieres on ABC ME. Series three of the Emmy Award winning show returns with a double episode on Friday, 11 November at 6:00pm, with new episodes dropping on Fridays at 6:20pm following its debut.

Friday, 11 November at 6:00pm, with new episodes dropping on Fridays at 6:20pm following its debut.

Why are they picking such horrible timeslots for their first run Australian scripted series on this channel?

It doesn’t seem like it would find its widest possible audience on Fridays at 6.20pm. Why do they constantly slot these shows against Neighbours when a lot of the potential audience would like to watch both?

This really seems like it should have a 7.30 timeslot.

This really seems like it should have a 7.30 timeslot.

That would make more sense although I don’t know which is their highest rating timeslot of the day. And surely Monday or Tuesday would attract more viewers than a Friday night.

Some programs like Home & Away have dropped Friday episodes because they had been rating so badly.

Usually 7pm and 7.30pm are the top time prime slots.

Usually 7pm and 7.30pm are the top time prime slots.

The next episode is now scheduled for Monday at 7.30pm. What? Is someone from ABC programming reading our comments here???

No that’s just a repeat of the Friday befores episode. New episodes are still Fridays at 6:20pm.

OK Thanks. That’s odd.The repeat gets the prime slot. 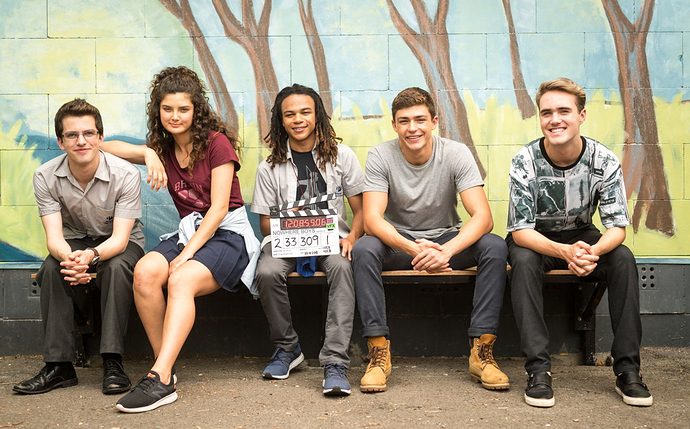 Production is underway on the fourth season of the Emmy® award-winning series Nowhere Boys.

Currently filming in and around Melbourne, the 13 x 30 min supernatural action, adventure series will premiere later this year on ABC ME and the ABC ME app.

This year, the gang return from a summer of magical training more powerful than ever – and with a new member. But the New Year brings new threats, when a series of elemental attacks hit Bremin. The gang fear their powers are the cause of the trouble as dark, chaotic forces descend, challenging the gang’s unity as they battle to save the entire multiverse.

The Nowhere Boys must balance their personal lives with their magical obligations. Growing up is hard enough without having to rescue the multiverse as well, as the gang search for their place in the world. What will they sacrifice for each other?

Returning cast Kamil Ellis (Luke), Joe Klocek (Heath), William McKenna (Ben), Jordie Race-Coldrey (Jesse), and Luca Sardelis (Nicco) are joined this season by musician Joel Ma (aka Joelistics) in his TV debut as Zeb and Elaine Crombie (Top Of The Lake, Black Comedy) as Brianna. This season also sees a special return from one of the original Nowhere Boys. But, you’ll just have to wait to see who might be back in Bremin…

Behind the camera, Nick Verso (Boys in the Trees, Grace Beside Me) and Sian Davies (Miss Fisher’s Murder Mysteries, House Husbands) return to direct, alongside Catriona McKenzie (Harrow, The Warriors) and Goran Stolevski, whose short film Would You Look at Her just won in competition at Sundance Film Festival 2018, will make his TV directorial debut. The Nowhere Boys story has been crafted by some of Australia’s top writers – many of whom are returning to the world of Nowhere Boys again – including David Hannam, Jessica Brookman, Marieke Hardy, Beth King and Craig Irvin.

Michael Carrington, Head of ABC Children’s Television, said: “Nowhere Boys has been a huge hit with the ABC ME audience since its premiere in 2012 and we’re thrilled to be working with Matchbox Pictures again to offer fans another instalment of this outstanding action-packed series. The announcement of one of the original Nowhere Boys returning for this series will add to fans excitement and anticipation.”

Series Producer, Beth Frey, said: “We are so thrilled to get the Nowhere Boys back together and start filming in locations across Melbourne. This season the stakes are higher than ever - more mystery, action, fun, adventure with loads of stunts and special effects. I really think the fans will love the direction as we push deeper into the mythology and origins of magic in Bremin.”

Since launching in 2012 Nowhere Boys has proven to be a critical and commercial hit, both in Australia and internationally. The show has won 18 International Awards with a further 23 nominations including winning an International Emmy® Award, two TV Week Logie Awards, an AACTA Award, three Kidscreen Awards and two BAFTA Nominations amongst others. The show has now been sold into 180 territories worldwide and launched international careers for the young cast.

Screen Australia Investment Manager, Shana Levine, said: “We’re thrilled to again support the production of Nowhere Boys, which has become one of Australia’s most beloved children’s titles. It’s imperative that Australians can hear their own voices and see their own stories on screen, no matter what age they are, and we congratulate the ABC in not only commissioning season four but making the series available on multiple devices to meet the demands of this teenage audience.”

Film Victoria CEO, Caroline Pitcher, said: “We’re delighted to support the return of Nowhere Boys, a firm favourite with Australian audiences that has showcased locally-made young adult content to the world. Not only will the Melbourne-made production deliver a significant boost to the state’s economy, providing employment for more than 300 Victorians, it includes important skills development opportunities for four early-mid career practitioners, via Film Victoria’s Placement and Attachment programs.”

Production credits: Produced by Matchbox Pictures; Producer Beth Frey, Executive Producers Tony Ayres and Michael McMahon. Major investment from the ABC, Screen Australia and state investment from Film Victoria. ABC are distributing in Australia and New Zealand while NBCUniversal International Distribution will distribute the series in all other territories.