compared to WIN’s usual website I think it’s not bad. Certainly needs tweaking, though. They include the 10 logos at the top of the page but under the heading “Why TV” it talks only about Nine.

And at the bottom of the page, the big red button “Lets Talk”, skipping an apostrophe. Ugh!

btw needs the .au at the end? It didn’t work when i just clicked on the .com link?

TV ADVERTISING WORKS!, Right now, it's never been more affordable. What an opportunity for you to take advantage of Australia's most loved media platform and grow your business like never before.

The reason Ten is included is because of their Northern NSW station, otherwise they would have also included the Seven channels on that site.

Interesting that Mildura has a younger population base than Griffith and Mount Gambier according to the table.

Yeah I get that, the issue is not that the Ten logos are included but rather that in the spiel that follows it only talks about Nine: “Night after night, Nine is the place where love and passion, dreams and drama, magic and reality come alive.”

If the website is covering both bases in terms of Nine and Ten then the copy should be inclusive. Not saying it needs a major re-write but just a tweak.

Shouldn’t be mentioning 10 at all since SCA took over sales of WIN10. If it’s mentioned because of the solus markets then why isn’t Seven mentioned too?

SCA have national sales, whereas local is with Nine. 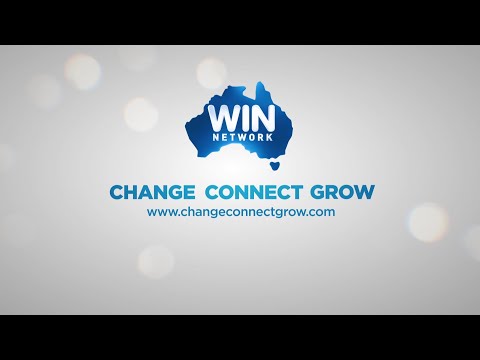 In 2016 WIN launched 9Life and 9HD so they reshuffled all their channels to mirror the metro order. GOLD was moved to 86 and GOLD 2 was killed off.

and Gold 2 was killed off.

It was replaced by Extra, which only lasted for a few months and disappeared when the 2016 affiliation swap happened. I am surprised WIN haven’t replaced TVSN with Extra.

I am surprised WIN haven’t replaced TVSN with Extra.

I’m sure there’s a reason why they don’t. Obvious one would be pre-existing contracts.
Financially I think it would be in WINs interests to not take on Extra - wouldn’t they be paying NEC for a channel they (WIN) wouldn’t make any revenue from?

What I mean is that GOLD and GOLD2 swapped LCNs:

Financially I think it would be in WINs interests to not take on Extra - wouldn’t they be paying NEC for a channel they (WIN) wouldn’t make any revenue from?

I think it’s more likely we see Extra replacing GOLD with the way WIN and Nine’s business relationship is going of late.

I don’t think anyone really knows why, but I will say this;

On November 23rd 2015, WIN would have been briefed on Nine’s imminent changes with 9HD/9Life/renumbering about to launch in the days ahead. There is no doubt WIN would have been working out what to do and how they’ll renegotiate in January. They could have discovered that it was easier moving GOLD 2 (a timeshifted copy of GOLD) to another encoder at playout in preparation for the changes ahead.

On the Sunshine Coast tonight, there were playout issues, WIN crashed into the Nine News sports segment with the 1st report already half read, and the bulletin crashed out near the end of Luke’s leisure report straight into ACA. Not good.

Was it ever really “together”?
It’s been on a slow downwards spiral ever since the mid 90s.

The sooner WIN gets swallowed up by Nine and moves all WIN Nine playout to Frenchs Forest, the better.

I’m sure the dozens of employees at Mediahub appreciate your sentiments.

Yes, even if they could keep their jobs in such a move, I’m not sure those working at Ingleburn would want to commute to Frenchs Forest, probably over an hour away, instead.

Don’t forget when Media Hub started, many people lost their jobs in Rockhampton, Wollongong, Ballarat, Mt Gambier, Hobart and those around Australia who formerly worked at the ABC. Business is business in the never-ending quest to cut costs where there is no loyalty to anyone anymore.