QUARTER FINALS LIVE AND FREE ON CHANNEL 9HD AND 9NOW

The Novak Djokovic juggernaut rolls into the quarter finals on Day 10 of the 2023 Australian Open with Andrey Rublev, Karolina Pliskova and Aryna Sabalenka all featuring on Channel 9HD and 9Now from 11.00am.

In the night session, 25-year-old Andrey Rublev is on the hunt to stop nine-time Australian Open ChampionDjokovic, who is chasing a record equalling 26th straight win on Rod Laver Arena, set by Monica Seles.

World no. 5 Aryna Sabalenka comes up against Croatian Donna Vekic who has dominated her competition so far to make it into her first-ever quarter final of the Australian Open.

In the day session, the American Tommy Paul, fresh from upsetting Roberto Bautista Agut on his way to the quarters, meets his countryman in 20-year-old emerging star Ben Shelton.

9Now has every match, every court available on device of your choosing, in full HD, with the new start-over button allowing fans to watch from the start of each session. 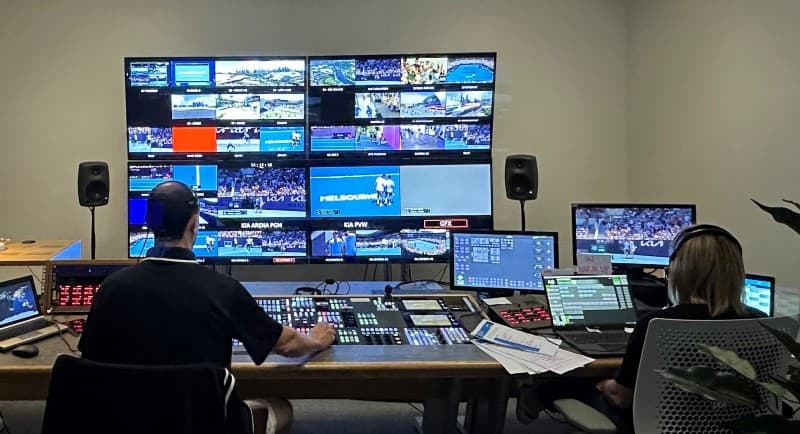 Gravity Media and Tennis Australia have detailed their expanding broadcast and technology partnership with the Australian Open.

Their boss here Saul Shtein oversaw Seven’s Aus Open for 15 years, similarly for the Olympics and Comm Games. I’m sure no coincidence. Many on TA’s broadcast team used to work for Seven too, a few still do with permission and now many from Nine both in-house and in collab with them these days.

But I believe Seven and Gravity have now fallen out, remember in media last year there was some legal dispute over technology from Tokyo 2020 they wouldn’t allow access to before Beijing Winter or was it Birmingham? Considering he was let go from Seven originally, it seemed strange to me in the first place. I guess cheaper for Seven to outsource some.

Wednesday finished at 12:10 am 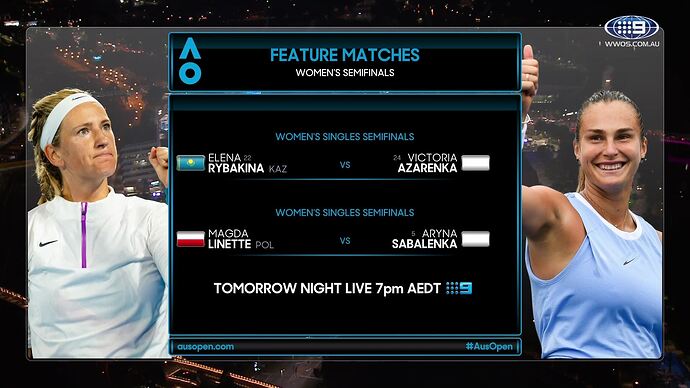 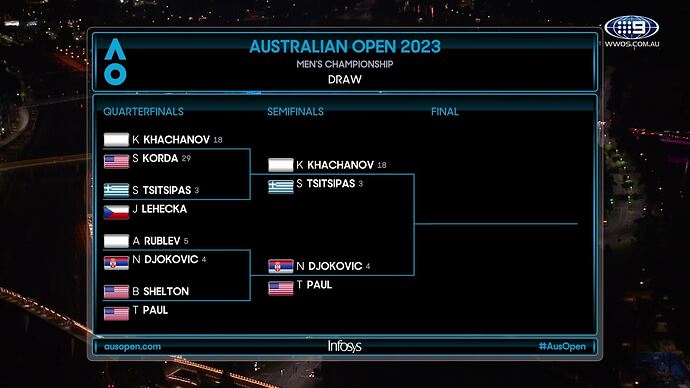 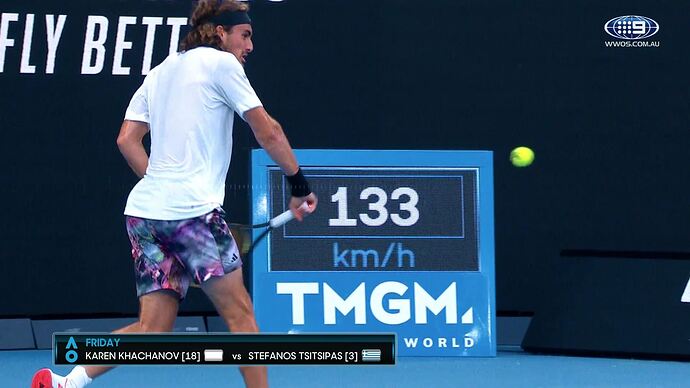 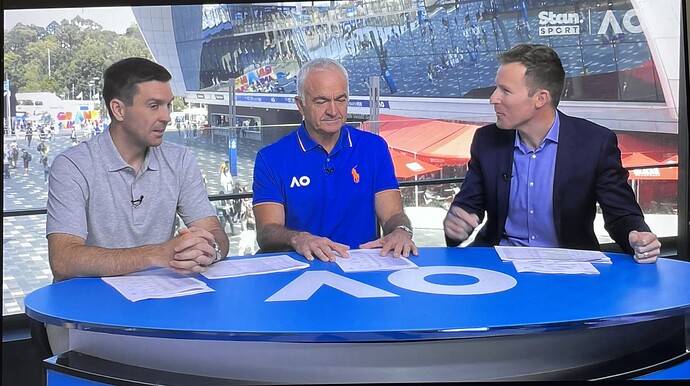 I think the man in the middle is Wally Masur.

Wilkinson, Masters, Alexander, Pratt were all on 7 doing the TA World Feed coverage

Yes the great Wally Masur. And wasn’t Chris Stubbs recently at Seven (returning having been there some 20 years earlier), also hosting was it a feed for Tokyo Olympics or Birmingham Comm Games?

It’s down the final four in the Men’s draw on Day 12 of the 2023 Australian Open with both semi finals back-to-back on Channel 9HD and 9Now.

First up at 2.30pm it’s crowd favourite Stefanos Tsitsipas (world No.4) facing a tricky match-up against Karen Khachanov in what promises to be a closely fought encounter, with the winner going through to their first Australian Open final.

Then from 7.30pm, Novak Djokovic’s quest for Australian Open title No.10 meets its next victim, American Tommy Paul, as the Serbian maestro looks to book his date with history in Sunday’s final.

If Paul can pull off an upset he will be the first American since Andre Agassi in 2003 to make a Men’s Australian Open final.

Novak Djokovic is on the quest to secure his tenth Australian Open Title, as he plays Tommy Paul tonight at Rod Laver Arena
from 7:30pm Channel 9HD and 9Now

9Now has every match, every court available on device of your choosing, in full HD, with the new start-over button allowing fans to watch from the start of each session.

Chris Stubbs recently at Seven (returning having been there some 20 years earlier), also hosting was it a feed for Tokyo Olympics or Birmingham Comm Games?

Obviously was a freelance deal.

Jeez you’d think they have scheduled the mens matches the wrong way. Tsistipas/Kachanov match up much more appealing and should be the night match.

Jeez you’d think they have scheduled the mens matches the wrong way. Tsistipas/Kachanov match up much more appealing and should be the night match

From a TV perspective at least, Joker’s straight sets Quarter did between 500k-600k metro the other night (significantly higher than Tsitsipas’ thriller), should be even higher tonight, so right call by TA and for their domestic partner Nine at least. And being a Friday, that should also see some huge shares again tonight, regardless of the contest/result. But I think it’s more Djokovic prefers and plays better under lights on RLA, likes the moisture in the air and heavier/slower ball. As highe… 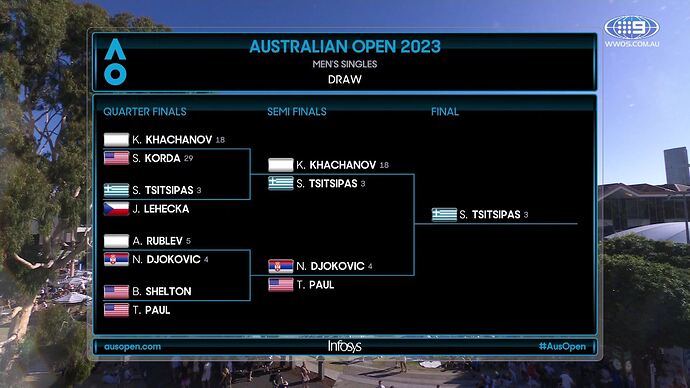 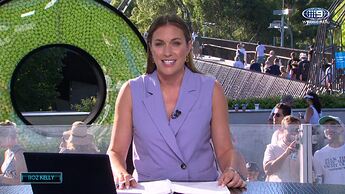 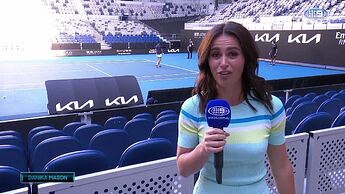 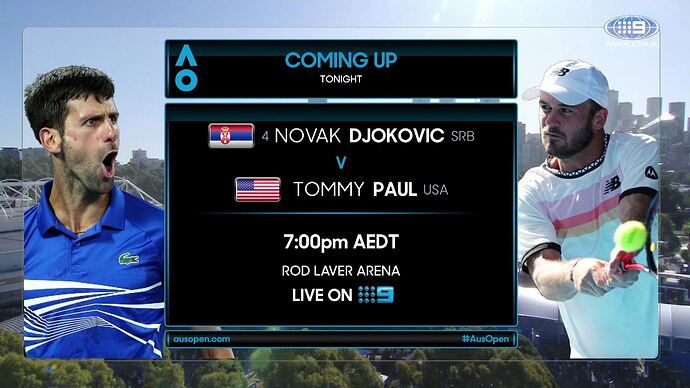 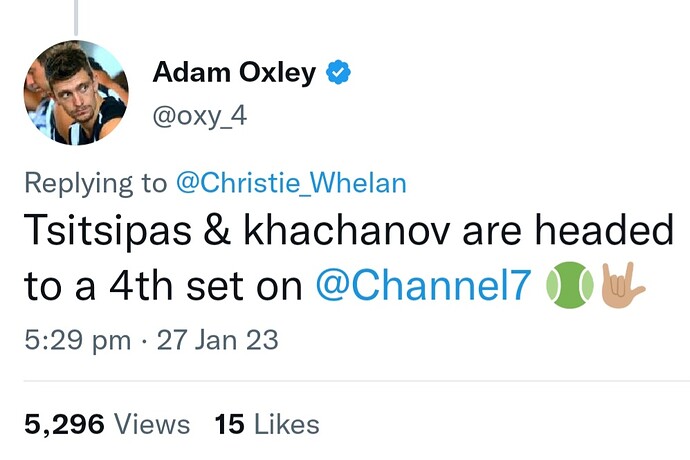 Was in response to this, also relevant: 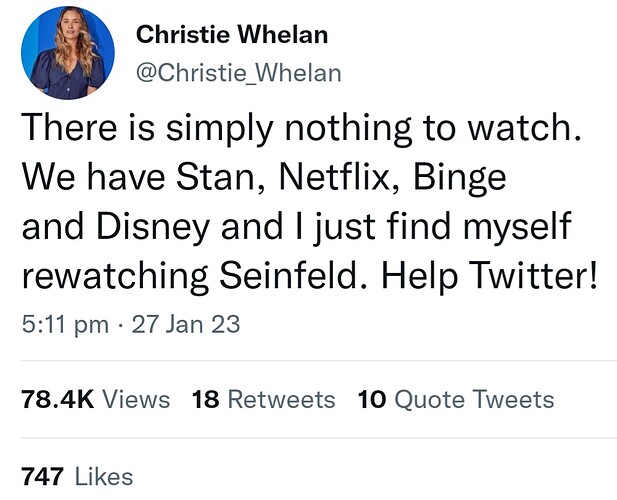 What sort of ratings may we expect for the women’s and men’s finals this weekend?

Stating the obvious that ratings have been much softer this year - semi finals really around 500k. Obviously we won’t go anywhere near Bartys number last year but I’m not confident it will crack the million. Hope to be proved wrong but all sports in the last 12 months seem to have a smaller linear FTA audience.