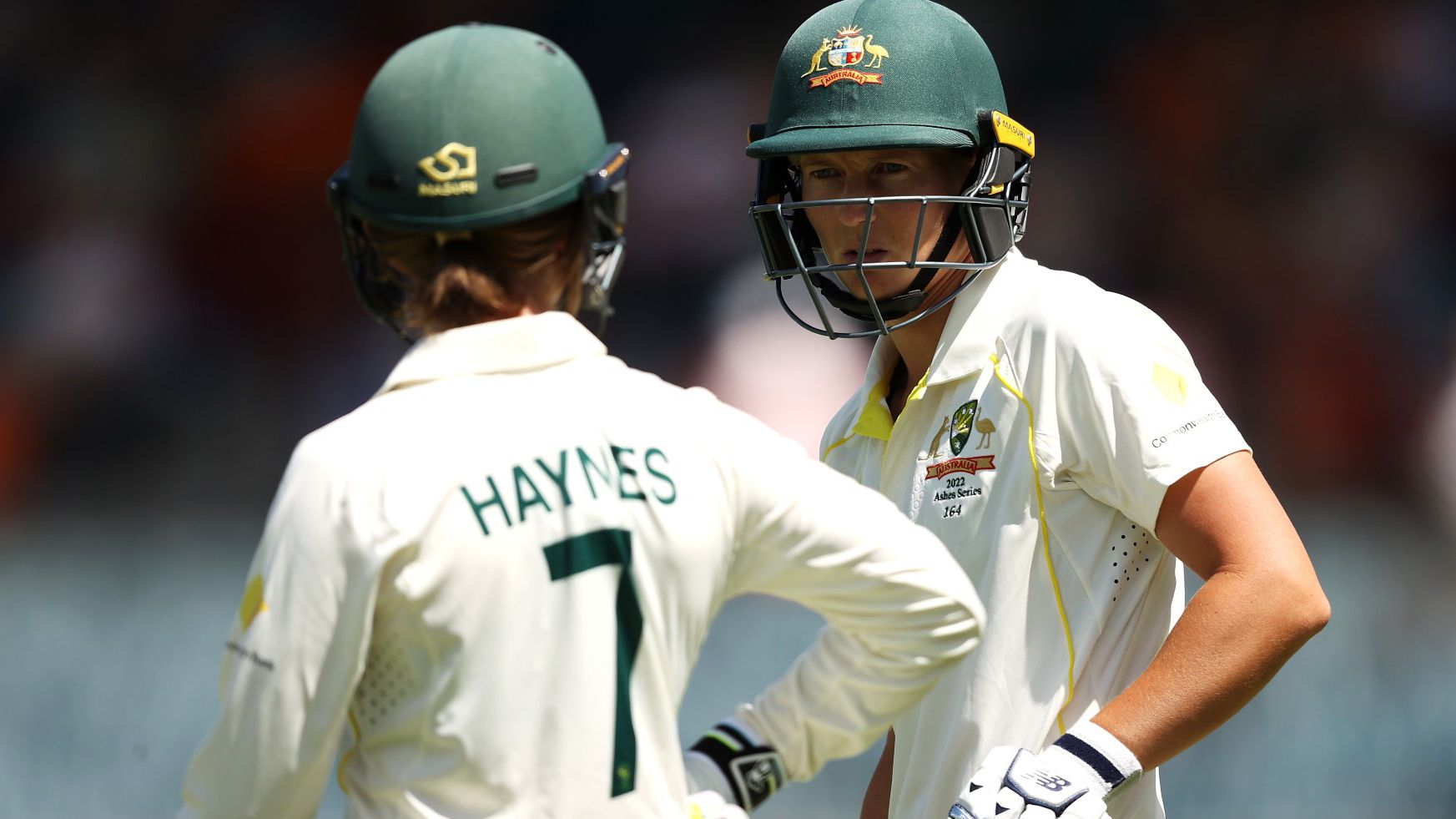 History made as 2023 Ashes schedule revealed

The third men’s Ashes test at Headingley (July 6-10) will take place in the middle of 2023 Wimbledon championships, which start on July 3 and finish on July 16. Nine has the broadcast rights to both Ashes and Wimbledon.

This is the last time the women’s Ashes will be played in the same season as the men’s. The next edition will be staged in Australia in 2025-26, one year before the next men’s Ashes Down Under.
A three-game ODI tour of Ireland will follow the Women’s Ashes, with dates and venues yet to be revealed.

EDIT: Here is the schedule with UK start times 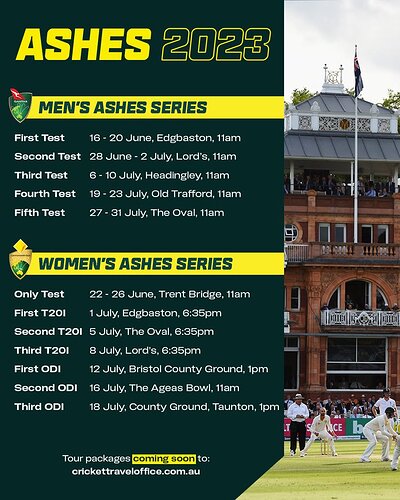 The ICC also announced today that the final of the ongoing ICC World Test Championship will be held at The Oval in June 2023, while Lord’s will stage the final of the next edition, in 2025.

Just saw a promo on Nine showing that T20 is now on Nine/9Now.

It is Australia’s first group game in the tournament, against New Zealand at the SCG (6pm AEDT start).

The deal is for Aussie games and the Semi Finals and Final.