She’s been through a few producers already…

Yeah. Johnny, Slaine, Rorie, now Brin. Lol It was quite funny hearing her put on the crocodile tears last night pretending she was upset about the latest one leaving.

Yeah. Johnny, Slaine, Rorie, now Brin. Lol It was quite funny hearing her put on the crocodile tears last night pretending she was upset about the latest one leaving.

The producer for Mark and Leah who took over from Mark Peard also departed recently for SCA in Australia.

Will be interesting to see if NZME keep Stacey and Mike as a pair next year, if they bring in a third host, or they’re replaced completely.

Whoa - that’s a bit of a shakeup for both NZME and MediaWorks! 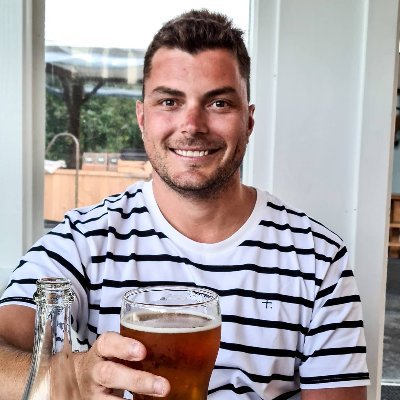 @ChrisReeder_
Extremely excited to have the incredibly talented @MilesDavisLive joining @TodayFM_nz full time as overnights host from mid December! A legendary broadcaster who will bring so much to our late night offerings!
Reece November 12, 2022, 7:28am #3429

Great to see Miles given a fulltime roll, hopefully this translates into a good stable audience for overnights. 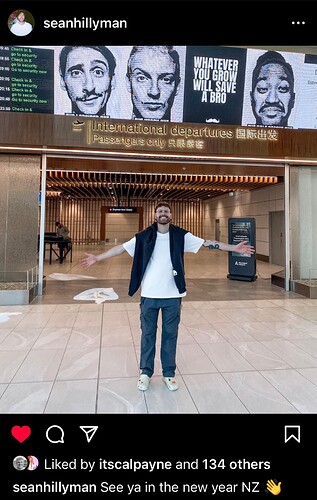 Good get for Today FM.
I’m sure everyone is doing their best but I find their overnights show almost unlistenable.
On another note, Roman Travers on ZB is a great listen, think they’ll give him a bigger audience in the near future

I can’t stand Roman Travis. He shouts, tries to be funny, and can be rude. I have been enjoying Today FM overnights since changing over from Newstalk. Brin and Angie are easy to listen to overnight, disappointing to hear they are leaving, but Miles will be great.

@Michael_Eccles With Sean Hill now overseas, a number of guests will temporarily take over as rotating hosts of The Edge Nights (7pm-12am). Sean will return to the airwaves next year.

On another note, has Ali Leonard left The Breeze? Sarah Van Der Klay listed as day announcer for all stations on their website.

Just circling back to this - very odd that it doesn’t seem to have been picked up anywhere and no explanation available.

Sue White has posted online meanwhile that she is being made redundant at Christmas from Magic. Guess they are going a reduced roster next year…there was an ad recently someone posted.

Sue White has posted online meanwhile that she is being made redundant at Christmas from Magic.

What a shame for Sue, especially after taking on the Magic role this year. Another brutal radio axing for the history books.

I reckon this is what they need to do with Today FM. Thoughts?

That is too bad, that White is leaving Magic. Not too sure why, as she hadnt even been there long. I used to be an advid listener to that station, but not so much now as they started putting more 1980’s music into its playlist. Same thing happened with Coast in 2014. Sad really.

I reckon this is what they need to do with Today FM. Thoughts?

@nztv I like your proposed Today FM schedule, but I wish Jack Tame (who was named “Best Presenter: News and Current Affairs” at the New Zealand Television Awards recently) would jump across from Newstalk ZB (in which he hosts his Saturday morning programme) to Today FM.

When Magic began in 2015 it initially played the greatest music of the 50s, 60s and 70s to cater for the baby boomer generation, i.e. all Kiwis aged 50+. But after nearly eight years on air, it was decided by MediaWorks that music from the 80s would be added to Magic’s playlist. To me, Magic plays ‘the greatest music of all time… from the 50s to the 80s’!

To me it just kills the station vibe. I really dont want to tune into this station to listen to the likes of Whitney Houston, Tina Turner or John Farnham. There are plenty of other brands for that, ie The Breeze, Coast, etc. I do accept that a radio station isnt going to play every single song I like, but still I prefer more Crystal Gale and less Huey Lewis.

Still listen to Magic Jukebox on Saturday and Classic Country on Sunday, but not really sure how long these will carry on into 2023, as mentioned upthreat, Mark Leishman is possibly leaving, and the station might rejig its playlist after that.

For over 40 years Mark Leishman has worked in the broadcasting business as a presenter across TV and radio.

In addition to his work in radio (e.g. Tonight Show on RNZ’s Community Network at the time), Mark had hosted a number of television shows such as Today Tonight, Telequest, Top Town, That’s Fairly Interesting, Mud and Glory, The Paradise Picture Show, Jeopardy!, Wonder Dogs and many more, and had also worked behind the scenes as a producer and director. More recently he has presented Country TV’s rural programmes, The Daily Report and Point of View.

In the 2000s, Mark returned to radio and had worked at The Breeze before jumping ship to Magic as its breakfast host. When Mark leaves Magic at the end of this year, I’d like to wish him good luck and all the best for his retirement.

Murray Lindsay has worked in the radio business for over 45 years and has been with Magic since 2017. He is also leaving but I do want to wish him the very best for his retirement too.

In fact, I first met Mark and Murray at The Very Vintage Day Out in 2018 as part of my trip to Auckland. I have been listening to Magic’s music in recent times and Mark Smith, who has been with Magic since the start, signed me an autograph and encouraged me to continue listening to Magic via live streaming on the rova app.